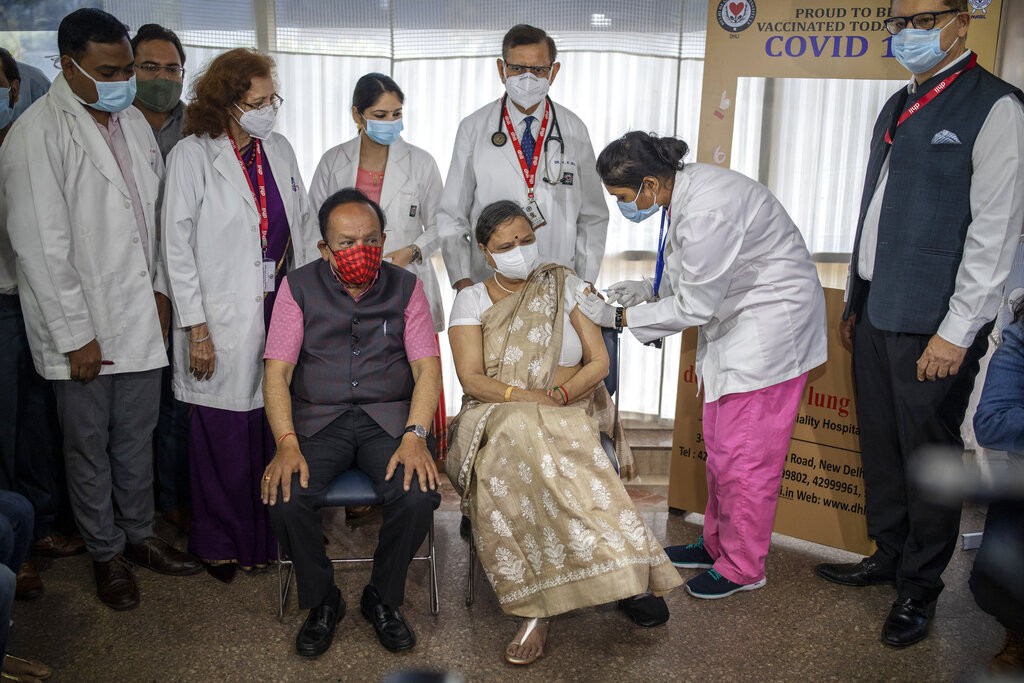 BEIJING/NEW DELHI (Reuters) - China on Tuesday rejected an allegation by a cyber intelligence firm that a state-backed hacking group targeted the IT systems of two Indian coronavirus vaccine makers.

Cyfirma told Reuters that hacking group APT10, known as Stone Panda, had identified gaps and vulnerabilities in the IT infrastructure and supply chain software of Bharat Biotech and the Serum Institute of India (SII), the world’s largest vaccine maker.

“This behavior is irresponsible and has an ulterior motive. China firmly opposes it,” it added in a written reply to questions about Cyfirma’s allegations.

Asked to respond to Beijing’s comment, Cyfirma, a company which is backed by investors including Goldman Sachs, said in a statement: “We stand by our findings and research”.

The office of the director-general of the state-run Indian Computer Emergency Response Team (CERT) told Reuters on Monday the hacking matter had been handed to its operations director.

SII is making the Oxford University-AstraZeneca vaccine for many countries and will soon start bulk manufacturing Novavax shots, while Bharat Biotech plans to export its COVAXIN shot to dozens of countries including Brazil and the Philippines.

China and India have both sold or gifted COVID-19 shots to many countries. India produces more than 60% of all vaccines sold in the world.

Relations between the nuclear-armed neighbors soured in June when 20 Indian and four Chinese soldiers were killed in a Himalayan border confrontation. Recent talks have eased tension, and the Chinese foreign ministry said both sides were working towards safeguarding the peace in the border region.

“China and India are using the military-diplomatic channel to communicate about how to properly manage the border situation,” the foreign ministry statement said.

“We hope everyone can work together to stop the spreading of fake information,” it added.