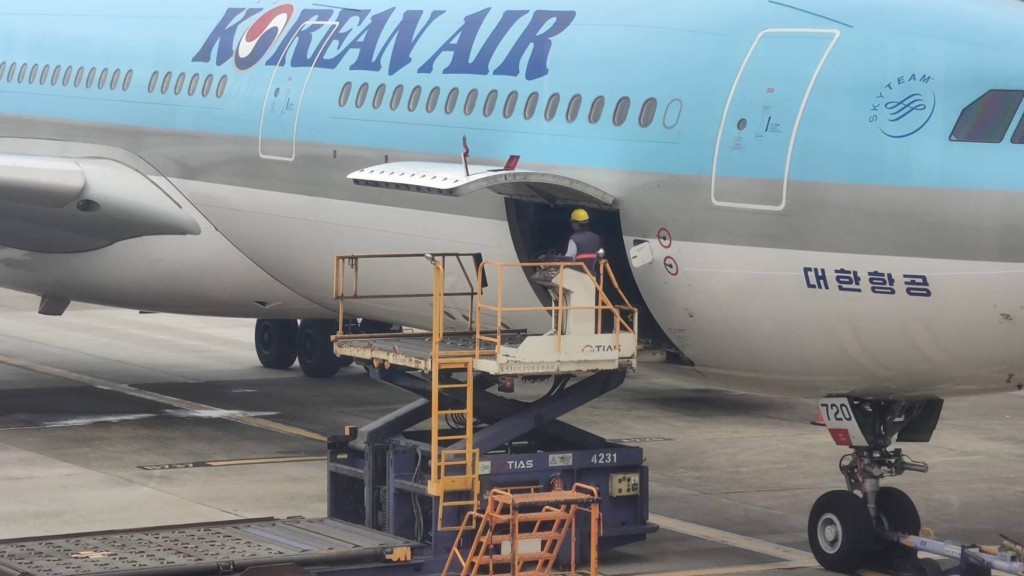 TAIPEI (Taiwan News) – Taiwan has received its first shipment of 117,000 AstraZeneca vaccine doses, the country's health minister said on Wednesday (March 3), stressing that medical workers would be vaccinated as soon as possible.

The first batch of the Oxford-AstraZeneca vaccine arrived from South Korea at 10:21 a.m. on a flight operated by Korean Air, announced Health Minister Chen Shih-chung (陳時中) at a press conference Wednesday afternoon.

The doses were acquired directly from the vaccine supplier, instead of the World Health Organization through its global vaccine-sharing initiative COVAX, said Chen. He added that as of now, the Central Epidemic Command Center (CECC) has not received any updates from COVAX, which promised Taiwan 200,000 doses of the AstraZeneca vaccine.

The rollout of vaccines will begin after a final review by the health authorities, said Chen, who estimated this would take at least one week.

Each recipient is required to take two doses of the vaccine, with the doses administered at least eight weeks apart. The authorities plan to distribute the vaccines to 117,000 individuals at more than 100 hospitals and medical facilities across the country while waiting for more to arrive later.

Frontline medical workers and those classified by the authorities as at-risk groups will be the top priority for the vaccines. The health minister encouraged medical workers to sign up to receive the first dose, as the country has not made vaccination compulsory.

Despite having successfully contained the pandemic, the Taiwanese authorities have been under immense pressure to obtain COVID-19 vaccines. Chen said vaccine negotiations with Germany-based BioNTech (BNT) are still ongoing.