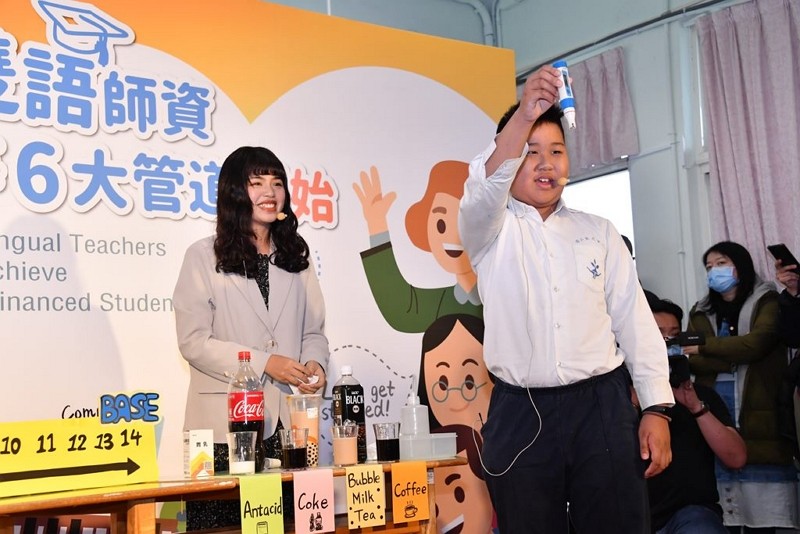 According to Ko, bilingual education is defined by having at least one-third of the curriculum taught in English. Ensuring an abundance of skilled instructors is key to attaining this goal, he reckons.

For this to happen, the city has designed six approaches. The first involves collaborating with universities to train aspiring teachers, a program that has so far enlisted seven universities across the country, including National Taiwan Normal University and National Chengchi University.

The other methods include recruiting native speakers as assistant instructors via academic foundations, mandating that 40 percent of teachers employed in hiring programs be capable of conducting bilingual classes, equipping substitute teachers with bilingual education skills, helping teachers improve their English proficiency, and establishing a referral system for teaching talent to work in different schools.

Drawing lessons from Singapore, Ko noted the city-state spent 28 years to achieve a mature English education environment, indicating how challenging the task can be. He also stressed the need for today's students to master Chinese, English, and programming languages to stay competitive.

Around 90 would-be teachers trained in the publicly sponsored program will be assigned to Taipei’s elementary and junior high schools between the academic years of 2021 and 2025. A total of 51 schools in the city will be registered as bilingual education schools this academic year, according to Taipei's Department of Education.

President Tsai Ing-wen (蔡英文) has made going bilingual by 2030 an objective for her administration, despite obstacles and criticisms. A hiring drive has been carried out to increase the number of foreign English teachers in the country’s senior high schools.