The product appeared on the latest list of problematic imported food products published by the Food and Drug Administration (FDA), which said none of the cargo reached consumers, CNA reported.

Tests on the Egyptian tea leaves showed the banned herbicide Clomazone, meaning the luxury tea brand could not sell the product to consumers at its outlets in department stores and shopping malls, including Taipei 101.

The 30 other products on the FDA list included 7.2 kg of fruit tea from Sri Lanka, 50 bags of genmaicha tea, and 4.32 kg of green tea powder from Japan. While the tea leaves showed high levels of pesticides and herbicides, inspectors detected high levels of two types of preservatives in 1,246 kg of Lady’s Choice spreads from the Philippines.

The FDA said that because problems with Japanese products have been increasing, the frequency of tests for those foods has been raised to 20 percent or even 50 percent, while some importers, identified as frequent violators, saw 100 percent of their products subjected to inspections. 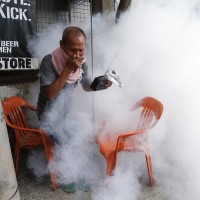