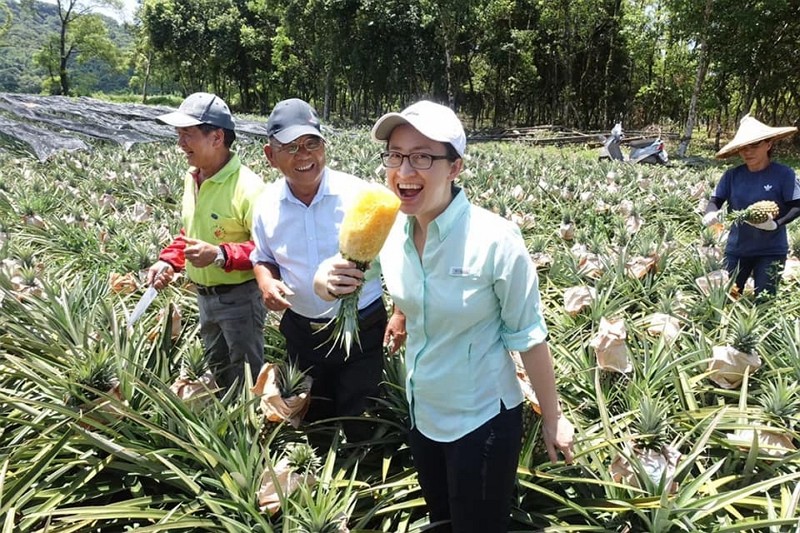 The ban, effective Monday (March 1), was announced on Feb. 26 by the Chinese customs agency, allegedly over pest fears, sending shockwaves through Taiwan's agricultural sector. The move has been interpreted as politically motivated and aimed to deal a blow to Taiwanese farmers.

Chiu Tai-san (邱太三), minister of the Mainland Affairs Council, said Tuesday (March 2) on the sidelines of a legislative session that Taiwan will seek to resolve the issue through the established cross-strait negotiation system on fruit inspection, reported CNA.

Taiwan has rebutted China’s pest control claims, saying that 99.79 percent of the 6,200 shipments to China since last year have passed inspection criteria. While pests were found in 13 cases, the organisms can be removed using fumigation in compliance with international protocols.

Taiwan produces around 420,000 tons of pineapples per year on average. The export of the fruit accounted for 12 percent in 2019 of the total output and 10.8 percent in 2020, according to the Council of Agriculture (COA).

Taiwan relies heavily on the Chinese market for its pineapple exports. According to COA figures, a whopping 97 percent of Taiwan-grown pineapples were shipped to China in 2020, with Hong Kong and Japan accounting for a meager 1 and 2 percent, respectively.

Pineapple orders have flooded in from both the public and private sectors in Taiwan as a way of support, while President Tsai Ing-wen (蔡英文) has mounted a global pineapple campaign to hammer home Taiwan’s struggle in the face of Chinese pressure.