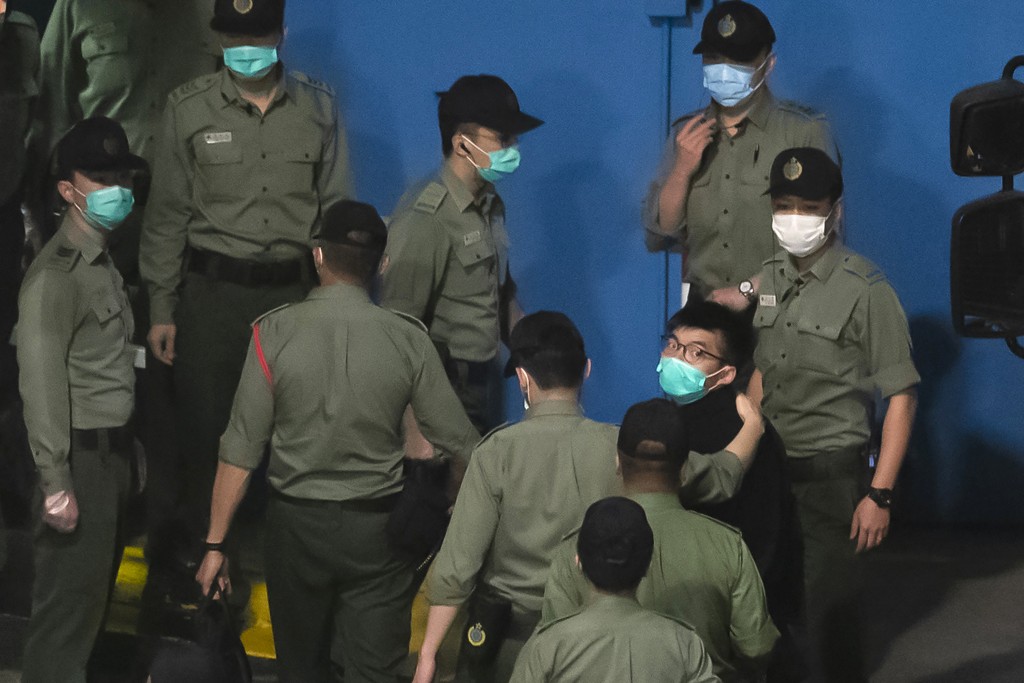 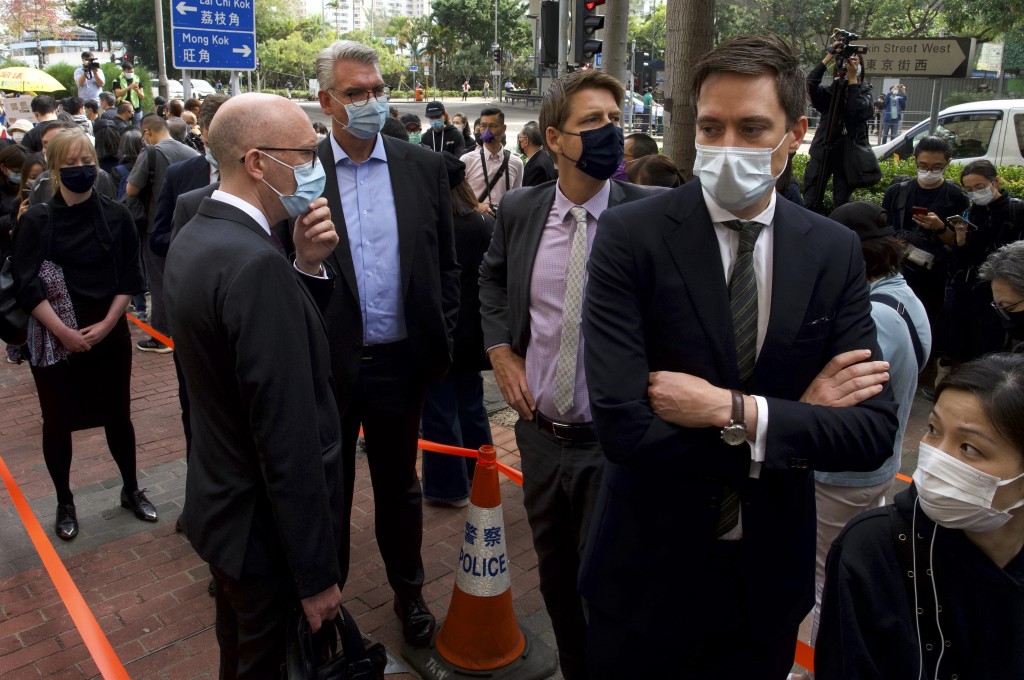 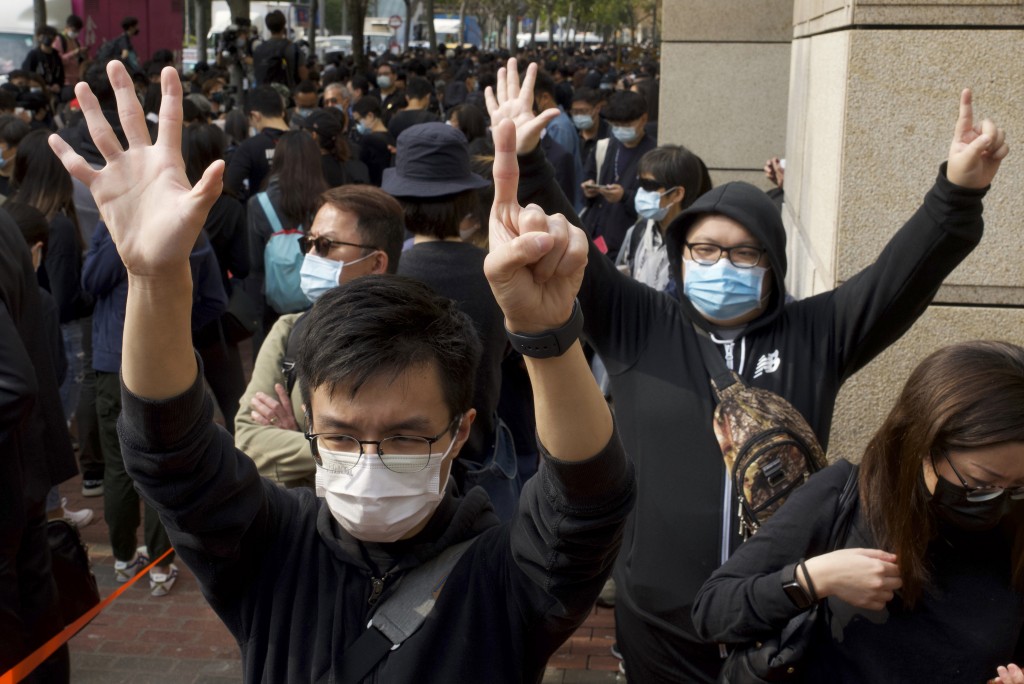 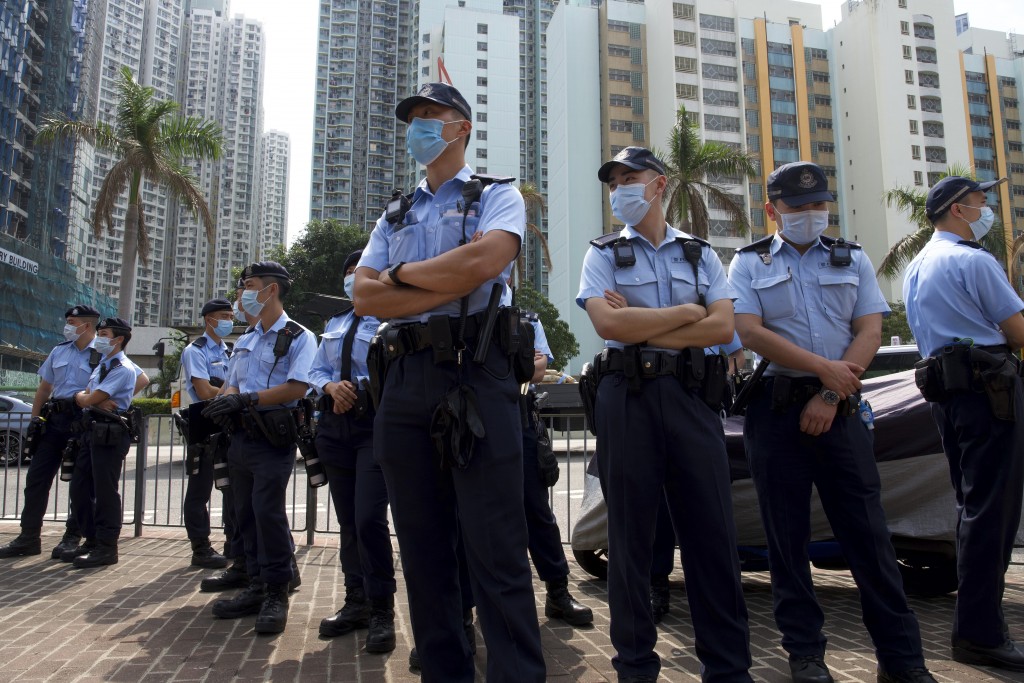 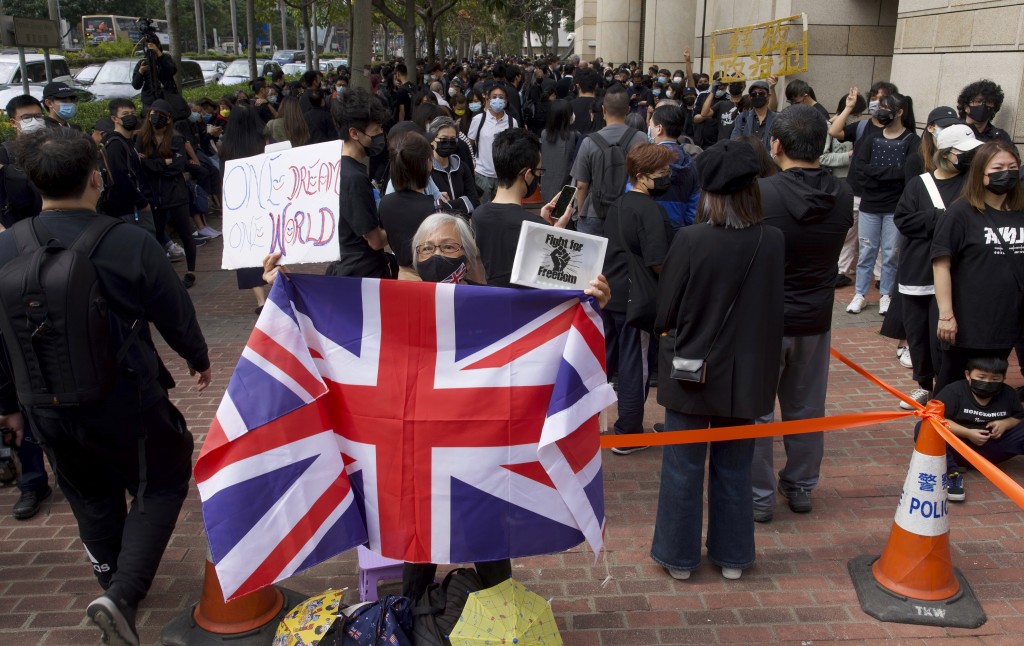 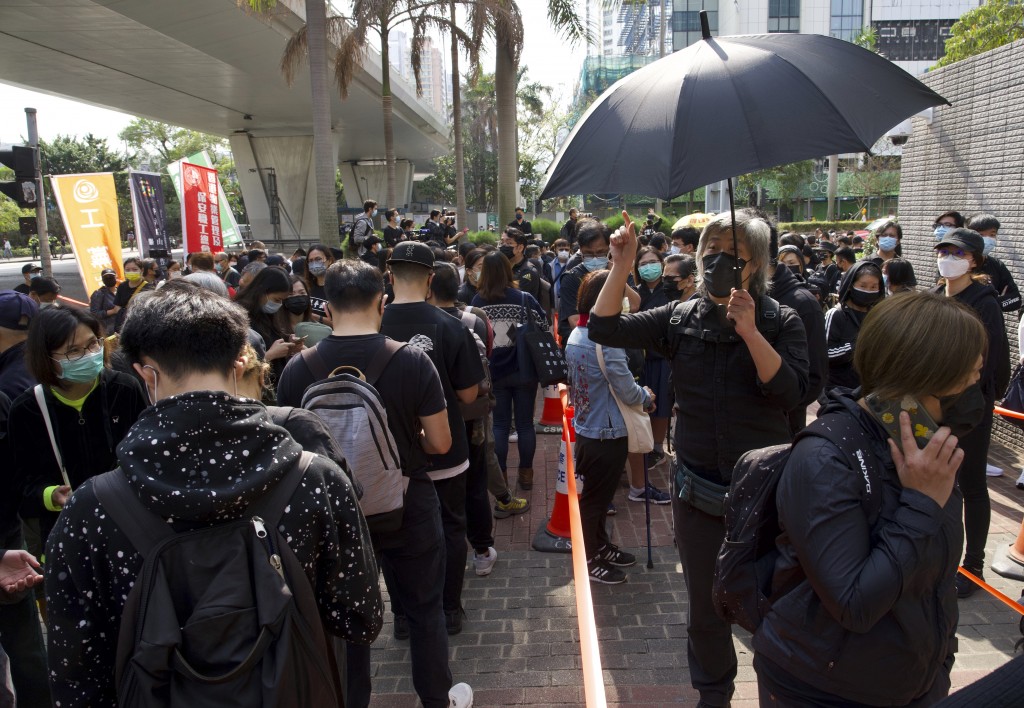 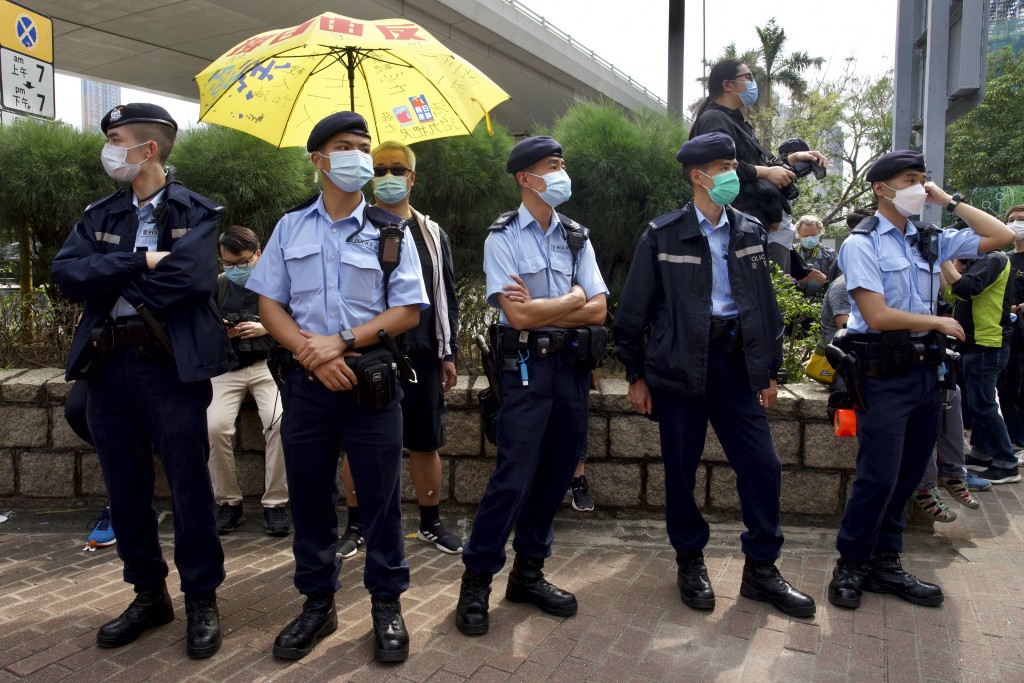 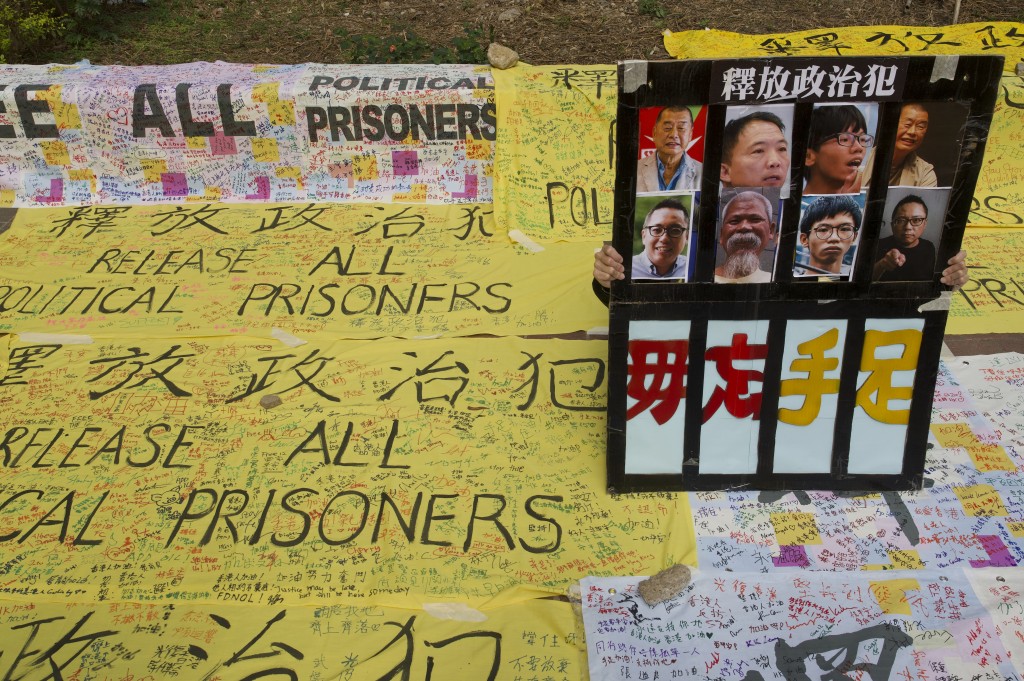 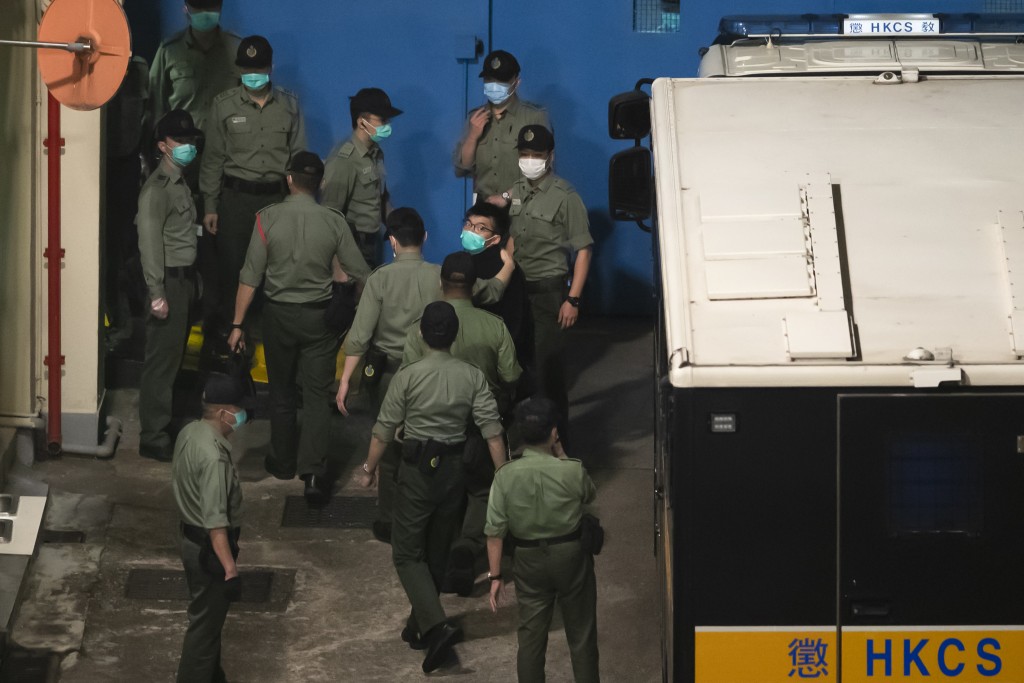 HONG KONG (AP) — A court hearing for 47 democracy activists charged under Hong Kong's national security law was set to resume Tuesday after a marathon session that was adjourned well past midnight after one defendant appeared to collapse and was taken away in an ambulance.

The court is weighing whether to grant bail to the activists, who were detained and charged Sunday over their involvement in an unofficial primary election last year that authorities say was part of a plot to paralyze Hong Kong's government.

The national security law, which China imposed on Hong Kong eight months ago in response to months of anti-government protests, makes it a crime to overthrow, seriously interfere in, disrupt or undermine Hong Kong's government.

The law, which also criminalizes acts that incite Hong Kong's secession from China, collusion with foreign powers and terrorism, has largely silenced protest in the semi-autonomous Chinese territory.

The 47 activists, who include prominent leaders such as Joshua Wong and Benny Tai, were among 55 arrested in January on suspicion of subversion in what was by far the biggest sweep by police since the security law's enactment. The 47 were formally charged Sunday. Authorities have not said whether the other eight will be charged.

A large crowd of supporters gathered outside the courthouse Monday, displaying slogans in favor of the 2019 pro-democracy protests advocating greater local autonomy.

China has cracked down hard on such calls, demanding changes to the legal and educational systems to inculcate loyalty to the ruling Communist Party.

Those arrested were involved in primaries held by the pro-democracy camp last year to determine the best candidates to field to try to win a majority in the legislature.

At least some members of the camp had plans to vote down major bills that would eventually force Hong Kong leader Carrie Lam to resign. Authorities said that the activists’ participation in the primary was part of a plan to paralyze the city’s legislature and subvert state power.

Nearly 100 people have been arrested under the national security law. Serious offenders could face life imprisonment.