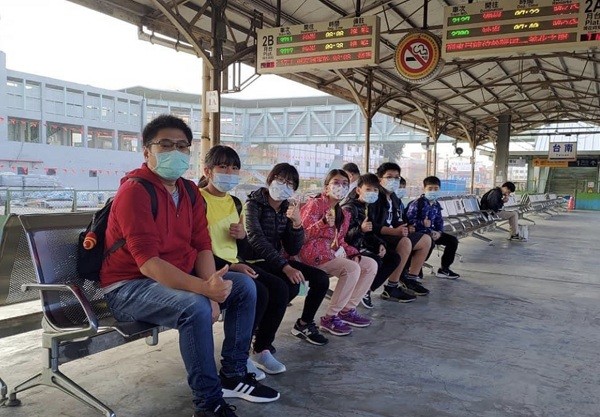 TAIPEI (Taiwan News) — Seven graduating students from an elementary school in central Taiwan have completed a three-day, two-night graduation trip they planned themselves and paid for with money they earned.

They are the graduating class at Wunsiang Elementary School in Changhua County’s Huatan Township, which has a total of 86 students.

School Principal Wu Shih-hung (吳世宏) told CNA in an interview that since he became principal, he has asked graduating students to plan their own graduation trips and neither accept money from their parents nor hire a tour bus.

He said that the seven students traveled by train and bus in the company of two teachers to Anping and Eternal Golden Castle in Tainan, E-Da Theme Park in Kaohsiung, and other attractions.

In order to raise money for the trip, the students learned to make cookies and cheese rolls, which they peddled near the school. They also saved prize money from croquet and recorder competitions, the principal said.

He added he hoped that the kids could better understand the meaning of self-reliance after using their hard-earned money to pay for their travel, all the while making their graduation trip more memorable.

The school posted photos of the trip to Facebook, earning the students much respect and admiration from fans.