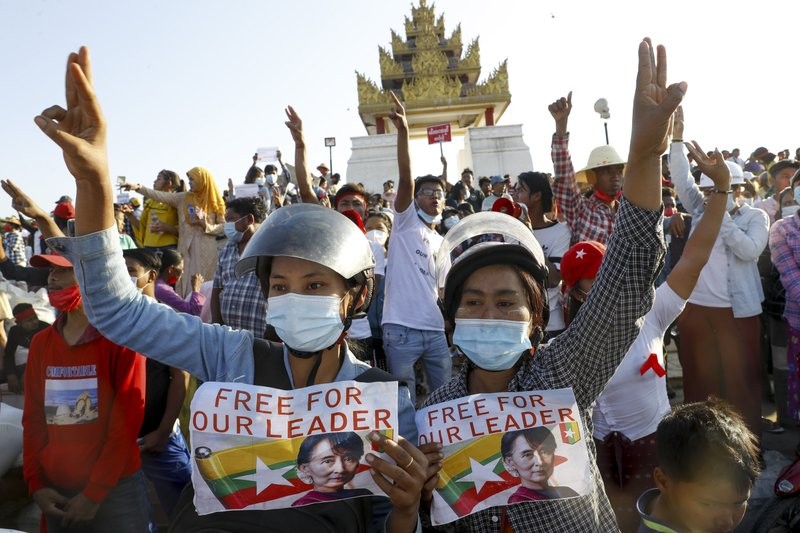 MOFA said it deeply regrets the military government’s actions and stressed that “Violence does not help resolve the current domestic disputes in Myanmar.” The ministry called on the military government to “exercise self-restraint, listen to the voices of the people, resolve political disputes in a peaceful and dialogue manner, enable society to operate normally as soon as possible, bring the turbulent situation to an early end, and restore democracy in Myanmar.”

MOFA also paid respect and expressed condolences to the Myanmarese who have “lost their precious lives in pursuit of democracy and freedom.” It emphasized that it will continue to closely monitor the political situation in Myanmar through various channels.

According to Taiwan’s representative office in Myanmar, the personal safety of Taiwanese in the Southeast Asian country has not yet been affected by the political violence.

The Myanmar military took over the nation on Feb. 1 and declared a one-year state of emergency. The Myanmarese subsequently initiated several protest marches in Yangon and Mandalay, demanding the restoration of democracy.

After the military used force to disperse and suppress peaceful demonstrations on Feb. 20, it once again quelled a demonstration in Yangon held on Sunday, resulting in at least 18 deaths and 30 injuries.