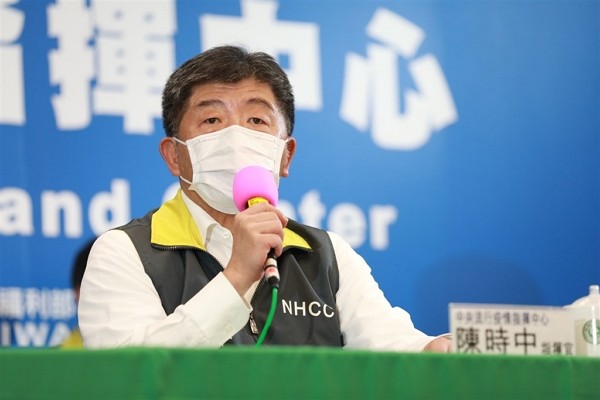 According to Chen, case No. 953 is a British national in her 20s who came to Taiwan for studies on Feb. 12. She had provided proof of two negative COVID tests issued within three days of her flight after she was confirmed with the disease in the U.K. on Jan. 8.

She had shown no symptoms of the virus since her arrival and tested negative on Feb. 13. However, a subsequent test taken on Feb. 25, upon her completion of the 14-day quarantine requirement, showed that she had contracted the disease for the second time.

She was found to have a Ct value of 34 on Feb. 26 and tested positive for IgG antibodies. Since she had been self-isolating in a designated facility, no contacts have been listed.

Case No. 954 is an Indonesian fisherman in his 20s who arrived in Taiwan from Vietnam on Feb. 8. Although he displayed no symptoms of the virus during both the 14-day quarantine requirement and the seven-day self-health monitoring period, he underwent a COVID test at his own expense on Feb. 25. He was confirmed to have the disease on Saturday.

The health department has identified 48 contacts in his case, including 24 crew members on the same boat and staff at his quarantine facility. The crew is being asked to undergo the 14-day quarantine, while hotel staff are only asked to self-monitor their health since they were wearing adequate protective equipment.

Meanwhile, Case No. 955 is a Filipina migrant worker in her 30s who arrived in Taiwan on Feb. 5. She had submitted proof of a negative COVID test issued within three days of her departure. When she completed her quarantine on Feb. 18, she underwent a COVID test, and the results came back negative.

On Feb. 26, she took another test at her own expense after finishing the seven-day self-health monitoring period and was diagnosed with the disease on Saturday. Only two contacts have been listed in her case, and both of them are being asked to self-monitor their health.

Among Taiwan's tally of 954 cases, 838 were imported, 77 were local, 36 originated from the Navy's "Goodwill Fleet," and one case was classified as unresolved. The country's death toll from the pandemic is nine, with the most recent deaths tied to a domestic cluster infection at Taoyuan General Hospital.

Since one case had originally been listed as No. 530 but was later reclassified as not infected, there is a discrepancy in the categorization of the case numbers. As of Saturday, 28 patients were still being cared for in hospitals, and 917 had been released from care.