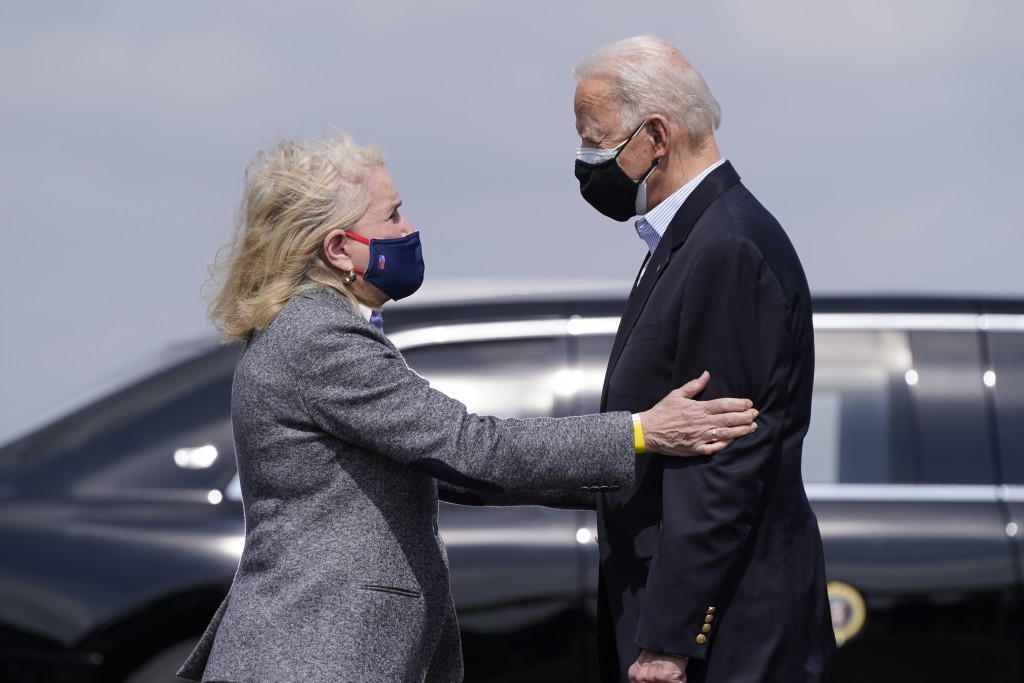 WASHINGTON (AP) — The early ambitions of Joe Biden's presidency are quickly running into the guardrails of archaic Senate rules, testing his willingness to remake an institution he reveres to fulfill many of the promises he has made to Americans.

It's a wonky, Washington dilemma with real-world implications for millions of people, determining everything from the future of a minimum wage hike to voting access. It will also shape Biden's ability to keep two restive wings of the Democratic Party united: swing state moderates wary of the appearance of effectively giving up on bipartisanship and more progressive Democrats who argue that Republicans aren't coming along anyway.

Biden — who spent four decades as a senator and speaks of the institution with veneration, as well as some revisionist history about the good old days of cross-party cooperation — is so far trying to find the middle ground.

Liberal Democrats applauded his willingness to go it alone on a sprawling, $1.9 trillion pandemic relief plan, embracing an option known as budget reconciliation that allows certain legislation to pass with a simple majority — in other words, without any Republican votes. But that pathway comes with limitations, including strict rules on what can and can't be included in a bill.

On Thursday, the Senate's parliamentarian decreed that a $15 minimum wage provision was out of bounds, prompting some Democrats to call on Biden to push the boundaries again and overrule her decision. The White House said that won't happen, citing the president's respect for “the Senate's process.”

Ultimately, the COVID-19 relief bill passed the House by 219-212 early Saturday and will almost certainly pass Congress, even if some Democrats gripe about losing the minimum wage increase. But the road ahead for Biden only gets more treacherous given Democrats' slim majorities in the House and the Senate and little sign of Republican interest in tackling climate change legislation, an immigration overhaul or election reforms. Those measures mostly fall outside the reconciliation rules, meaning Biden either needs to find a way to bring centrist GOP senators along or blow up what's known as the filibuster, which would clear the way for all legislation to pass with 51 votes.

To some Democrats, taking that step amounts to accepting the reality of what Republicans are, and are not, willing to give Biden.

“Democrats made a lot of promises in winning the House, the Senate and the White House,” said Rep. Pramila Jayapal, D-Wash., a progressive who has advocated for blasting through some long-standing congressional rules. “So we’re going to have to make a choice here. Are we going to stick to these rules, or are we actually going to use the levers of government to work for the people? To me, that’s not radical — that’s governing."

Biden, who pitched himself to voters as a candidate who could overcome Washington's hyperpartisanship, has so far suggested he's inclined to play by the rules and court moderate Republicans who may be willing to work with him.

But the math gets tricky fast. With the Senate split 50-50, Biden would need 10 Republicans to join him to pass major legislation. Yet every move he might make to the center to win a GOP vote could put at risk the support of liberal senators.

Matt Bennett, the executive director of Third Way, a center-left think tank, said he sees some value in Biden gauging Republicans' willingness to work with him during the early weeks of his administration. But without a significant crack in the GOP firewall, Bennett said keeping the filibuster in place will leave Biden with almost no chance of passing his legislative agenda before the 2022 midterm elections.

“If the filibuster remains, then he’s going to have to do what (former President Barack) Obama did for six years, which is use executive power to the extent he’s able and hope he’s able to get a better outcome in the midterms and a few more votes,” Bennett said.

Indeed, it's the lessons of the Obama years that have shifted many Democrats' views of the filibuster, including the former president himself. Obama started his tenure with an enviable 60-seat majority in the Senate, allowing him to pass a recession rescue package and health care overhaul without any Republicans or rule changes. But his majority dwindled after his first two years in office, as did his ability to pass major legislation.

Last year, Obama called the filibuster a “Jim Crow relic” and said that if it's used to block voting rights legislation, it should be eliminated.

But there's no clear consensus within the Democratic Party on the way forward. A pair of powerful moderate senators, Joe Manchin of West Virginia and Kyrsten Sinema of Arizona, are on record opposing filibuster reform. Others have yet to fully articulate a position.

Both parties have been chipping away at the filibuster for several years. In 2013, then-Senate Majority Leader Harry Reid, a Democrat, ended the filibuster for confirmation votes for executive branch and some judicial nominees. In 2017, with Republican Mitch McConnell in charge of the Senate, the GOP did away with the 60-vote requirement for Supreme Court nominees.

Many Democrats believe Biden will have to quickly confront the issue. Democrats will soon start pushing forward a sweeping election and ethics bill that is seen by many in the party as a counterweight to voting restrictions being pursued by Republicans at a state level. GOP lawmakers have panned the measure as a federal takeover of elections, and conservative groups have vowed to spend millions to fight it.

That could leave blowing up the filibuster as the only clear path for passage. Progressives argue that's a far more palatable choice than explaining to voters, including many people of color who are fearful of new ballot access restrictions, that protecting a Senate procedure was more important than protecting their right to vote.

“This is going to require presidential leadership,” said Tre Easton, senior adviser at Battle Born Collective, a progressive group pushing to end the filibuster. "President Biden has a choice to make pretty early, probably earlier than he wanted, about how much he wants to push.”

Editor's Note: Julie Pace has covered the White House and politics for the AP since 2007. Follow her at http://twitter.com/jpaceDC