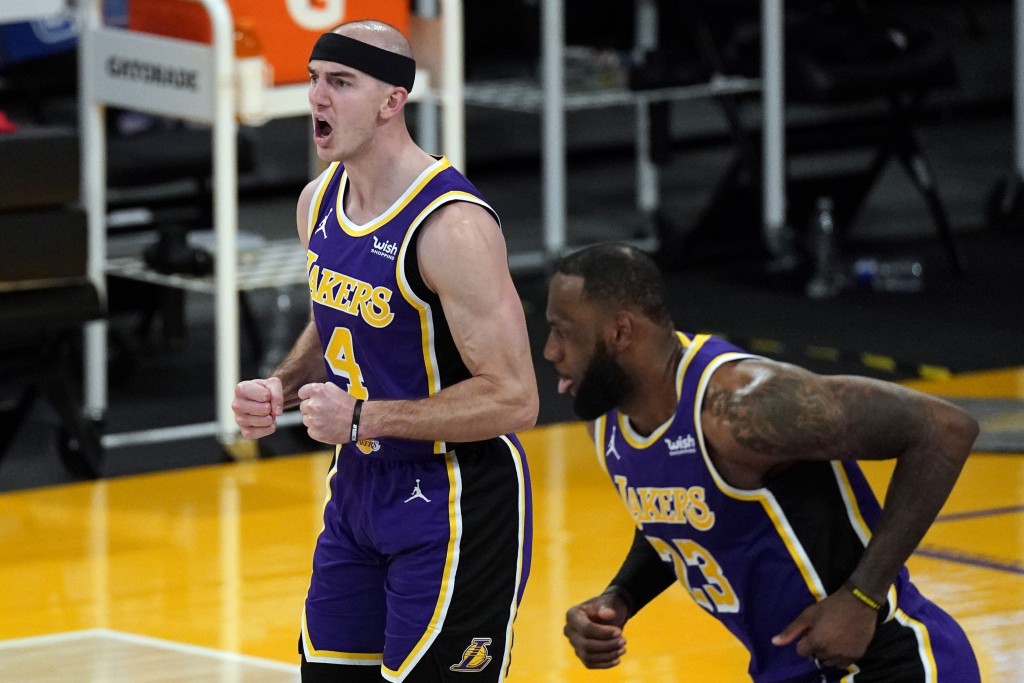 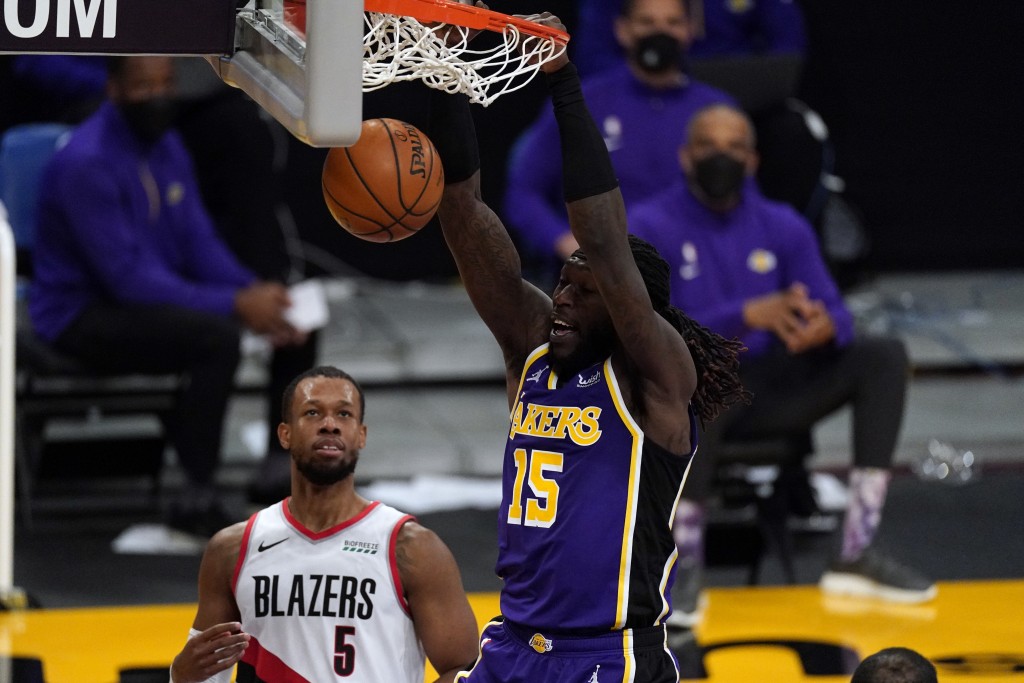 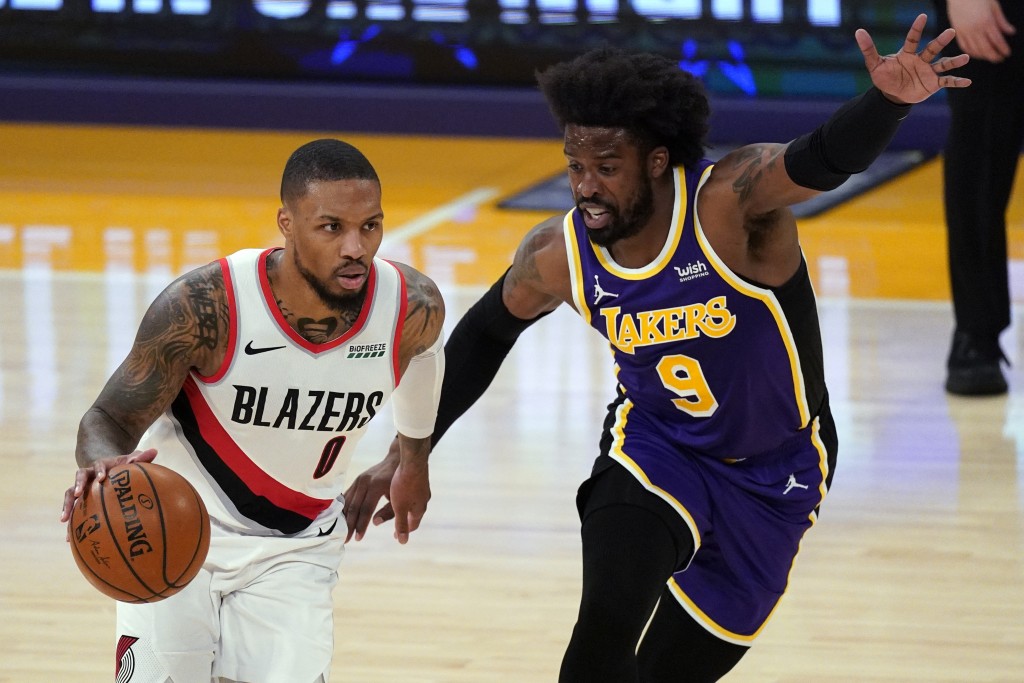 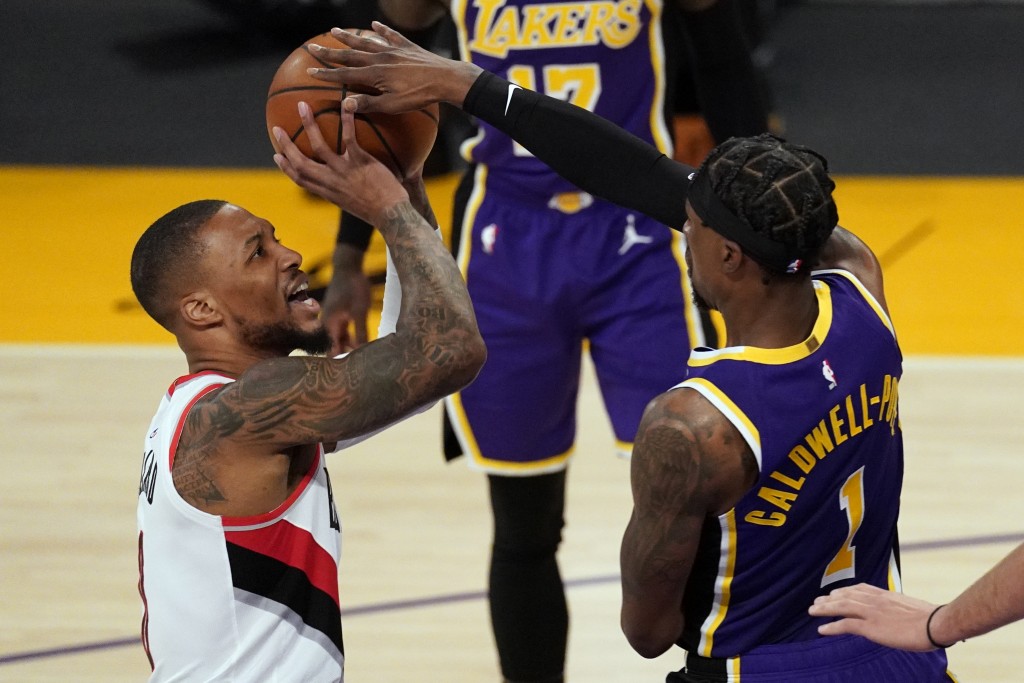 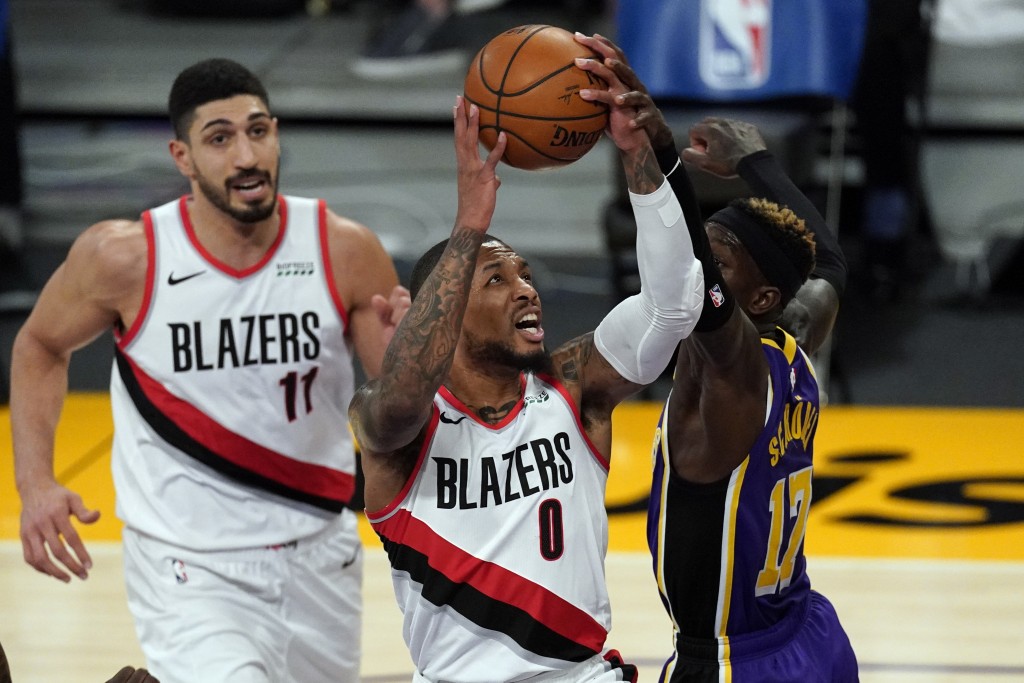 LOS ANGELES (AP) — LeBron James had 28 points, Dennis Schröder added 22 in his return to the Lakers' lineup, and Los Angeles snapped its four-game losing streak with a 102-93 victory over the Portland Trail Blazers on Friday night.

Montrezl Harrell had 17 points, and James added 11 rebounds and seven assists as the defending NBA champions avoided their longest losing streak since March 2019.

The fresh-legged Schröder was outstanding after a four-game absence under the NBA's health and safety protocols, scoring 13 points in the second half and leading the Lakers' decisive surge on both ends of the court.

Los Angeles pushed ahead in the third quarter and hung on comfortably for only its second win since losing All-Star selection Anthony Davis to a calf injury 12 days ago.

Damian Lillard scored 24 of his 35 points in the first half for the Blazers, who lost their fourth straight. Portland committed 16 turnovers while losing to the Lakers at Staples Center for the first time since November 2018.

The Lakers broke open a close game with a 14-4 run led by Schröder late in the third quarter. The German point guard also teamed with Alex Caruso to play solid defense on the largely unstoppable Lillard, who got just one shot while playing the entire third quarter.

Trail Blazers: CJ McCollum missed his 19th straight game with a broken foot. ... Robert Covington had four points on 1-of-8 shooting in 40 minutes.

Lakers: Damian Jones didn't play after driving from Phoenix to Los Angeles earlier in the day. The Lakers signed Jones to a 10-day contract as a backup big man. ... They opened a three-game homestand, and they won't play outside California again until March 21.