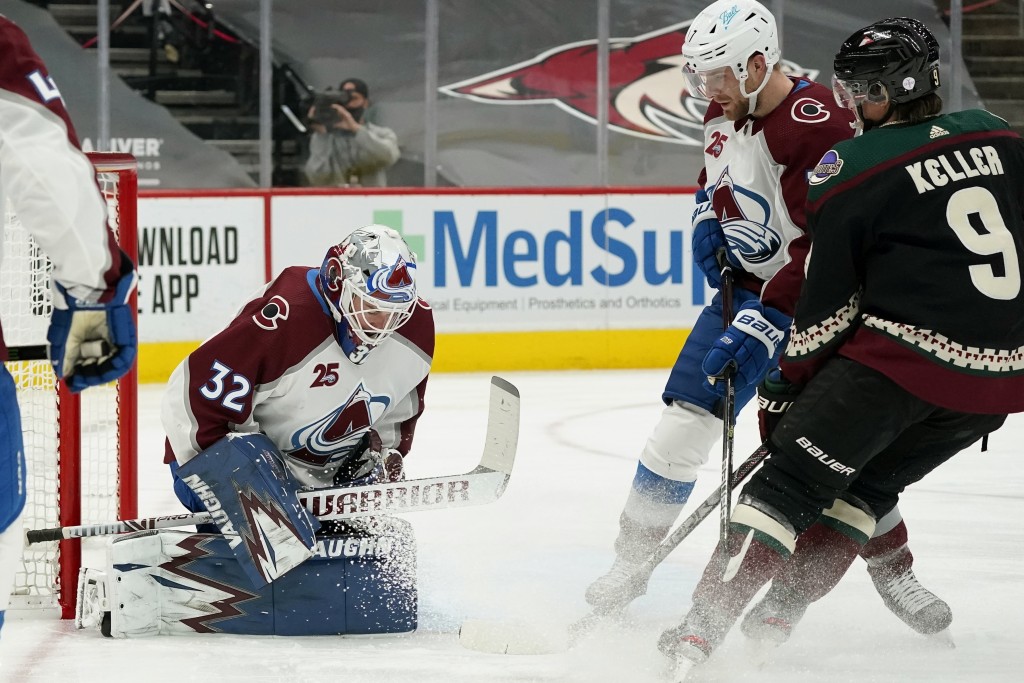 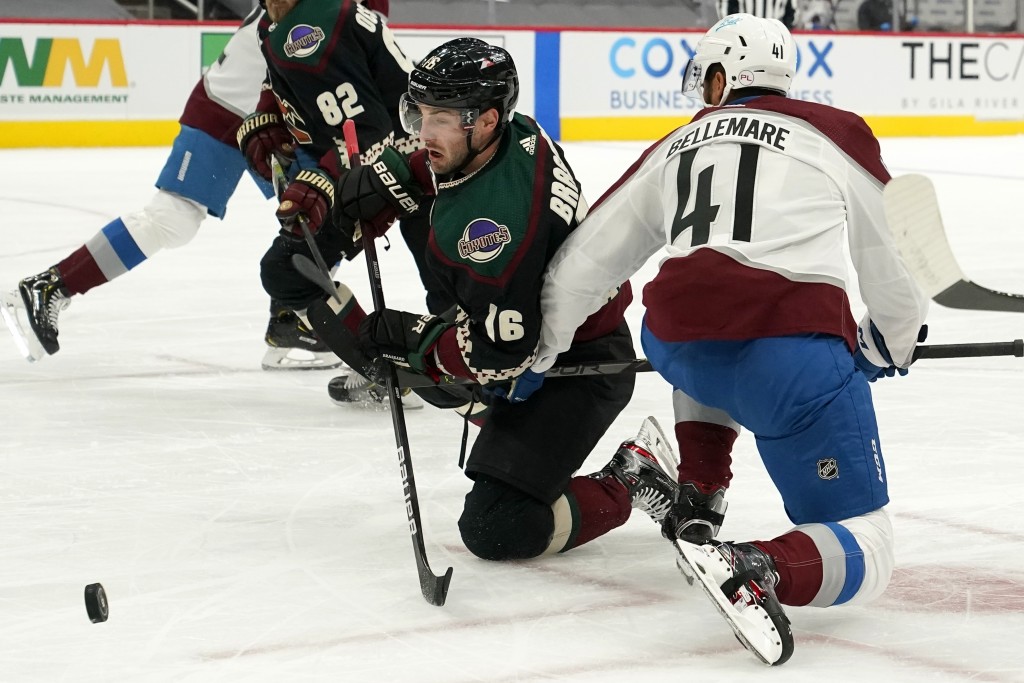 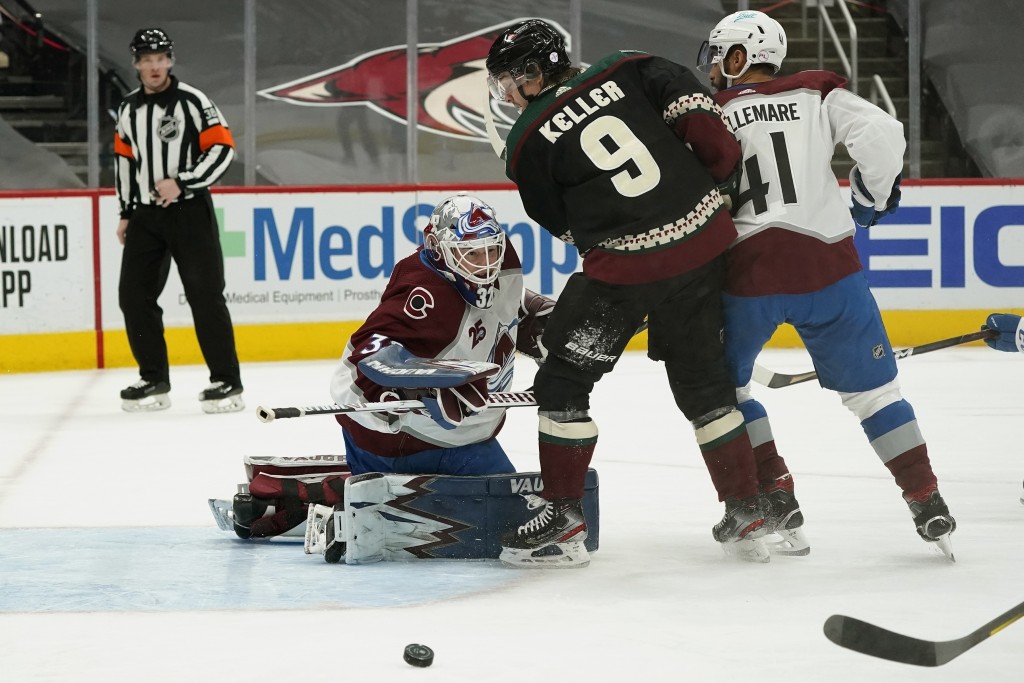 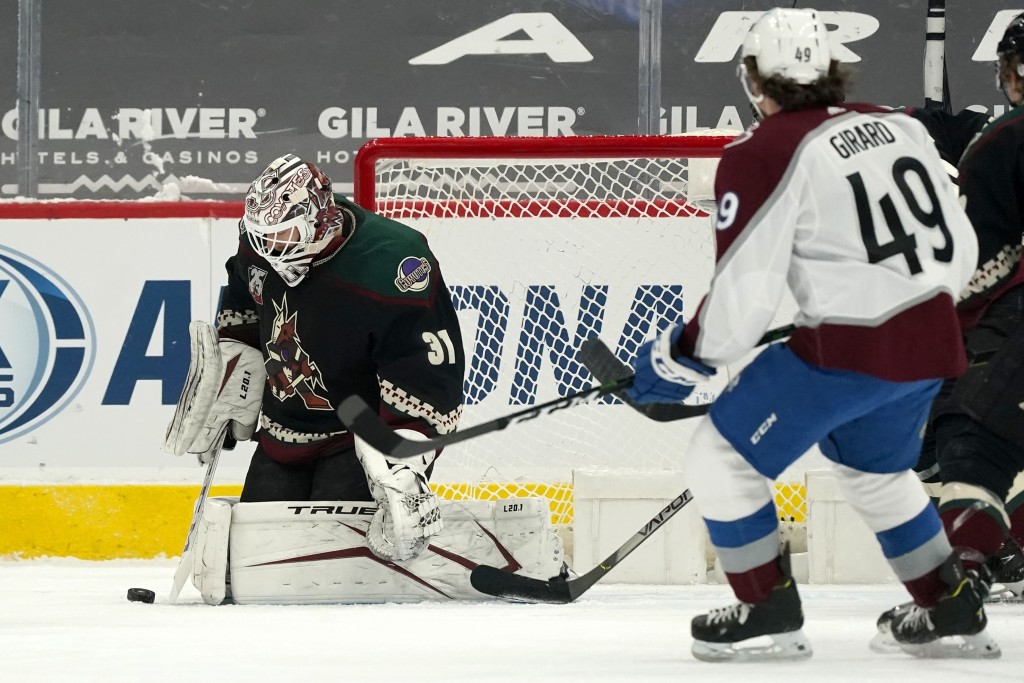 GLENDALE, Ariz. (AP) — Nazem Kadri had a goal and two assists, Hunter Miska stopped 16 of 18 shots and the Colorado Avalanche held on to beat the Arizona Coyotes 3-2 on Friday night.

The 25-year-old Miska was playing in just his fourth NHL game and nearly earned a shutout until the Coyotes scored two goals in the final two minutes. Arizona had a sleepy offensive performance until Phil Kessel scored with 1:36 left and Drake Caggiula added another one with 53 seconds left.

That led to a tense exchange in the final seconds before the Avalanche fended off a final Coyotes offensive flurry.

The Coyotes came into the game on a roll, becoming just the eighth NHL team to win consecutive games after trailing by at least three goals. They nearly pulled it off again in shocking fashion, but waited too late to get the offense started.

Colorado jumped ahead 1-0 early in the second period on a power play when Mikko Rantanen scored from close range at the far post after a quick crossing pass from Kadri. It was Rantenen's eighth goal of the season.

Arizona goalie Adin Hill made his first start of the season in place of the injured Darcy Kuemper, who was out with a lower body injury that happened during the team's win on Wednesday. Hill stopped 14 shots in the come-from-behind victory after replacing Kuemper.

Hill played well again in a scoreless first period, stopping 11 shots, including a handful at close range. Things got chippy late in the first period when Colorado's Gabriel Landeskog slammed Arizona's Conor Garland to the ice. Both were assessed a minor roughing penalty.

Kessel's goal was his eighth of the season. Hill stopped 25 of 28 shots.

Linesman Brad Kovachik took a puck to the side of the head midway through the first period and had to leave the ice. The game went on with two referees and one linesman until he returned in the second period.

The teams meet again in Arizona on Saturday night.