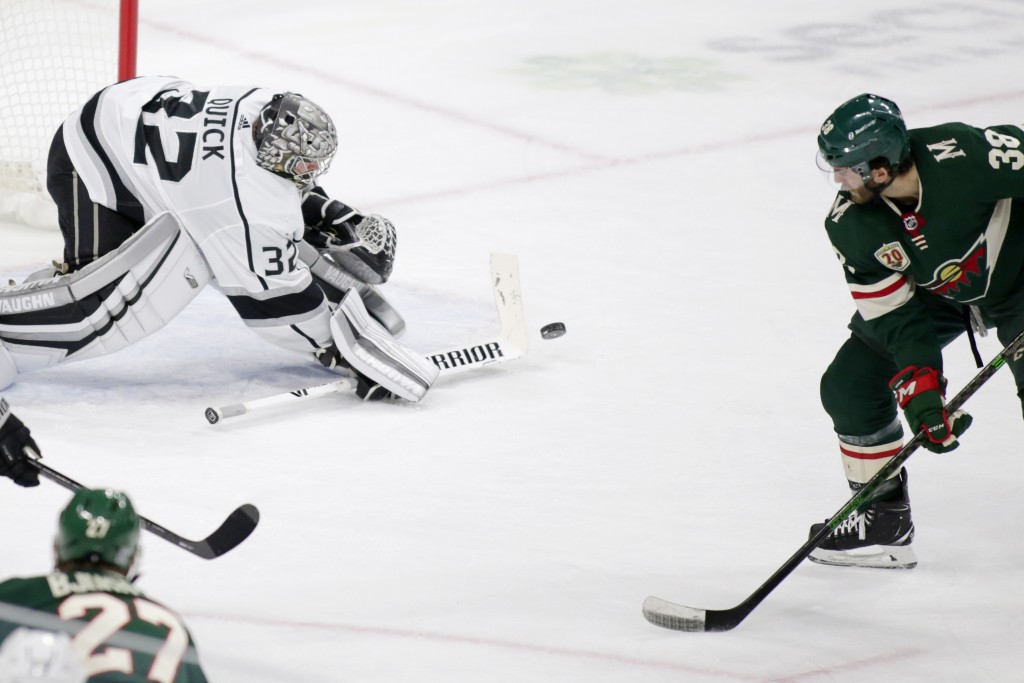 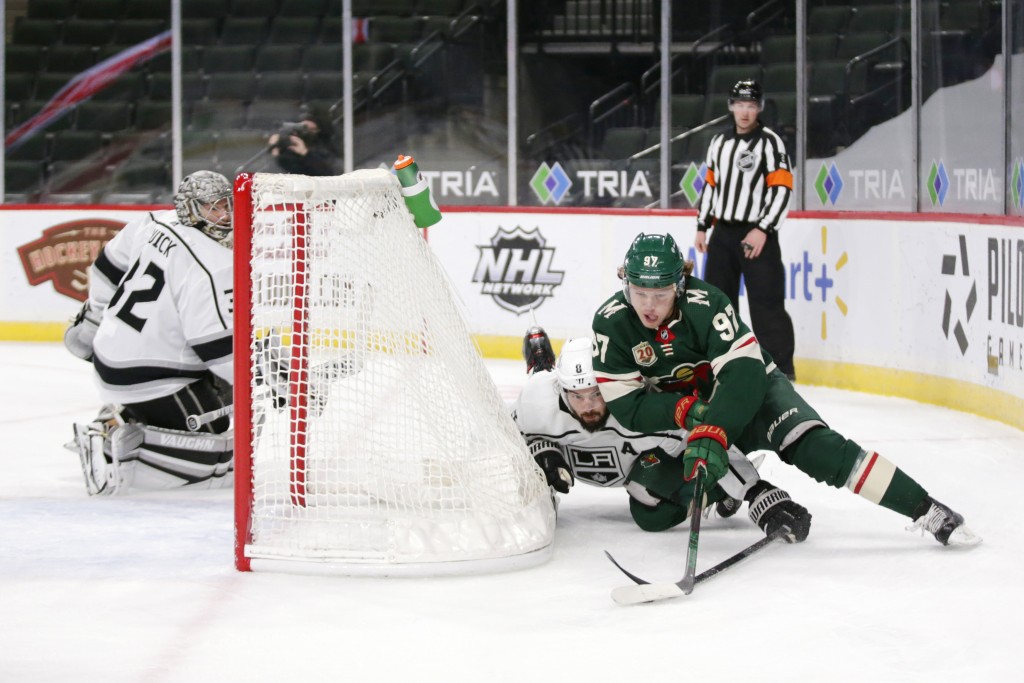 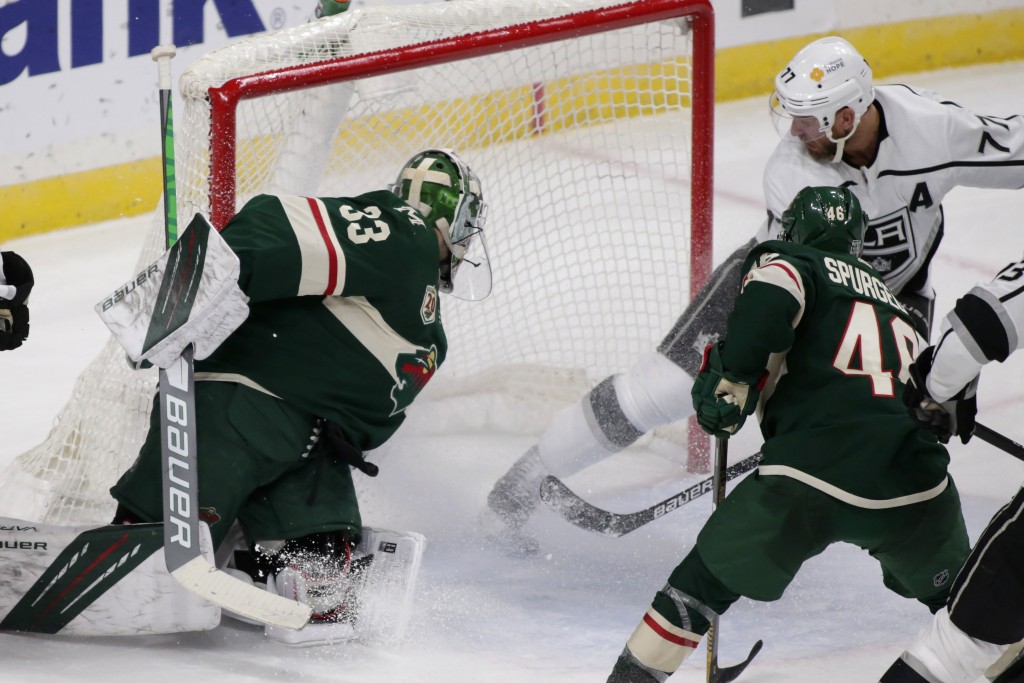 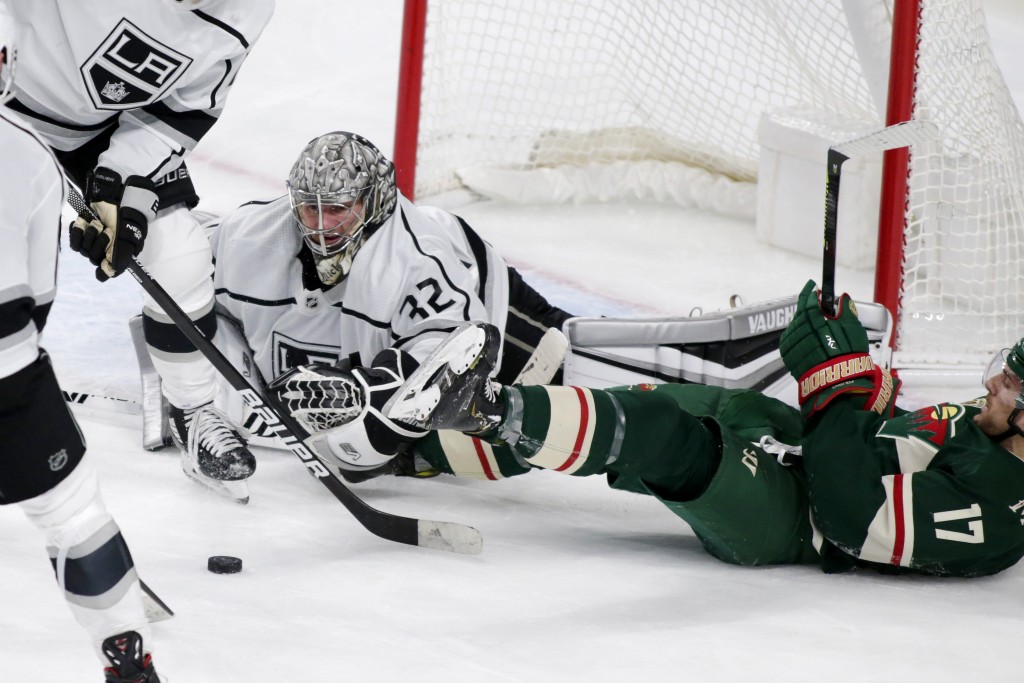 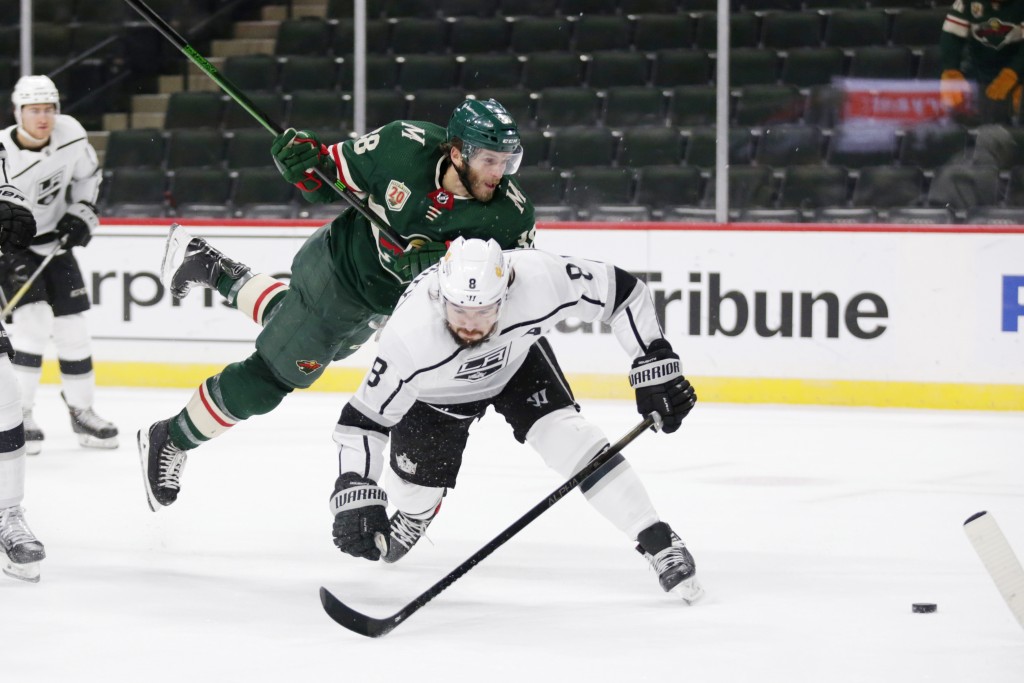 ST. PAUL, Minn. (AP) — The Minnesota Wild blitzed the Los Angeles Kings with three goals in a span of just over three minutes in the first period and held on to win 3-1 on Friday night for their sixth straight victory.

Kirill Kaprizov, Nick Bjugstad and Joel Eriksson Ek scored for the Wild, who ended the Kings' six-game winning streak. Minnesota's last loss was to the Kings in Los Angeles on Feb. 16. That was Minnesota’s first game back after a two-week layoff due to COVID-19 protocols.

Cam Talbot stopped 27 shots for the Wild, holding the Kings scoreless until Jeff Carter's goal late in the third period in his first action since Feb. 2. Jonathan Quick made 27 saves for the Kings, who were done in by the Wild's three goals in a 3:03 span.

Minnesota struck first on Kaprizov’s fifth of the year, a sprawling wrap-around goal at 12:33.

Bjugstad doubled the Wild’s lead less than two minutes later after Quick misplayed a puck off the backboards. The carom rolled out to Bjugstad alone in the slot, and he buried a backhander for his 100th career goal.

Barely another minute had elapsed when Eriksson Ek slammed home his own rebound for his team-leading seventh of the season and a 3-0 Wild lead.

Carter spoiled the shutout when he crashed the net on a 3-on-2 and muscled the puck past Talbot for his fourth of the year.

The Wild were playing their first home game since Jan. 31. After their season resumed, they played five straight games on the road before returning home for a pair of games against the Kings.

The teams square off again in Minnesota on Saturday night.