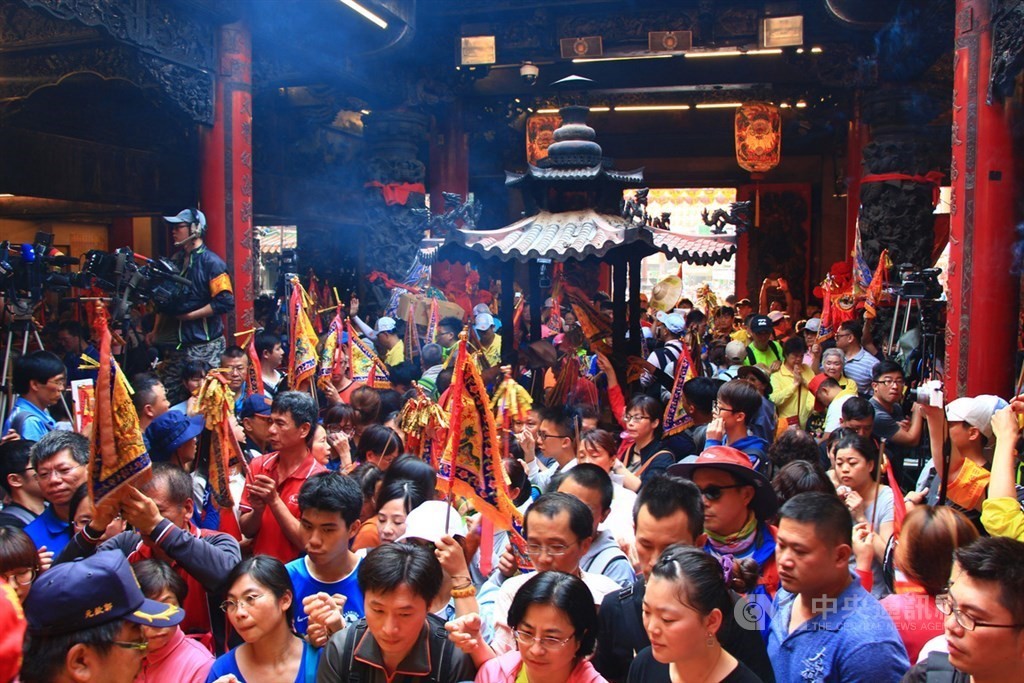 Last year’s edition of the event, which usually attracts thousands of fervent followers and onlookers, was postponed until June following protests from medical staff worried about the spread of the virus.

This year, the parade will set out on April 9 at 11:05 p.m. and wind its way around central Taiwan for nine days and eight nights, the Liberty Times reported. Asked if there was a “plan B” in case the pandemic worsened, Jenn Lann Temple Chairman Yen Ching-piao (顏清標) said that would not happen, as the goddess of the sea would take care of the public.

Nevertheless, Yen called on the public to respect infection prevention measures such as social distancing. He also reminded devoted followers that they could watch the whole event online.

The colorful procession, the largest annual religious event in the country, centers on the Jenn Lann Temple in the Taichung district of Dajia and moves through central Taiwan to Chiayi County and back as followers make offerings, light up firecrackers, and kneel in the road while the palanquin with the Matsu effigy passes above them.