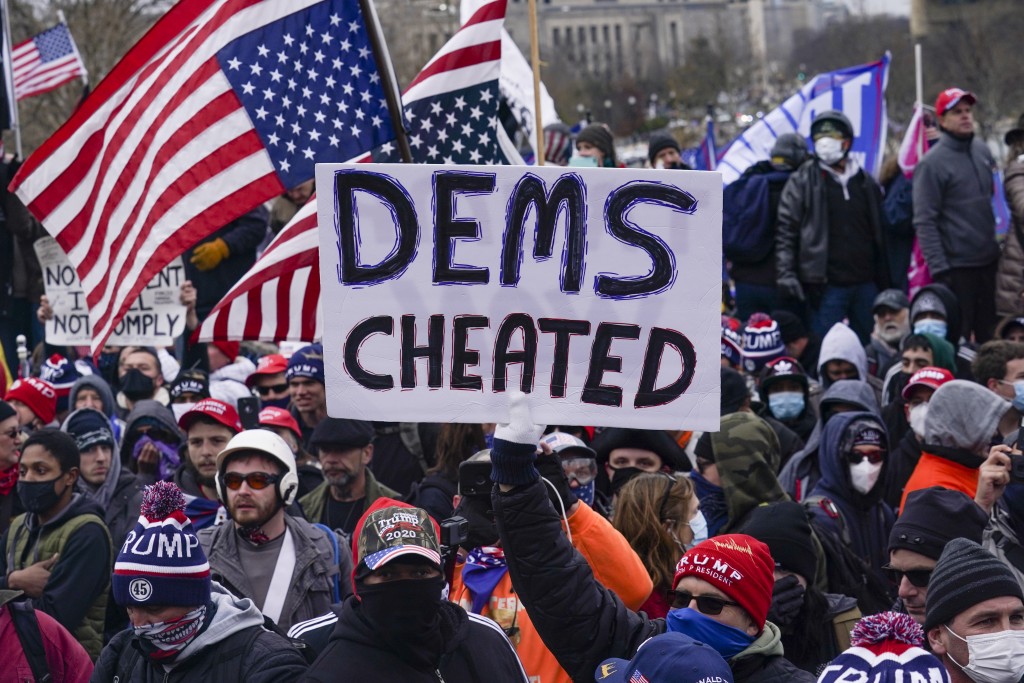 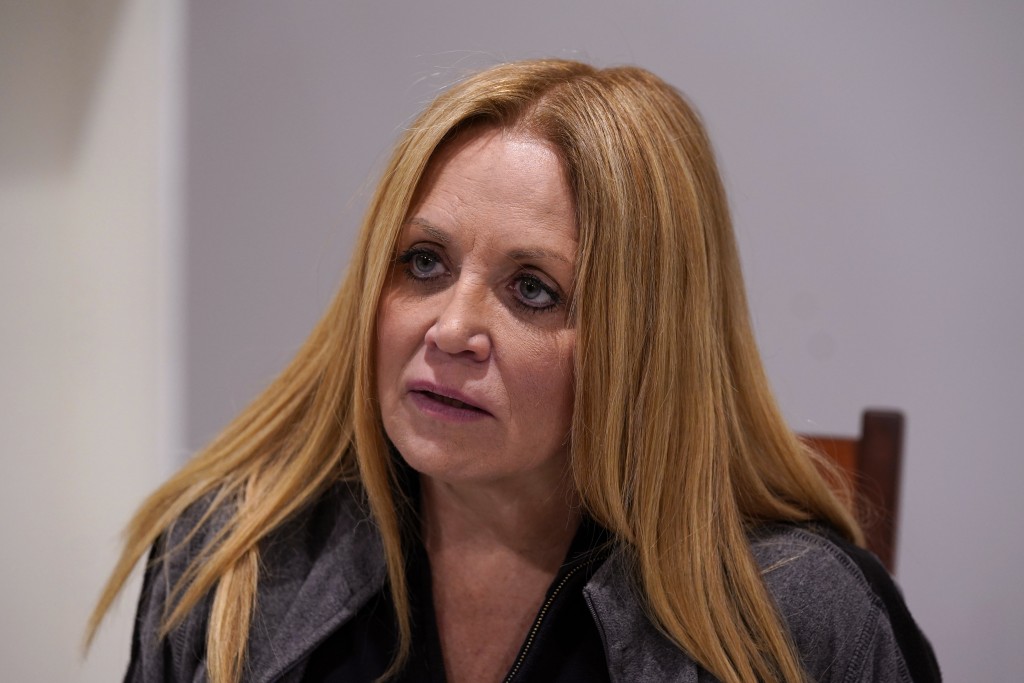 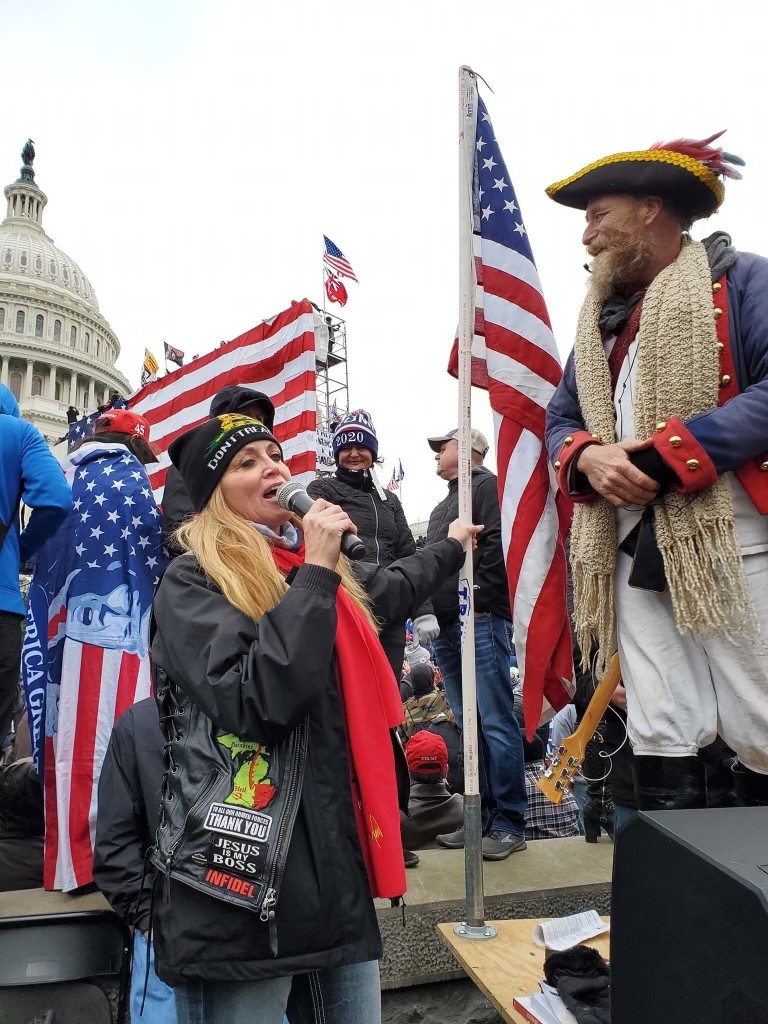 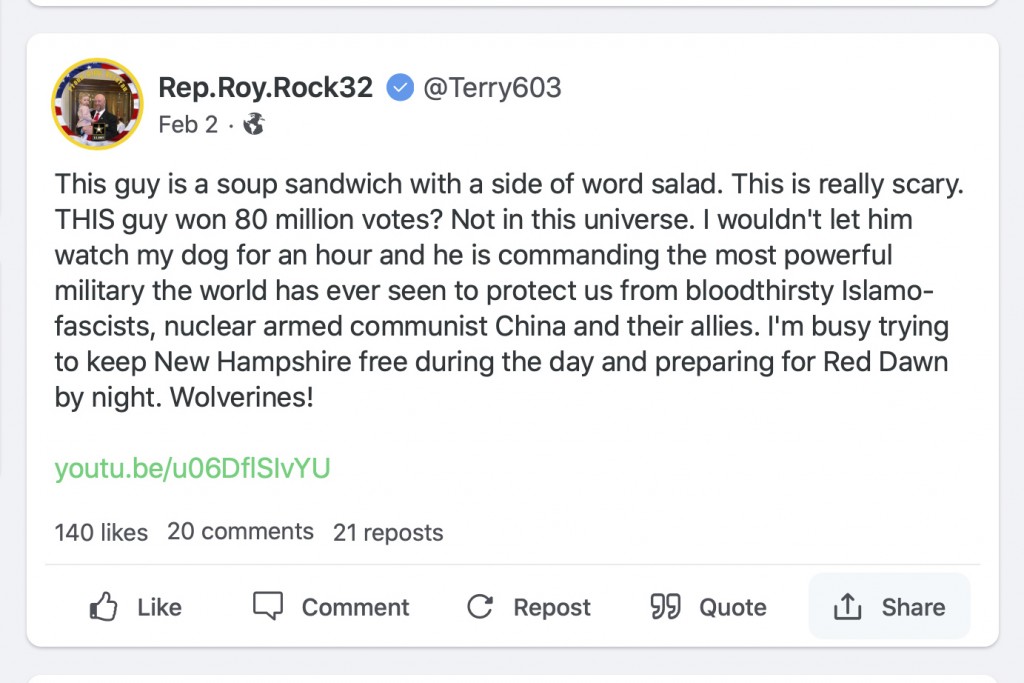 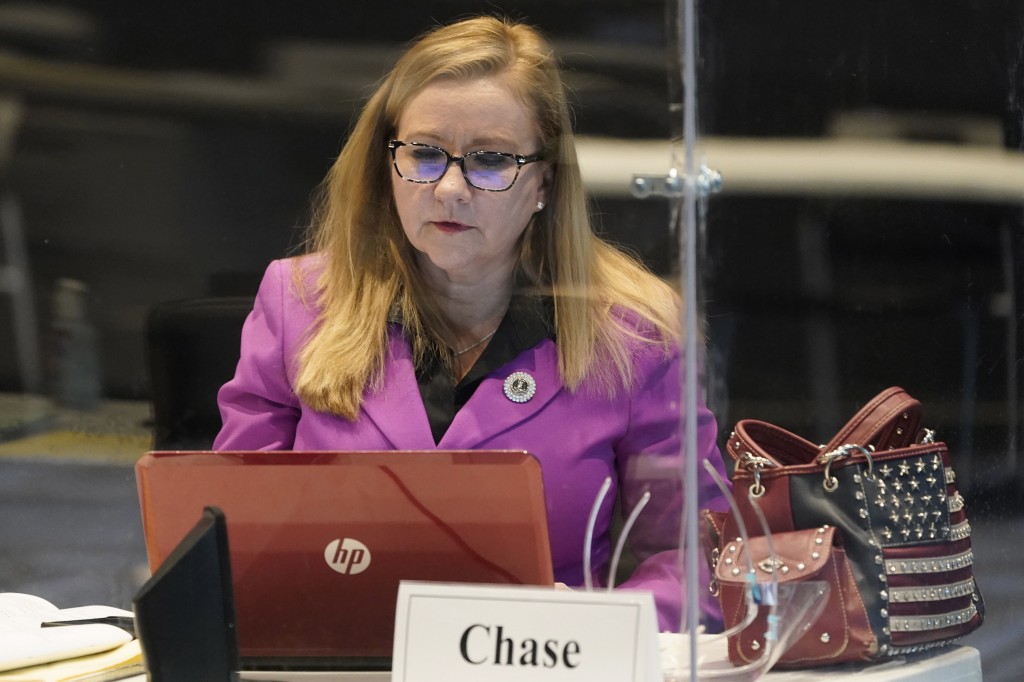 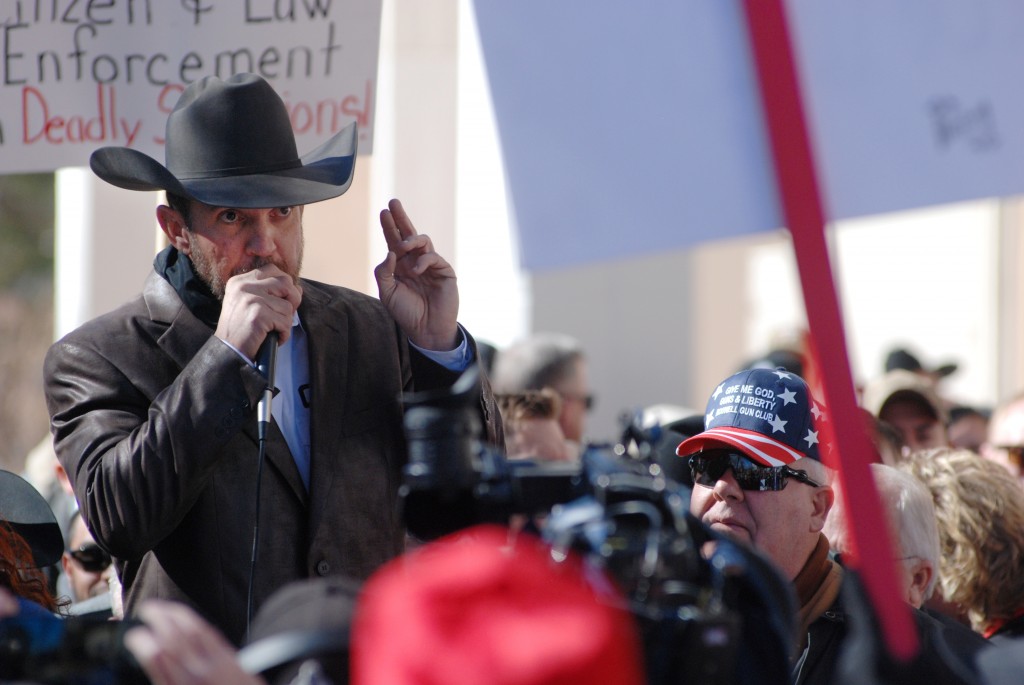 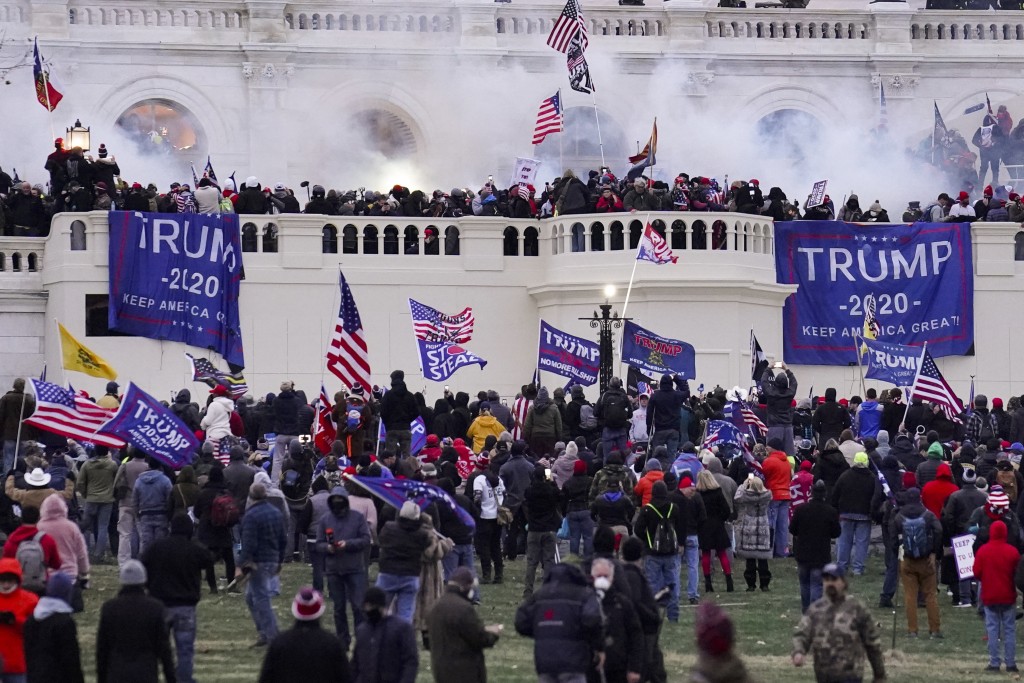 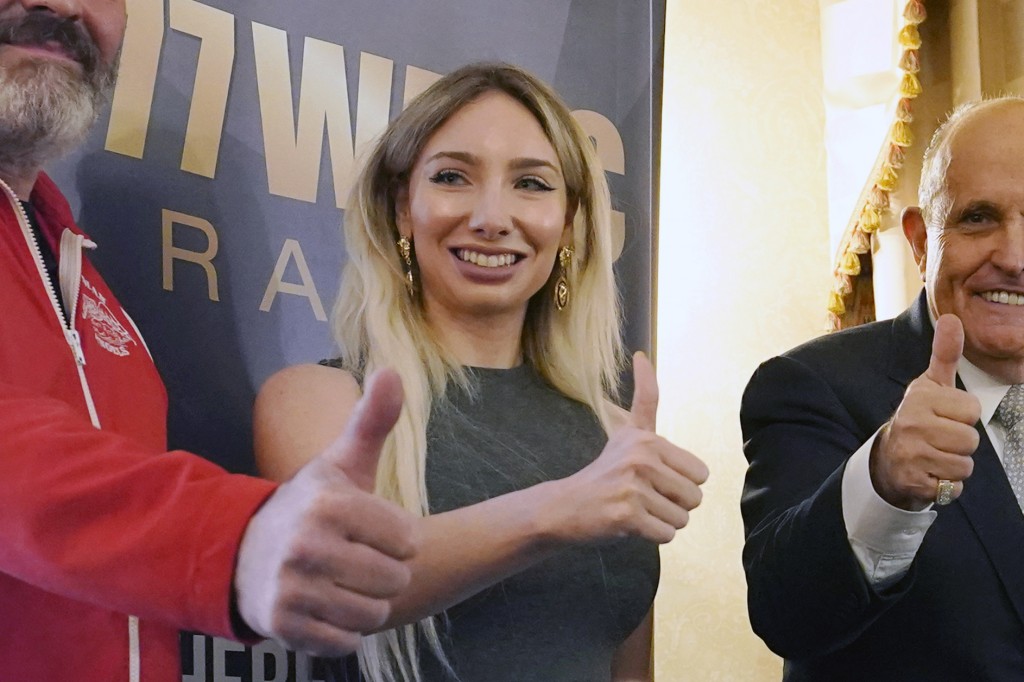 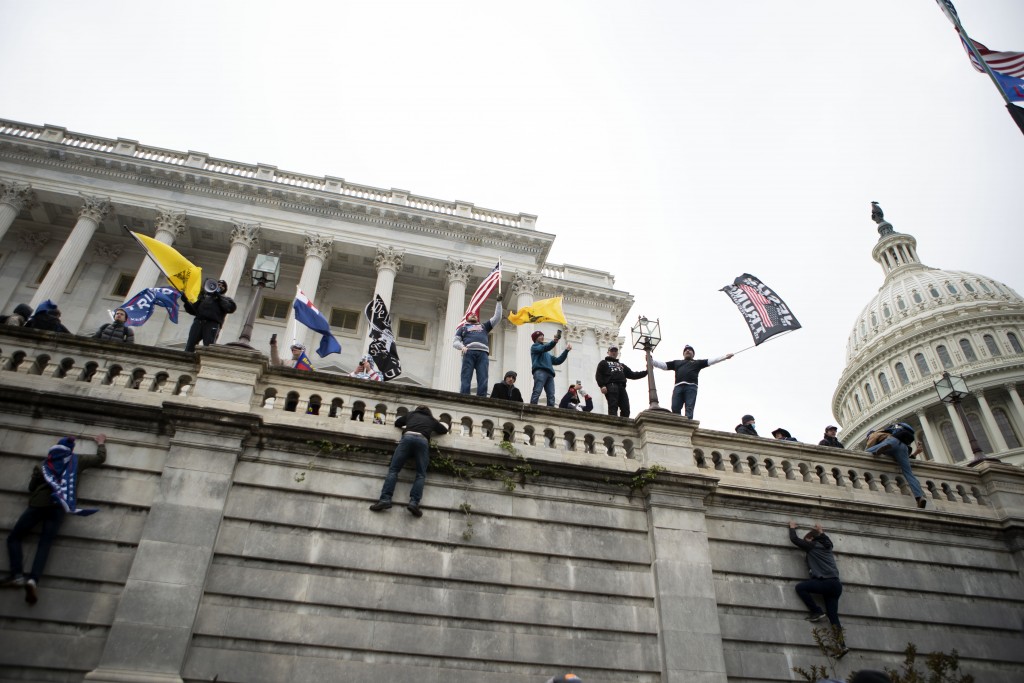 A faction of local, county and state Republican officials is pushing lies, misinformation and conspiracy theories that echo those that helped inspire the violent U.S. Capitol siege, online messaging that is spreading quickly through GOP ranks fueled by algorithms that boost extreme content.

The Associated Press reviewed public and private social media accounts of nearly 1,000 federal, state, and local elected and appointed Republican officials nationwide, many of whom have voiced support for the Jan. 6 insurrection or demanded that the 2020 presidential election be overturned, sometimes in deleted posts or now-removed online forums.

“Sham-peachment,” they say, and warn that “corporate America helped rig the election.” They call former president Donald Trump a “savior” who was robbed of a second term — despite no evidence — and President Joe Biden, a “thief.” “Patriots want answers,” they declare.

The bitter, combative rhetoric is helping the officials grow their constituencies on social media and gain outsized influence in their communities, city councils, county boards and state assemblies. And it exposes the GOP’s internal struggle over whether the party can include traditional conservative politicians, conspiracy theorists and militias as it builds its base for 2022.

Earlier this month, FBI agents visited Republican Women’s Federation of Michigan vice president Londa Gatt to ask where she was on the day of the Capitol attack.

Gatt, a Bikers for Trump coordinator who roars, leather-vested, alongside political rallies on her Harley-Davidson, had helped organize busloads of Trump supporters to join her in Washington on Jan. 6. She says she climbed the scaffolding outside the Capitol building that day “to take a picture of the whole view.” And she said she gladly told FBI agents that she did nothing wrong, and left the scene right away as things turned violent.

Since then, Gatt has shared hashtags tied to QAnon conspiracy theories online and asked her Facebook friends who participated in Capitol intrusions to send messages directly to Trump explaining that he didn’t incite them. “The lawyers need our help,” she posted.

Gatt is among many conservatives organizing on Twitter, Facebook, Parler, Gab and Telegram and is working on a digital strategy under different monikers.

“We were cheated out of our legit president and we have no voice because our vote didn’t count,” she told The Associated Press. “I’m getting ready to start opening up some new pages, focus on getting out people who voted against Trump and replace those with conservative Republicans.”

The AP reviewed social media accounts of nearly 1,000 federal, state and local elected and appointed Republican officials, many of whom have voiced support for the Jan. 6 insurrection or demanded that the 2020 presidential election be overturned, sometimes in deleted posts or now-removed online forums. Although some Democrats also have used incendiary and aggressive language online, AP focused its research on the GOP because court documents show the overwhelming number of people arrested in association with the Capitol insurrection are longtime supporters of Trump, who has a huge Republican fan base after leaving office.

Republican National Committee spokeswoman Mandi Merritt didn't answer specific questions about the GOP officials' rhetoric, and instead referred AP to a Jan. 13 statement by Chairwoman Ronna McDaniel: “Violence has no place in our politics. Period.”

Regan has continued posting on Facebook, including on Jan. 16: “The thing I object most about democrats is that they incite my base instincts to retaliate in kind.”

When AP asked about his posts, Regan said: “My message on social media, print media, and in person is consistent. ‘Pray for serenity. Be the eye of the storm. Stay calm. Think clearly. Don’t panic. Stay peaceful while demanding integrity and honesty.'”

Some Republican officials are posting theories related to QAnon, which the FBI has called a domestic terrorism threat. And the Department of Homeland Security has warned of the potential for lingering violence from extremists enraged by Biden’s election and emboldened by the Capitol attack.

Two days after he joined the Capitol attack, Sacramento, California, Republican Assembly President Jorge Riley, posted on Facebook: “I won’t say I stood by. Come take my life. I’m right here.” Then he posted his home address, according to court documents, followed by “You all will die.”

He was arrested for his involvement in the insurrection and forced to resign. Neither Riley nor his attorney responded to requests for comment.

Following Trump’s acquittal in his second impeachment trial, Mitch McConnell, the Senate’s top Republican, called claims the ex-president won the election “wild myths.” Still, about two-thirds of Republicans say — contrary to all evidence — that Biden was not legitimately elected president, according to a recent poll by AP-NORC Center for Public Affairs Research.

“We need to be very careful about not painting with an overly broad brush what incitement to violence is,” said Nora Pelizzari, spokeswoman for the National Coalition Against Censorship. “We can’t allow anger at people in power to become punishable.”

In Arizona and Illinois, prominent Republicans who refused to support Trump’s bid to overturn the election have been rebuked by the state GOP and a central committee, respectively.

Catsimatidis told AP she believes it is political officials' duty to reach as many people as possible.

“Political leaders have influence, and the fact that I have developed a social media following is exactly what you should be doing,” she said. “I want to make sure that I can get information out.”