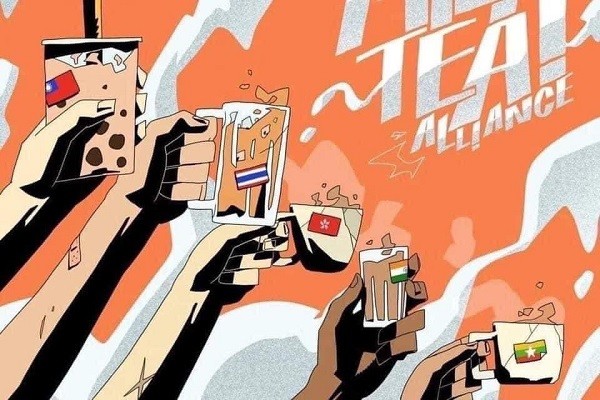 TAIPEI (Taiwan News) — The Milk Tea Alliance is calling on its Taiwanese members to join with other member nations in supporting Myanmar democracy activists on Sunday (Feb. 28).

On Wednesday (Feb. 24), Milk Tea Alliance members on Twitter posted calls for a united front to fight for democracy and reject the military coup in Myanmar. By Thursday (Feb. 25), members began to call for mobilization and to "make milk tea and end dictatorships on Feb. 28."

The Milk Tea Alliance is a primarily an online movement with members from Taiwan, Hong Kong, Thailand, India, and Myanmar. Myanmar members of the alliance are calling on "friends from ASEAN" — specifically Hong Kong, Taiwan, India, and Thailand — to mobilize on Sunday.

The digital protest is timed to coincide with an" unofficial meeting" of the Myanmar junta's Foreign Minister Colonel Wunna Maung Lwin with Thailand Prime Minister Prayuth Chan-ocha, slated for that day. Myanmar activists are concerned that Prayuth's meeting with the envoy signifies that Thailand officially recognizes the new regime.

Prayuth, who is himself a former army general who seized power in a 2014 coup, denied that he was "endorsing anything" during a meeting with the minister on Wednesday (Feb. 24). He claimed that he was "only listening to what he was telling me," reported Reuters.

In mid-April last year, Chinese trolls attacked Thai celebrity Vachirawit Chivaaree, also known as "Bright," and his newly revealed girlfriend, Weeraya Sukaram, who goes by the nickname "New" and has the Twitter handle "nnevvy." The Chinese trolls attacked the pair for their perceived support of pro-democracy protesters in Hong Kong and Taiwan independence activists.

Thai netizens responded to the tidal wave of Chinese troll attacks by using self-deprecating humor under the Twitter hashtag #nnevvy. Taiwanese and Hong Kong netizens joined in to support their Thai counterparts, and on April 14, the #MilkTeaAlliance meme was born.

The original meme depicts citizens of Thailand, Taiwan, and Hong Kong holding up their respective popular tea drinks: Thai tea, bubble tea, and Hong Kong-style milk tea. In May last year, when Taiwan was again excluded from the World Health Assembly, India was included in the alliance, and the bond was further strengthened after a deadly border clash broke out with China.

Following the coup by Myanmar's military junta on Feb. 1 and protests by activists to restore the democratically elected government, Myanmar was added to the Milk Tea Alliance.

Dear Friends from ASEAN, Hong Kong & Taiwan,
We are inviting you to join the mobilization of milk tea alliance on 28th February 2021 after the unofficial meeting of Myanmar Junta’ envoy with Thai PM Prayut.#MilkTeaAlliance#Feb26Coup#WhatsHappeningInMyanmar pic.twitter.com/IXtAtbFzih 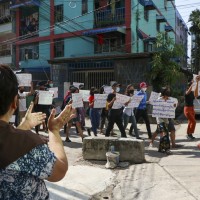 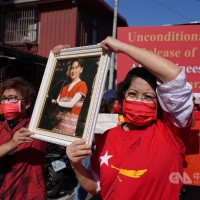 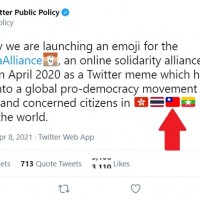 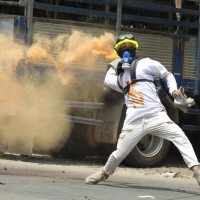 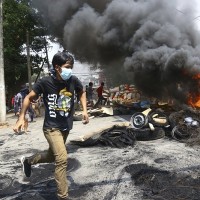