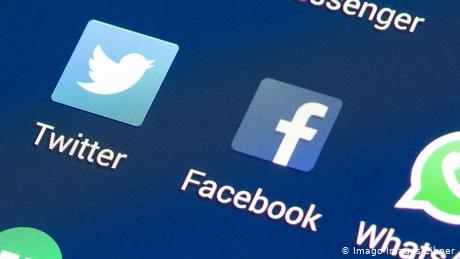 The clampdown follows a refusal by Twitter to take down accounts and tweets following a violent confrontation between the police and protesting farmers on January 26. The company had temporarily complied to the government's request and later reversed its decision.

Social media has become a key battleground in the Indian government's standoff with farmers who have been protesting in New Delhi since November.

What are the new rules?

India's Information Technology Ministry said that under the new rules, the online platforms will have to remove content within 24 hours if there is a complaint against it and redress the complaint within 15 days.

Companies will also have to disclose the source of the "mischievous tweet or message" to the government or court, if mandated, and assist the government with cyber-security related incidents within 72 hours of receiving a complaint.

Online streaming services such as Amazon Prime and Netflix have been ordered to classify content according to a user's age. There would also be government oversight on online news platforms.

Ravi Shankar Prasad, the minister for information technology, said that the new rules require social media companies to appoint a chief compliance officer and a "grievance redressal officer," based in India.

The government will also appoint a "self-regulatory body" to monitor activity on the platforms and ensure actions are taken when there are complaints about content.

What did officials say?

"If there is an attack on Capitol Hill in Congress, social media supports police action. But [if] there is an aggressive attack on Lal Qila [Red Fort]... you have double standards," Prasad said.

The minister added that the new regulations are necessary to process content complaints.

"The government welcomes criticism and the right to dissent but it is important for the users of social media to have a forum to raise their grievance against the misuse of social media," said Prasad.

How have social media firms reacted?

Following the release of the new rules, Facebook said that it was "an ally for India" and it would carefully study the new regulations.

"We have always been clear as a company that we welcome regulations that set guidelines for addressing today's toughest challenges on the internet," said a company spokesperson.

Meanwhile Twitter said that the regulation is beneficial if it safeguarded "citizen's fundamental rights and reinforces online freedoms."