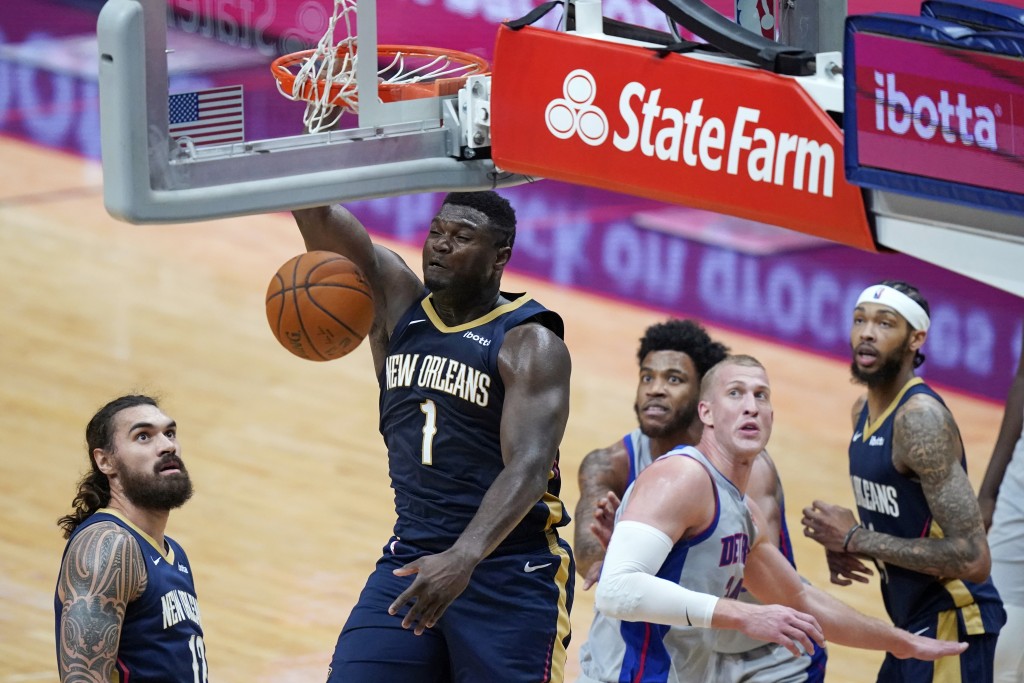 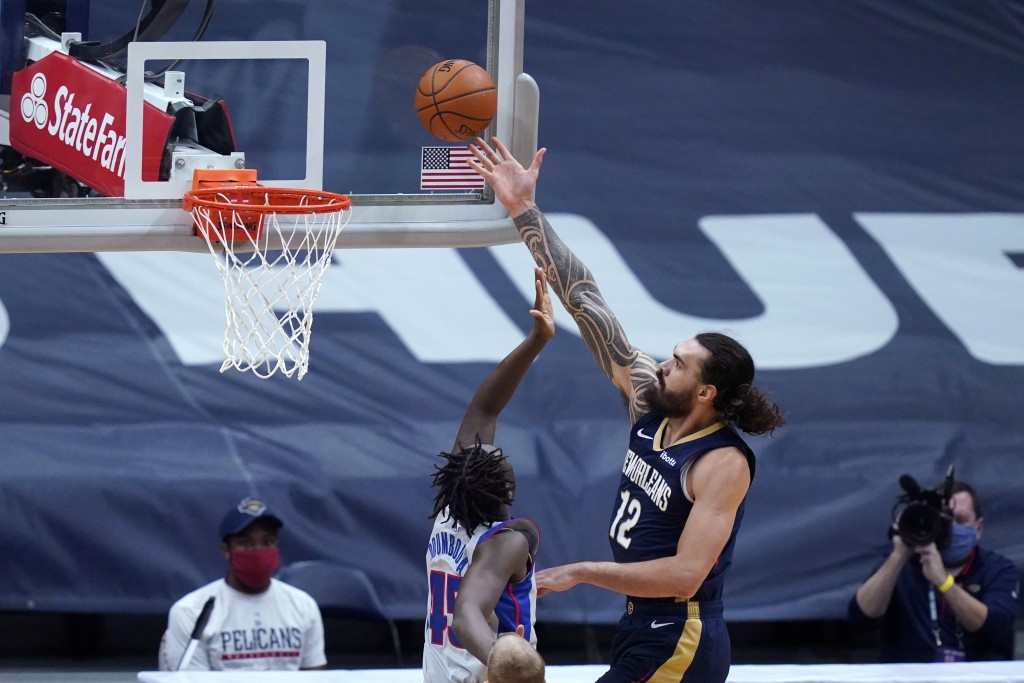 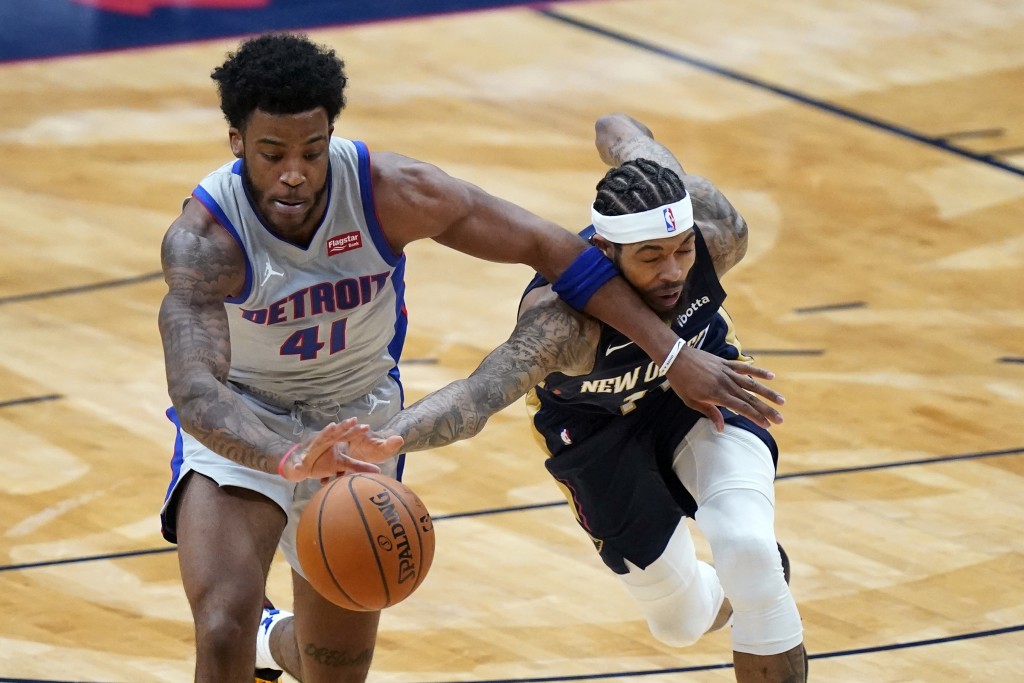 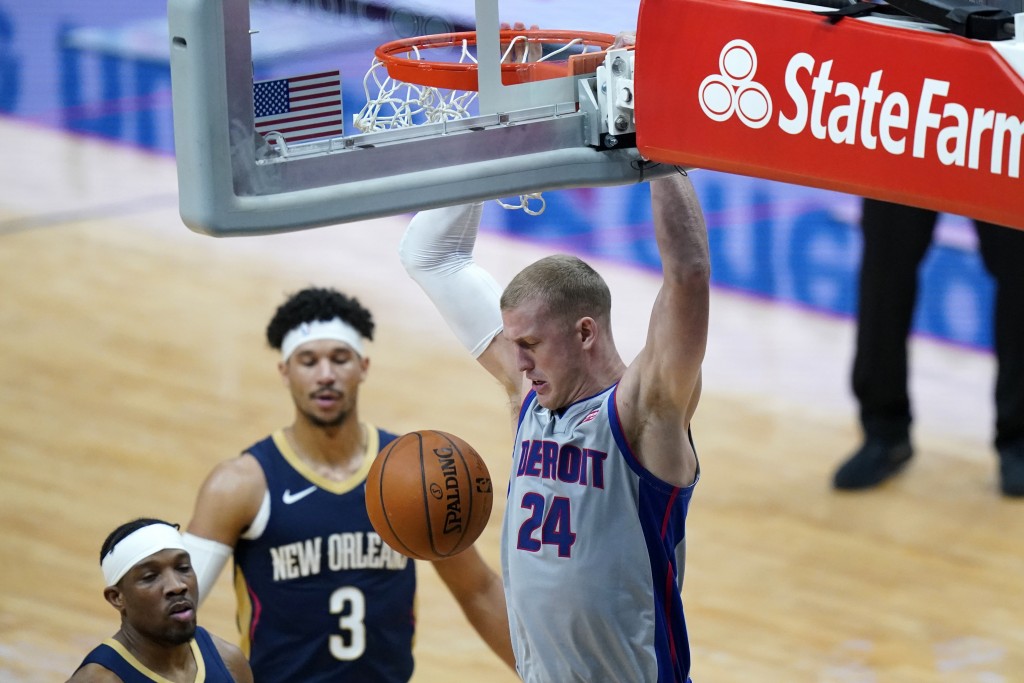 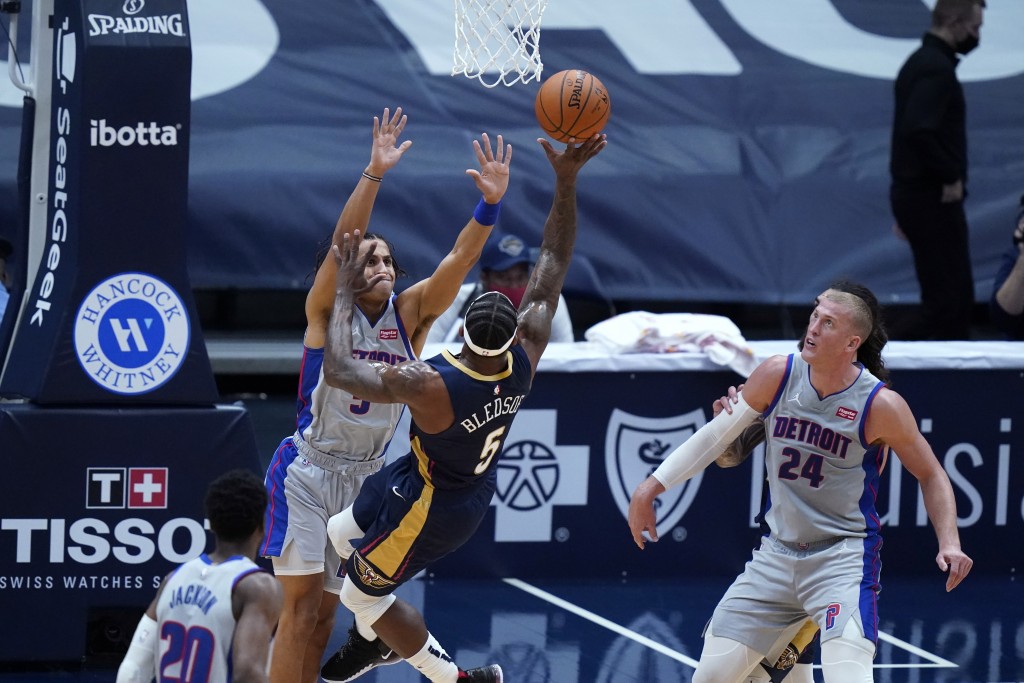 NEW ORLEANS (AP) — Zion Williamson scored 32 points in his first game since being named a first-time All-Star, and the New Orleans Pelicans beat the Detroit Pistons 128-118 on Wednesday night.

Highlighting his performance with quick dribbling spin moves to elude multiple converging defenders in the paint and set up short floaters and layups, or with thunderous one-handed dunks on cuts down the lane or along the baseline, Williamson made 13 of his 18 shots in reaching the 30-point threshold for the eighth time this season.

Brandon Ingram added 27 points, eight assists and seven rebounds for New Orleans, which trailed most of the first three quarters before edging in front in the fourth quarter, thwarting the Pistons' bid to win two road games in consecutive nights. Steven Adams scored 14 points and grabbed 15 rebounds in his first action since missing two games with a sore right ankle. His putback gave the Pelicans a 121-111 lead with 2:15 left.

Josh Jackson scored 25, and Mason Plumlee added 21 points for Detroit, which led by 10 in the first half and nine in the third quarter. Saban Lee and Saddiq Bey each scored 13 points.

The Pistons looked sharp early, combining for nine 3s and shooting 53.1% overall (26 of 49) in scoring a season-best 69 first-half points.

Detroit got 36 first-half points from reserves including 10 from Jackson and nine from Svi Mykhailiuk on three 3s.

Detroit was up by seven late in the half before Williamson scored on a dribble drive in the final seconds of the quarter to make it 69-94.

Pistons: Fell to 3-15 on the road. ... Wayne Ellington started after resting a night earlier in Orlando. He had seven points and three assists in 24 minutes, missing six of seven 3-point attempts. ... Mykhailiuk finished with 12 points and Dennis Smith Jr. scored 12. ... Sekou Doumbouya was limited to 22 minutes in part because he was called for his fifth foul half way through the third quarter. ... Finished 13 of 37 from 3-point range.

Pelicans: Josh Hart led Pelicans reserves with 11 points in x minutes. ... Starting guards Eric Bledsoe and Lonzo Ball each scored 10 points while Ball added eight assists. ... New Orleans shot 55.6% (50 of 90), including 10 of 23 from deep. ... Hart was assessed a technical foul after complaining that Detroit defenders were permitted to hack him on the arm during a layup attempt. ... The Pelicans outscored Detroit 74-60 in the paint and outscored the Pistons 26-13 on fast breaks.