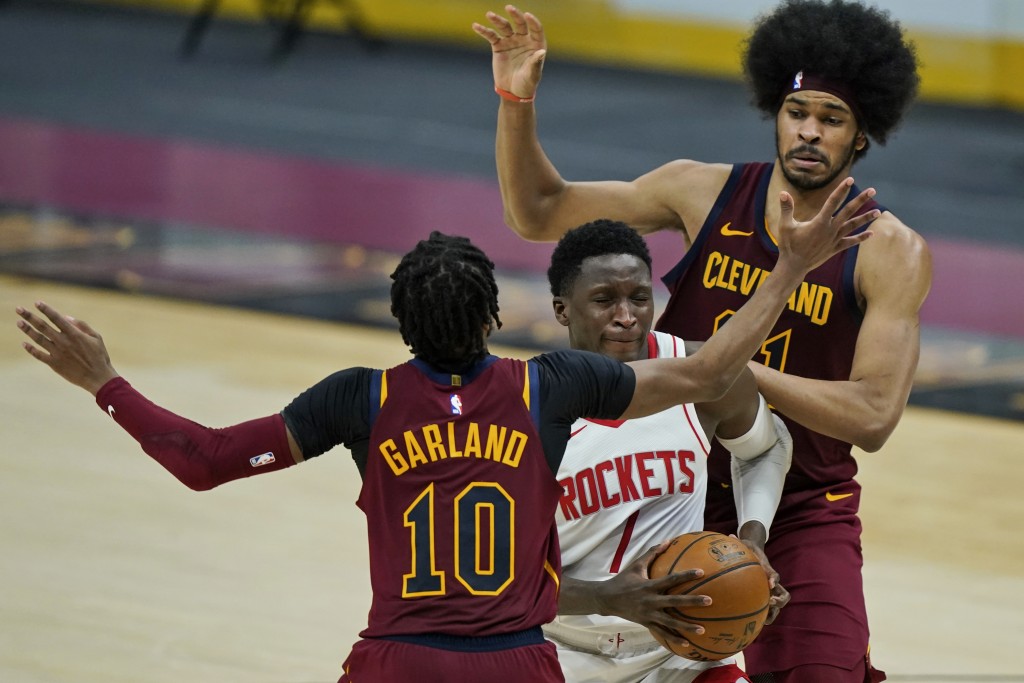 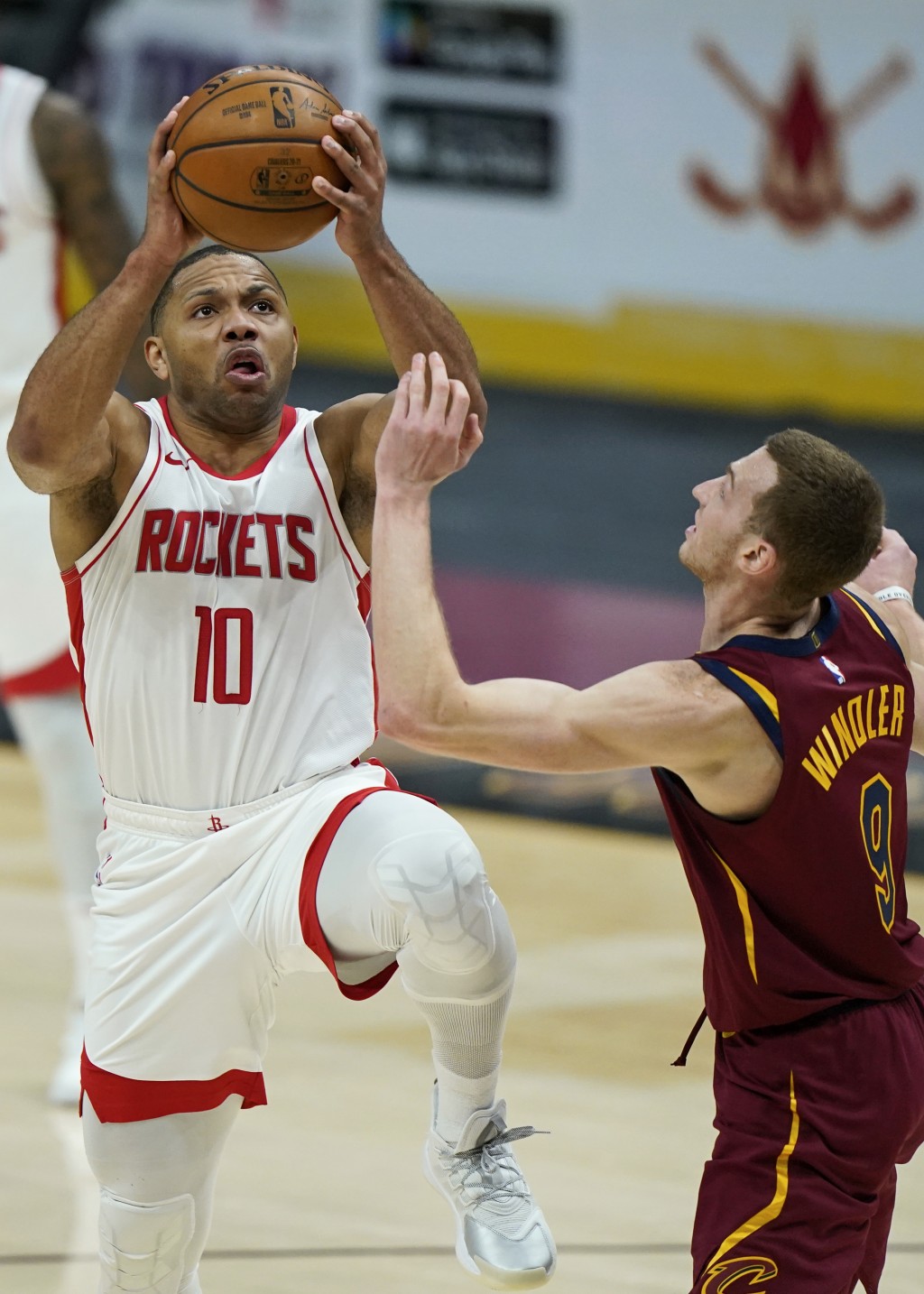 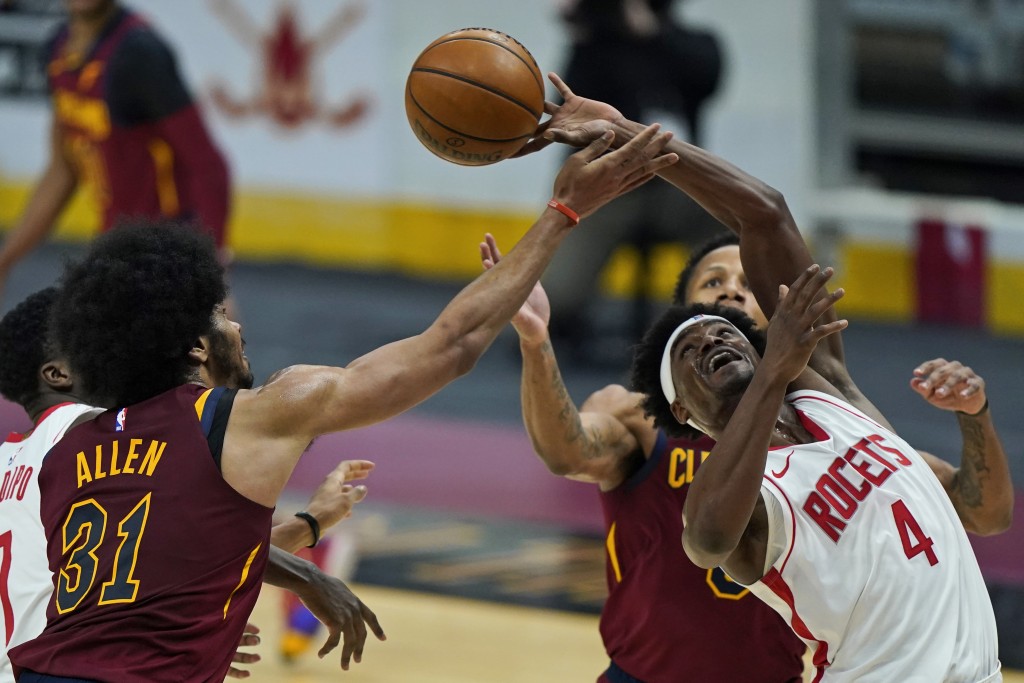 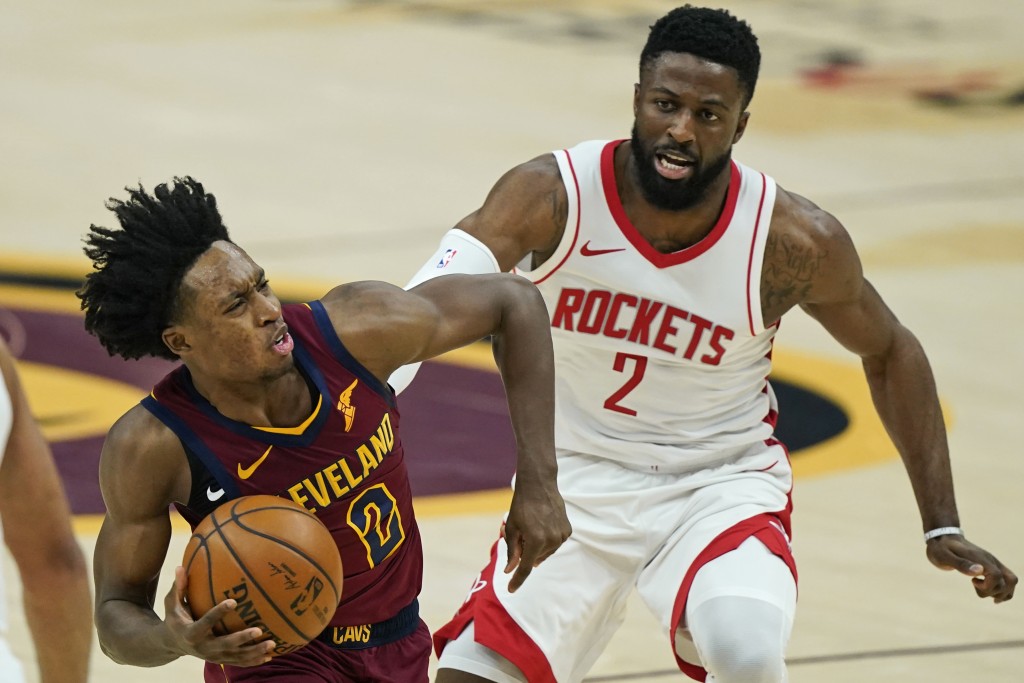 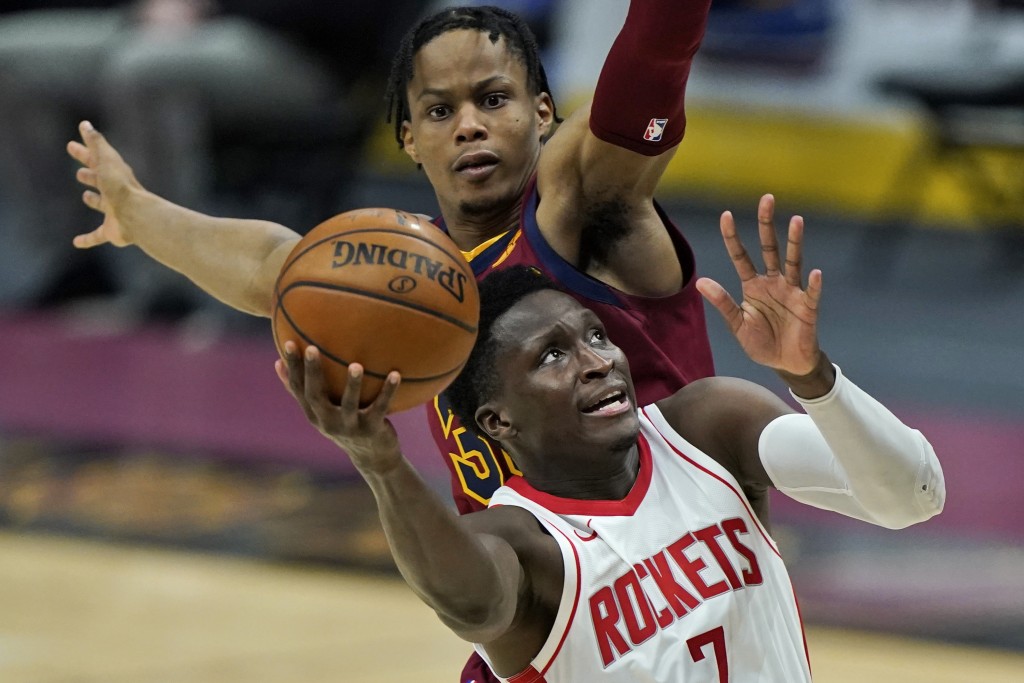 CLEVELAND (AP) — Jarrett Allen tied his career high with 26 points, grabbed 18 rebounds and blocked four shots as the Cleveland Cavaliers pulled away for a 112-96 win over Houston on Wednesday night, extending the Rockets’ losing streak to nine games.

Allen, who leads the NBA making 67.2% of his field goals, made 10 of 11 shots from the floor as Cleveland won for the second straight evening after dropping its previous 10 contests. It beat Atlanta 112-111 on Lamar Stevens’ dunk with 4.1 seconds left Tuesday.

John Wall scored 20 points and Victor Oladipo had 17 points and six rebounds in his return from a strained right foot for Houston, whose last victory occurred at Memphis on Feb. 4. Eric Gordon added 17 points off the bench.

The Cavaliers blew the game open with a 22-9 run in the fourth quarter, capped by a 3-pointer by rookie Isaac Okoro that made it 106-89. Cleveland later extended its lead to 112-93 on a trey by Collin Sexton, who scored 23 points.

Darius Garland collected 11 points and 10 assists for the Cavaliers, who shot 67.6% in the second half. Rookie Dylan Windler scored 13 points on 4-of-4 3-point shooting, extending his string of makes beyond the arc to nine.

Dean Wade scored 11 points and Cedi Osman had seven points and eight rebounds as Cleveland held an opponent below 100 points for the first time since Feb. 1, a span of 11 games.

Houston has lost six in a row on the road. It started its 19th lineup in 30 games with Oladipo back after a four-game absence. He missed his first five shots and finished 1 of 8 on 3-pointers.

CHIPS OFF THE BLOCK

Rockets coach Stephen Silas and Cavaliers counterpart J.B. Bickerstaff share a common background as the sons of longtime NBA coaches Paul Silas and Bernie Bickerstaff. “We have very similar paths and points of view, so our friendship is invaluable,” Silas said. When Bickerstaff took over the Grizzlies in 2018, he attempted to hire Silas. “We go back a long, long way, but he shunned me and went to Dallas,” Bickerstaff joked.

Rockets: Houston will play 10 back-to-back sets in the second half of the season, which it opens on March 11 with a stretch of 11 games in 17 days. ... C Christian Wood (right ankle sprain), who has been out since Feb. 4 at Memphis, will return after the All-Star break. ... G Kevin Porter Jr., acquired from Cleveland on Jan. 29, is averaging 23.3 points for Rio Grande Valley in the G League. Silas said he will join the Rockets in March.

Cavaliers: F Taurean Prince (left ankle soreness) saw his first action since Feb. 14, playing eight minutes before his injury flared up. ... Wade made his second straight start after not playing in the previous two games. ... Bickerstaff’s first head coaching job was on an interim basis with Houston in 2015-2016. “I learned the daily struggle of how hard it is to manage 15 guys there,” he said. “That was a big difference for me.”

Rockets: Play the Raptors in Tampa, Florida on Friday. Wall is averaging 19.1 points and 8.0 assists in 27 career games against Toronto, all of them with Washington.

Cavaliers: Visit Philadelphia on Saturday. Sexton had 22 points as Cleveland beat the 76ers 118-94 on Dec. 27, posting its largest victory margin since March 11, 2019.