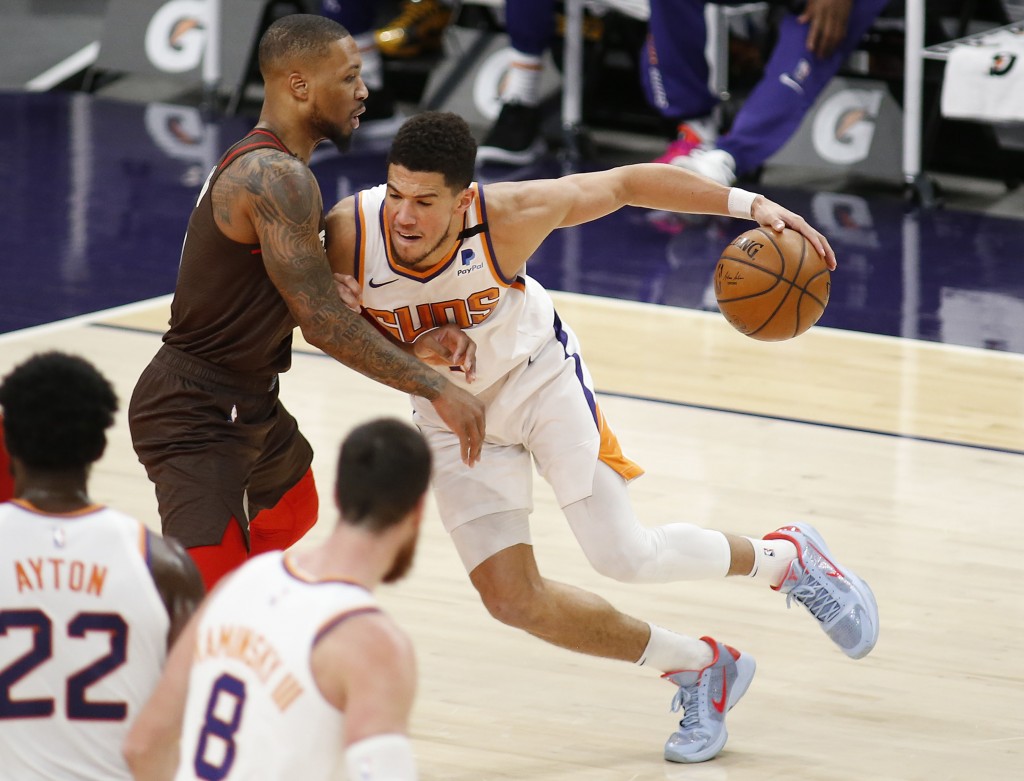 NBA Commissioner Adam Silver choose Booker to take Davis' spot a day after Booker was snubbed by the league's head coaches for a reserve spot in the March 7 game in Atlanta.

“Devin Booker is the most disrespected player in our league!!! Simple as that,” Lakers star LeBron James tweeted after Booker was left out Tuesday.

Davis, voted in as a reserve, is sidelined by a strained right calf.

Booker received his second straight All-Star selection, both as an injury replacement. He's averaging 24.7 points, 4.3 assists, 3.8 rebounds and shooting a career-high 50.1% from the field.

Booker and fellow All-Star Chris Paul have helped Phoenix to a 20-10 record, fourth-best in the NBA. The Suns last had two All-Stars in 2009-10 with Steve Nash and Amare Stoudemire.