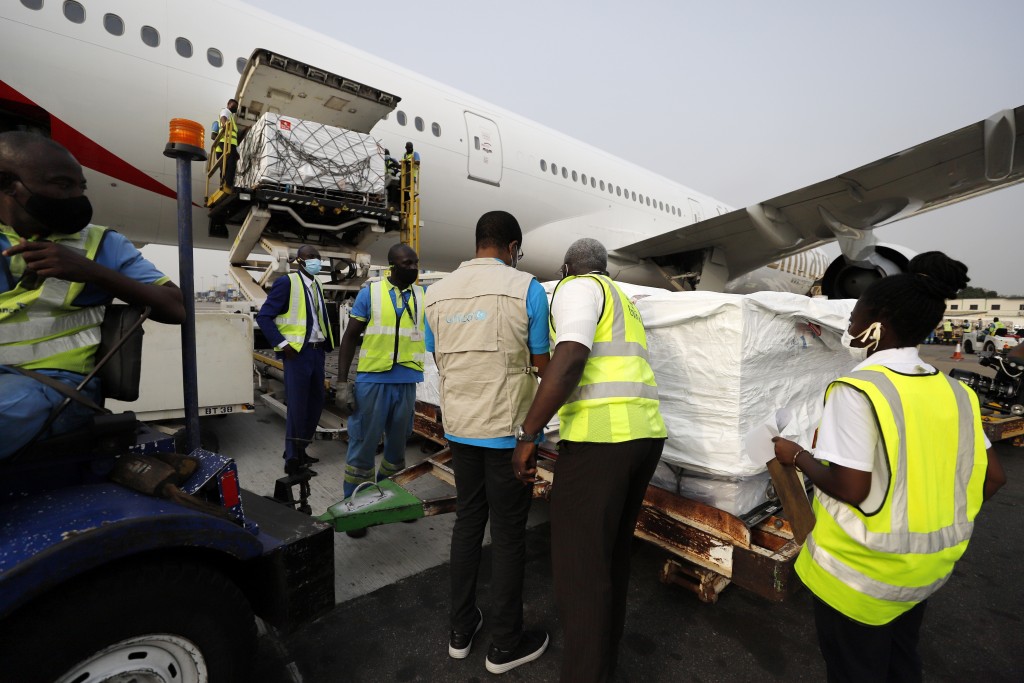 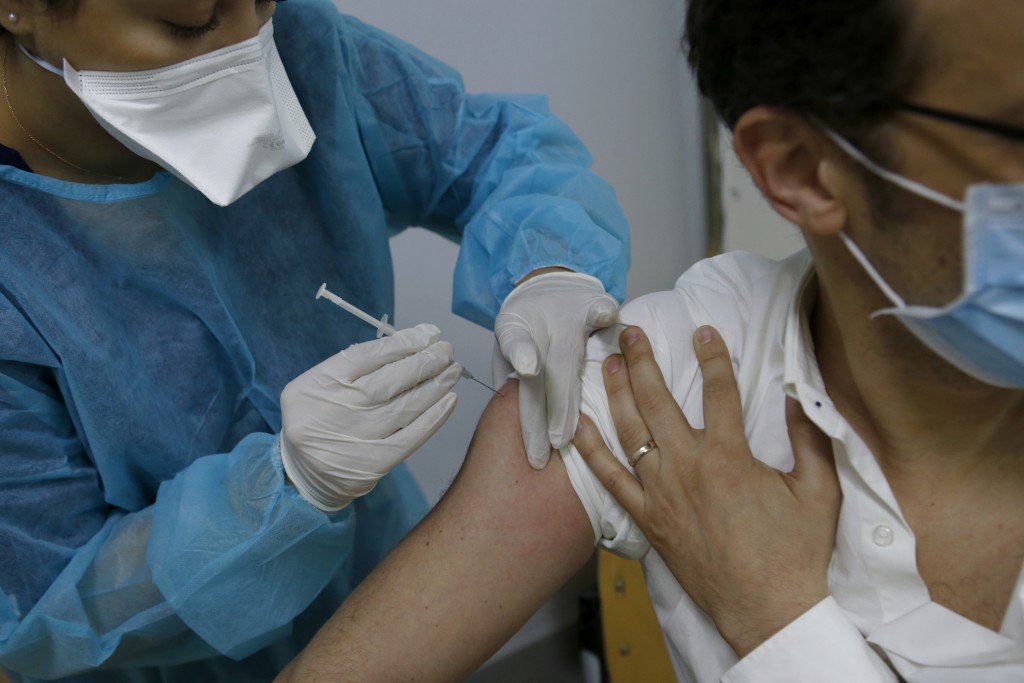 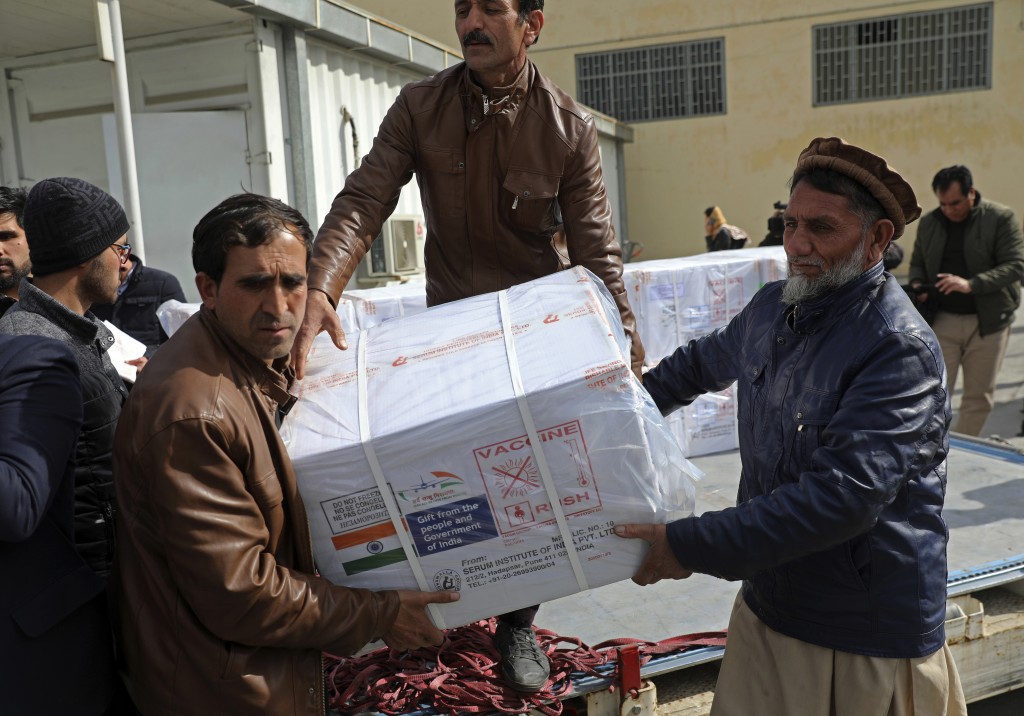 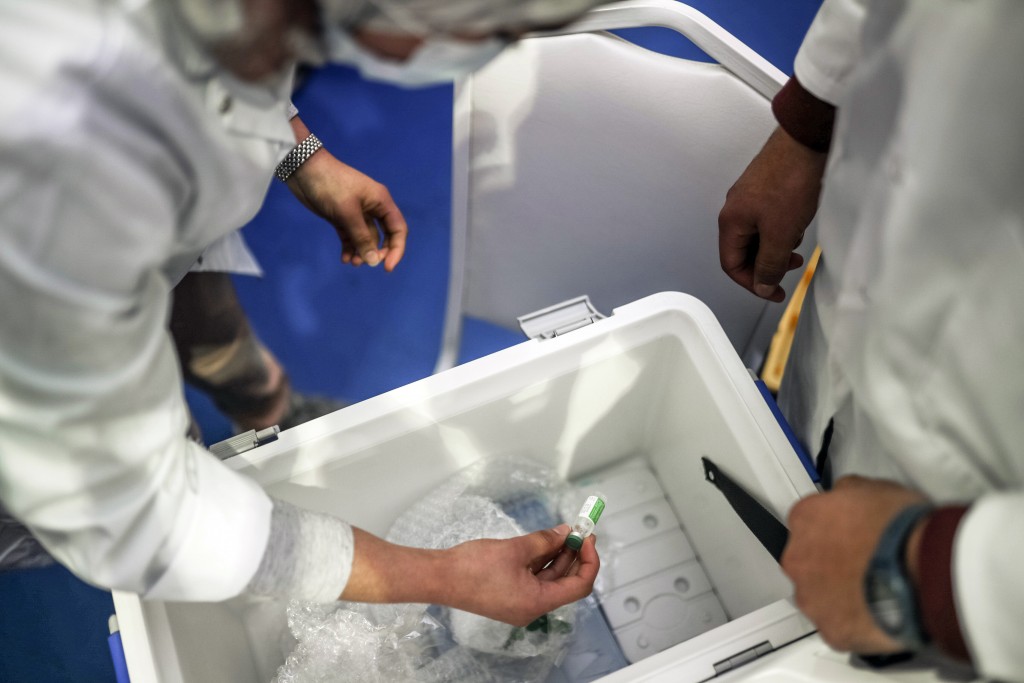 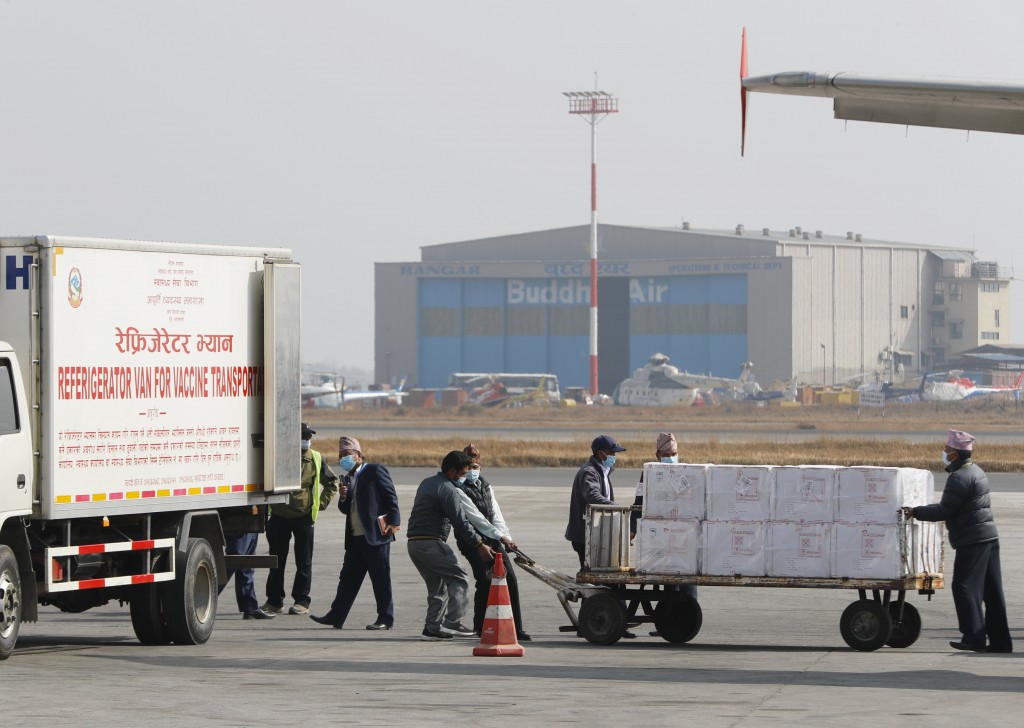 As the coronavirus pandemic exploded worldwide last April, global organizations banded together to help ensure that the world's most vulnerable people would get vaccines amid the rush for shots. The initiative known as COVAX was formed by the World Health Organization, the vaccines alliance GAVI and a coalition for epidemic innovations called CEPI.

COVAX is supposed to make deals to buy vaccines in bulk from drug companies and can also receive donated shots from rich countries. Poorer nations are then supposed to receive free doses from the initiative — and wealthier ones can also buy from it, as a way of diversifying their supply.

But it has been dogged by shortages of cash and supplies as well as logistical hurdles — all while a handful of rich countries raced ahead with their vaccination campaigns.

Only on Wednesday did the first vaccines bought by COVAX arrive in Ghana. A look at the project so far:

WHY IS COVAX NECESSARY?

Not all countries can afford their own COVID-19 vaccines, and in past pandemics, including the 2009 swine flu pandemic, vaccines were hoarded by rich countries until the outbreak ended. During the HIV crisis, life-saving treatments were made available in Africa only years after they were introduced in the West.

Beyond the moral duty of sharing vaccines broadly, scientists have warned that that allowing the coronavirus to spread freely in any population is a global risk because that could lead to dangerous new variants that could then spread around the globe — even in people who had already had the virus or who had been vaccinated against it.

WHAT DID COVAX SET OUT TO DO?

COVAX's initial goal was to get vaccines to poor countries at roughly the same time shots were being rolled out in rich countries. Although it's missed that target, it is still hoping to deliver about 2 billion doses to more than 90 countries by the end of the year.

COVAX is only planning to provide enough vaccine to immunize about 20% to 30% of people in poorer countries — a figure that will still leave those nations vulnerable to coronavirus outbreaks. Experts estimate that at least 70% of a population needs to be protected against COVID-19 to prevent future epidemics.

There aren't enough vaccines. The world's supply of COVID-19 vaccines is extremely limited — companies are struggling to make more — and experts predict there won't be enough shots to cover the global population until 2023 or 2024. While middle- and high-income countries have reserved more than 5 billion doses, COVAX has signed deals to obtain more than 1 billion vaccines — but not all of those deals are legally binding.

The initiative has received billions of dollars in funding, but WHO Director-General Tedros Adhanom Ghebreyesus pointed out this week that money is almost meaningless if there are no vaccines to buy. He pleaded with rich countries not to strike further deals to secure additional vaccines since that might jeopardize the deals COVAX already has.

COVAX was also unable to start shipping out any vaccines until they were granted an emergency use approval by the World Health Organization. Only two vaccines have received that green light so far, the shots made by Pfizer-BioNTech and AstraZeneca. The AstraZeneca doses makes up the bulk of the shots COVAX has deals for and was only authorized last week. There are no deals for vaccines made in Russia or China, which some experts say could be easier to obtain given the demand for Western-made shots.

Unlike in past outbreaks, when poorer countries have waited for vaccines to be sent by aid agencies, these delays have led numerous developing countries to strike their own private deals outside of COVAX.

WHAT ARE RICH COUNTRIES DOING TO HELP?

Although the Group of Seven, a club of major economic powers, promised to ensure equitable access to COVID-19 vaccines and pledged $7.5 billion for COVAX, there have been few details from countries including Britain, Germany and France about when they would be willing to donate any of their excess shots.

While French President Emmanuel Macron promised to donate 5% of vaccines to COVAX, British Foreign Minister James Cleverly said it was “difficult to say with any kind of certainty” when or how much Britain could donate.

Several wealthier countries have come under fire for buying up huge quantities of vaccines — the U.K., for instance, has deals for enough to cover its population more than five times over. The countries have defended themselves by noting that they had to make the agreements before they knew which shots would work — and, often, by promising to donate excess vaccines. But the lack of detail now is worrying, and some experts say countries will be unlikely to donate any shots until they know how long immunity lasts, and against which variants.

Other rich countries, such as Canada, New Zealand and Singapore, have applied to receive vaccines through COVAX even though they have their own supplies. WHO has said those requests will be fulfilled since part of COVAX's goal was to allow rich countries to buy a wider range of vaccines.