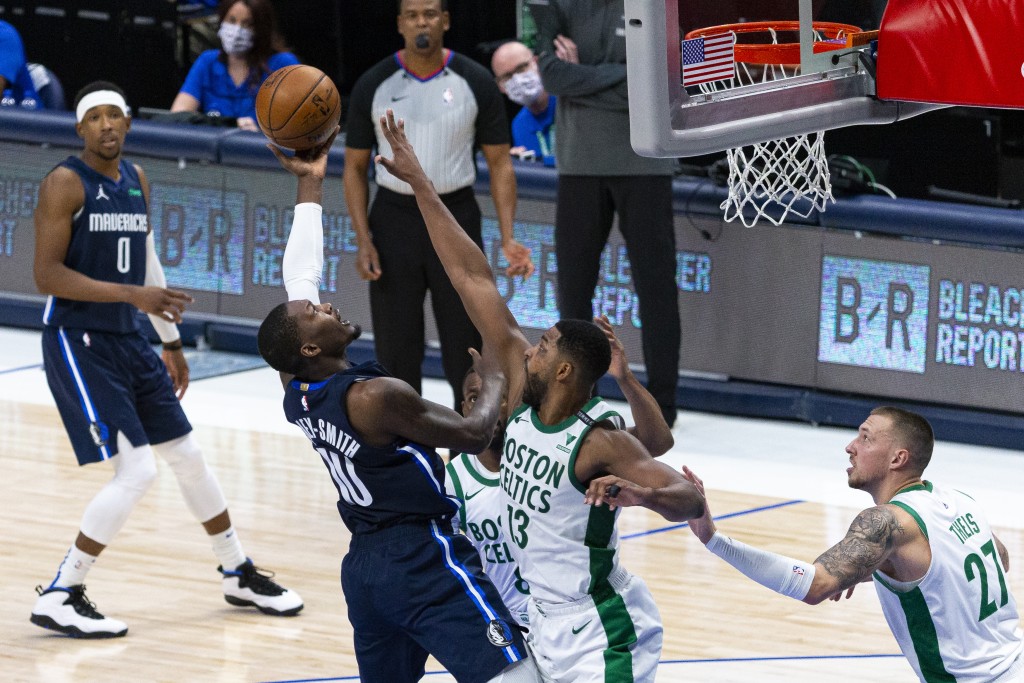 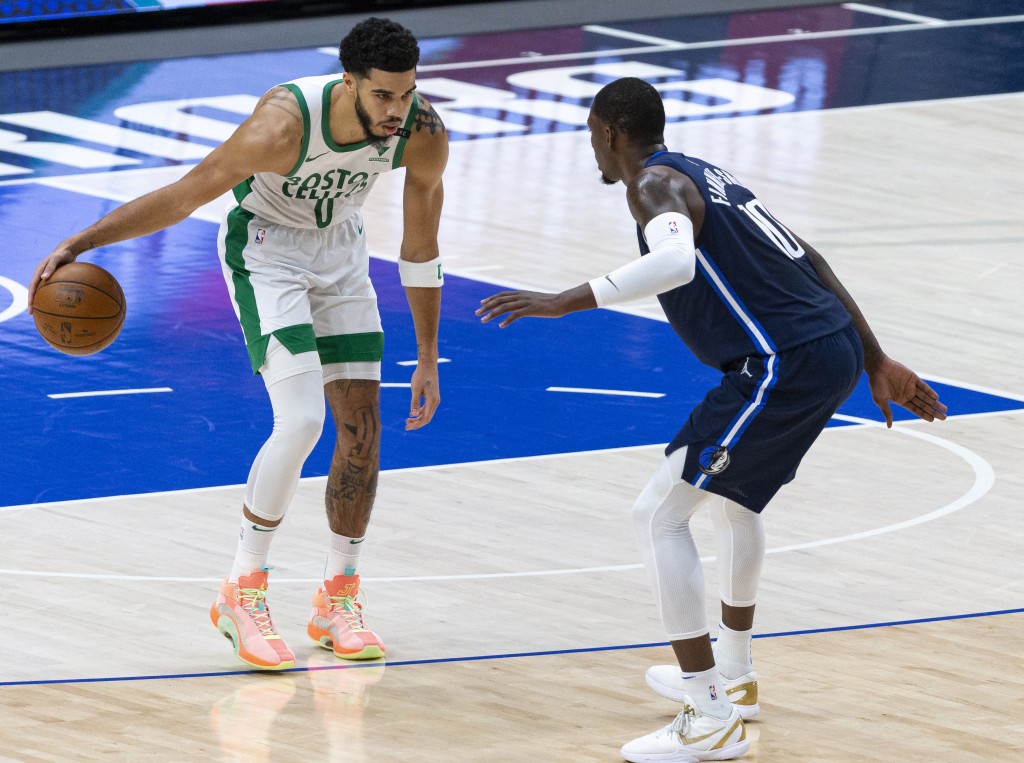 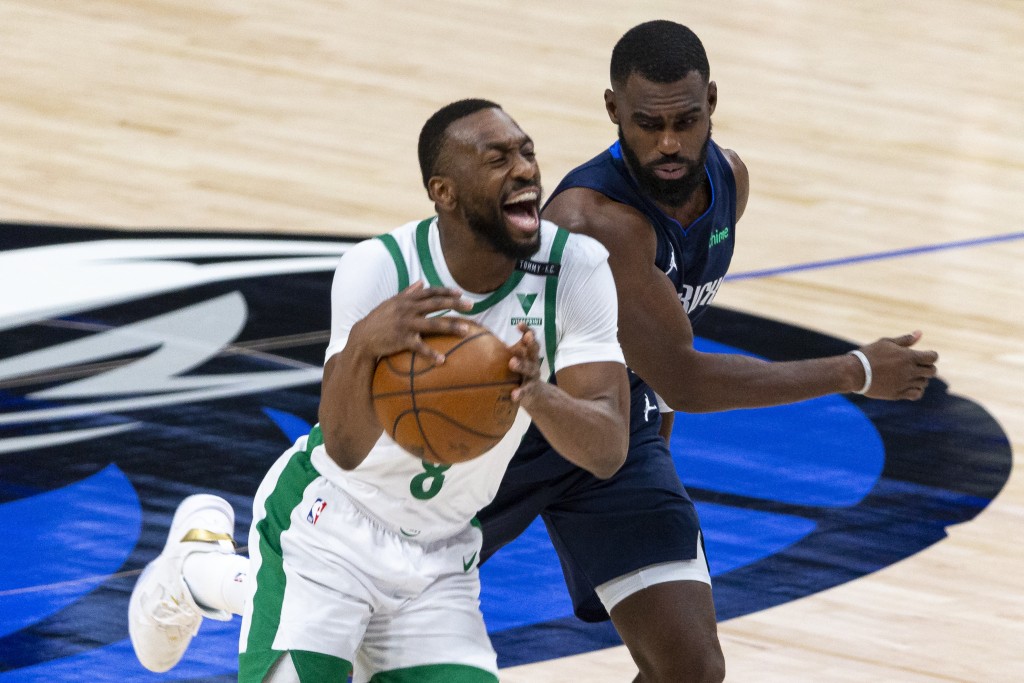 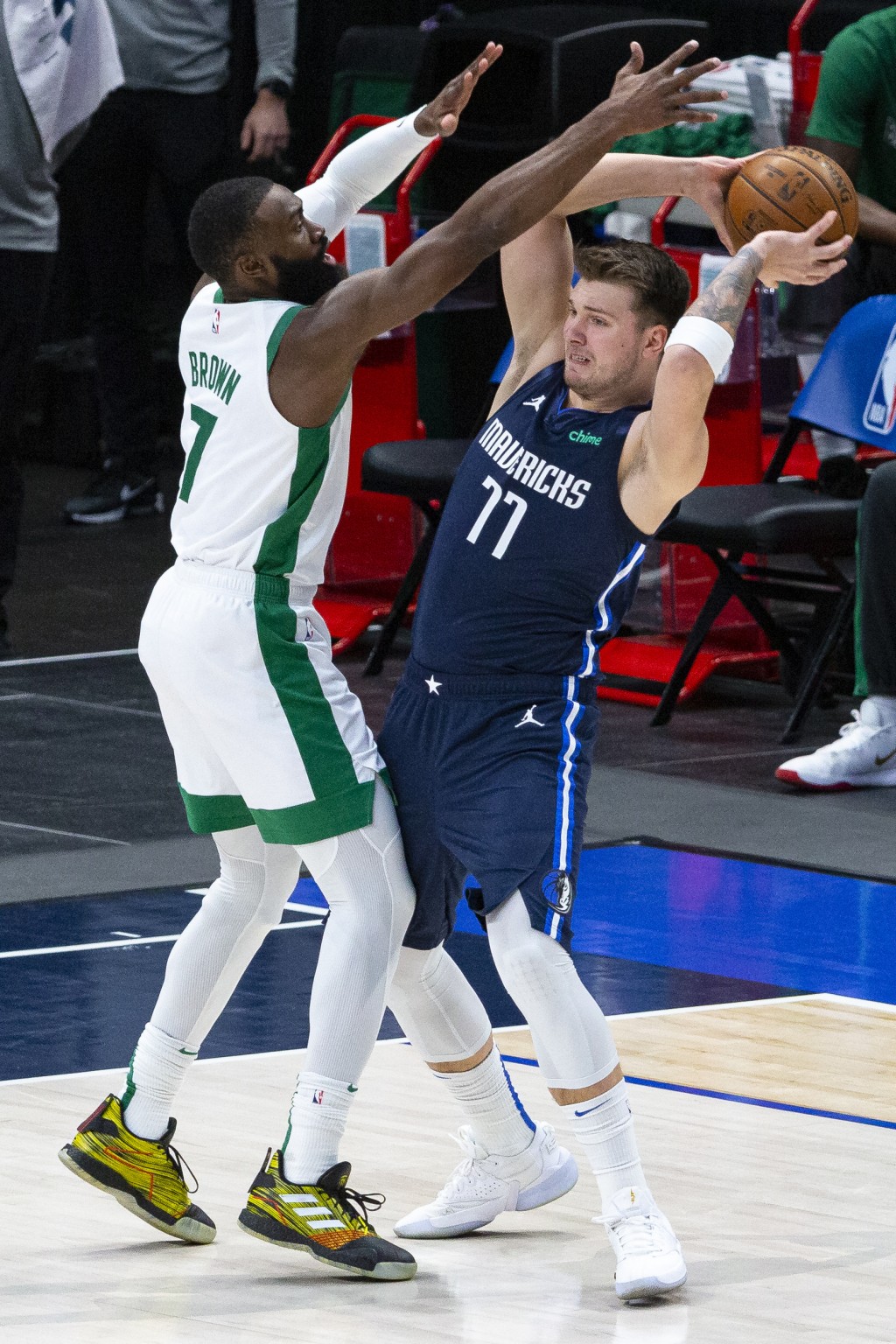 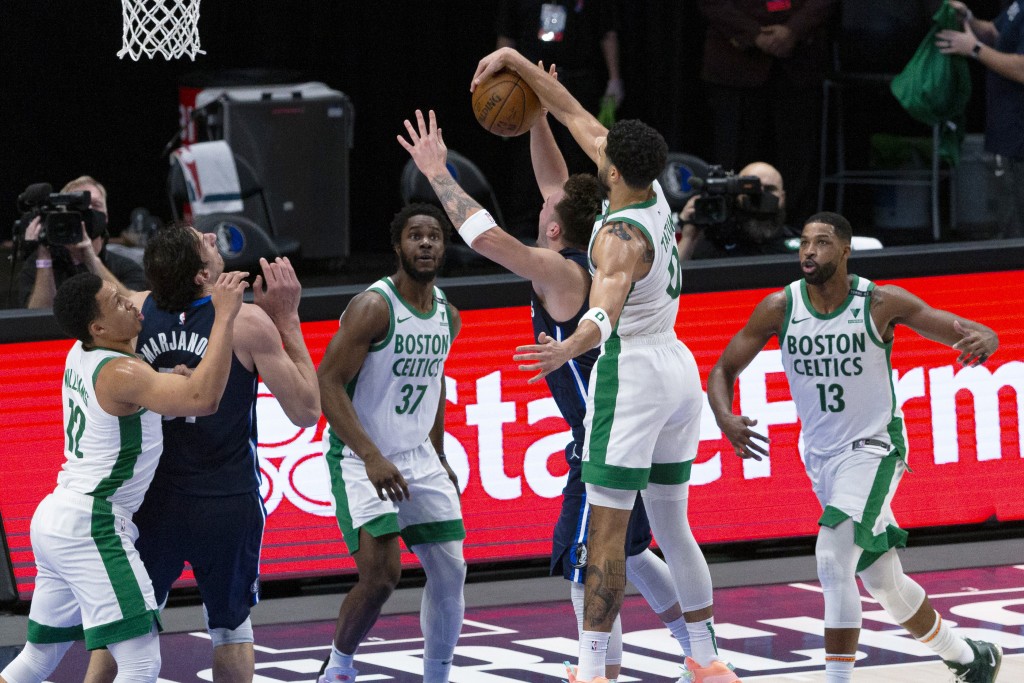 DALLAS (AP) — Luka Doncic hit a tiebreaking 3-pointer with 0.1 seconds remaining — the Dallas sensation's second go-ahead 3 in the final minute — and the Mavericks avoided a fourth-quarter collapse in a 110-107 victory over the Boston Celtics on Tuesday night.

The Celtics trailed by 11 points with three minutes to go before Jaylen Brown put them in front in the final minute with a short jumper. Doncic answered with a 3 before Brown pulled Boston even at 107-all with another bucket. Boston’s desperation inbound pass hit the rim.

Doncic scored 31 points, while Brown had 29 and Jayson Tatum added 28 in an All-Star matchup for the trio after Brown and Tatum were named Eastern Conference reserves earlier in the day. Doncic is a West starter for the second straight season.

Playing without Kristaps Porzingis for a second straight night on a back-to-back because of a tight lower back for his European sidekick, Doncic was steady to help Dallas build a fourth-quarter lead before another spectacular finish five days before the Dallas sensation's 22nd birthday. He had 10 rebounds and eight assists.

Brown was 12 of 20 from the field on the same day he made his first All-Star team, while Tatum earned his second straight selection, just like Doncic. Kemba Walker scored 14 of his 21 points in the fourth to help the Boston rally.

The Mavericks led 104-93 when the Celtics went on a 12-0 run for the lead, started by a four-point play from Walker and capped by Brown's pull-up jumper.

Celtics: Brown and Tatum are just the second pair of under-25 Boston teammates to make the All-Star Game, joining Bob Cousy and Ed Macauley (1953). At 22 years and 357 days, Tatum is the youngest Boston player with multiple All-Star bids. ... Brown and Tatum struggled from 3, combining to go 5 of 18.

Mavericks: With Porzingis and fellow starter Maxi Kleber (sprained left ankle) out, James Johnson started after not playing the previous six games. Johnson was listed with left knee soreness the first game of that absence, but as a coach's decision for the remaining five. He had eight points in 28 minutes, his most in a month. ... A late first-quarter bucket by Jalen Brunson was changed from a 2 to a 3 before the start of the second, expanding the Dallas lead to 34-31.

The Mavericks had their biggest crowd since they started allowing fans Feb. 8. An estimated 2,500 fans attended for free, an increase from the original number of 1,500.

The crowd had been limited to vaccinated essential workers, but the club now is allowing season-ticket holders as well while encouraging fans to have either a negative COVID-19 test or be vaccinated.

Texas allows up to 50% capacity at sporting events. The current cap is about 13% of the basketball capacity at American Airlines Center. Before the pandemic, the Mavericks had a sellout streak that stretched to 2001, according to the club.

Celtics: Boston is set for a third meeting in eight days with the Hawks to finish a back-to-back Wednesday night, this time in Atlanta. The Celtics won both games in Boston last week and have a six-game road winning streak in the series.

Mavericks: A three-game trip to Eastern Conference cities starts Thursday night in Philadelphia. The Mavericks have won three straight against the 76ers, including a two-game season sweep in 2019-20.