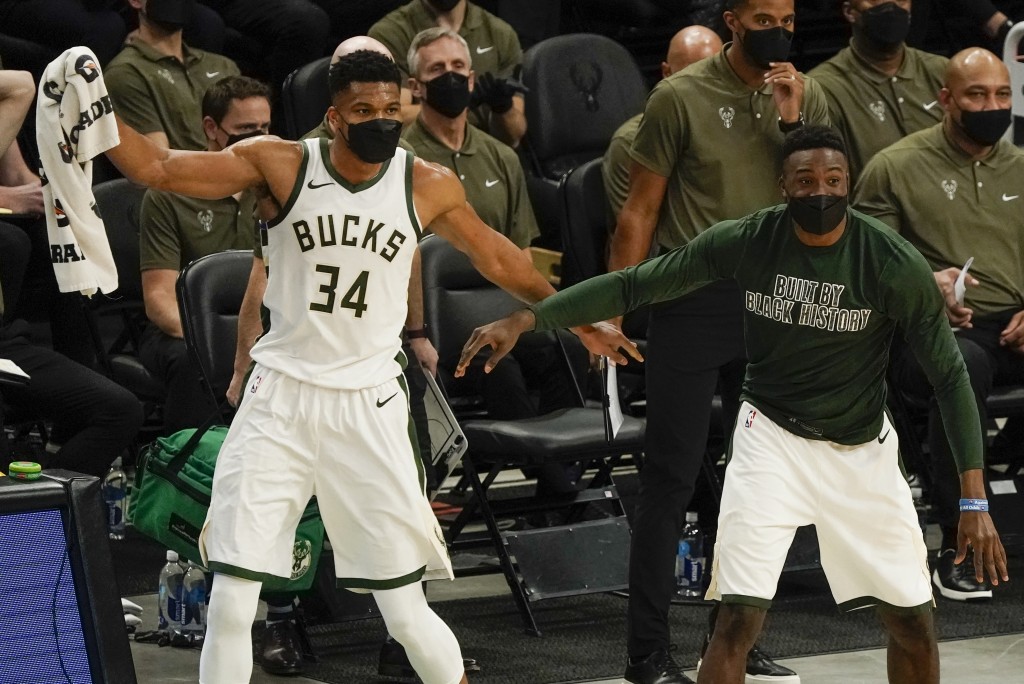 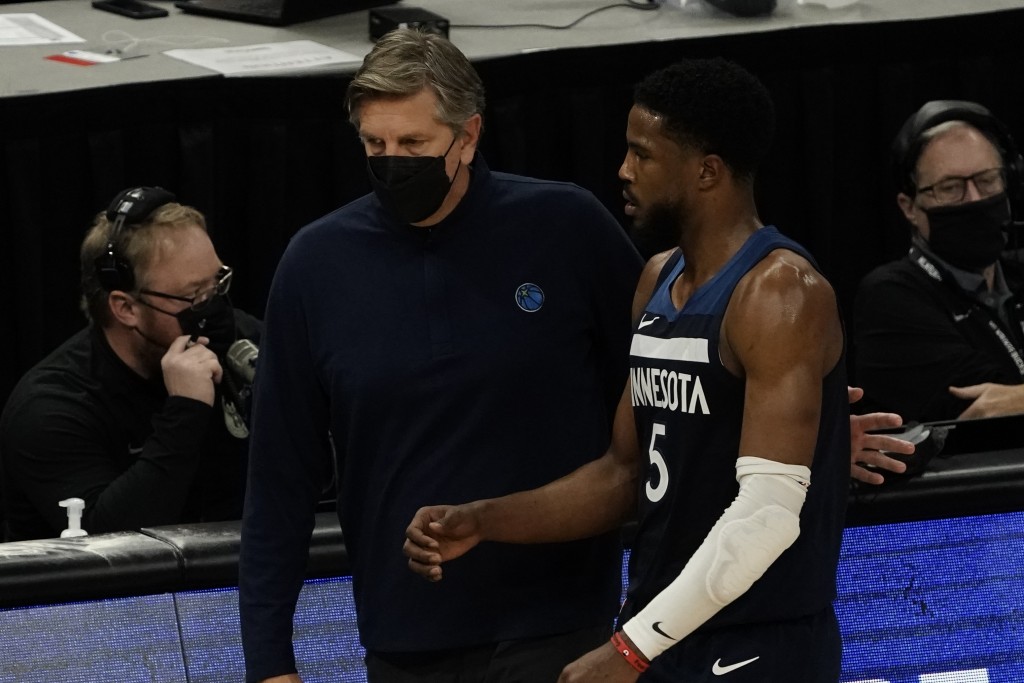 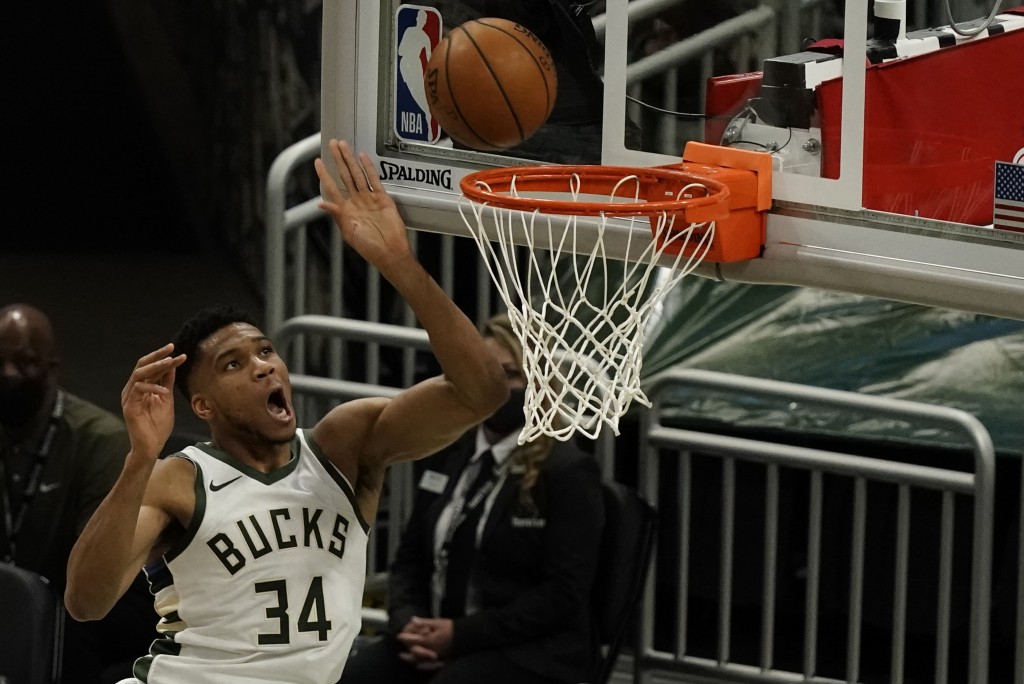 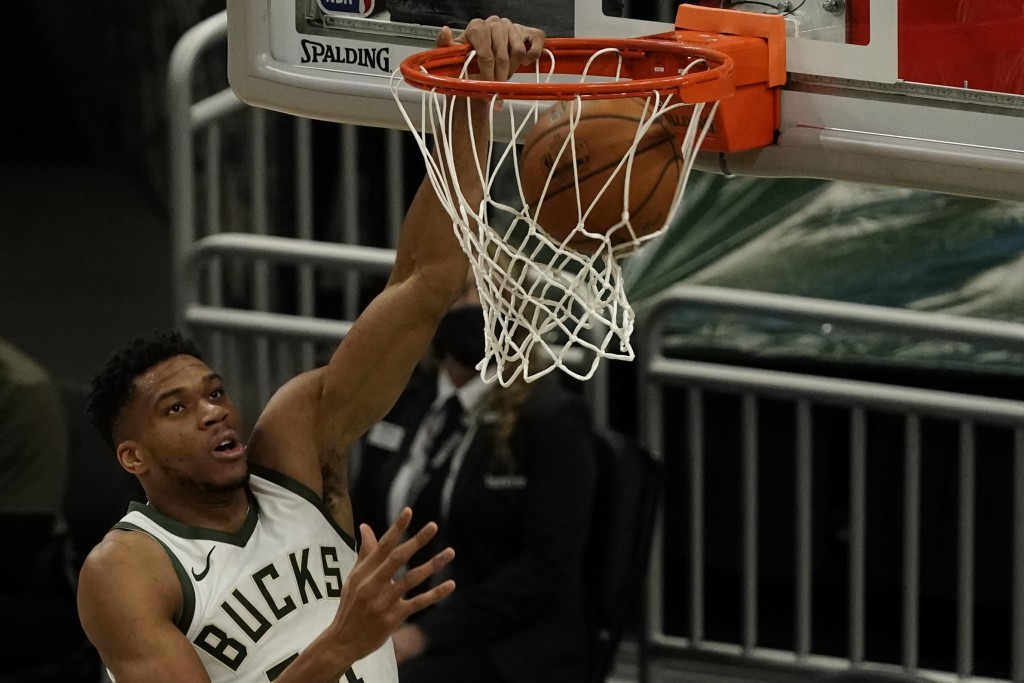 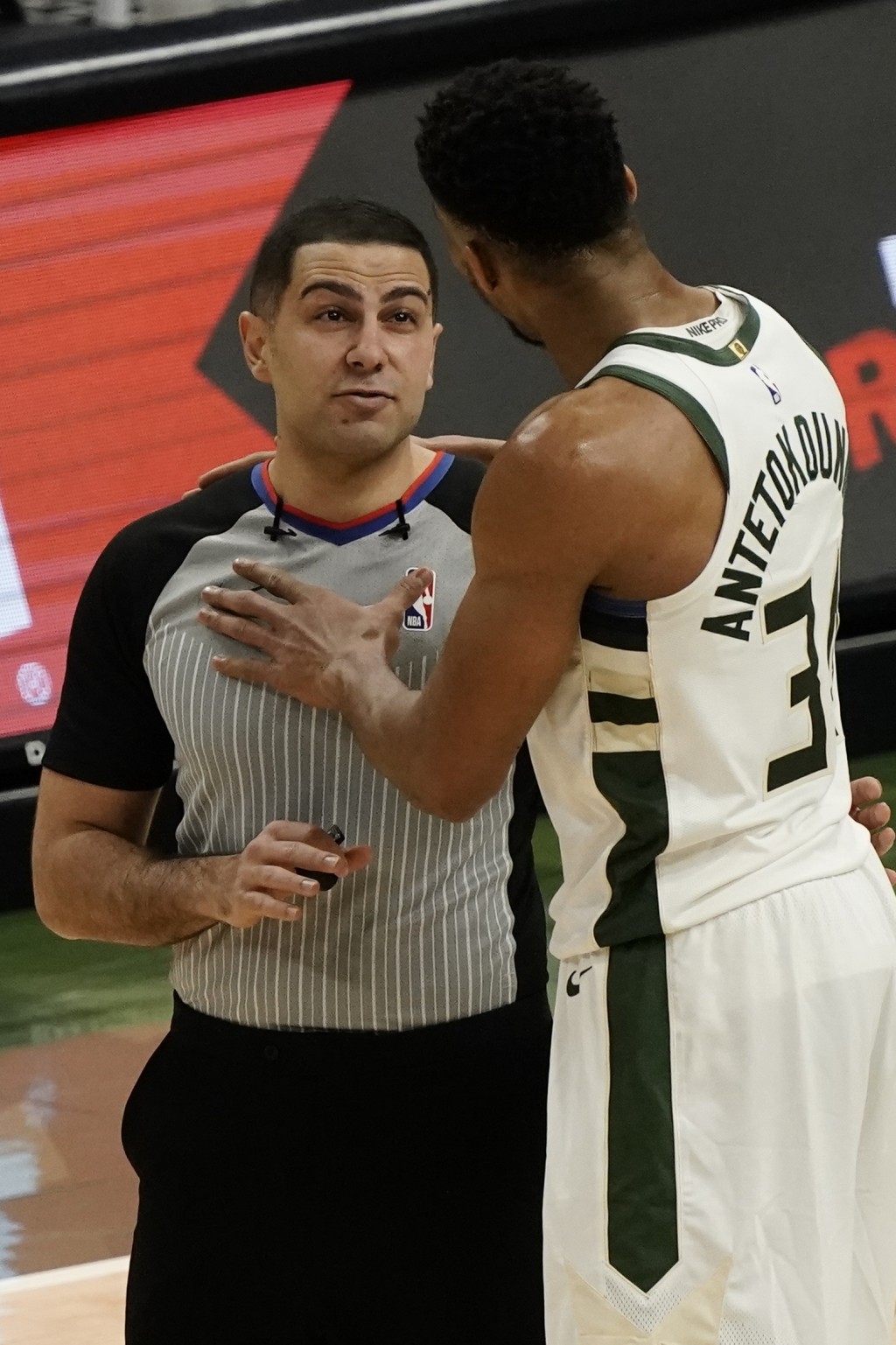 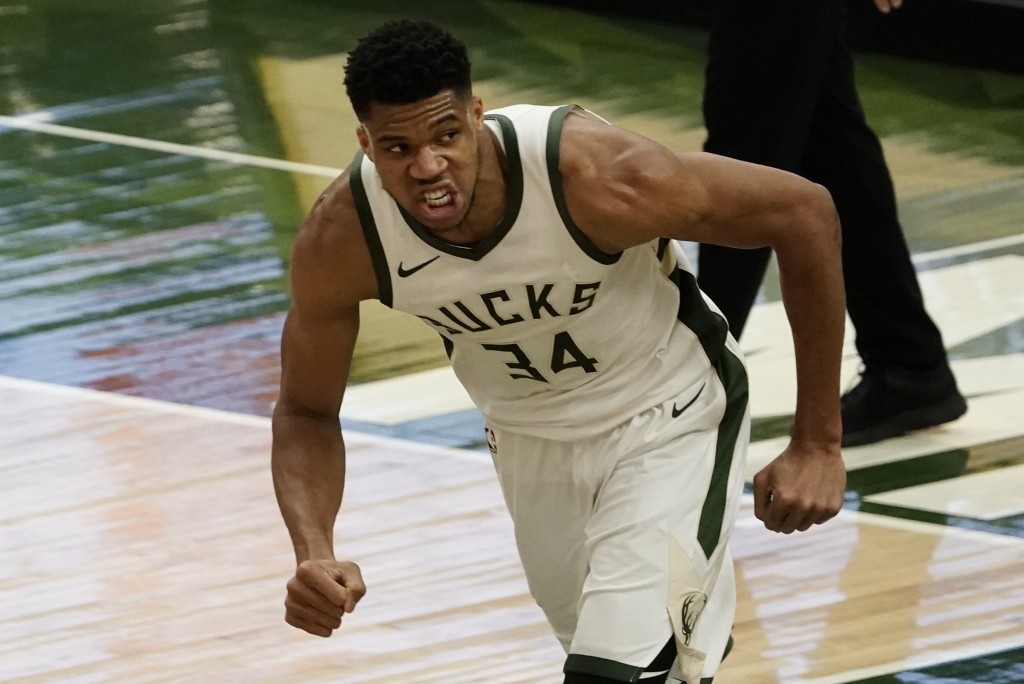 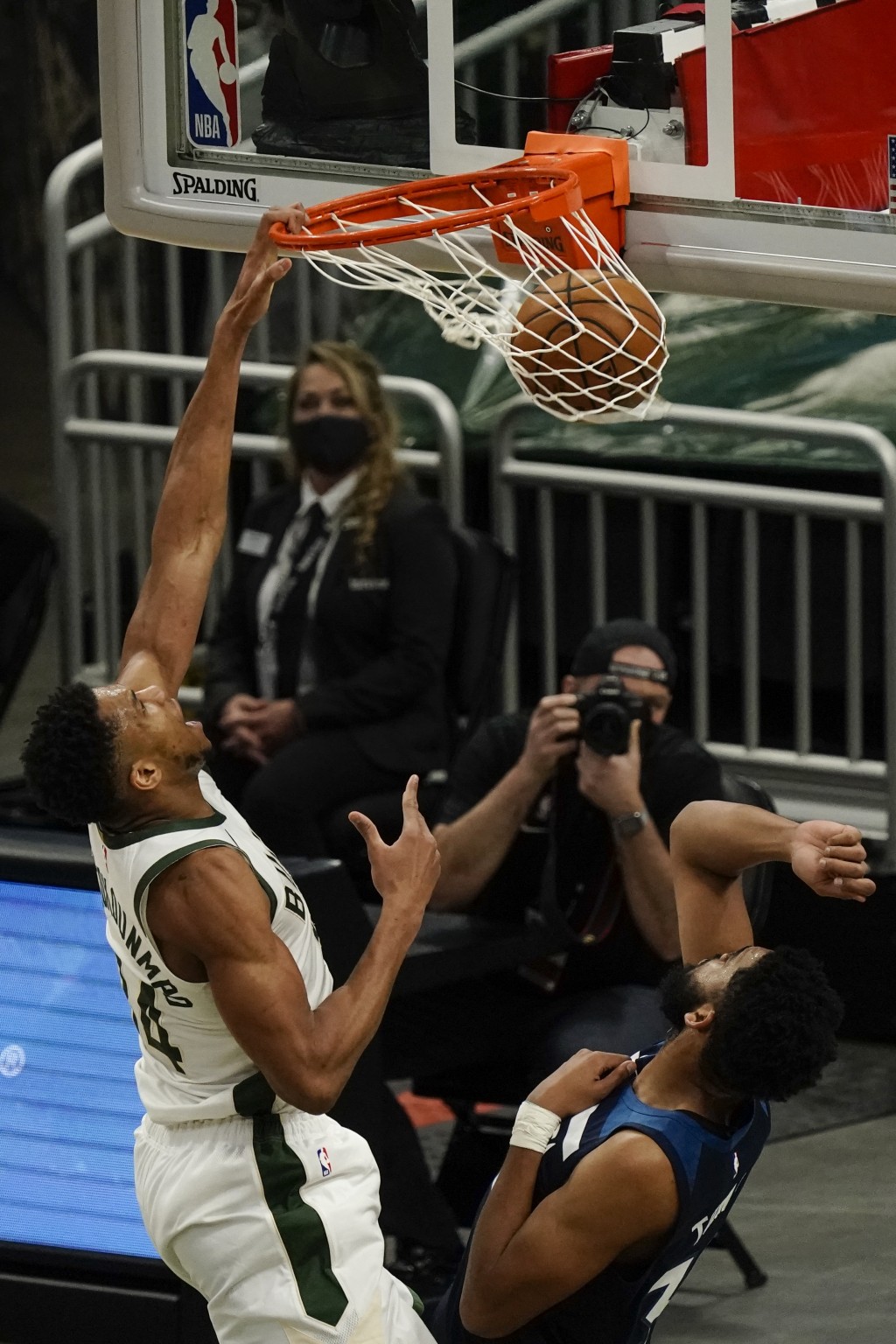 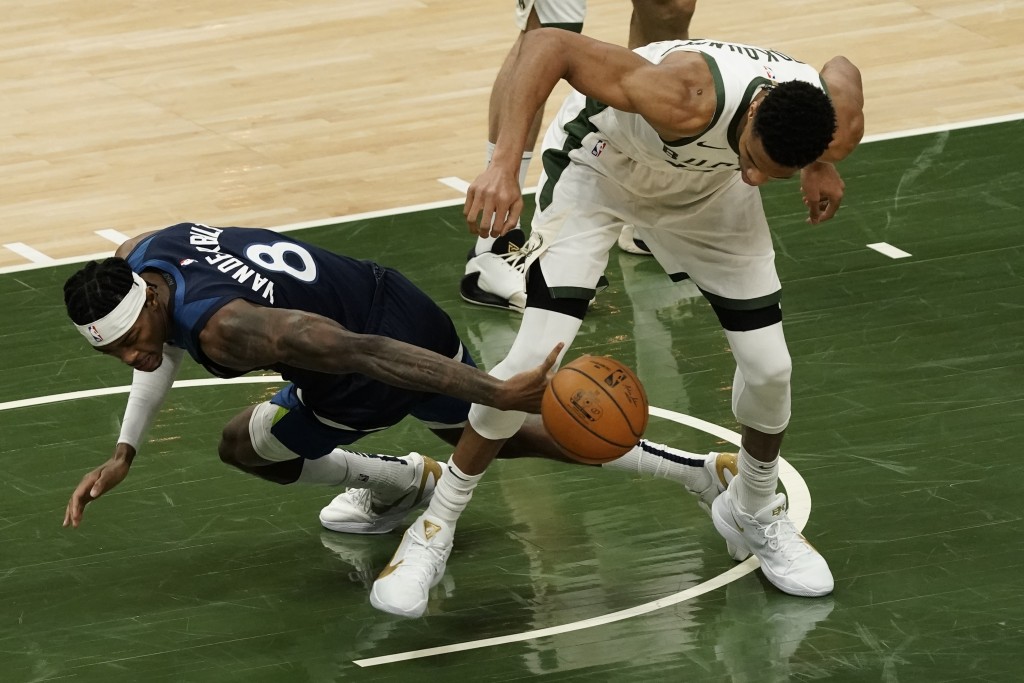 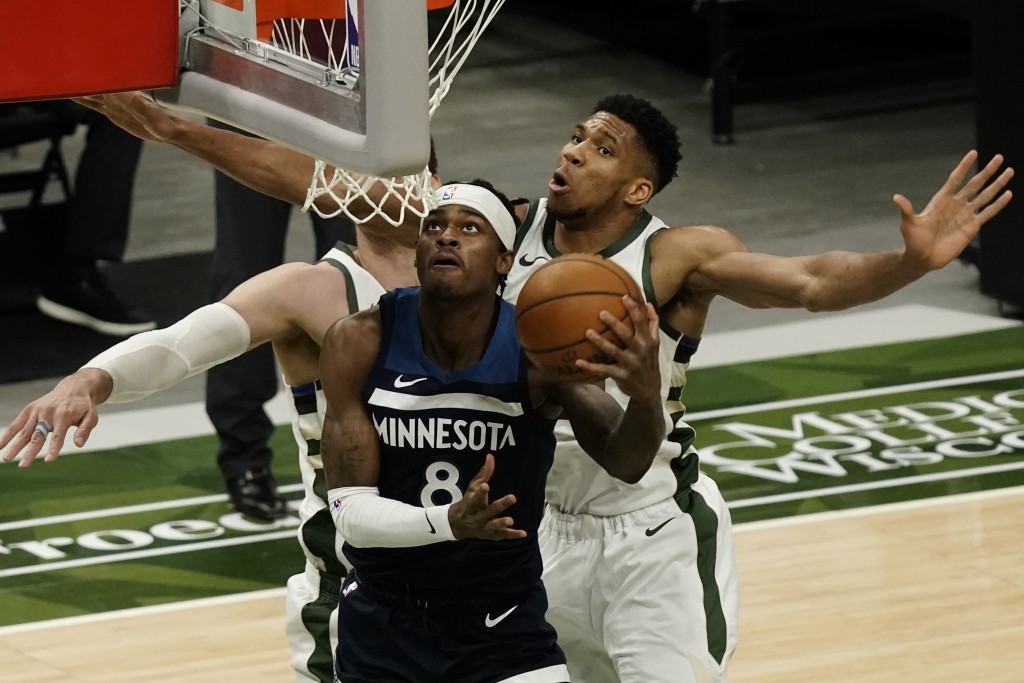 Antetokounmpo put up those numbers in just 29 minutes. The Bucks appeared intent on resting the reigning two-time MVP for the entire fourth quarter until putting him back in the game with 3:47 left after a 29-point lead had dropped to 16.

Bryn Forbes added a season-high 23 points as the Bucks won their third straight and had seven players score in double figures. The Bucks shot 53.5% overall and went 20 of 42 from 3-point range.

Karl-Anthony Towns and Malik Beasley each scored 26 points for the Timberwolves.

Tuesday's result underscored the challenge facing Finch. The Timberwolves lost their fifth straight and ninth in their last 10 games as their record fell to an NBA-worst 7-25.

Finch was working as an assistant coach with the Toronto Raptors before the Timberwolves hired him to replace Ryan Saunders, who was fired Sunday night after a loss to the New York Knicks.

Minnesota stayed competitive early on. The game went back and forth until Milwaukee went on a 21-3 run that began late in the second quarter and started early in the third period, turning a 62-59 edge into an 83-62 advantage.

Timberwolves: Minnesota recorded its highest first-quarter point total of the season, though it still trailed 38-36 at the end of the period. ... The Timberwolves were shooting over 60% with just over four minutes left in the first half but cooled off dramatically the rest of the way.

Bucks: Coach Mike Budenholzer said Jrue Holiday has started working out on an individual basis, a sign the veteran guard might be approaching a return. Holiday missed a ninth consecutive game Tuesday to due to the NBA’s health and safety protocols. … Khris Middleton wasn’t included on the list of All-Star reserves announced Tuesday. Middleton had made the All-Star Game each of the last two seasons.

Towns was the first Timberwolves player to publicly address the coaching change, saying on a Zoom call with reporters after Tuesday’s morning shootaround that the firing of Saunders was “a shocking thing.”

Towns also stumped for assistant coach David Vanterpool, who is Black, in expressing his disappointment that he was passed over for the job. But the team’s franchise player doubled down on his commitment to the organization and said he’s eager to work with Finch in trying to help bring the Timberwolves out of the league basement.

“One of my biggest weaknesses is loyalty,” Towns said, adding: “I want to build something great here.”

Timberwolves: At Chicago on Wednesday in the third game of a four-game trip.