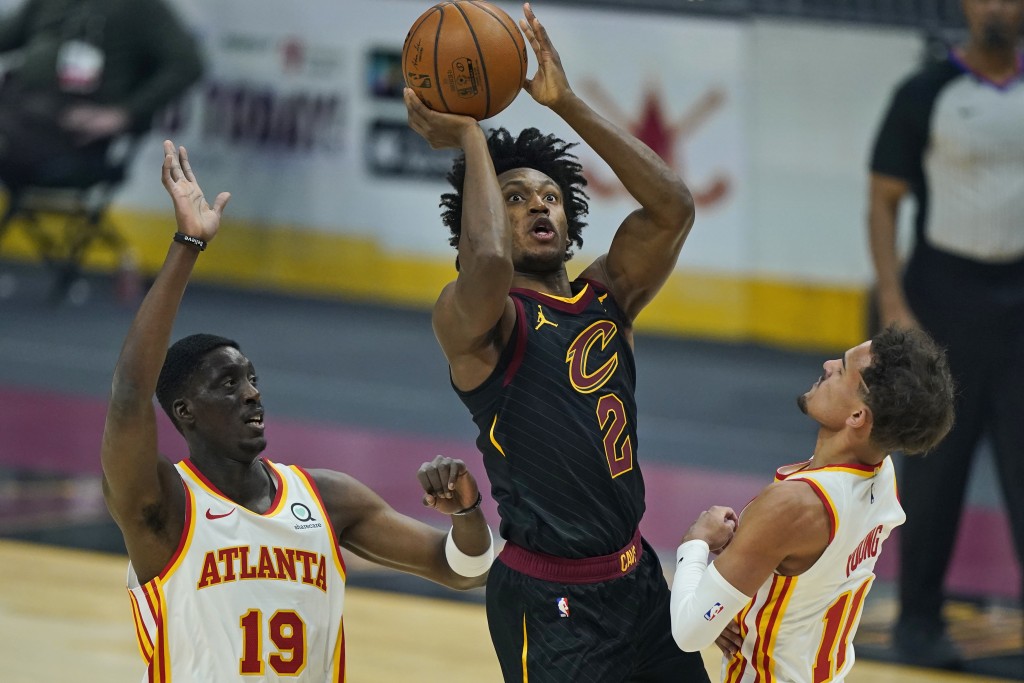 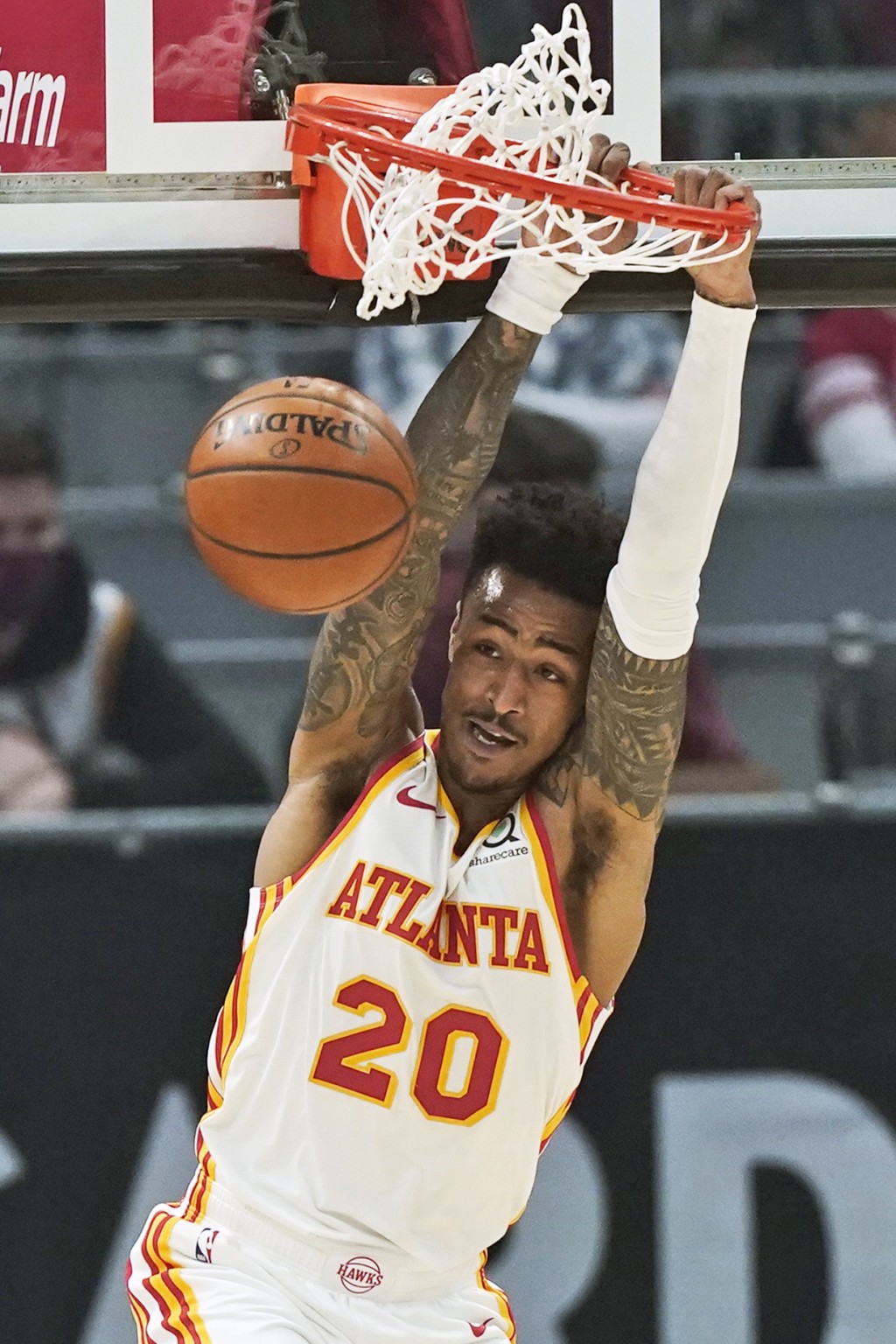 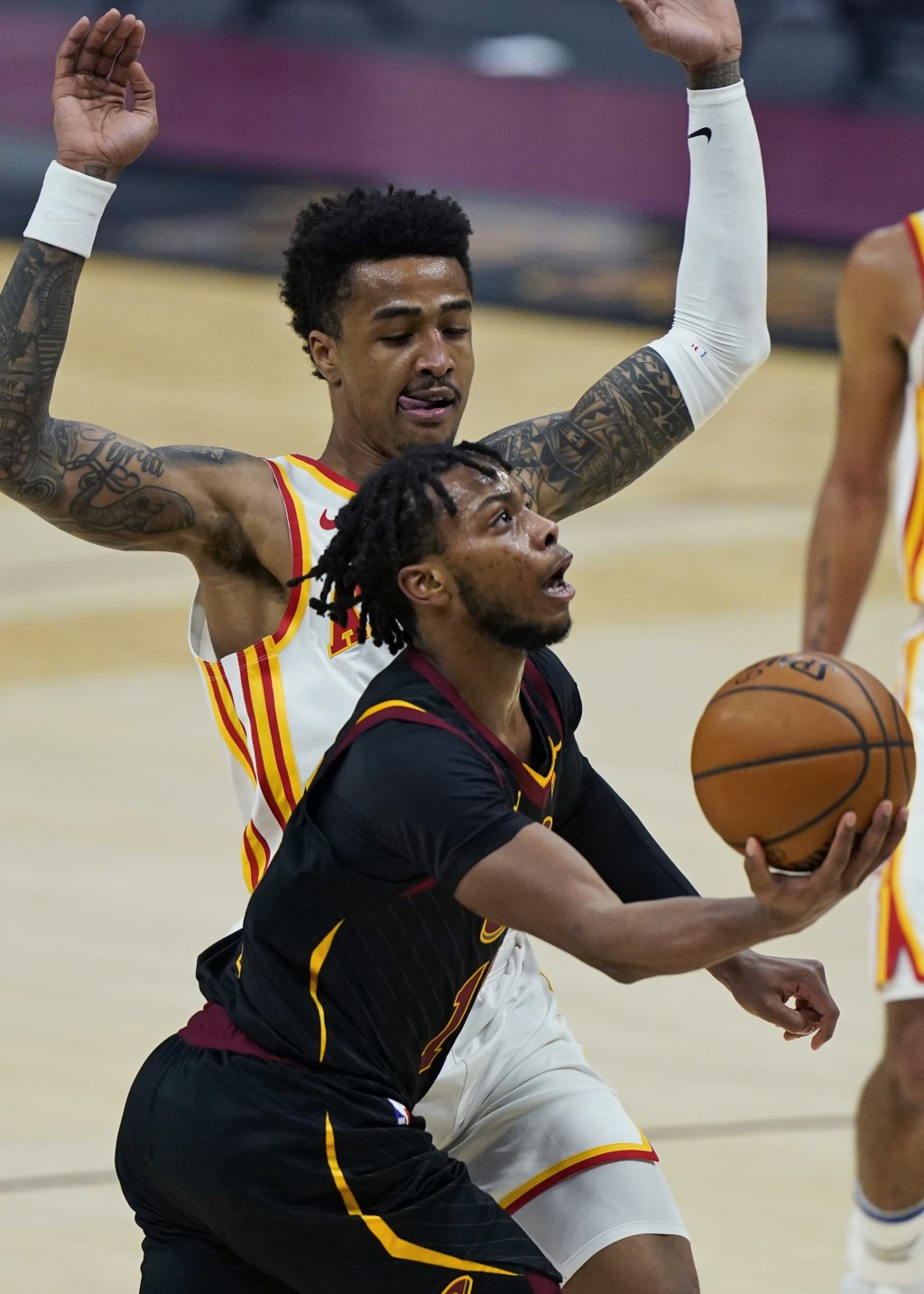 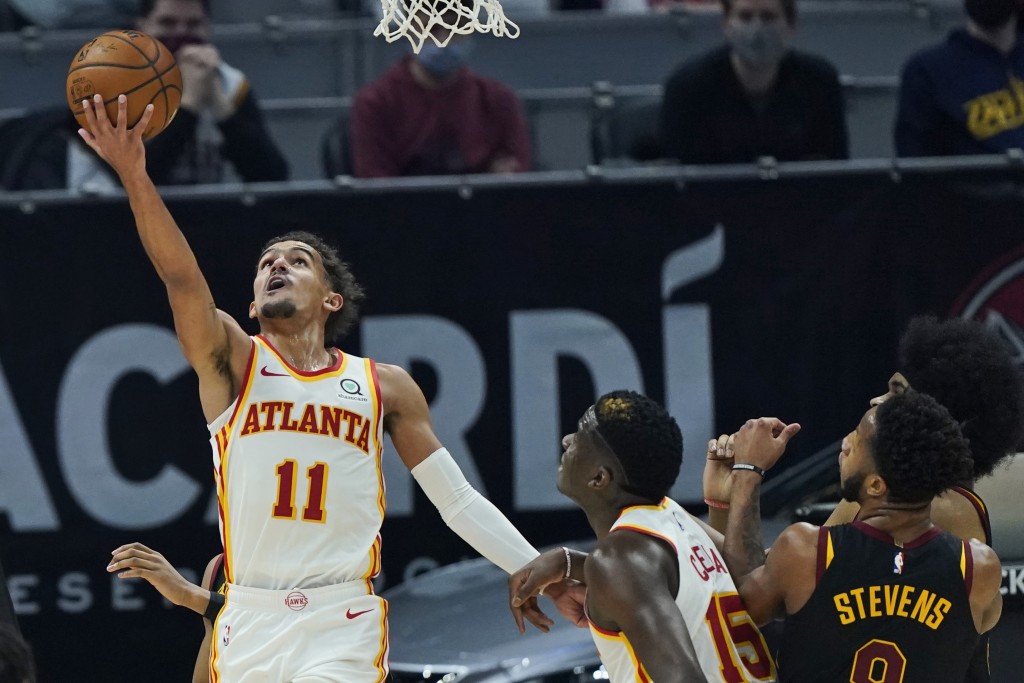 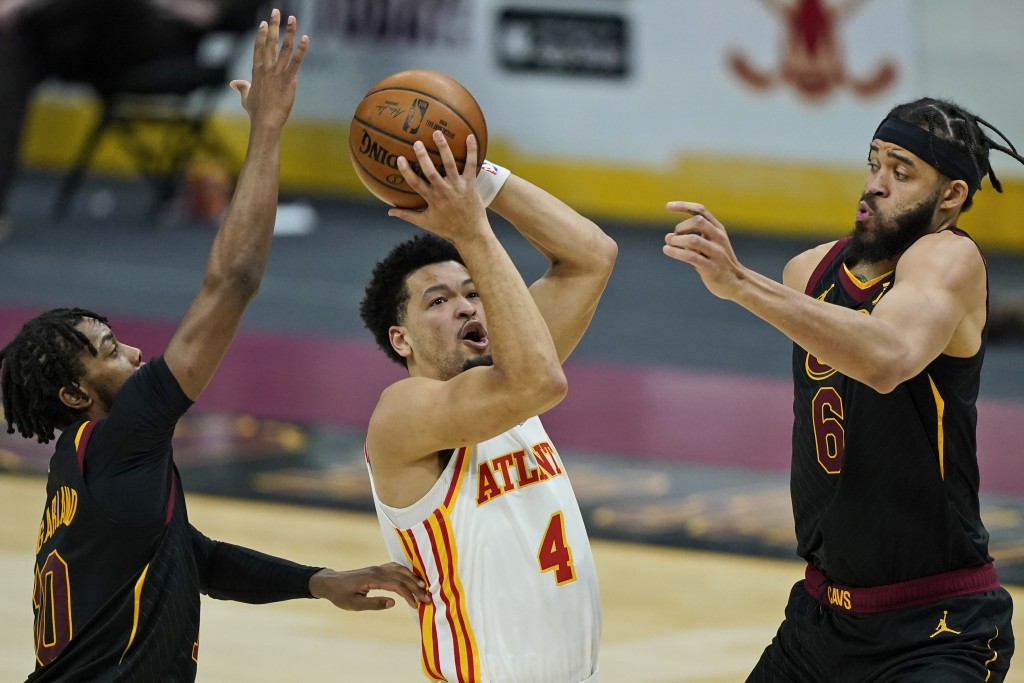 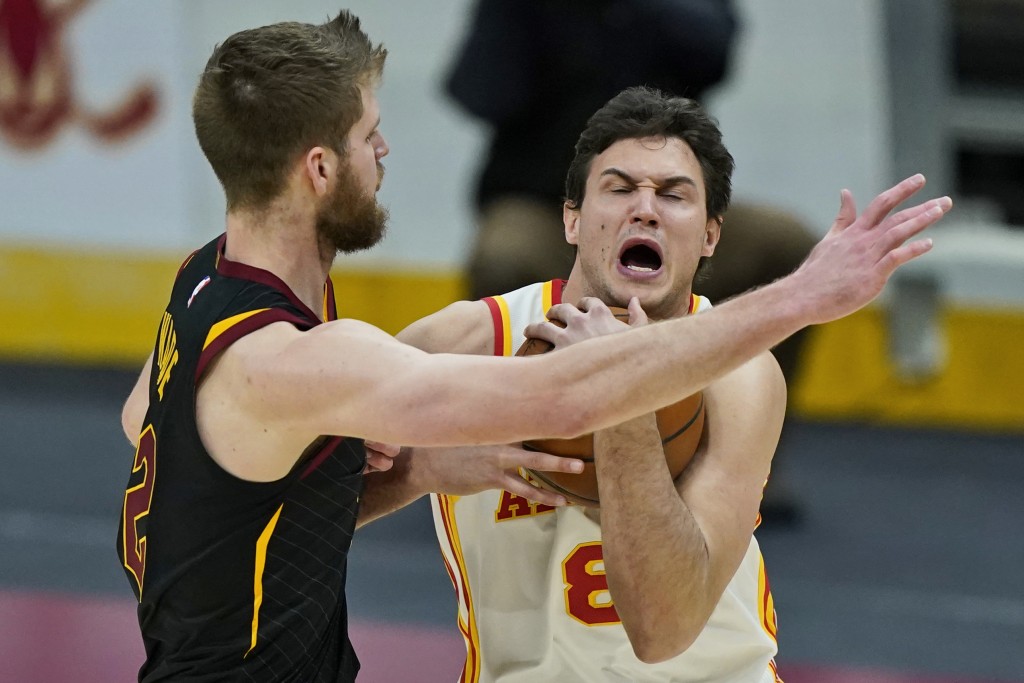 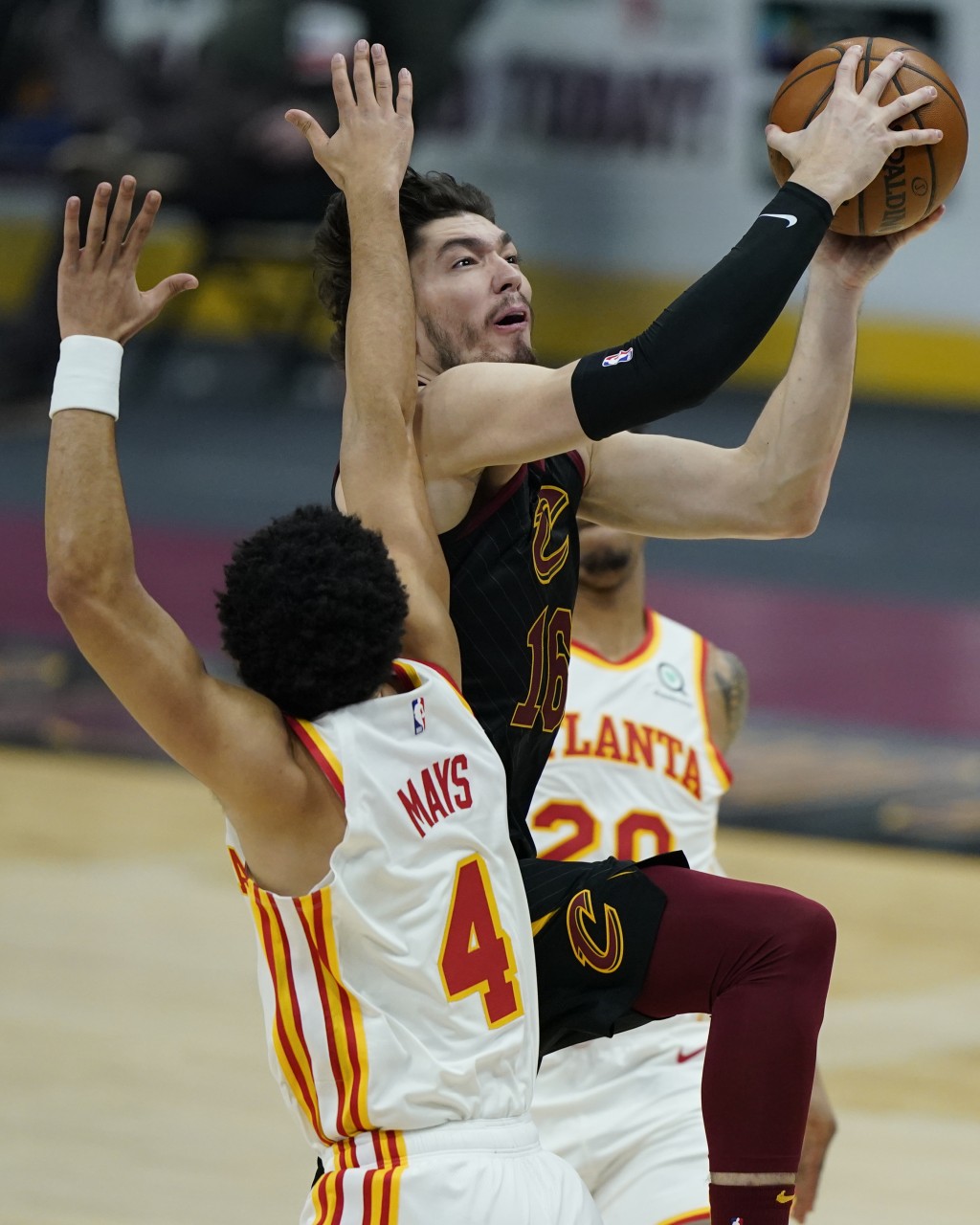 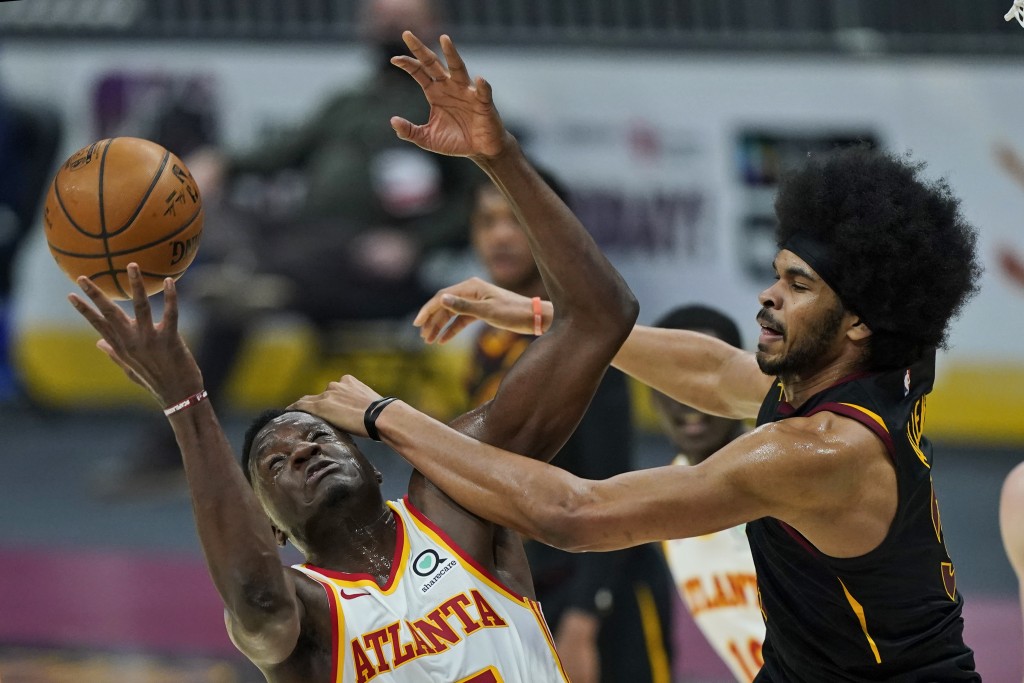 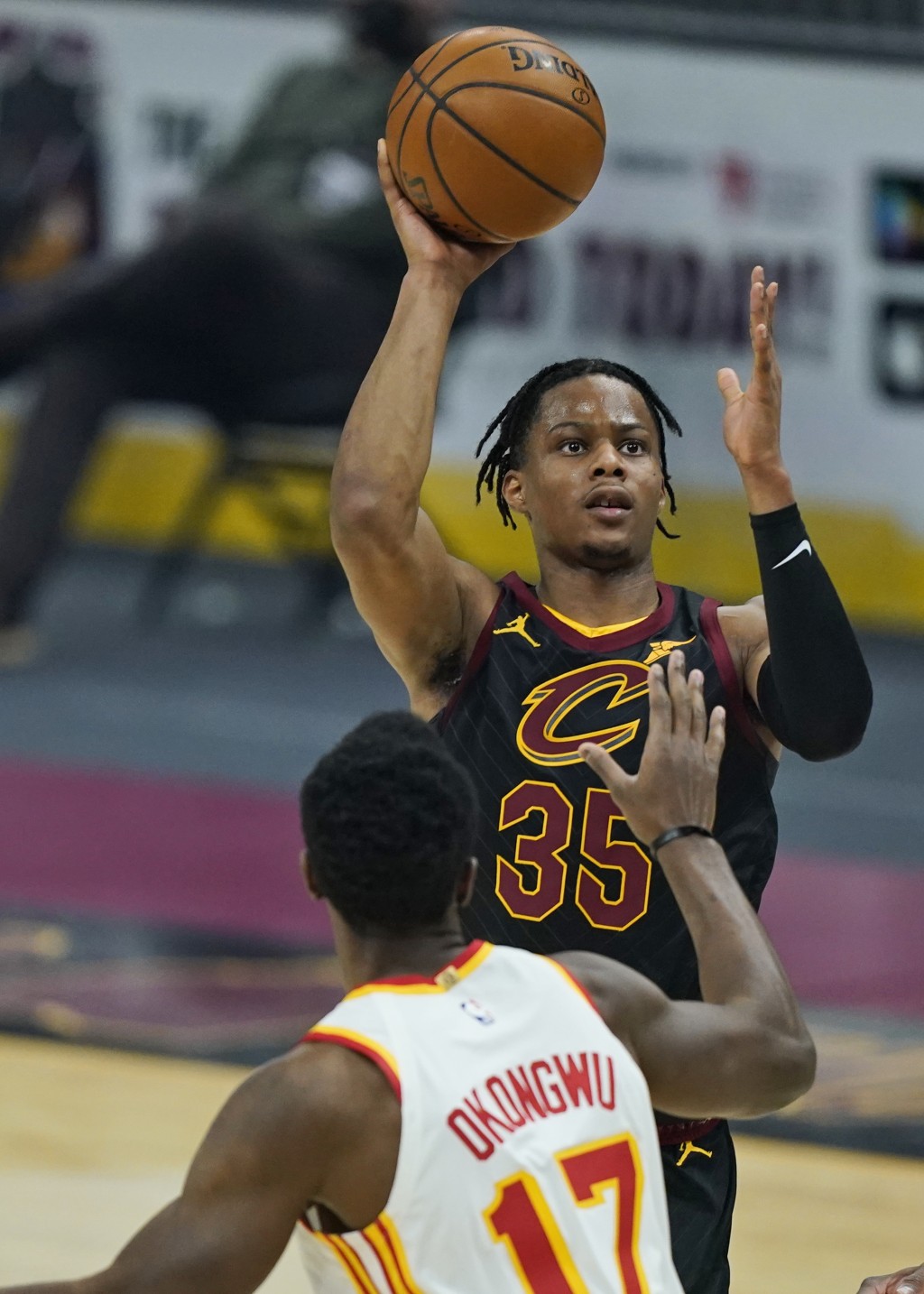 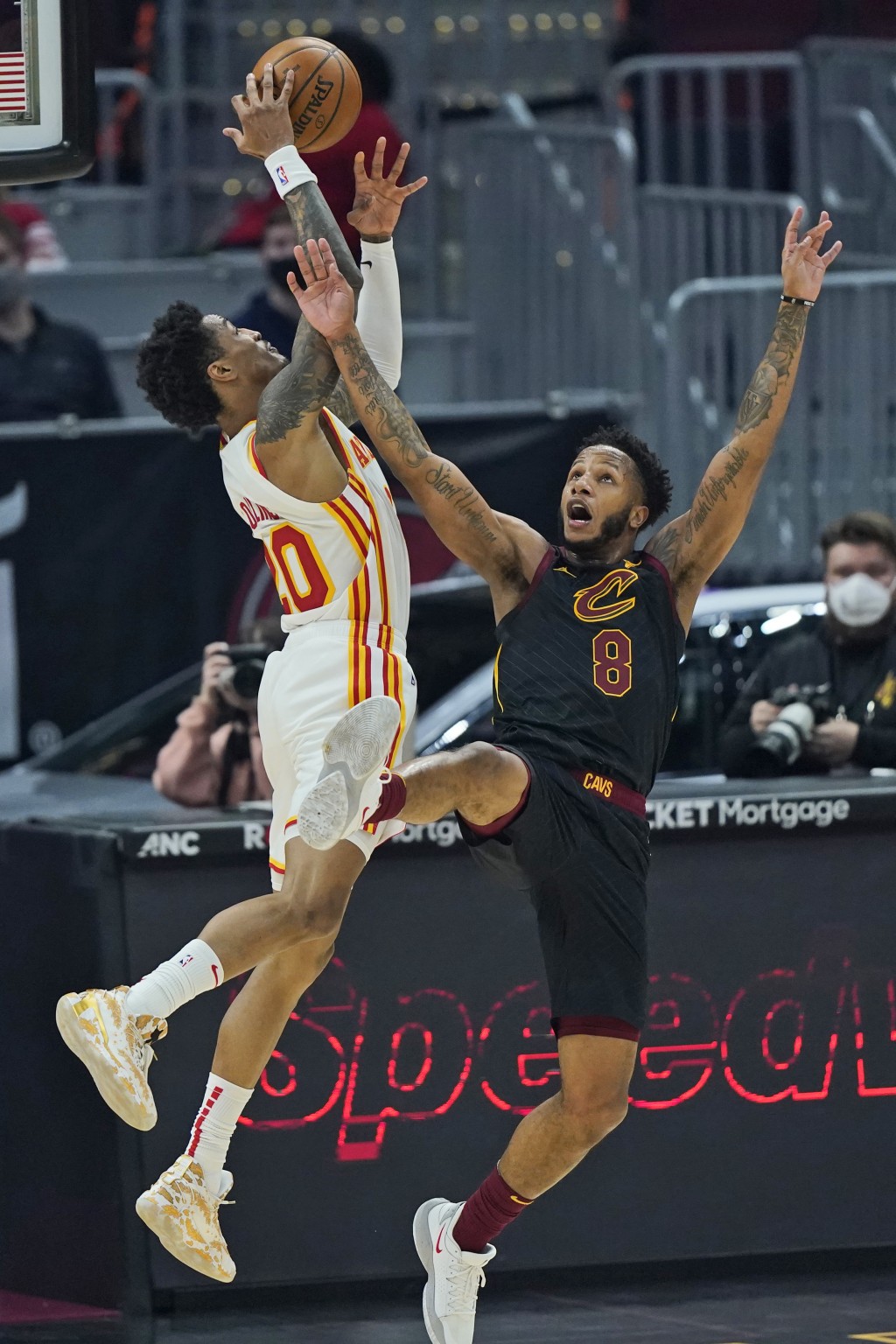 CLEVELAND (AP) — Lamar Stevens drove for an easy dunk with 4.1 seconds left and Atlanta failed to get off a final shot as the Cleveland Cavaliers beat the Hawks 112-111 on Tuesday night to end their 10-game losing streak — the NBA's longest this season.

After Atlanta's Trae Young, snubbed as an All-Star reserve earlier in the day, missed a runner with 11 seconds left, the Cavs pushed the ball up trailing by one. Collin Sexton passed it on the left wing to Stevens, who had no one in his way and dunked.

The Hawks had time, but Tony Snell didn't get off a final 3-pointer in time and the Cavs celebrated on their way to the locker room as if they had just won a playoff series.

It was Cleveland's first win since Feb. 1, and for long stretches of the fourth quarter it appeared in doubt.

Sexton scored 29 points, Darius Garland 17 and Jarrett Allen had 13 points and 14 rebounds for the Cavs, who also got five 3-pointers from rookie Dylan Windler.

Young had 28 points and 12 assists, and Kevin Huerter scored 22 for the Hawks. Clint Capela added 17 rebounds.

Young was already on the floor for pregame warmups when the NBA announced the backups for next month's showcase in Atlanta. An All-Star last season, Young came in averaging 35.3 points in his past three games, and 26.9 this season — the most of any player not picked.

Hawks starting forward John Collins only played 13 minutes. He left in the first half with a possible concussion.

With several power forwards injured, and center Andre Drummond sitting while the Cavs try to trade him, Cavs coach J.B. Bickerstaff started seldom-used Dean Wade, a 24-year-old who played in the G League last year and came in averaging 2.1 points per game.

Wade made one of Cleveland's nine 3-pointers in the first half as the Cavs built a 13-point lead. But Atlanta used a late 10-3 spurt to cut it to 58-55 at the break.

Hawks: Coach Lloyd Pierce returned after missing three games for the birth of his second child last week. ... Stating F Cam Reddish sat out with Achilles tendon soreness. ... G Rajon Rondo returned after missing seven games with a lower back issue. He had seven points in 14 minutes. ... Atlanta came in leading the league with 21.9 made free throws per game. The Hawks hit 17.

Cavaliers: F Kevin Love continues to be sidelined with a calf injury that has lingered longer than expected. Love, who has only played in two games this season, appeared to be close to returning last week but experienced some soreness. He's doing on-court activities, but not taking part in practices. ... F Taurean Prince missed his third straight game with a sore ankle.

Cavaliers: Host Houston on Wednesday. Bickerstaff was an assistant coach with the Rockets from 2011-15, and their interim head coach in 2015-16.