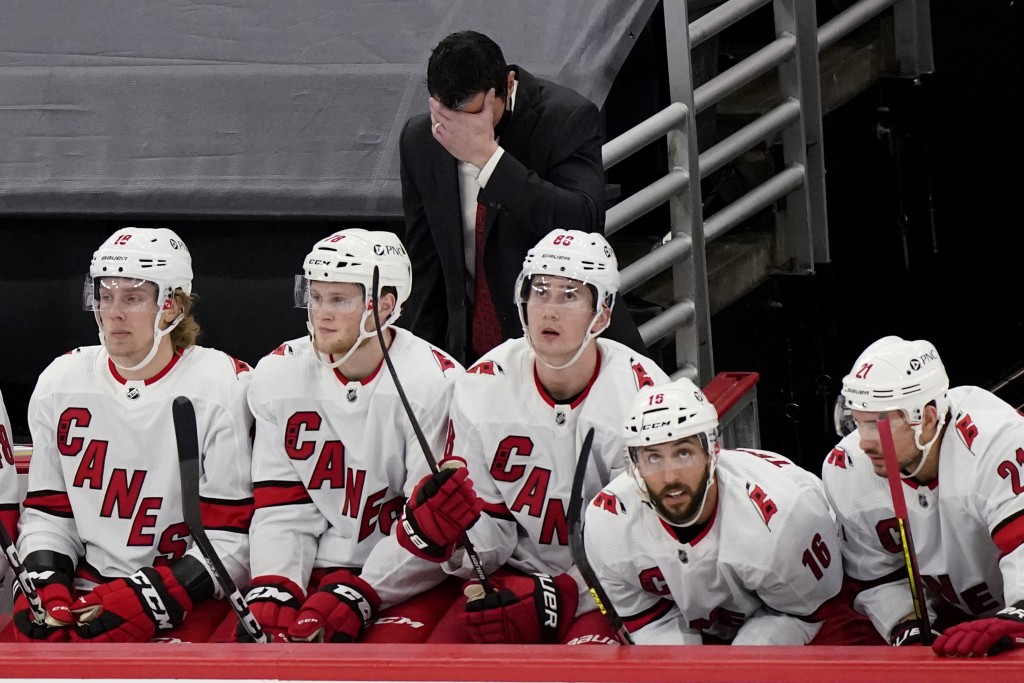 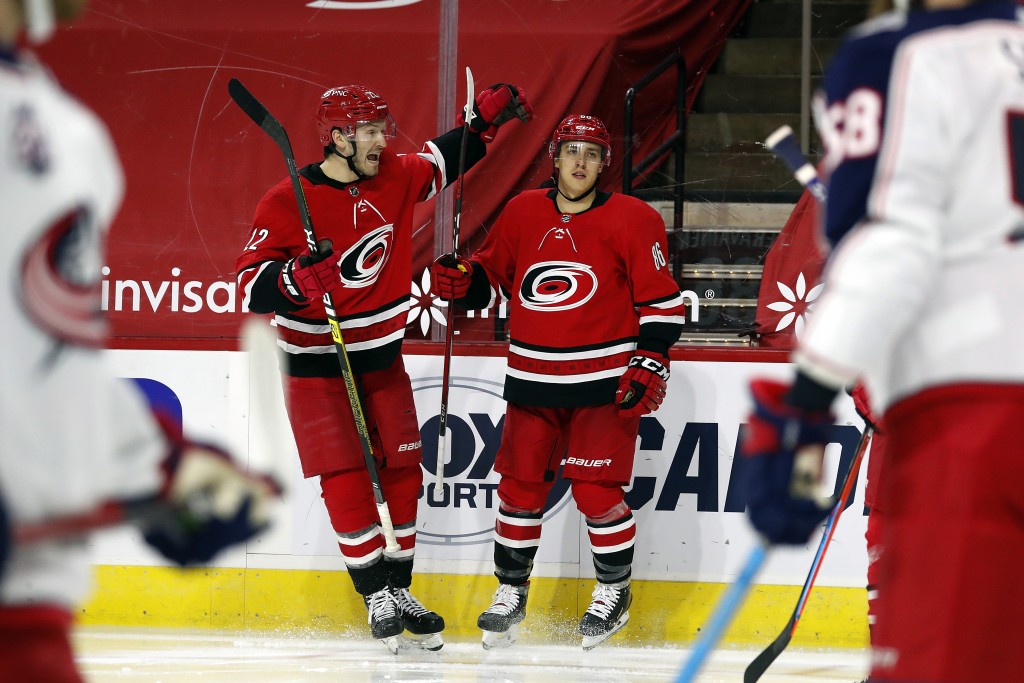 The 26-year-old Teravainen has two goals and seven assists in 12 games, though he took a hard hit from Chicago defenseman Nikita Zadorov in Friday's win and missed the last two games. Brind'Amour said Tuesday that Teravainen won't travel with the team for a five-game road trip that begins with games at Tampa Bay on Wednesday and Thursday.

Brind'Amour said he is unsure on the timeline for a potential return by goaltender Petr Mrazek, who had surgery on his right thumb earlier this month. Mrazek has been skating and doing some practice drills, though he worked without his stick Tuesday.

Brind'Amour said Mrazek is “still a ways away” and added: “Until he puts a stick in his hand, he's not really there.”

At the time of his surgery, Mrazek led all NHL goaltenders with a 0.99 goals-against average as well as a .955 save percentage. He had two shutouts in four appearances.