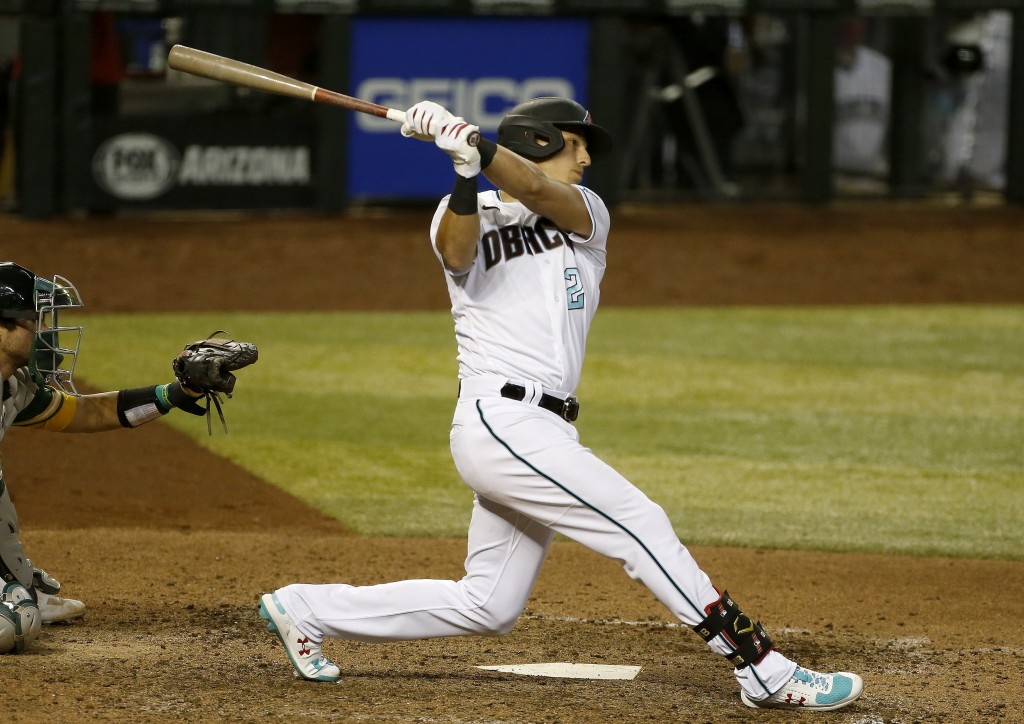 ATLANTA (AP) — The Atlanta Braves finalized a $1 million, one-year contract with third baseman Jake Lamb that is not guaranteed, adding another veteran bat Tuesday to an already deep competition for bench spots in spring training.

Lamb, a 2017 All-Star with the Arizona Diamondbacks, was with the Braves for their first full-squad workout and will compete for a bench spot. He could provide insurance for Austin Riley, who is expected to start at third base.

The 30-year-old Lamb joins Pablo Sandoval, Ehire Adrianza and Jason Kipnis as veterans who were added to compete for bench spots with Johan Camargo and others in spring training.

“It’s a good group,” manager Brian Snitker said Monday. “All the guys so far we’ve brought in are guys who have had success in the major leagues. That’s exactly what you’re looking for with guys in sort of new roles in their career. That serves them well to have had that experience and been everyday players. I think it’s a good group that we’ll evaluate and choose from.”

Snitker said the team did not intentionally search for experience with Lamb, Sandoval and others behind Riley at third base.

“I don’t think it had anything to do with the position,” Snitker said. “I just think it was the players available at the time.”

Also, outfielder Phillip Ervin was claimed off waivers from the Chicago Cubs on Monday.

The Braves held their first full-squad workout on Tuesday.

The left-handed hitting Lamb struggled in the abbreviated 2020 season, when he hit a combined .193 in 31 games with Arizona and Oakland. However, he finished strong, hitting .267 with three homers in 13 games after signing with the A's.

Lamb hit 30 homers with 30 doubles and 105 RBIs in 2017 with Arizona. He hit 29 homers in 2016 but has not reached double figures in homers in any other season. He holds a .239 career batting average in seven seasons.

Atlanta designated left-hander Phil Pfeifer for assignment to clear a spot for Lamb on the 40-man roster.