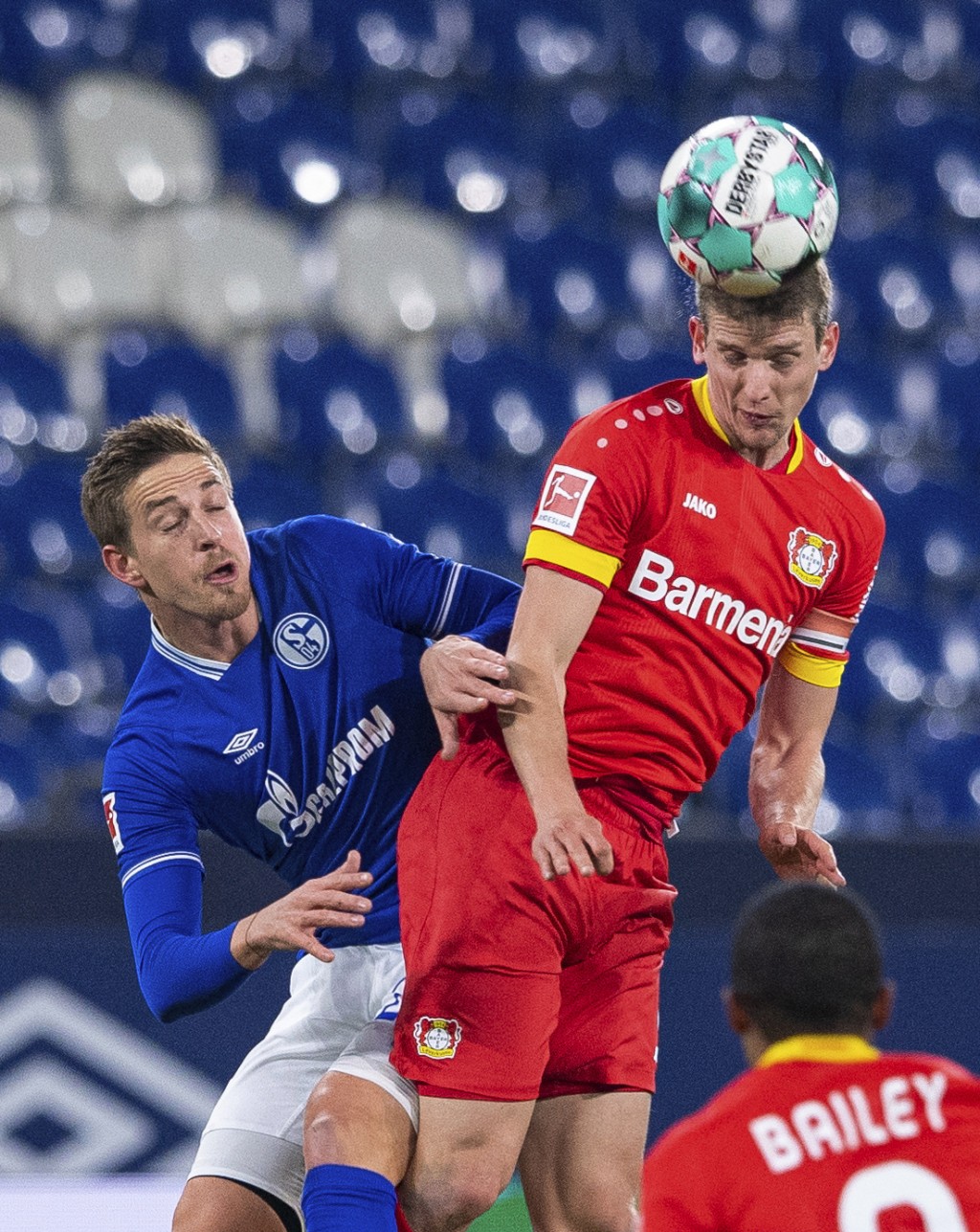 LEVERKUSEN, Germany (AP) — Bayer Leverkusen's stuttering pursuit of the Champions League places took another blow Tuesday when defender Lars Bender was ruled out until the end of March following surgery on his right knee.

Leverkusen said Bender is not expected to return until after the international break late next month. The right back last played on Jan. 23 against Wolfsburg, injuring a muscle and damaging meniscus tissue in his knee. The damage to the meniscus worsened and required the operation on Friday and a longer period on the sidelines.

That comes after goalkeeper Lukas Hradecky was ruled out Monday until late March after injuring his Achilles tendon in a game on Feb. 13. He is likely to miss the start of Finland's World Cup qualifying campaign next month.

Leverkusen led the Bundesliga standings in mid-December but has since slid to fifth after a poor run, including one win from its last five league games. Leverkusen plays Swiss club Young Boys in the Europa League on Thursday, aiming to overturn a 4-3 loss from the first leg.