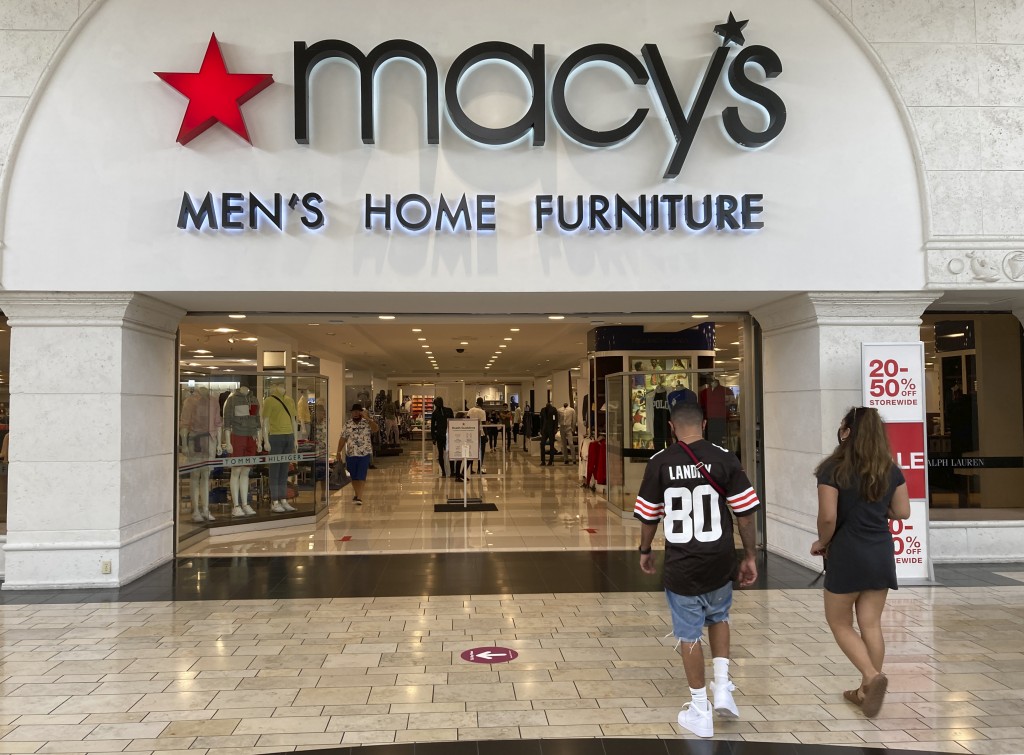 NEW YORK (AP) — Macy's fourth quarter profit plunged 52% and sales slid nearly 19%. In the context of a year spent under the weight of a pandemic, that was seen as a pretty good ending to 2020 for the besieged department store.

Shares rose more than 2% before the opening bell Tuesday with Macy's predicting sales of as much as $21 billion this year, far exceeding the $17 billion that Wall Street had been projecting.

For the final quarter of the year, Macy's reported profits of $160 million, or 50 cents a share. It was 80 cents per share if one-time costs are considered, and that was also far better than the per-share forecasts of 11 cents from industry analysts, according to a survey by FactSet.

It's still well below $340 million, or $1.09 per share, for the same period in 2019, the last before COVID-19 emptied retail stores nationwide. Since then, the New York company furloughed a majority of its employees. It began reopening stores in May, but the recovery has been painfully slow.

Sales at stores opened at least a year fell 17%, but online sales rose 21%. Elevated online sales may be here to stay. Macy's said Tuesday that it expects digital sales to reach $10 billion within the next three years and that the online side will become even more profitable.