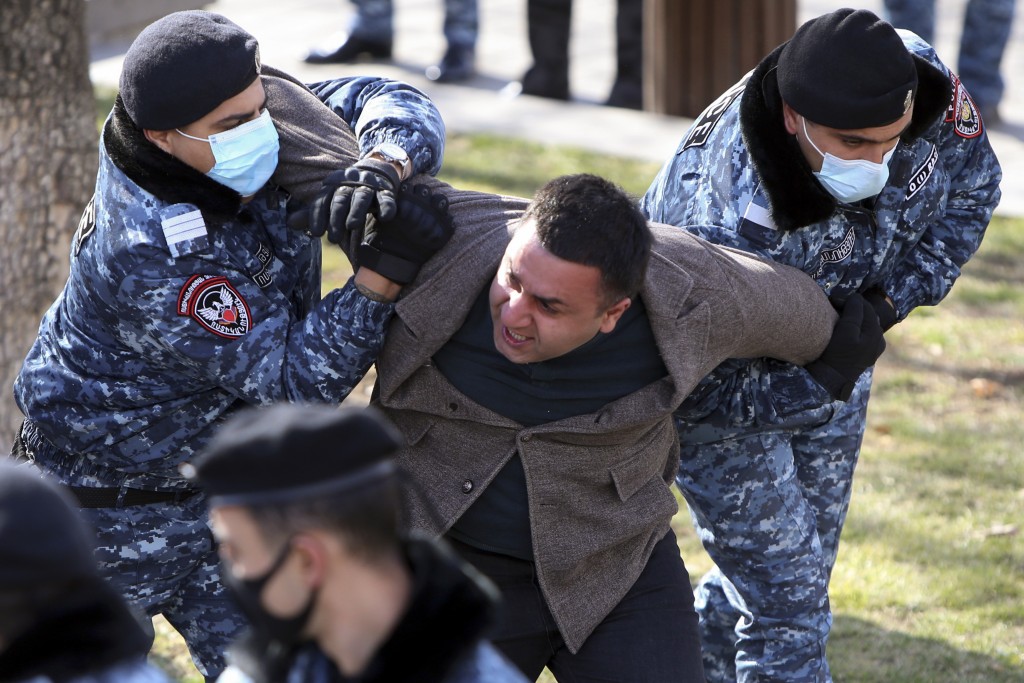 YEREVAN, Armenia (AP) — Thousands of protesters calling for the resignation of Armenia’s prime minister demonstrated in the center of the capital, Yerevan, on Tuesday, the third protest in a week.

Police cordons guarded the government buildings near Republic Square and accompanied Prime Minister Nikol Pashinyan when he walked from one building to another as demonstrators shouted “traitor!”

The demonstrations revive a wave of protests against Pashinyan that arose in November after he signed a cease-fire with Azerbaijan that ceded territory occupied by Armenian forces. The deal ended a six-week war over the separatist Nagorno-Karabakh territory in which thousands died.

The protests had died down during the worst of the winter.