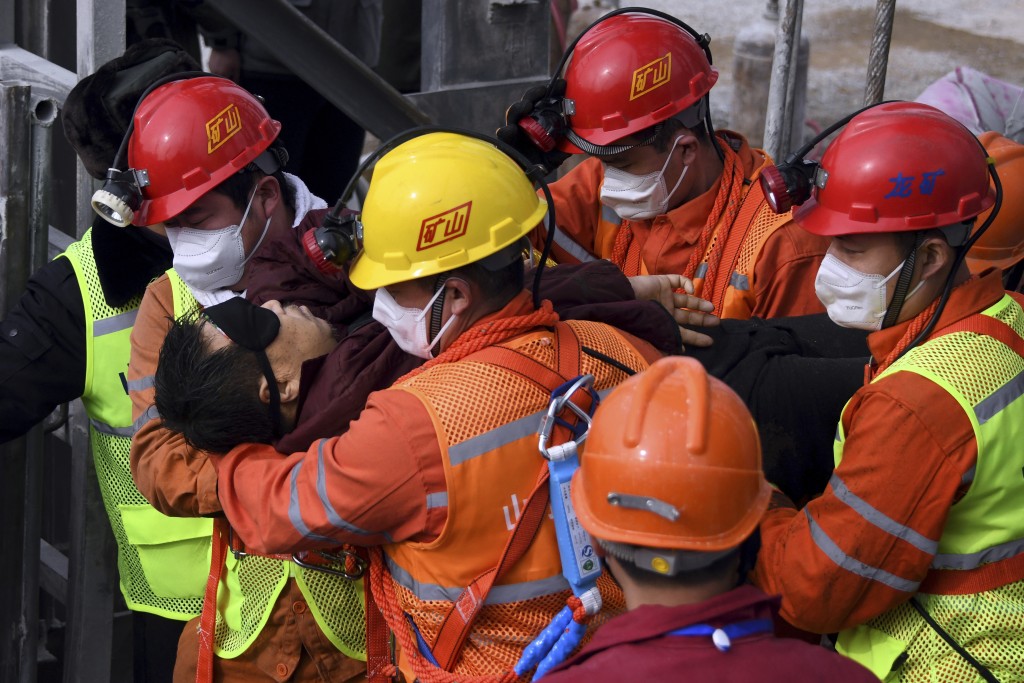 BEIJING (AP) — Improper storage and use of explosives caused a massive blast at a gold mine in eastern China that killed 10 people last month, state media reported Tuesday.

A total of 45 people are facing various punishments over the disaster in the city of Qixia in Shandong province, including possible criminal penalties, the ruling Communist Party's People's Daily newspaper said.

The explosion on Jan. 10 released 70 tons of debris that blocked a shaft, disabling elevators and trapping 22 workers underground, prompting a two-week rescue effort that eventually brought 11 survivors to the surface using a newly drilled parallel shaft. One person remains missing.

Among those facing punishment are 28 public officials and 15 officials from blasting, construction and mining companies involved in the work to make the mine operational. Both the mine owner, Shandong Wucailong Investment Co. Ltd., and the city government of Qixia delayed reporting the accident for more than 24 hours in an apparent attempt to avoid penalties.

Direct economic losses from the accident were listed at more than 68 million yuan ($10.5 million).

The lengthy, expensive rescue effort is rare for China’s mining industry, which used to average 5,000 deaths per year.