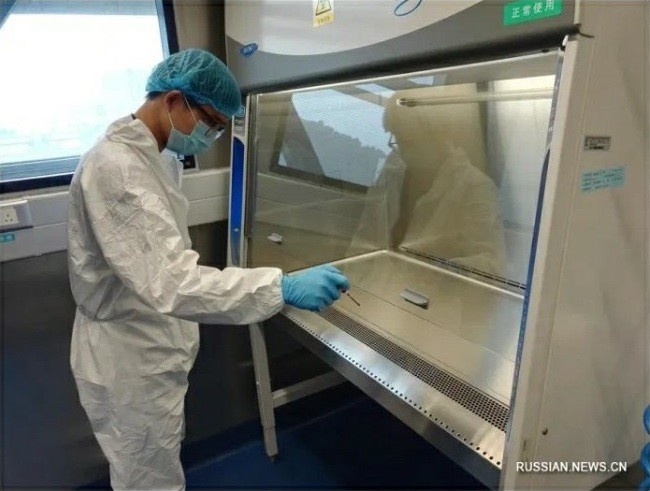 TAIPEI (Taiwan News) — A new study based on a year of research by a German physicist has concluded that the Wuhan coronavirus started with an accident at the Wuhan Institute of Virology (WIV).

Dr. Roland Wiesendanger, who specializes in nanoscience at the University of Hamburg, on Feb. 18 published a 105-page report on ReasearchGate titled "Study on the Origin of the Coronavirus Pandemic." The study was carried out from January to December 2020 based on scientific literature, print articles, online media, and correspondence with international researchers.

In his report, Wiesendanger listed six "significant indications" that the coronavirus pandemic started with a leak from the WIV.

Wiesendanger points out that unlike SARS and MERS, no intermediate host between bats and humans has been found more than a year since the start of the pandemic. Thus far, there is no evidence for the zoonotic theory to explain the outbreak.

Indeed, during the joint China-WHO report issued on Feb. 9, Liang Wannian, head of the Chinese National Health Commission's Expert Panel of COVID-19 Response, stated that 50,000 samples of wild animals from 300 different species (including bats) as well as 11,000 farm animals in 31 Chinese provinces — taken between November 2019 and March 2020 — had all tested negative for SARS-CoV-2, the virus which causes COVID-19.

The researcher claimed that the SARS-CoV-2 virus is "astonishingly effective" at binding to human receptor cells (hACE2). He said this is due to its special hACE2 binding domains paired with the furin cleavage sites of the virus' telltale spike protein.

He stated that this is the first time a coronavirus has exhibited both characteristics and that it points to a "non-natural origin." Within the betacoronaviruses of sarbecovirus lineage B, the polybasic furin cleavage site is unique to SARS-CoV-2, according to News Medical Life Sciences.

Wiesendanger noted that there were no bats sold at the infamous Huanan Seafood Wholesale Market, where the first known superspreader event began. Liang has stated that no animals or "animal products" had tested positive for the virus there and that individuals who contracted COVID early on had not visited the market.

The types of bats endemic to Wuhan do not carry the kinds of coronaviruses associated with SARS and COVID-19. Those coronaviruses are only found in horseshoe bats nearly 2,000 kilometers away in the caves of Yunnan Province.

What Wuhan does have, however, is the WIV, which holds "one of the largest collections of bat pathogens in the world," observed Wiesendanger. He asserted that it is "extremely unlikely" bats made the 2,000-km journey to Wuhan and started an outbreak that just happened to be near the WIV and at least two other labs researching bat viruses in the city.

The scientist then mentioned that a research group, which is headed by Shi Zhengli (石正麗), also known as "Bat Woman," has since 2007 been researching how spike proteins in natural and chimeric SARS-like coronaviruses bind to the ACE2 receptors in the cells of humans, bats, and other animals. Wiesendanger alleged that the goal of this research is to make these viruses "more infectious, more dangerous, and more fatal."

Wiesendanger wrote that the safety measures had been "documented as being insufficient" before the start of the coronavirus epidemic. In early March of last year, photos taken in 2018 from within the lab surfaced showing a warped seal on the door to a freezer holding pathogens.

In 2017, Chinese state-run TV released a video showing WIV scientists talking about being bitten by bats. Other footage from the program shows scientists collecting potentially infectious bat feces while wearing short sleeves and shorts and with no noticeable personal protective equipment other than porous nitrile gloves.

Wiesendanger then cites several incidents that are indicative of a lab accident, such as reports that a young researcher in the lab, identified as Huang Yanling, was allegedly "patient zero" and had disappeared after contracting the disease. The WIV and Chinese government have vehemently denied she was infected, but over a year later, her whereabouts are still unknown, and all information about her has been scrubbed from the WIV website.

He also touched on analysis by American intelligence agencies of a private report purporting to have found evidence of a "shutdown" and "hazardous event" allegedly taking place at the WIV in October 2019. More recently, on Jan. 15, the U.S. State Department released a report stating that several scientists inside the lab had become ill with "symptoms consistent with both COVID-19 and common seasonal illnesses" in the fall of 2019.

In an interview with the German newspaper ZDF, the scientist claimed he is "99.9 percent sure" that the coronavirus emerged from the laboratory. He did, however, concede that the current body of evidence pointing to a lab leak, although extensive, is currently "circumstantial."

During an interview on "Face the Nation" on Sunday (Feb. 21), former Deputy National Security Advisor (DNSA) Mathew Pottinger said that the "Chinese military was doing secret classified animal experiments in that same laboratory" as early as 2017. He added that there is "good reason to believe" an outbreak of a "flu-like illness" had occurred among the scientists at the WIV in the fall of 2019, just before the first cases of a new type of pneumonia were being reported in Wuhan.