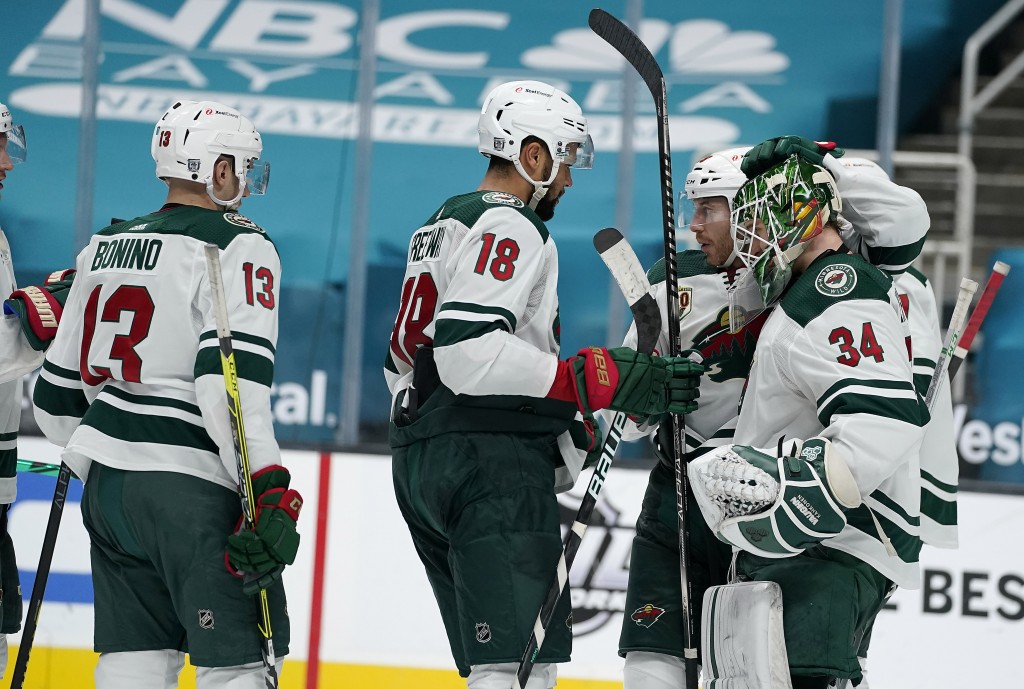 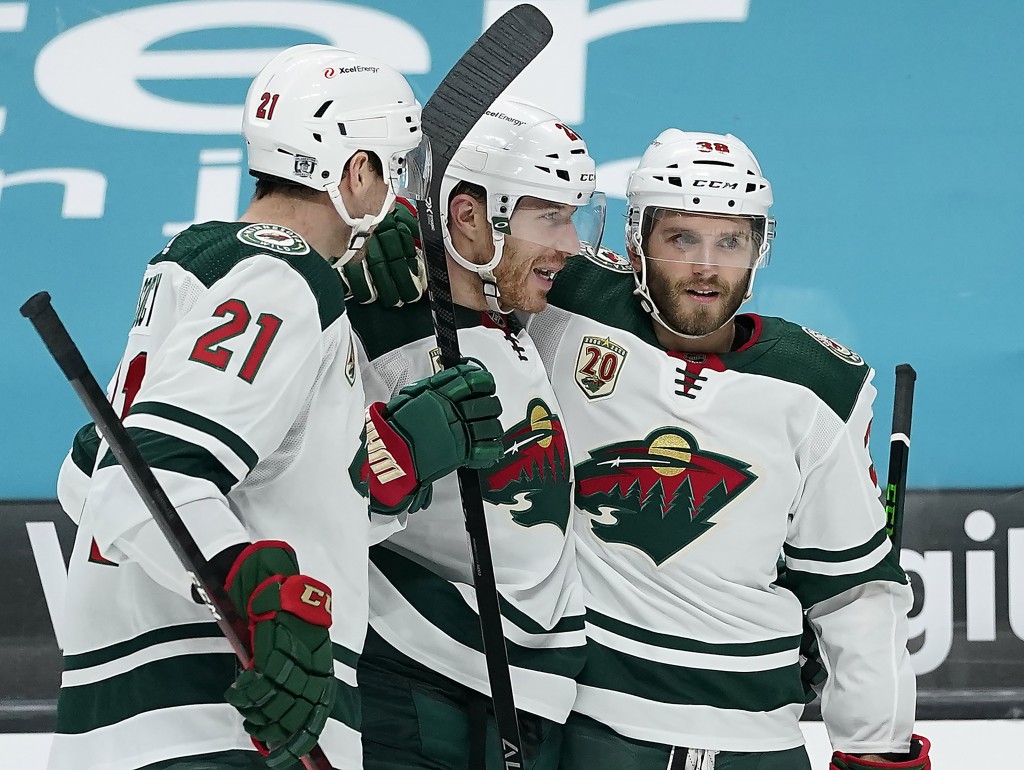 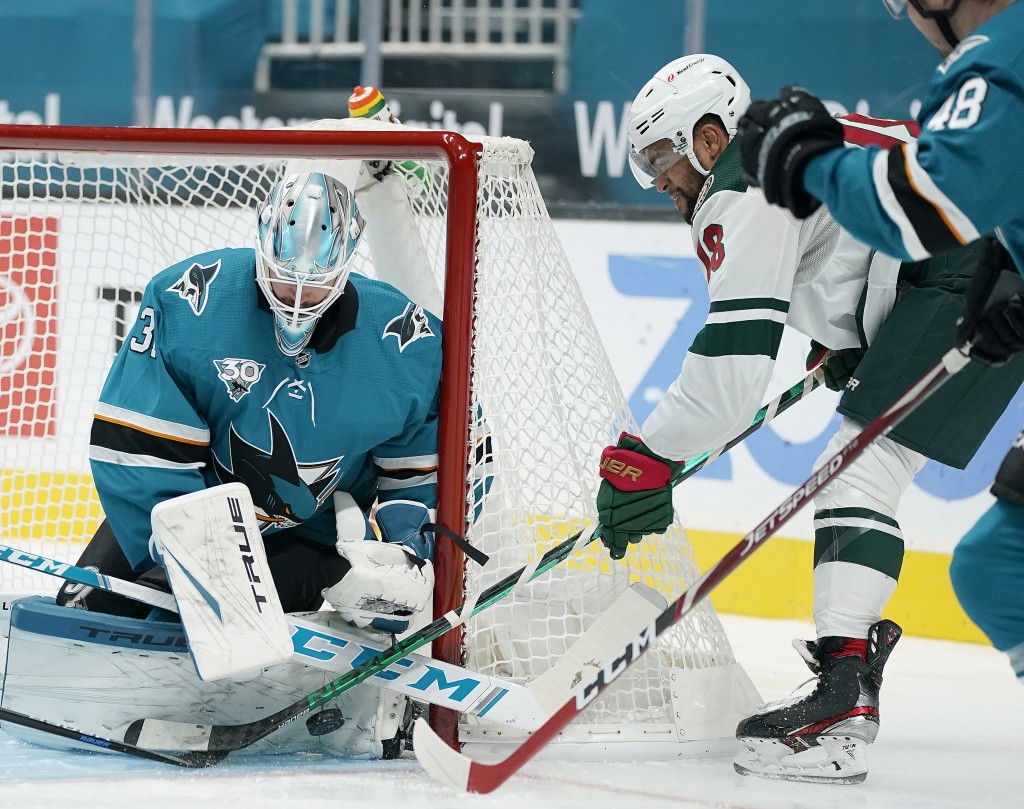 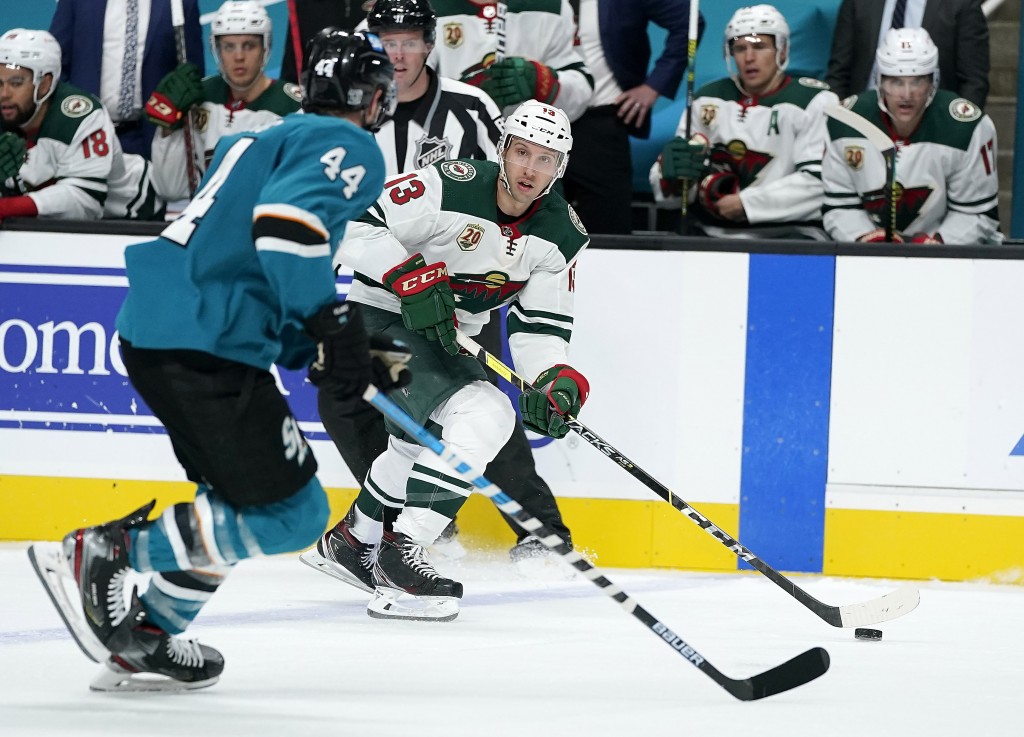 SAN JOSE, Calif. (AP) — Mats Zuccarello had a goal and three assists, and the Minnesota Wild beat the San Jose Sharks 6-2 on Monday night for their third consecutive win.

It was the highest scoring game of the season for Minnesota, which is rounding into form after being sidelined for a couple weeks this month because of COVID-19 protocols.

Victor Rask had a goal and two assists for the Wild, who improved to 3-1 on their five-game road trip. Kirill Kaprizov, Marcus Foligno, Ian Cole and Jonas Brodin also scored, and Kaapo Kahkonen made 31 saves.

The Sharks fell flat in the opener of a season-long eight-game homestand. Next up is a challenging stretch when they play 11 of their next 13 against either St. Louis, Vegas or Colorado, the top three teams in the West Division.

Brent Burns and Logan Couture scored for San Jose, but the Sharks were outscored 3-1 in the second period. Martin Jones made 16 saves on 20 shots before he was replaced by Devan Dubnyk.

The Sharks scored 45 seconds into the game on a nifty goal from Burns, who knocked the puck around a defender at the blue line and went right to left to flip a backhand past Kahkonen.

But the Wild grabbed the lead for good with a pair of goals 11 seconds apart midway through the first. Zuccarello tied it when he scored from the right circle at 7:49. Right after that, Zuccarello found Kaprizov camped to the left of the net for another score that gave Minnesota a 2-1 lead.

Kahkonen continues to play well while starting goalie Cam Talbot goes through COVID-19 protocol. He has stopped 73 of 77 shots over the past three games.