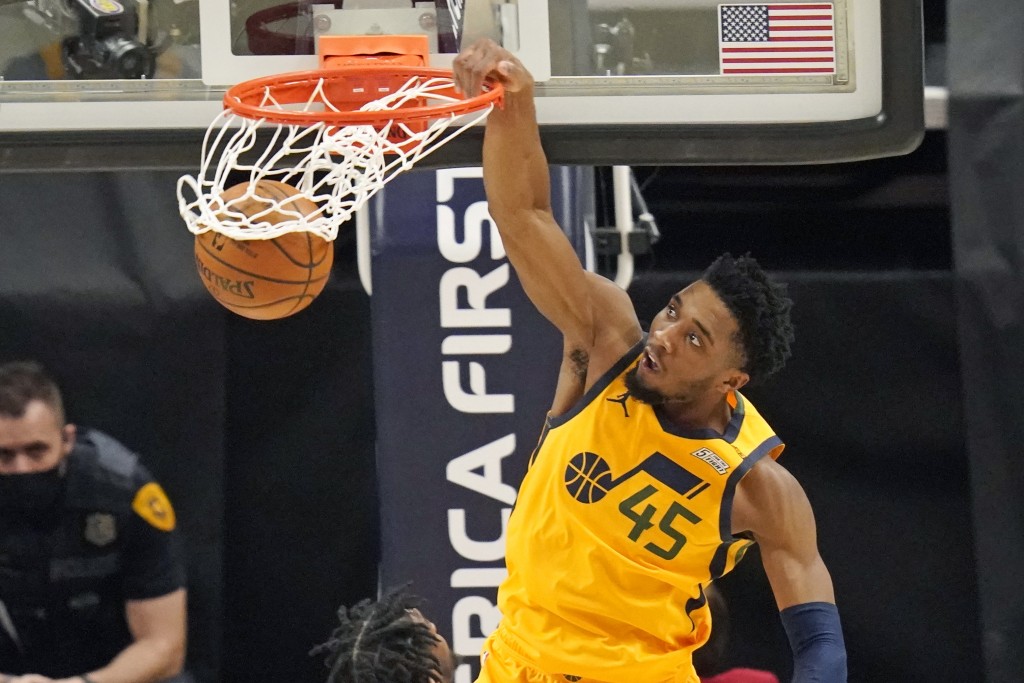 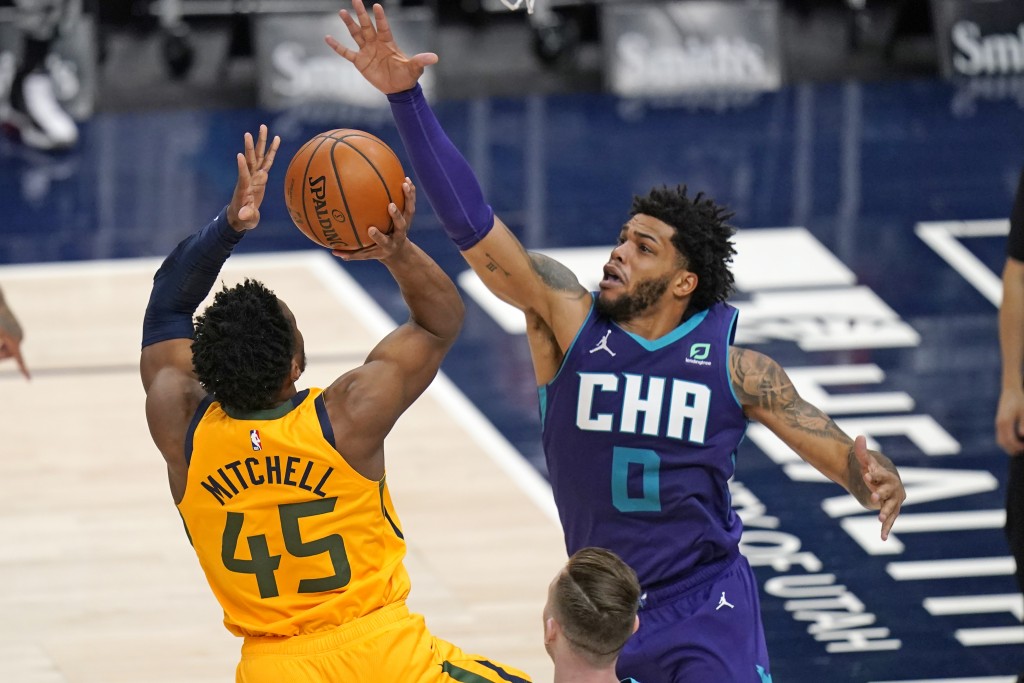 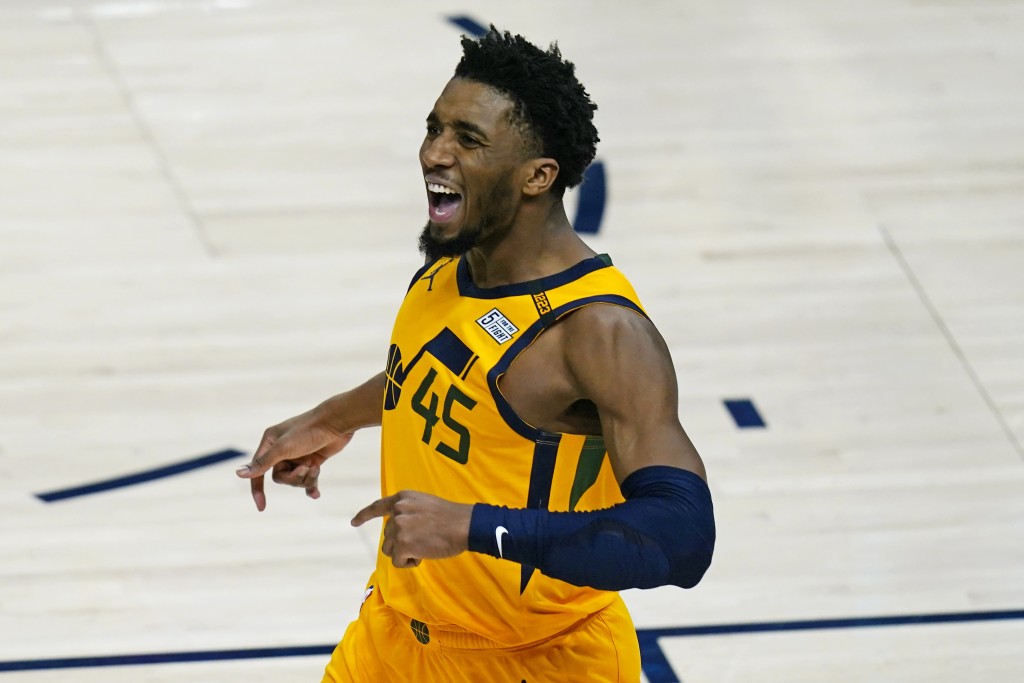 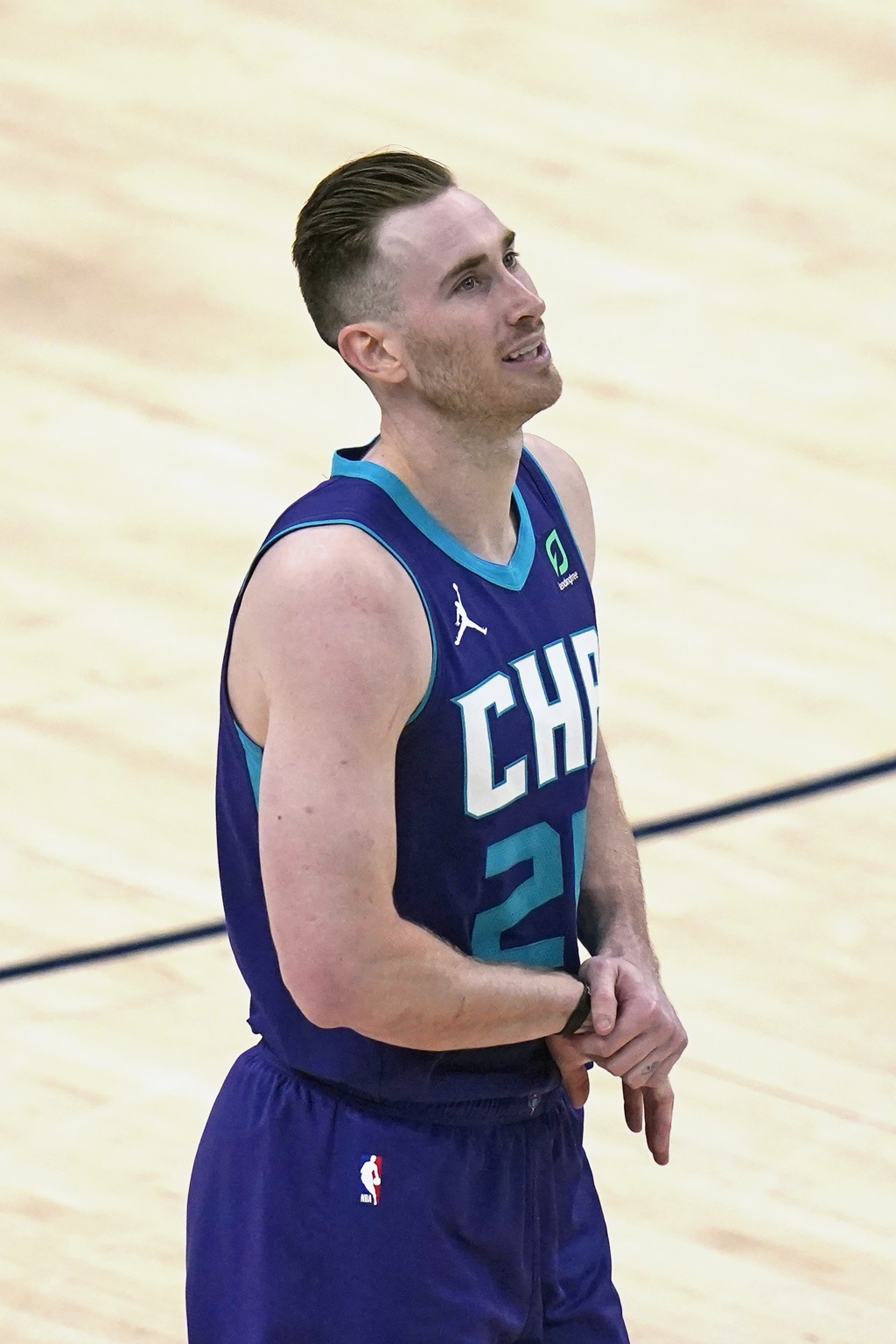 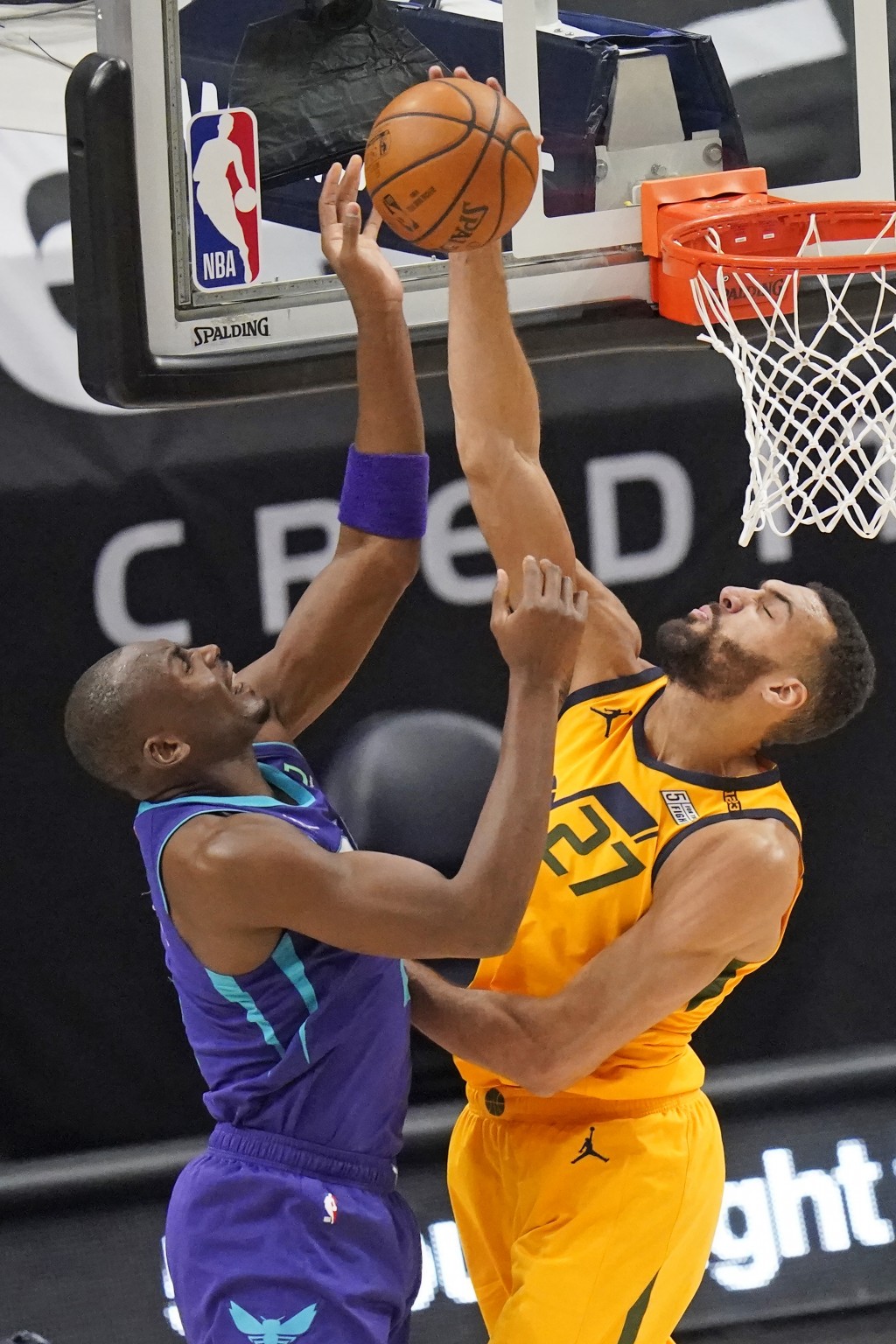 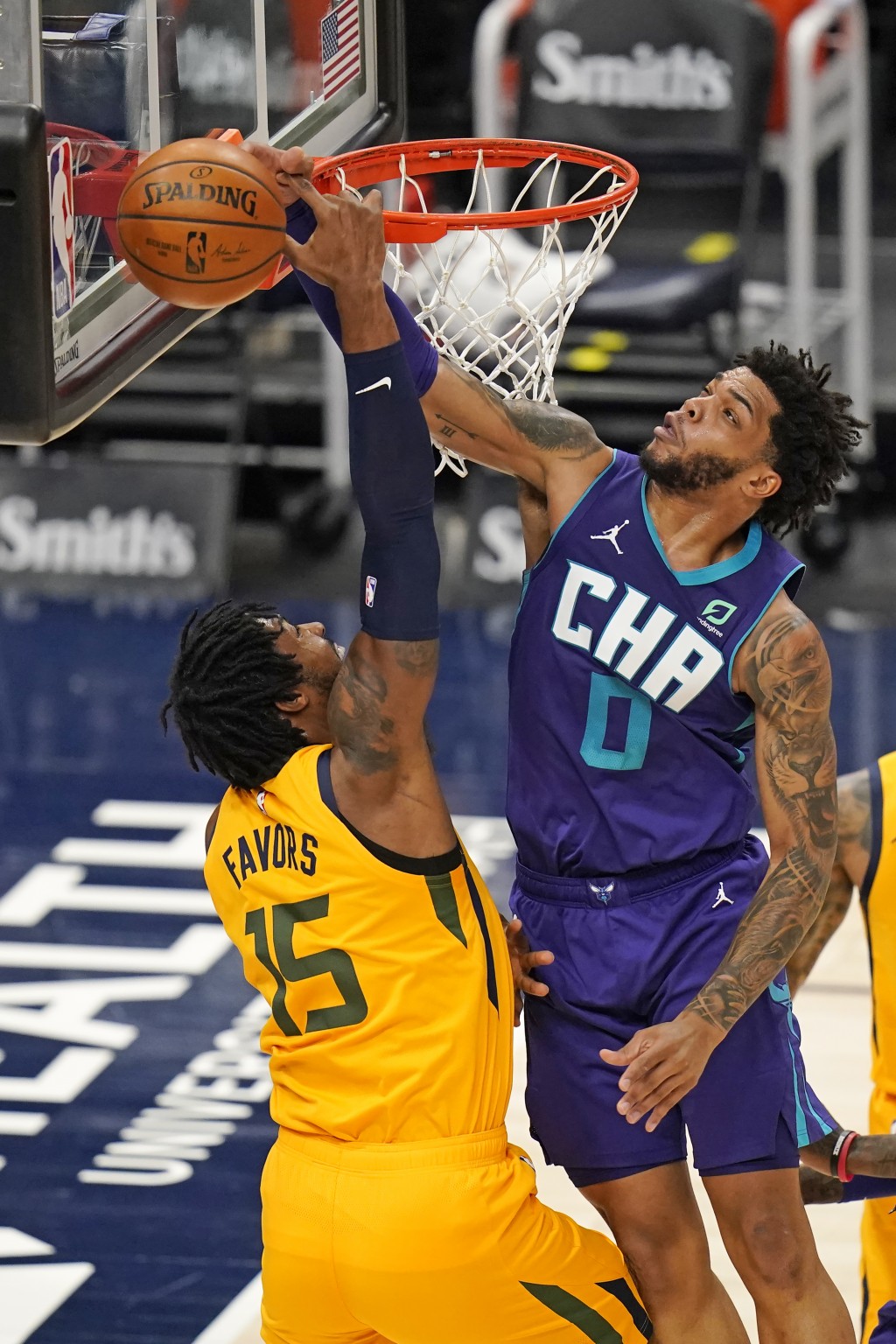 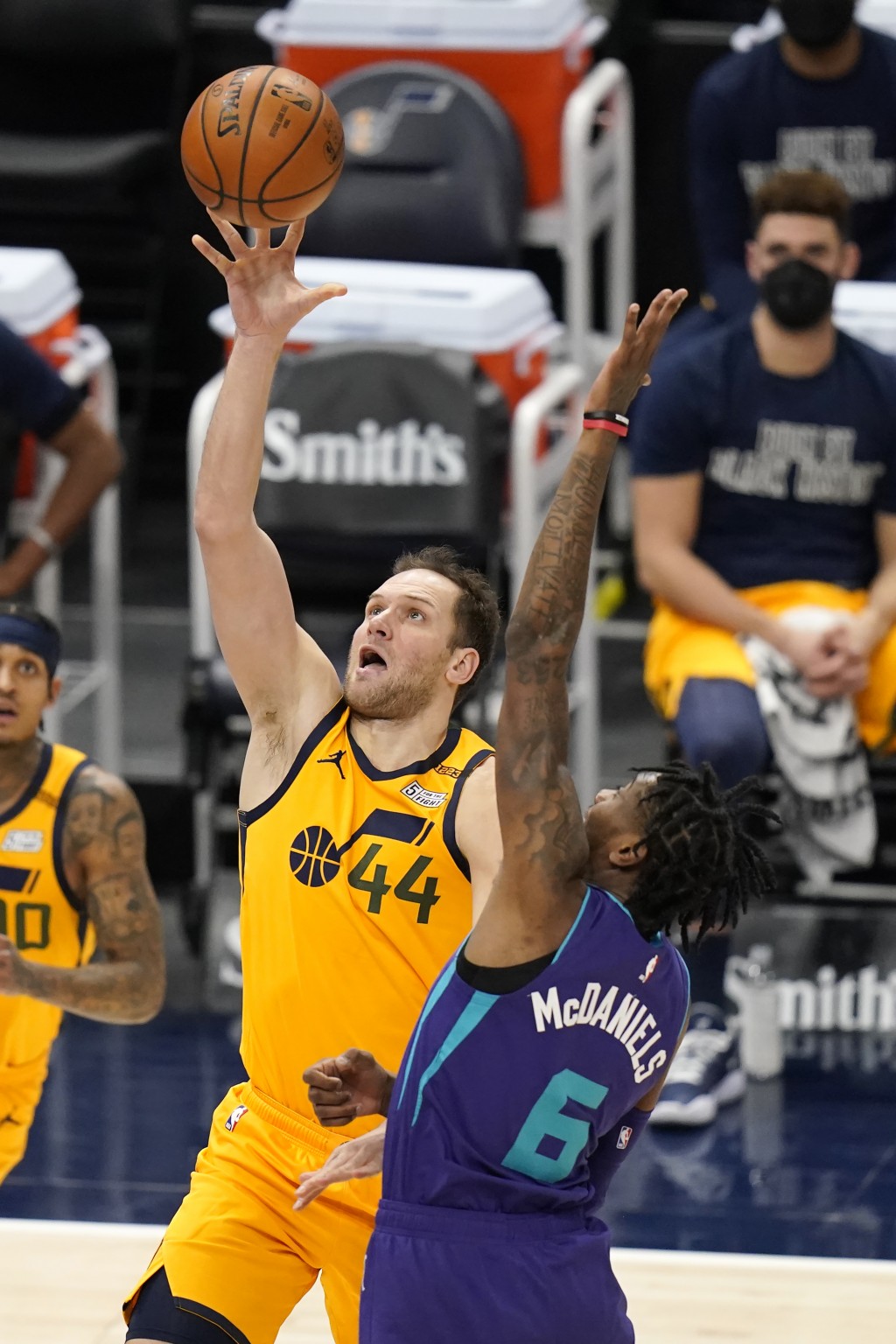 SALT LAKE CITY (AP) — Donovan Mitchell had 23 points and eight assists as the Utah Jazz enjoyed a record-breaking performance from long range in a 132-110 victory over the Charlotte Hornets on Monday night.

Utah set a franchise mark for 3-pointers with 28, including 19 off the bench — the most by any team's backups in NBA history, according to STATS.

Charlotte gave up 54 total 3-pointers in two games against Utah this season.

The Jazz (25-6) continuously attacked from the perimeter during the first half. They shot 29 3-pointers before halftime — a club record for attempts in a half.

It paid off at times. Utah made eight 3s in the first quarter as 72% of its shot attempts came from behind the arc during the period.

Charlotte built its first double-digit lead early in the third when P.J. Washington’s steal and slam capped a 12-1 run that put the Hornets ahead 81-70. Charlotte forced six turnovers during the spurt and scored four baskets off those turnovers — highlighted by 3-pointers on three straight possessions from Ball, Hayward and Washington.

Utah erased the deficit and went back ahead on back-to-back baskets from Clarkson and Niang before the third quarter ended. Their buckets sparked a 26-2 run extending into the fourth quarter.

The Jazz opened the fourth by scoring baskets on five straight possessions. Consecutive 3-pointers from Mike Conley and Niang punctuated the run and gave Utah a 111-92 lead.

Hornets: Hayward exited with an apparent wrist injury with 10 minutes left. He did not return. … Charlotte got charged a technical foul late in the third quarter for having six players on the court with an active ball.

Jazz: Niang’s 21 points were a season high. … Utah became the fastest team in NBA history to make 500 3-pointers in a season, reaching that milestone in just 31 games. … Rudy Gobert and coach Quin Snyder were both called for technical fouls.