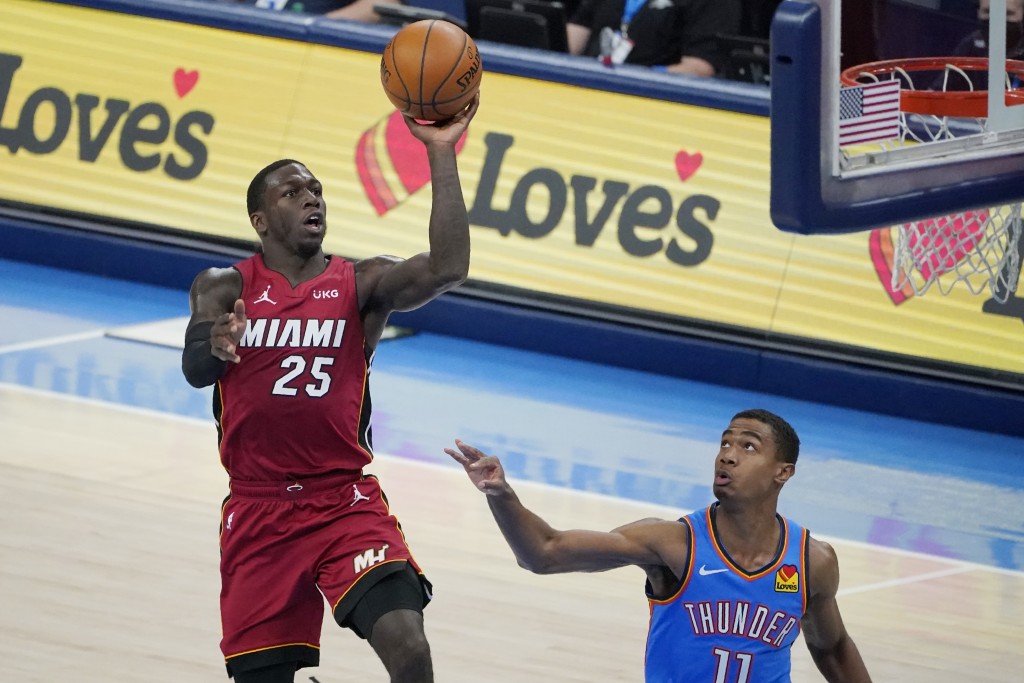 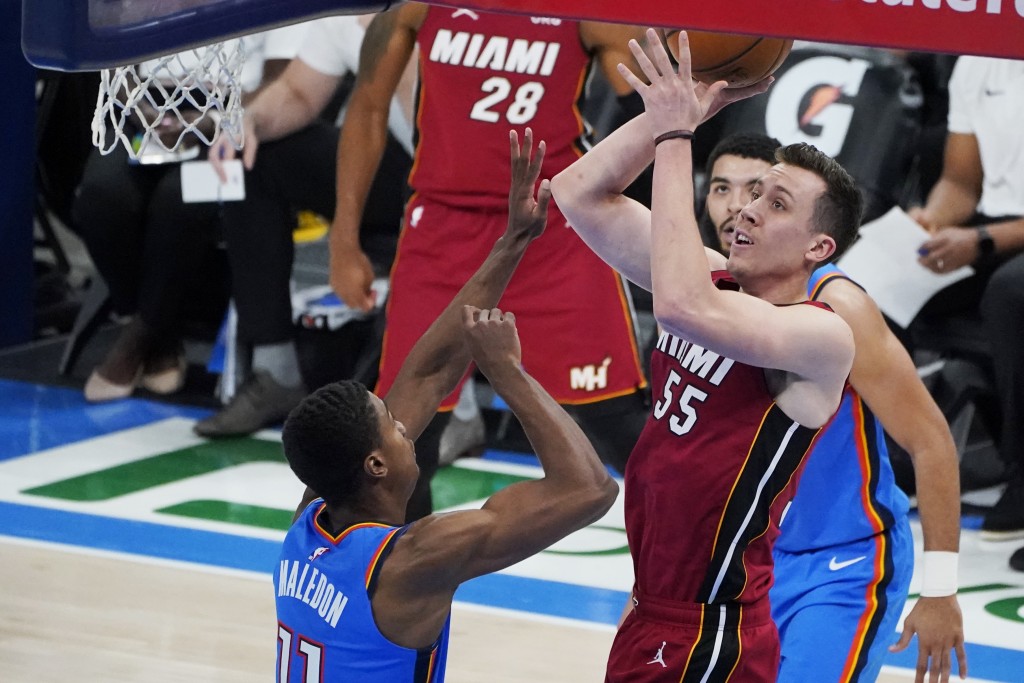 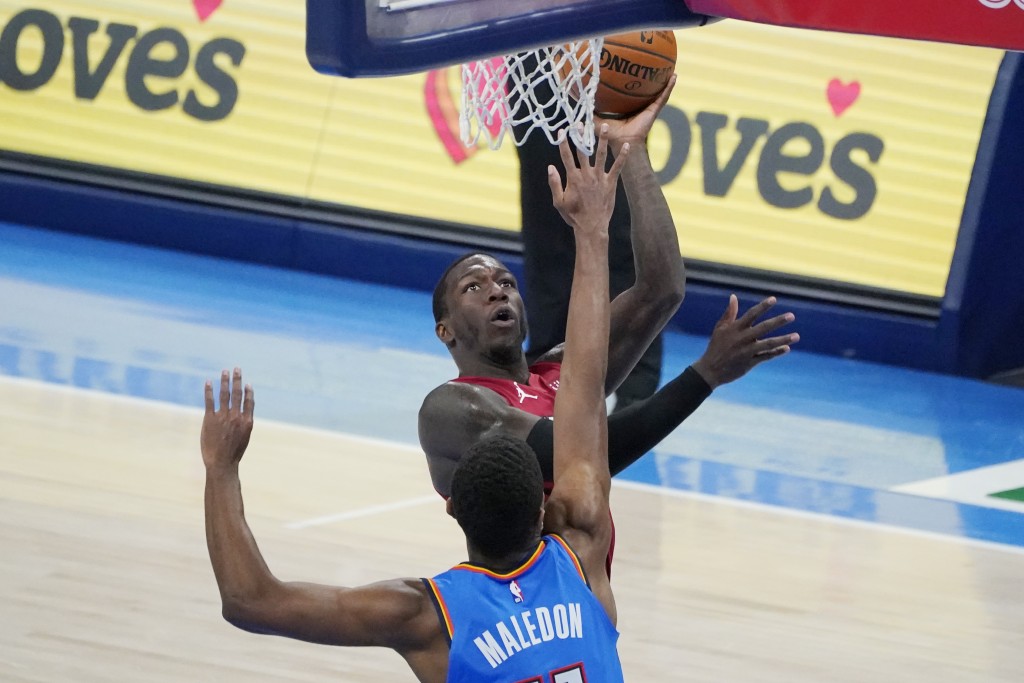 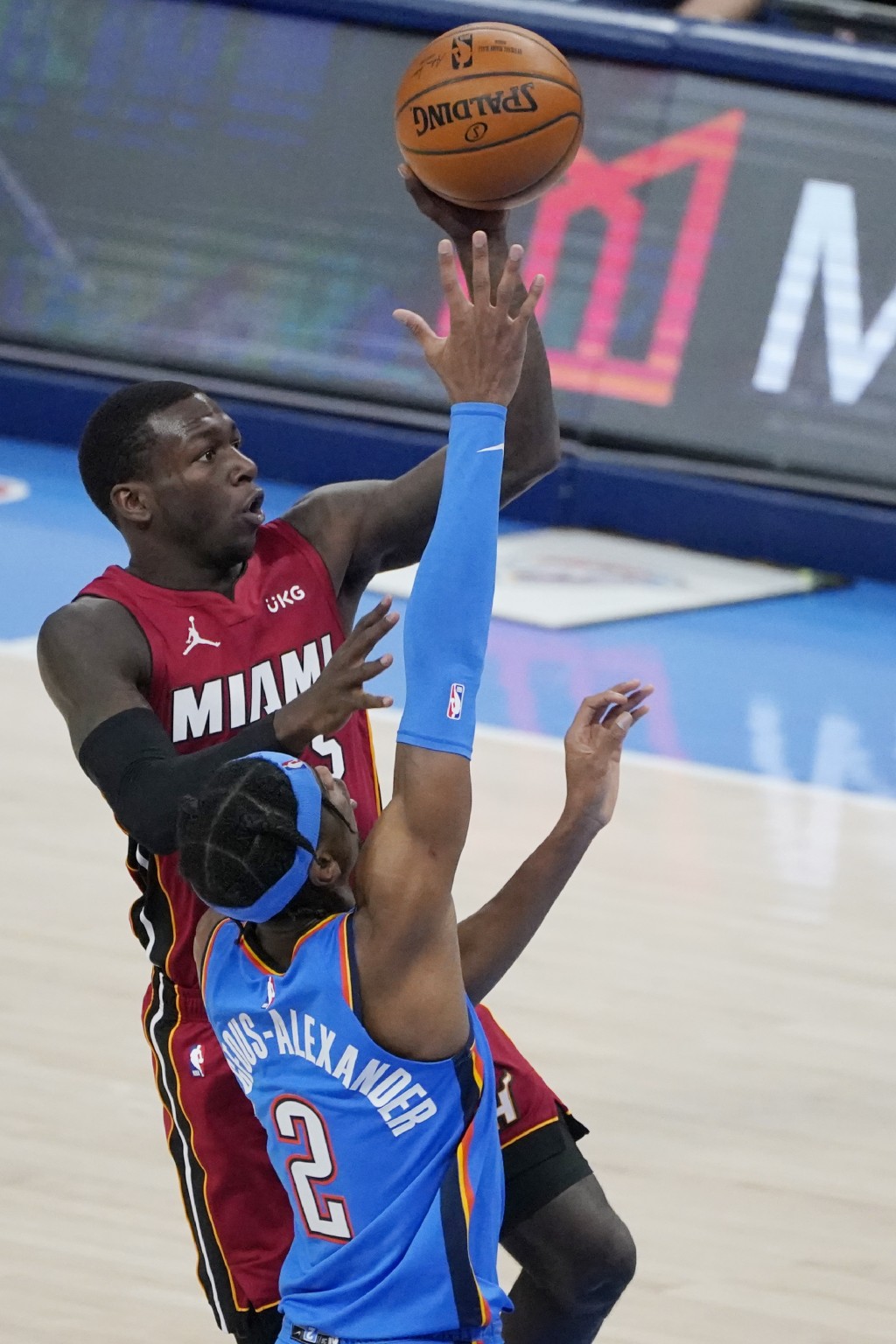 OKLAHOMA CITY (AP) — Duncan Robinson scored 22 points and made six 3-pointers, leading the Miami Heat to a 108-94 victory over the Oklahoma City Thunder on Monday night in the finale of their seven-game road trip.

Kendrick Nunn added 20 points and nine assists, Bam Adebayo had 19 points and 13 rebounds, and they hooked up on an alley-oop dunk during Miami's 15-0 run to start the fourth quarter.

Robinson ended it with a 3-pointer that gave the Heat a 94-77 lead midway through the final period. Miami won the final three games of the trip to finish 4-3.

Shai Gilgeous-Alexander scored 27 points for the Thunder, who were outscored 63-40 after halftime.

The Heat made five of their first eight 3-point attempts. Max Strus capped the hot start with one with 4:19 remaining in the first quarter.

The Heat missed their next 12 3-point shots. Robinson finally ended the drought with a 31-foot jumper with 43 seconds left until the break.

Meanwhile, the Thunder shot 54% from the floor through the first 24 minutes. Gilgeous-Alexander fueled Oklahoma City’s 54-45 halftime advantage, scoring 18 points on 6-of-7 shooting. His only miss of the half came via a 27-foot stepback as time expired in the first period.

Miami responded with 34 points in the third quarter to take a 79-72 lead with under a minute left in the frame. Gilgeous-Alexander rattled off five points in the final 31.6 seconds to bring the Thunder within two entering the final period before Miami promptly blew it open.

Heat: Tyler Herro (right hip contusion) was ruled out ahead of Monday’s game. He is day to day, per coach Erik Spoelstra. … The Heat haven’t played at home since a Feb. 9 win over the New York Knicks. … Jimmy Butler played in his 600th career game.

Thunder: Al Horford (rest) was not available for Oklahoma City’s second game in as many nights. Isaiah Roby started in Horford’s place. … The Thunder fell to 2-4 when playing the second game of a back-to-back.