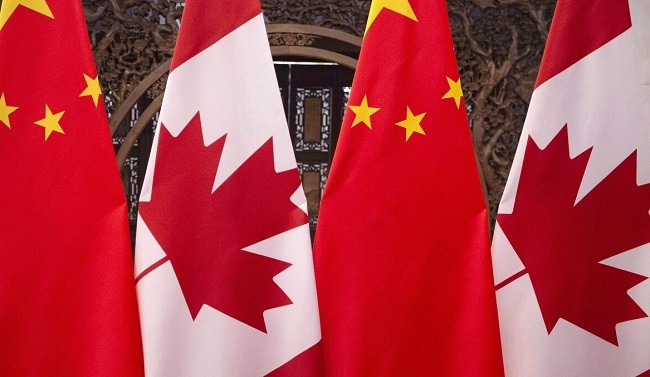 TAIPEI (Taiwan News) — Canada's House of Commons has passed a motion declaring China is committing genocide against Uighurs and other Muslim minorities within its borders, joining the current and previous U.S. administrations in using the term.

The motion titled "Religious minorities in China," sponsored by MP Michael Chong and spearheaded by the Conservative Party opposition and Uighur activists, passed with a vote of 266 to zero.

The text recognizes that China's repressive actions in the Xinjiang region, including "detention camps and measures intended to prevent births as it pertains to Uyghurs and other Turkic Muslims," are in line with United Nations General Assembly resolution 260, also known as the "Genocide Convention." The motion also calls on the International Olympic Committee to relocate the 2022 Summer Games if Beijing "continues this genocide."

American Secretary of State Antony Blinken in his confirmation hearing last month concurred with his predecessor Mike Pompeo's assessment that the Chinese regime's actions in Xinjiang (East Turkistan) are tantamount to genocide. However, Uighur activist Mehmet Tohti observed that the Canadian House of Commons has become the first national legislative body to make this claim, according to the Globe and Mail.

Prime Minister Justin Trudeau and his cabinet, whose position has been that more review is needed, notably abstained from the vote.

The U.K.'s House of Commons is poised to consider a genocide amendment to the trade bill that would bar London from trading with countries that have committed genocide. The amendment would also grant British courts the authority to rule on whether or not another nation has engaged in the offense.

In a statement, the East Turkistan Government in Exile thanked the Canadian legislature and called on other countries — particularly the U.K., E.U. member states, India, Australia, and Japan — to follow suit.

In an interview with the Canadian Press news agency last Saturday (Feb. 20), Chinese Ambassador to Canada Cong Peiwu (叢培武) expressed "strong dissatisfaction and firm opposition" to the vote. He argued genocide could not be taking place in Xinjiang because the Uighur population has grown by 2.55 million, or 25 percent, between 2010 and 2018.

Cong also ruled out cultural genocide, saying that there is one mosque for every 530 Muslims in Xinjiang, and he cited the inclusion of the Uighur language on RMB notes. "Isn't this a token of ethnic equality in China?" he exclaimed.

The representative demanded that Canada cancel the motion and cease its interference in "China’s internal affairs" to avoid further harm to China-Canada relations.

Last week, Coalition for Genocide Response co-founder Ewelina Ochab and several human rights lawyers published a letter to rebut the claim, repeated by Cong and others, that genocide can only amount to the wholesale murder of a group. "'Genocide,' as defined by the Genocide Convention and customary international law... does not necessarily entail the immediate destruction of the group by 'mass slaughter.' Destruction of the group... must be the intended result, but this may be achieved in a number of ways," the letter states.

Article 2 of UNGA resolution 260 defines genocide as any acts intended to "destroy, in whole or in part, a national, ethnical, racial or religious group." These include:

(a) Killing members of the group

(d) Imposing measures intended to prevent births within the group

(e) Forcibly transferring children of the group to another group

The Chinese authorities in recent years have conducted a sweeping campaign to control Uighurs and other Turkic Muslim-majority minorities in Xinjiang. In addition to widespread surveillance and crackdowns on religious freedom, over 1 million are estimated to have been sent to "re-education" camps, where they have been subject to harsh conditions and cruel treatment, and hundreds of thousands have reportedly been forced into labor.

There is also evidence of systemic mass sterilization in the western region and of children being separated from their parents, according to an AP report published last year and based on interviews with former detainees, their families, and state records. The report cited Xinjiang government statistics revealing a sharp 24-percent decline in the region's birth rate over the previous year alone compared to 4.2 percent across China.