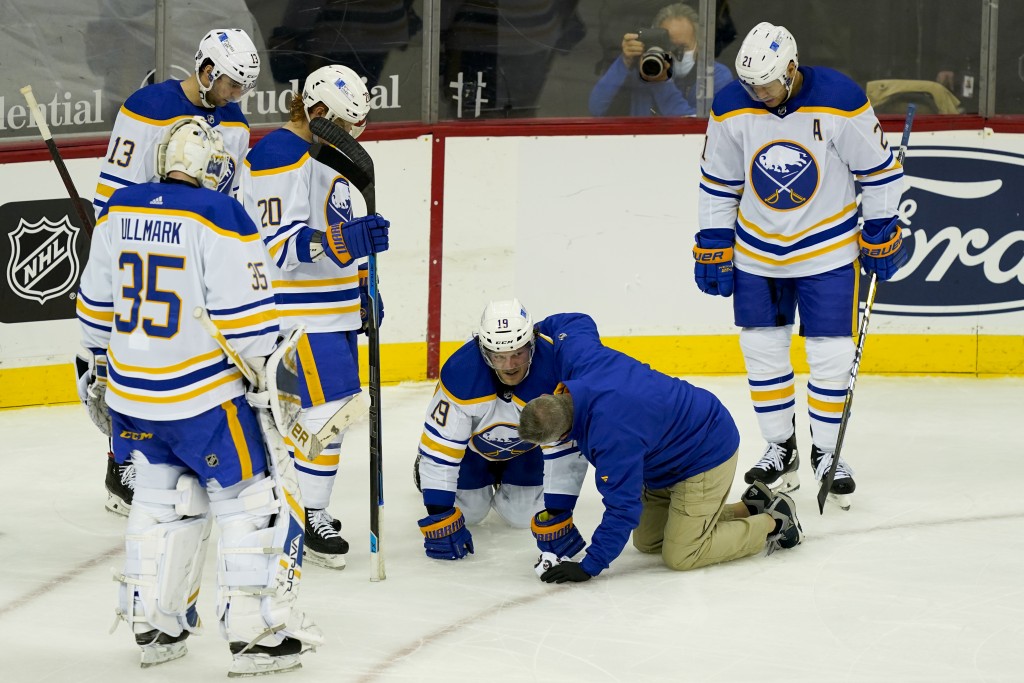 UNIONDALE, N.Y. (AP) — Buffalo Sabres defenseman Jake McCabe will miss the rest of the season after he injured his right knee during Saturday's 3-2 victory at New Jersey.

The 27-year-old McCabe was diagnosed Monday with ligament and meniscus damage, and the team said he will need six to eight months to recover. McCabe got hurt trying to hit Devils captain Nico Hischier along the boards in the third period.

McCabe, a second-round pick in the 2012 draft, has one goal and two assists in 13 games this season. He has 18 goals and 59 assists in 353 career games with Buffalo.

He can become an unrestricted free agent after this season.

The last-place Sabres are also without defenseman Rasmus Ristolainen, who is recovering from a severe bout with COVID-19 and hasn’t played since Jan. 31.

Buffalo recalled forward Casey Mittelstadt and defenseman Brandon Davidson from the taxi squad before facing the Islanders on Monday night at Nassau Coliseum.