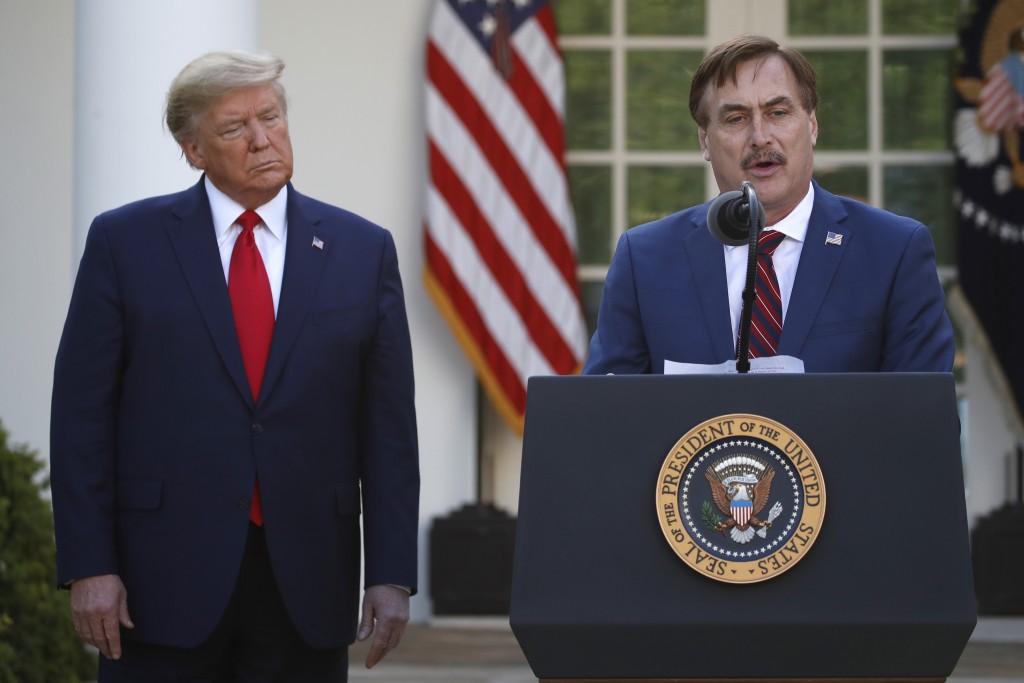 The lawsuit filed in federal court in the District of Columbia alleges that Lindell ignored repeated warnings from Dominion, a voting technology company that has filed similar lawsuits against Donald Trump lawyers Rudolph Giuliani and Sidney Powell.

Dominion's lawsuit accuses Lindell of repeatedly telling what the lawsuit calls the “Big Lie” that the company stole the election.

"No amount of money can repair the damage that’s been done by these lies, which are easily disproved. Hundreds of documented audits and recounts have proven that Dominion machines accurately counted votes. We look forward to proving these facts in a court of law,” the lawsuit says.

Lindell, known as the “MyPillow Guy” from his TV commercials, said in an interview with The Associated Press last month that he would not let up on his claims against Dominion. That was before he released a documentary-style video, which Dominion calls “cartoonish,” that repeated and elaborated on his unproven claims.

Lindell told the AP: “You bring it on, Dominion, because I want everybody to see.”