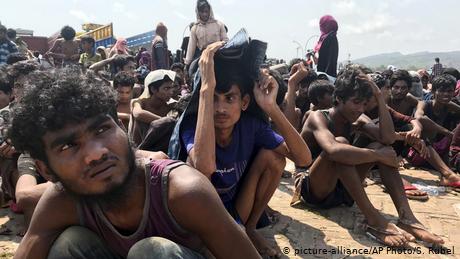 A broken-down boat carrying a group of Rohingya refugees is believed to be drifting in the Andaman Sea, with many of those on board ill and suffering from extreme dehydration, the United Nations refugee agency said on Monday.

The UN also called on Southeast Asian governments to immediately rescue the refugees, who are stuck at sea without food and water.

Some passengers have already died, and fatalities rose over the weekend, the UN High Commissioner for Refugees (UNHCR) said in a statement.

"In the absence of precise information as to the refugees' location, we have alerted the authorities of the relevant maritime states of these reports and appealed for their swift assistance," the statement said.

The vessel left Cox's Bazar and Teknaf in Bangladesh 10 days ago and has been adrift for more than a week after an engine failure. The UN could not confirm the number of passengers or the whereabouts of the boat, but said the refugees reported that the boat ran out of food and water several days ago.

"Immediate action is needed to save lives and prevent further tragedy," the agency said, offering to provide humanitarian aid and assist with quarantine measures for those rescued.

"Many are in a highly vulnerable condition and are apparently suffering from extreme dehydration," the statement said. "We understand that a number of refugees have already lost their lives, and that fatalities have risen over the past 24 hours."

A senior Indian Coast Guard official told Reuters that the vessel had been tracked and was reported to be safe, but that authorities did not yet know the condition of those on board.

"The fact that refugees and migrants continue to undertake fatal journeys accentuates the need for immediate and collective regional response to search, rescue and disembarkation," the UN added.

The Rohingyas are a Muslim minority, suffering persecution in Myanmar. Many have fled in boats, which have often sunk or become stranded. Hundreds of thousands fled a deadly crackdown by Myanmar's military in 2017 and entered neighboring Bangladesh, where about a million live in sprawling refugee camps.