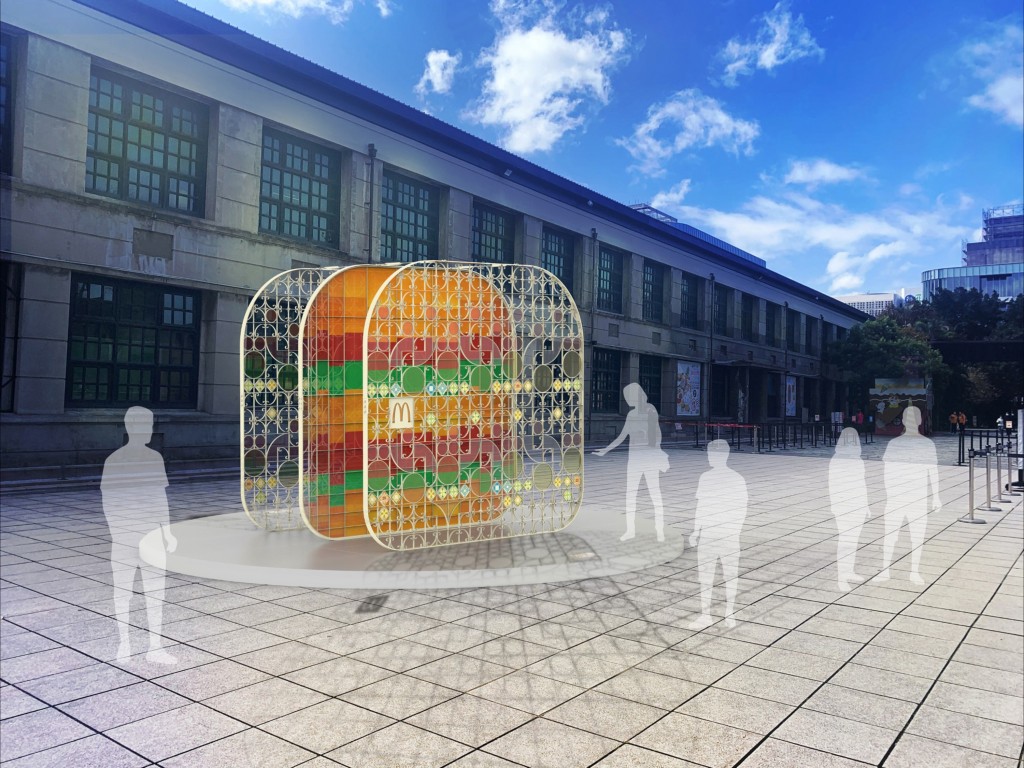 TAIPEI (Taiwan News) — McDonald’s Taiwan is joining hands with local artists to present an art exhibition that pays homage to the country’s window gratings, which have featured on residential buildings for over half a century.

The showcase will see a Big Mac-themed installation at the Songshan Cultural and Creative Park in Taipei between Feb. 27 and March 1 from 11 a.m. to 10 p.m., according to McDonald’s Taiwan. Leave a comment containing a picture of the artwork on the company’s Facebook account for a chance to win a limited-edition Big Mac tile.

Marking the 37th anniversary of its presence in Taiwan, the American fast-food giant has teamed up with Hozen Studio to create artworks incorporating the architectural quirks of the era when the company made inroads in the country. The installation will also celebrate two other features — classic decorative tiles and patterned glass — that have a prominent place in the history of Taiwanese residential architecture, wrote CNA.

Taiwanese-style window gratings date back to the Japanese colonial period in the 1930s, first appearing on public buildings and financial institutions. The metal barriers came into vogue for residential and commercial buildings between the 1960s and 1980s, sporting a range of motifs from the geometric to the natural.

The gratings served both as a theft deterrent and an aesthetic statement, according to a book that explores the hidden stories of window gratings in Taiwan.