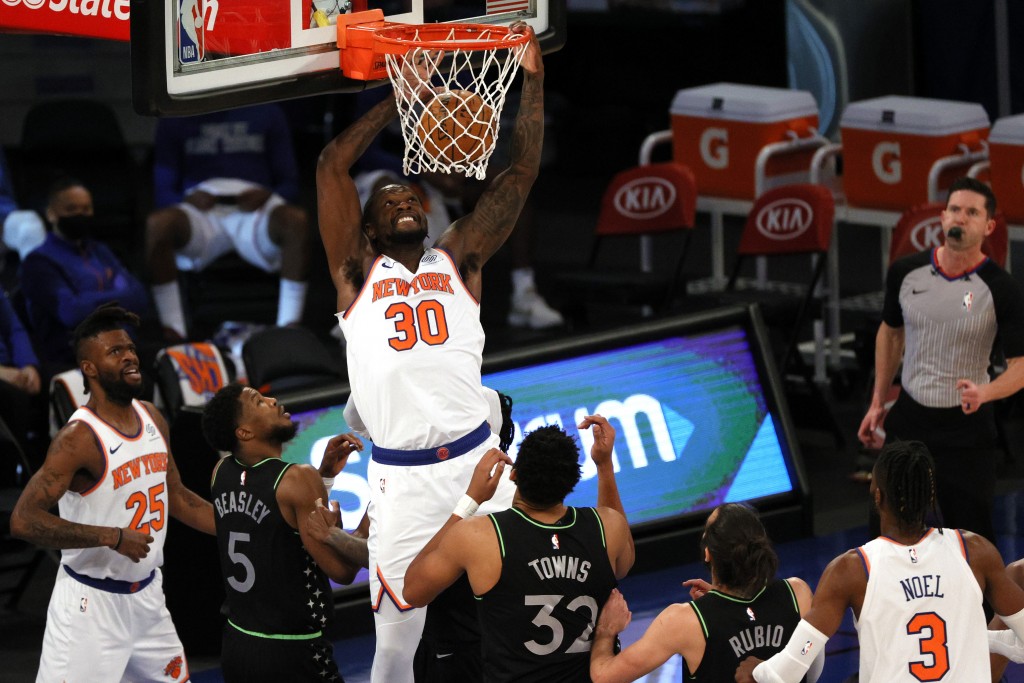 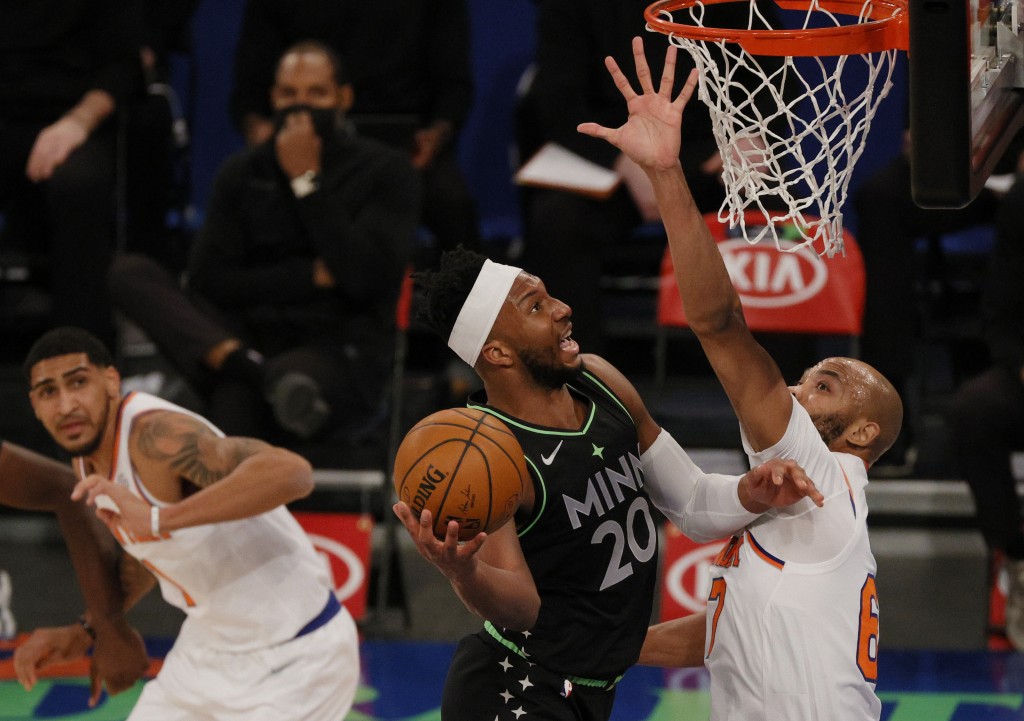 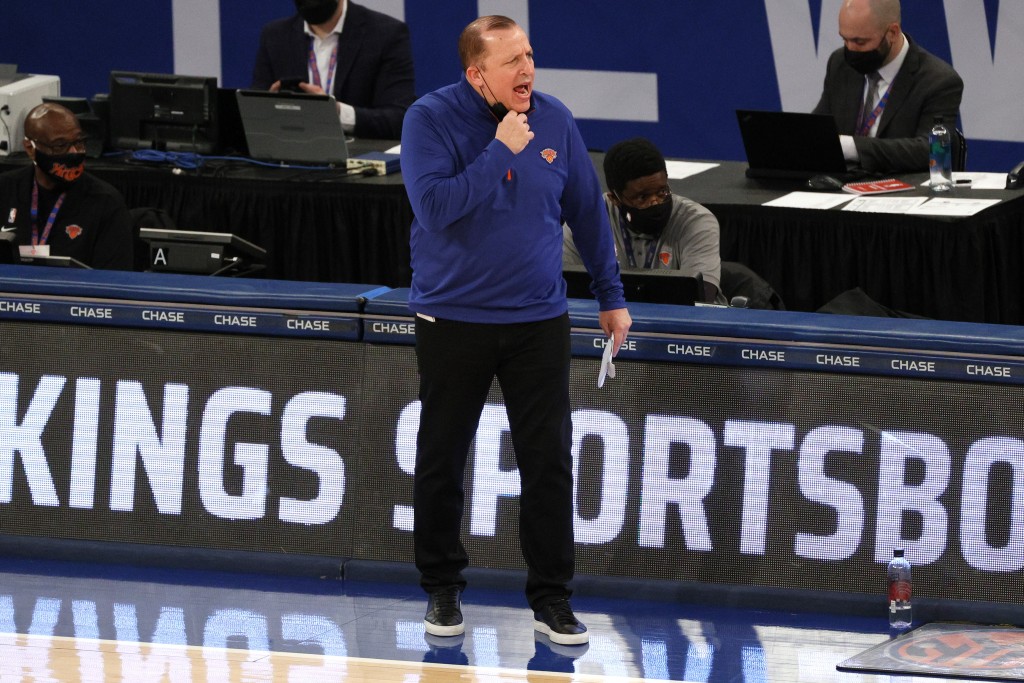 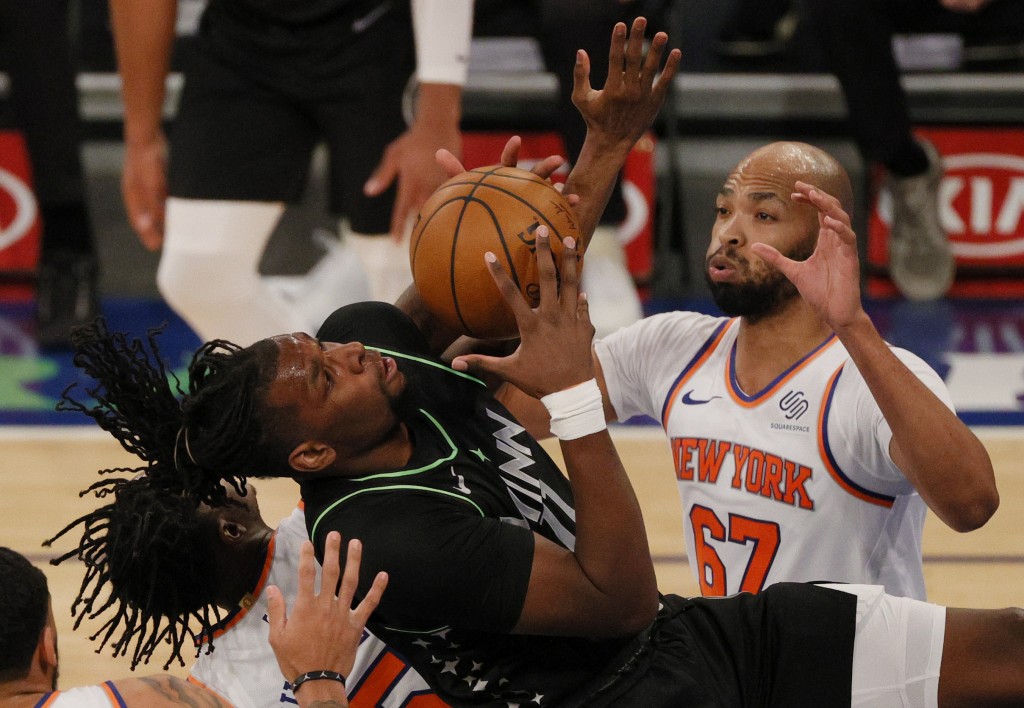 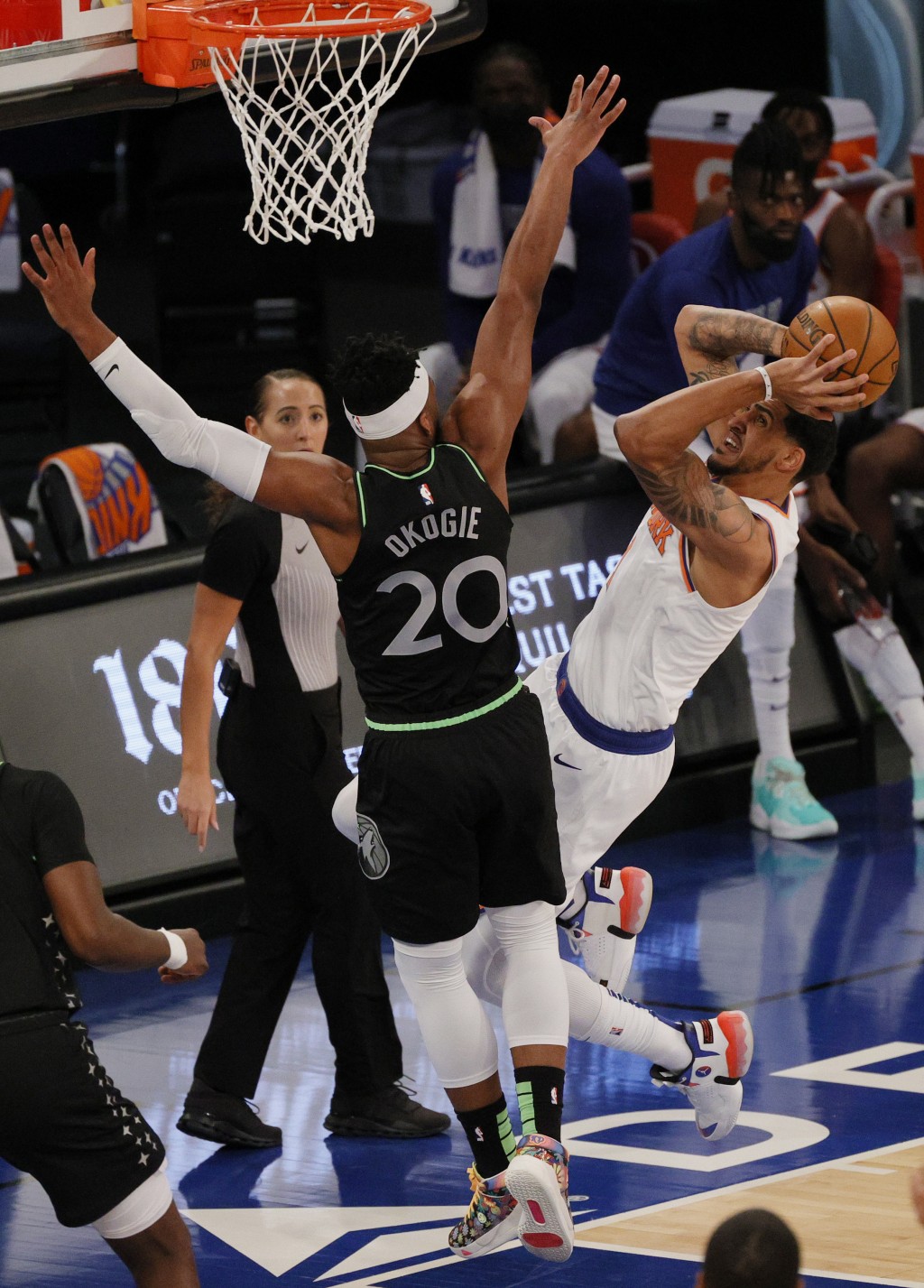 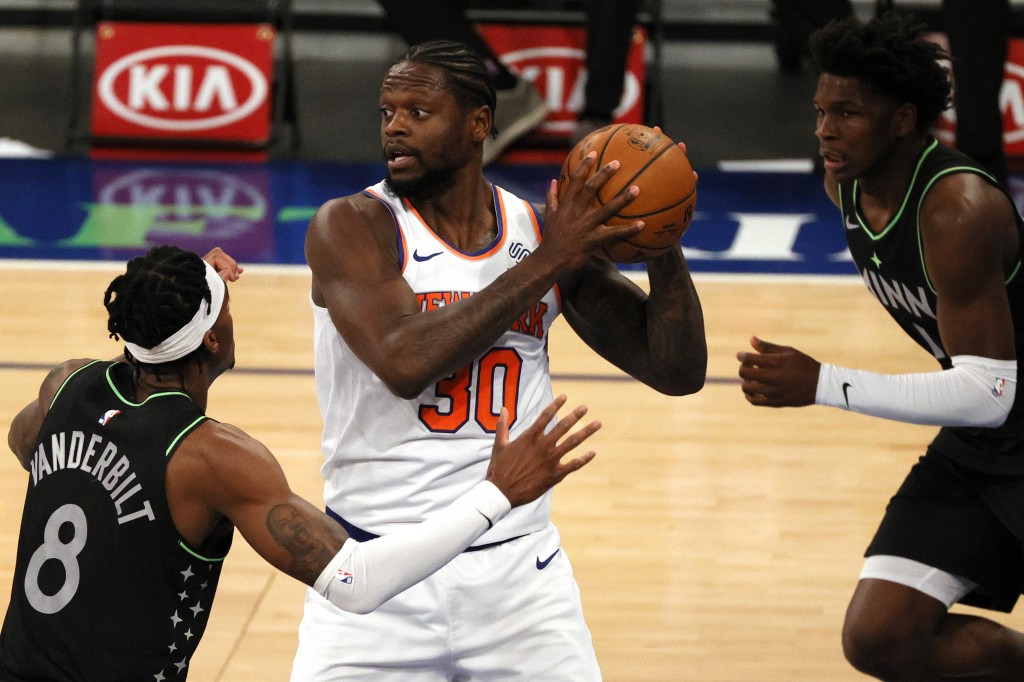 NEW YORK (AP) — Julius Randle had 25 points and 14 rebounds, helping the New York Knicks recover after blowing a 21-point lead and beat the Minnesota Timberwolves 103-99 on Sunday night, giving Tom Thibodeau a win over the team he last coached.

Randle made the go-ahead free throw with 32 seconds left and the Knicks held on in a game that seemed fully in their control when they lead 86-65 late in the third quarter.

But Karl-Anthony Towns had a big fourth, finishing with 27 points and 15 rebounds.

Thibodeau got the Timberwolves to a rare postseason spot and might do the same this season in New York, where the Knicks are 15-16 and entered play in eighth place in the Eastern Conference. They have won four of their last five games.

RJ Barrett added 21 points for the Knicks in their last game played with no fans at Madison Square Garden. The arena is set to be filled to 10% capacity, about 2,000 fans, Tuesday night when the Knicks host the Golden State Warriors.

Ricky Rubio scored 18 points for Minnesota. The Timberwolves have lost four straight and eight of nine.

The Knicks hadn’t played since Wednesday, after their first postponement of the season Saturday because of coronavirus cases on the San Antonio Spurs.

They looked good after the layoff, taking a 61-50 lead at halftime. The lead grew to 86-65 when Randle hit two free throws with 1:48 remaining in the third. A spirited start to the fourth allowed Minnesota to trim it to 10, forcing Thibodeau to call time and reinsert Randle after only about a 90-second break.

Minnesota kept coming, taking a 96-95 lead on Towns’ basket with 2:45 remaining. They were still ahead until Towns fouled Randle on a drive, and after his two free throws, Towns missed a baseline jumper. Alec Burks made four free throws from there to close it out.

Thibodeau’s 2 1/2 seasons with the Wolves included their lone playoff berth in the last 16 seasons when they went 47-35 in 2017-18. But the following season got off to a tumultuous start when Jimmy Butler wanted out and Thibodeau was fired around midseason.

Timberwolves: Minnesota had won the last four meetings. The teams did not play in 2019-20, last meeting March 10, 2019, not long after Ryan Saunders replaced the fired Thibodeau.

Knicks: Austin Rivers (illness) didn't play. He has been out of the rotation since the Knicks traded for Derrick Rose. ... Thibodeau said he wasn't considering for now sending G Frank Ntilikina to the NBA G League to get some work. Ntilikina has played in just four games this season, missing time for injuries and health and safety protocols and not cracking the rotation when healthy. Thibodeau said he likes having the former lottery pick around the team, adding “even though he’s not playing, he’s adding a lot to our team right now.”

Rose (20 points) and Taj Gibson were the Wolves’ top scorers the last time they played at MSG, in a victory on Feb. 22, 2019. Saunders praised Rose for helping teammates who were far less accomplished. “His willingness and ability to impart any knowledge and any wisdom on young players, I’ll go on to say that I’ve been around a lot of really good veterans, but he’s probably the best I’ve ever seen," Saunders said, "and right with him would be Taj Gibson, too.”