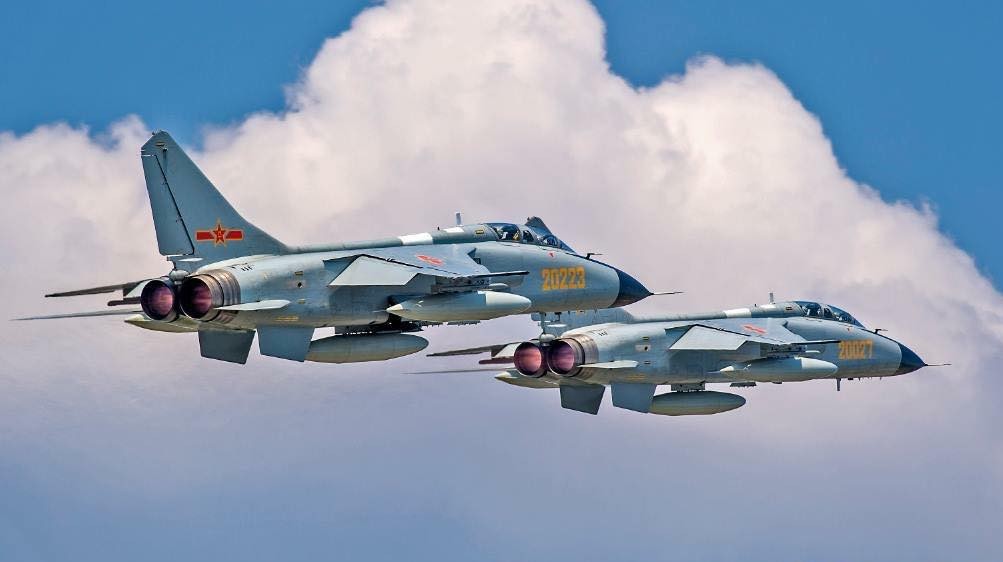 The Air Force responded by scrambling fighter jets to intercept the intruders. It also issued radio warnings, and air defense missile systems were activated to monitor the Chinese planes.

This was the second day in a row that JH-7 fighter-bombers had appeared over the ADIZ. The warplane, also known as the Flying Leopard, is rarely seen in Taiwan's aerial defense zone.

The MND described the event as part of the People's Liberation Army's air and maritime exercises. The ministry emphasized that it monitors all Chinese military activities in the area at all times.