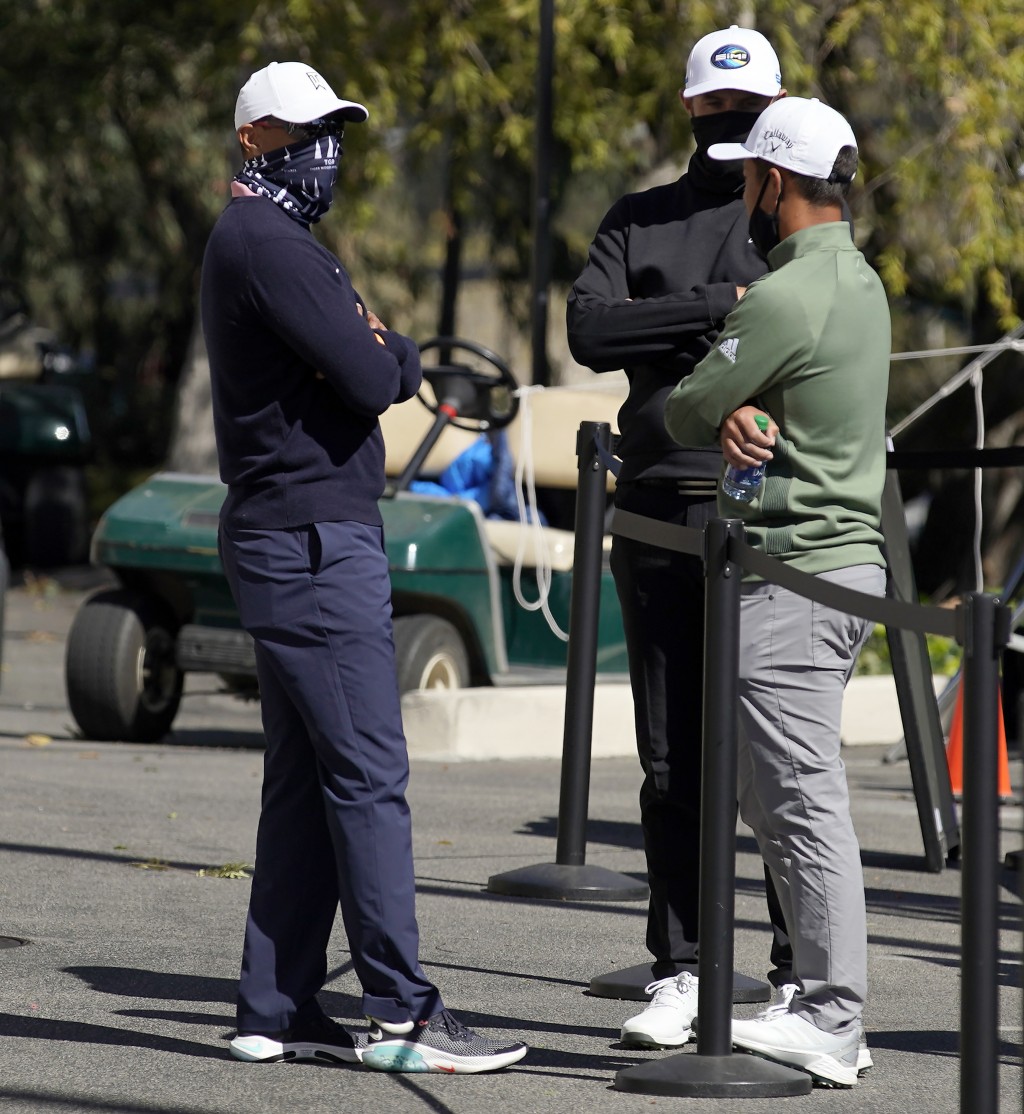 LOS ANGELES (AP) — Tiger Woods says he's doesn't know when he will return from a fifth back surgery, and he could not give a definitive answer Sunday when asked if he would be at the Masters.

“God, I hope so,” Woods on the CBS broadcast of the Genesis Invitational.

Woods, at Riviera to hand out the trophy as the tournament host, had a microdiscectomy Dec. 23. It was the fifth surgery on his back, and the first since a procedure to fuse his lower spine in April 2017.

“I'm feeling fine,” Woods said. “I'm a little bit stiff. I have one more MRI scheduled so that we'll see if the annulus (fibrosus) is scarred over finally and see if I can start doing more activities. But still in the gym, still doing the mundane stuff that you have to do for rehab, the little things before I can start gravitating towards something a little more."

Woods has not played since he joined 11-year-old Charlie at the PNC Challenge a few days before his surgery.

“I don't know what the plan is,” he said when asked if he would try to play before the Masters.

The next four events are in Florida, including The Players Championship. The latest Woods like would play, if he's fit for the Masters, would be the Dell Match Play two weeks before Augusta National.