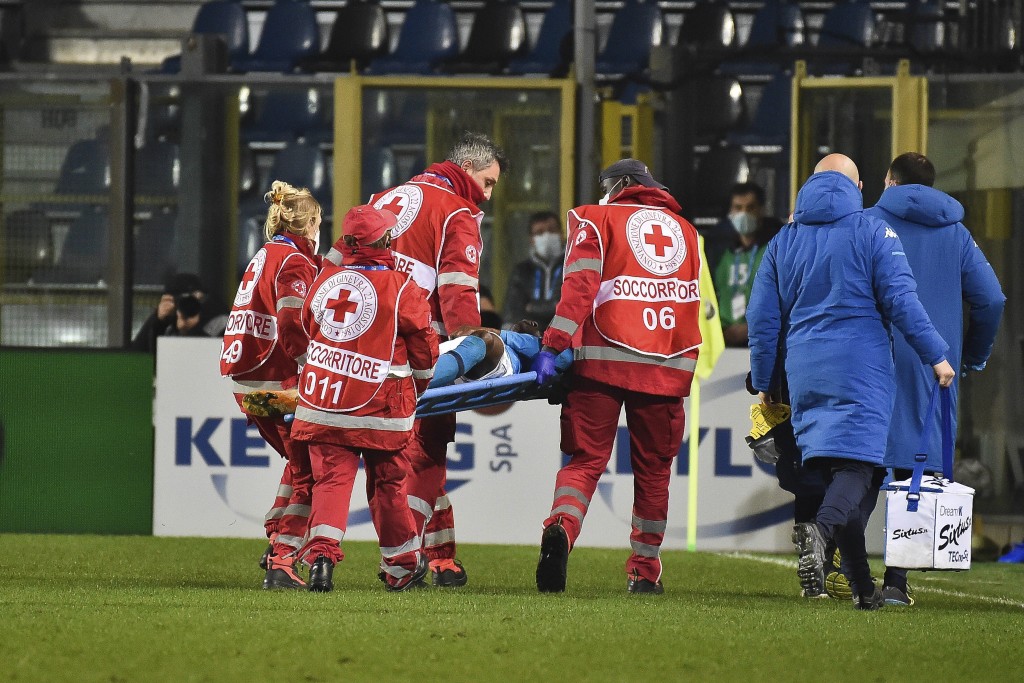 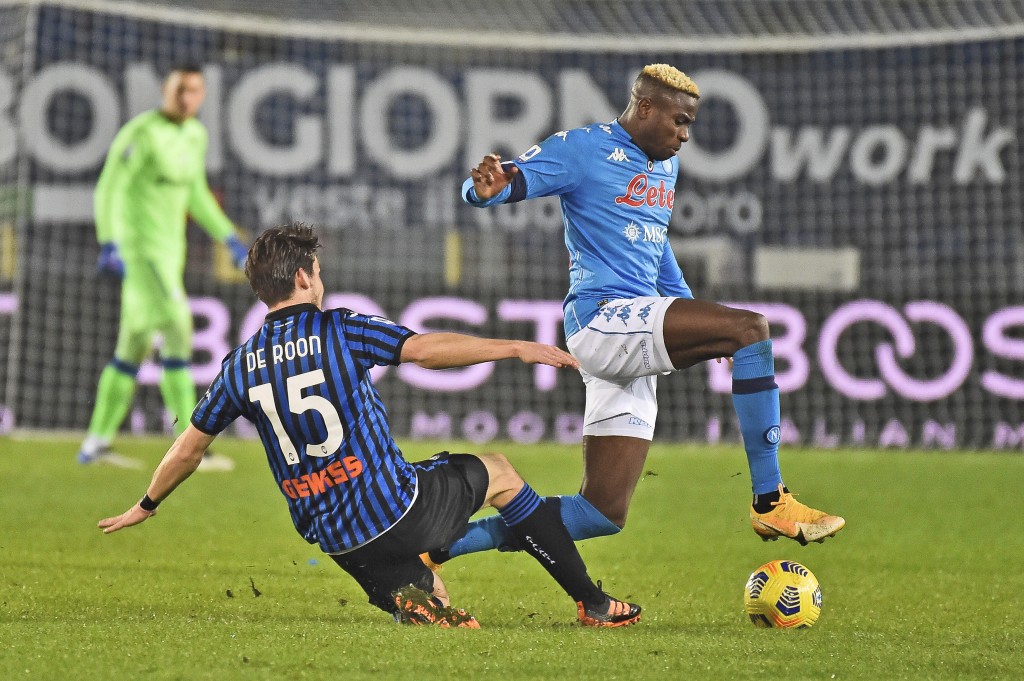 BERGAMO, Italy (AP) — Napoli forward Victor Osimhen will remain overnight in hospital under observation after being knocked unconscious during the final minutes of Sunday’s Italian league match at Atalanta.

Osimhen fell awkwardly after a collision with Atalanta defender Cristian Romero and hit his head on the field. The Nigerian international was conscious as he was stretchered off and rushed to the hospital.

Napoli released a brief statement saying that “following his injury and head trauma ... he had undergone tests with negative results.”

The southern-based club said Osimhen would remain under observation in Bergamo until Monday.

The incident occurred in stoppage time of Atalanta’s 4-2 win over Napoli.

Osimhen joined Napoli from Lille at the end of July for a fee of around 80 million euros. He was injured on international duty in November and then tested positive for coronavirus over the winter break. The 22-year-old Osimhen only returned to action on Jan. 24 after an absence of more than two months.