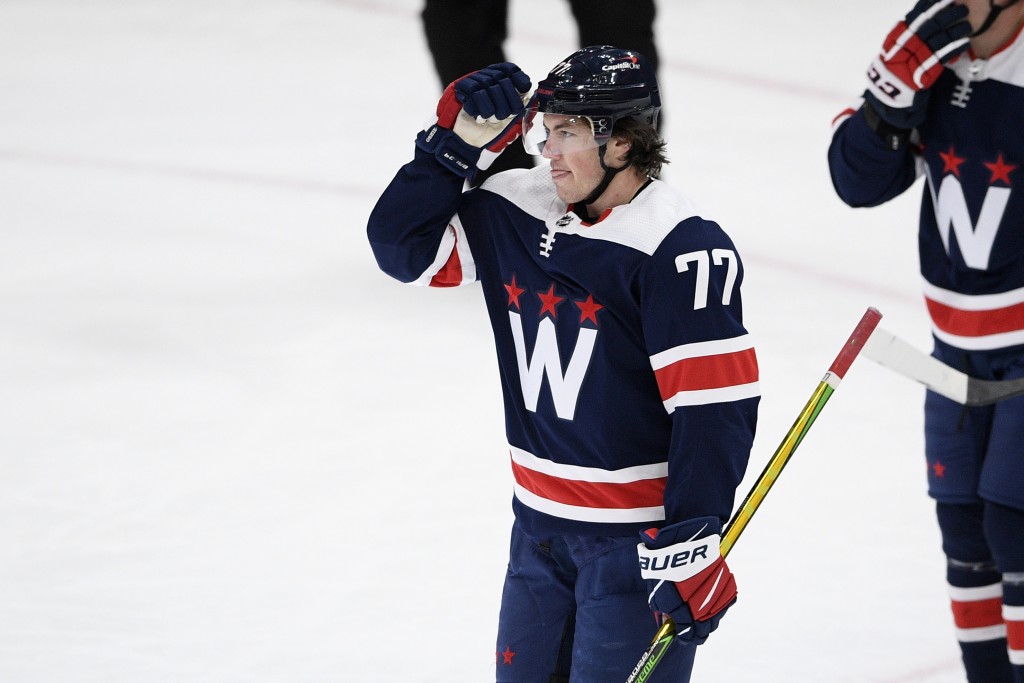 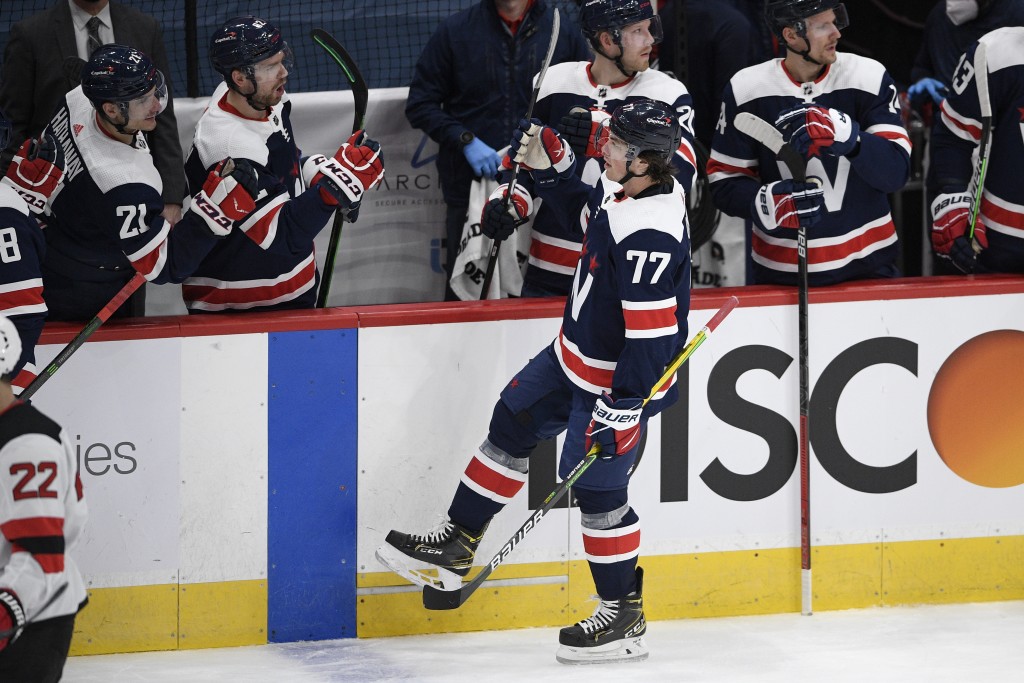 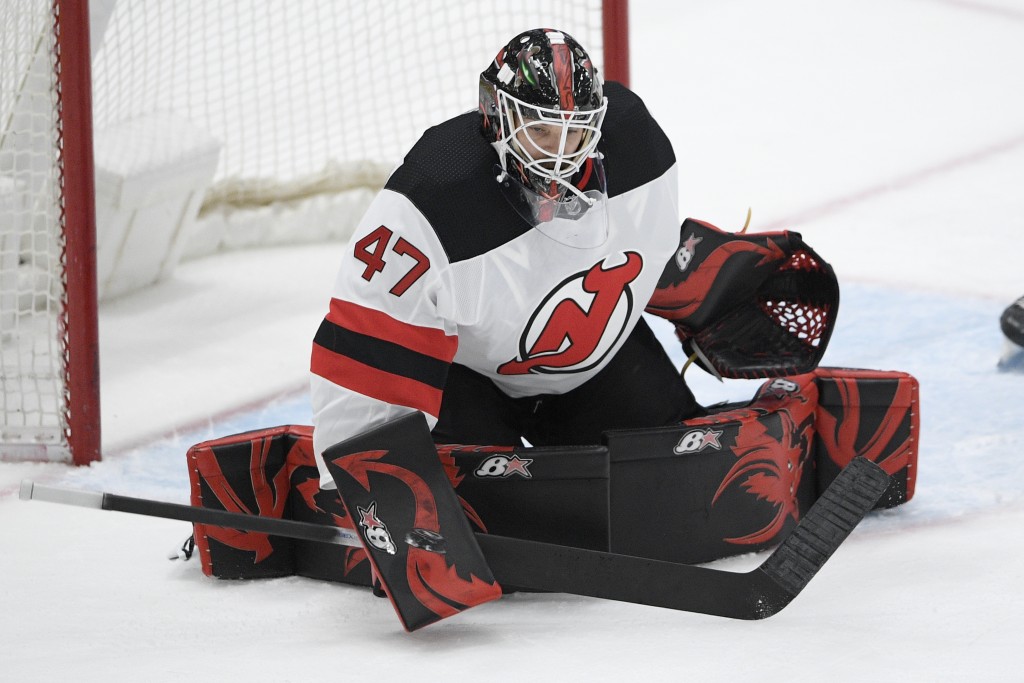 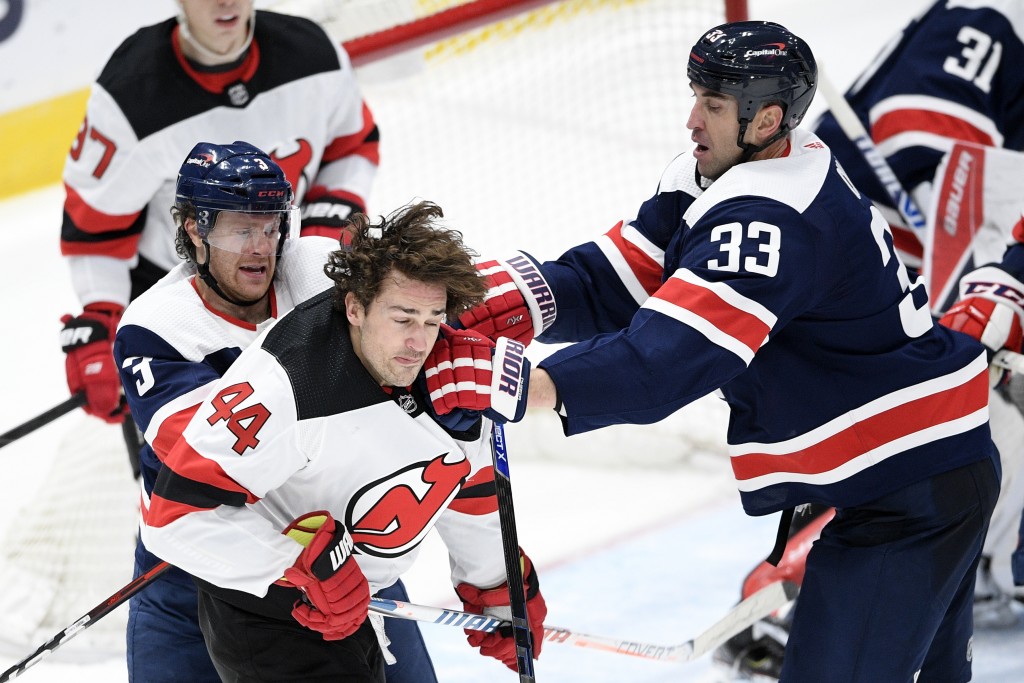 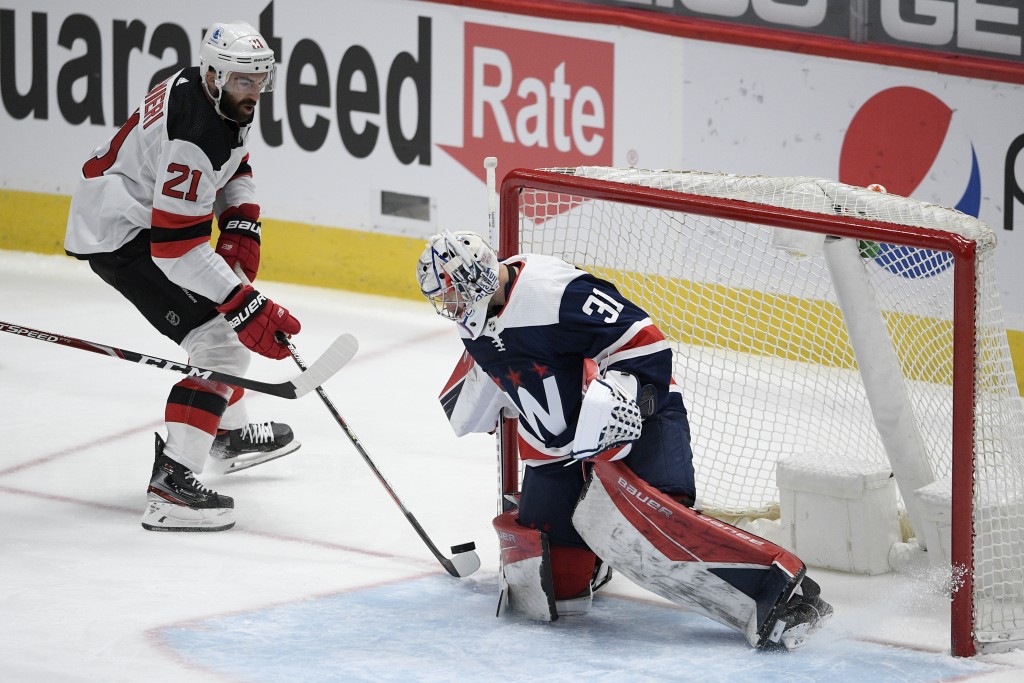 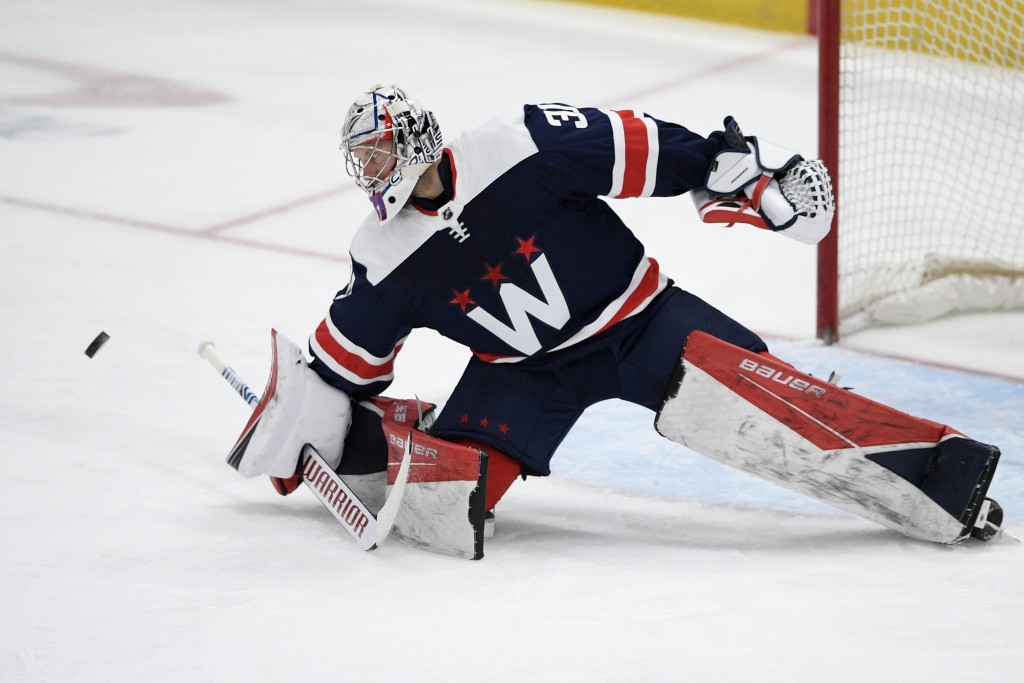 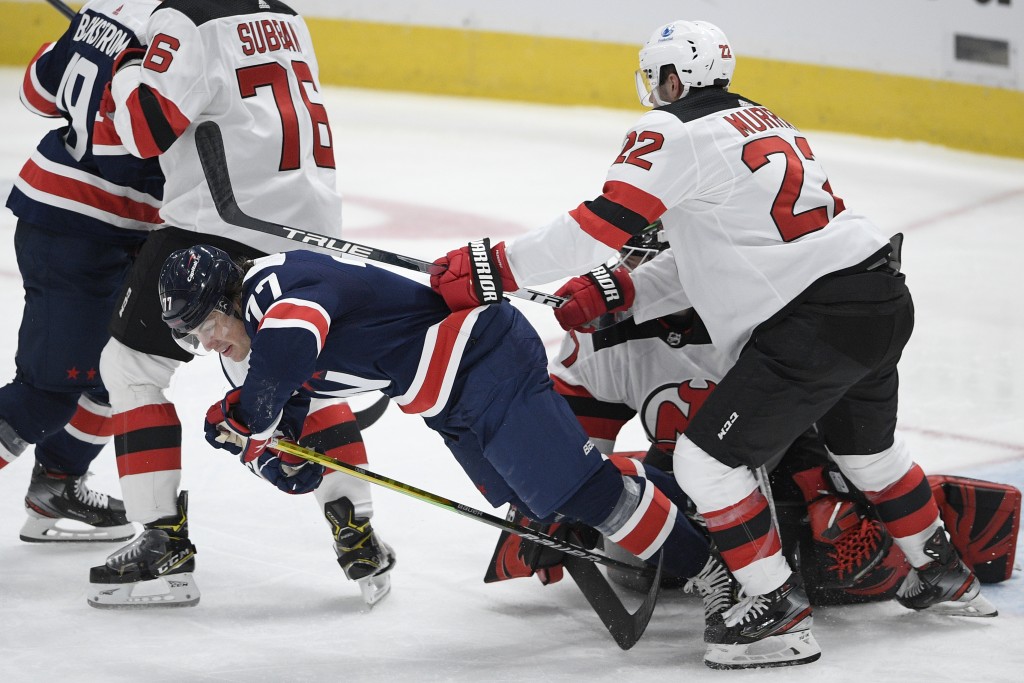 Ovechkin scored with 4:04 left, and that turned out to be a necessary insurance goal when Nikita Gusev beat Craig Anderson with 11.9 seconds left. But it was too late for another comeback, and Washington avoided back-to-back losses.

Anderson made 22 saves for his first NHL victory since March 7. Anderson and New Jersey's Aaron Dell each hadn't started an NHL game in more than 11 months.

After the Devils jumped out to a 2-0 lead, Oshie stared the comeback by scoring on a deflection on the power play in the second period. That ended a nine-game goal drought and Dell's shutout bid on Washington's 23rd shot of the game.

John Carlson tied it midway through the third period, and Oshie beat Dell again on the power play with 8:07 left to put the Capitals ahead. Ovechkin made Washington 3 of 4 on the power play, just his second goal on the man advantage this season.

Washington started slow allowing the first seven shots and falling behind but won for the first time in six afternoon games this season (1-3-2).

Dell stopped 37 of the 41 shots he faced in his first NHL action since March 2020, but it wasn't enough to keep the Devils from losing a second game in a row. New Jersey got goals from Andreas Johnsson and 2019 No. 1 pick Jack Hughes before blowing the lead.

The original NHL schedule had the Capitals hosting the New York Rangers and the Devils off Feb. 20. New Jersey was swapped in as Washington's opponent five days ago, and the game was moved up Saturday from prime time to an afternoon start.

That's because the outdoor game between Boston and Philadelphia needed to be moved back to prevent the same direct sunlight problems that severely delayed Vegas and Colorado on Saturday. The Capitals and Devils each played at home Saturday afternoon, so this adjustment was possible.

“This is a different year,” Devils coach Lindy Ruff said. “I think you’ve got to be ready for anything.”

Anderson and Dell each last started in the NHL on March 11 — the final day of the 2019-20 season before the league suspended play. Anderson actually allowed the final goal before the shutdown, playing for Ottawa at Los Angeles.

After Vitek Vanecek started his 13th consecutive game Saturday and with Ilya Samsonov not yet ready to return, Washington's staff figured it was Anderson's turn on the second half of an afternoon back to back.

“He’s been working hard," coach Peter Laviolette said. "He’s probably been wanting to start. The schedule has allowed us to come back with Vitek. I thought he’s played really well, so we stayed with Vitek, and this back-to-back situation to me is a good opportunity for Anderson to play.”

Samsonov skated again Sunday morning. He got two minor league rehab starts since recovering from COVID-19 but hasn't played for the Capitals since Jan. 17.

“He’s a consummate pro that he prepares well, he’s detailed, a good teammate — he does everything well,” Ruff said. “There's a reason you play 1,000 games, and the reason is because he does so many things well.”

Devils: Host Buffalo on Tuesday night in the opener of a home-and-home series.

Capitals: Host Pittsburgh on Tuesday night for the first of two in a row in Washington between the longtime rivals.