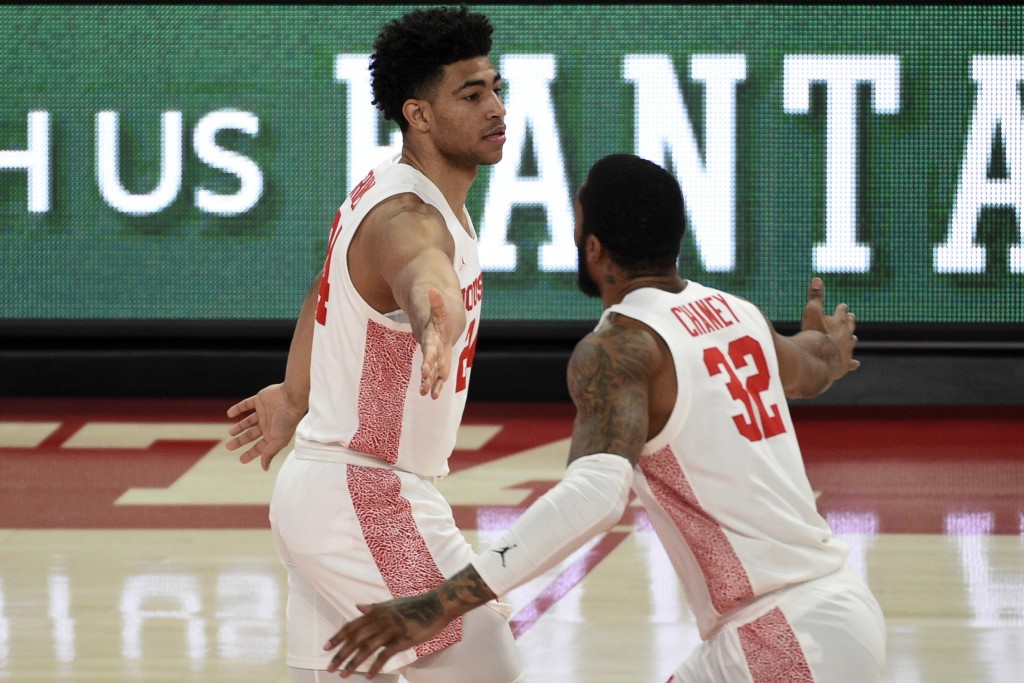 HOUSTON (AP) — Quentin Grimes had 20 points and eight rebounds, and No. 6 Houston used a big first half to roll past Cincinnati 90-52 on Sunday.

The Cougars forced Cincinnati into 13 turnovers, which Houston converted into 22 points.

The margin of victory was the largest for either team in the series, besting a 115-78 win by the Bearcats in Dec. 1998. Cincinnati leads the series with Houston 34-6.

Houston outscored the Bearcats 32-7 over the final 11 minutes of the first half to take a 50-26 lead at the break. Jarreau scored nine points and Mark had eight in the half-ending run.

Cincinnati: The Bearcats played tough for the first eight minutes and held a 19-18 lead behind 6-of-10 shooting but went cold from the floor. ... Cincinnati allowed a season high in points while scoring a season low.

Houston: The Cougars extended their home winning streak to 22 games. ... Houston won the rebounding battle, 47-31, and held a 16-2 advantage in second-chance points. The Cougars also had a 40-16 advantage in points in the paint and 20-6 edge in fast-break points.

Cincinnati: Travels to Tulsa on Wednesday.