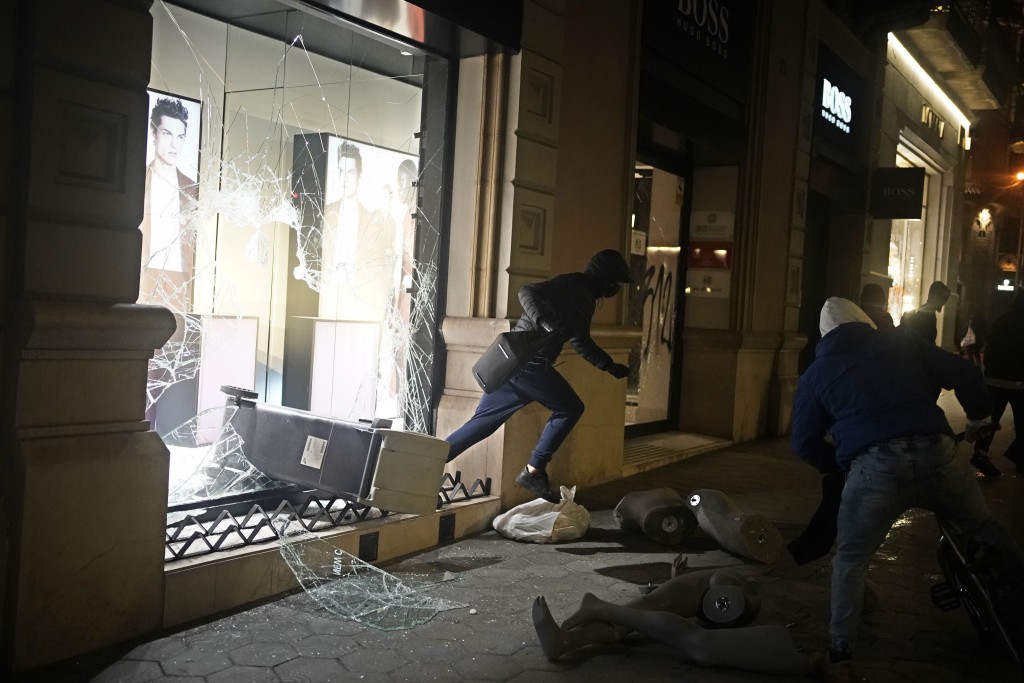 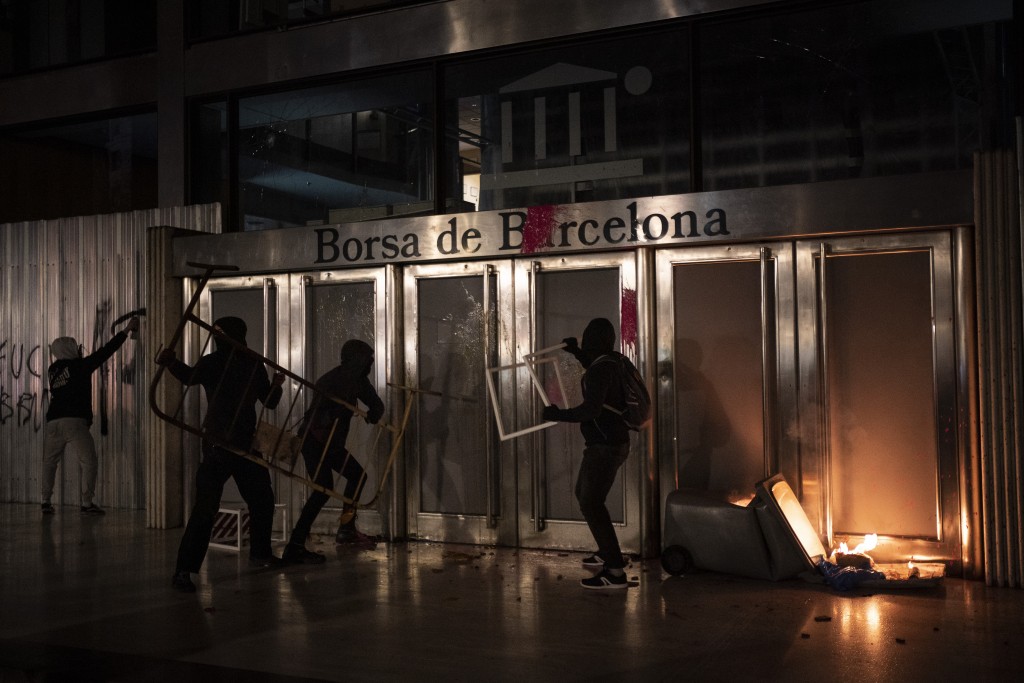 BARCELONA, Spain (AP) — Protests in support of a jailed rapper turned violent for a sixth consecutive night in Barcelona on Sunday.

Protesters mostly dressed in black have hurled stones and other objects at police officers standing guard outside the National Police headquarters in the center of the Spanish city.

More than 100 people have been arrested from violent clashes with police since Pablo Hasél was arrested on Tuesday to serve a ninth-month prison sentence for his tweets and lyrics that insulted the Spanish monarch and praised terrorism violence.

Like previous days, Sunday began with a peaceful protest in Barcelona, where graffiti artists painted a mural critical of Spain’s King Felipe VI and his father, former king Juan Carlos I, to show what they called solidarity with Hasél.

But as night fell, the tension increased as angry youths marched through the city center to the police headquarters.

After half an hour of being pelted by rocks, bottles, trash and firecrackers, Catalan police moved in supported by vans to clear the street in from the station.

Catalan police said that on Saturday over 35 arrests were made in Barcelona and other nearby towns after rioters smashed store windows and engaged in running battles with police. Other protests across Spain, including the capital Madrid, remained mostly peaceful.