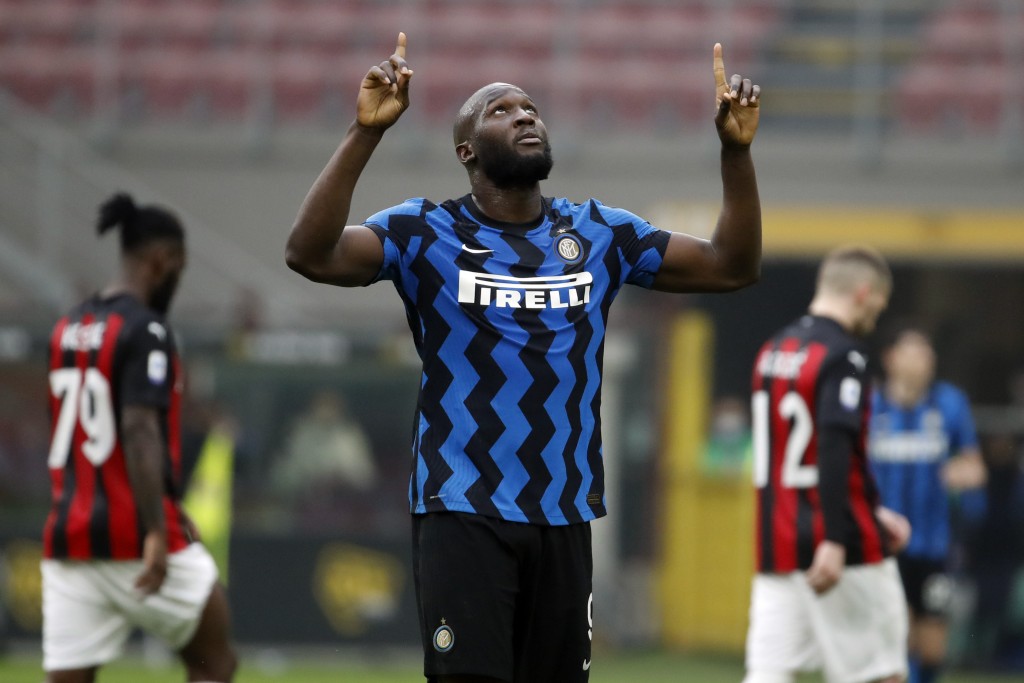 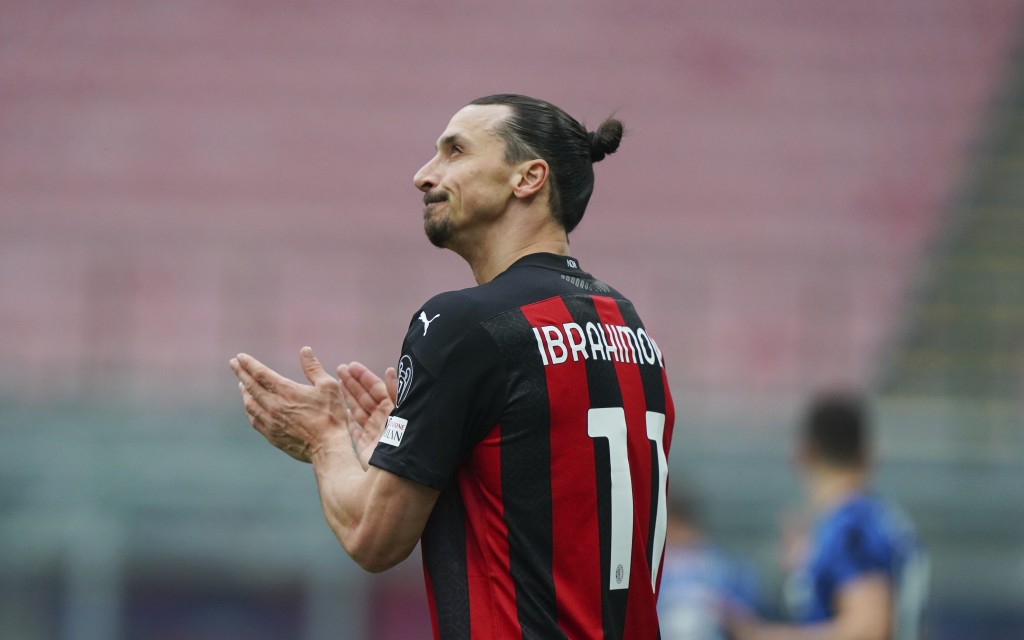 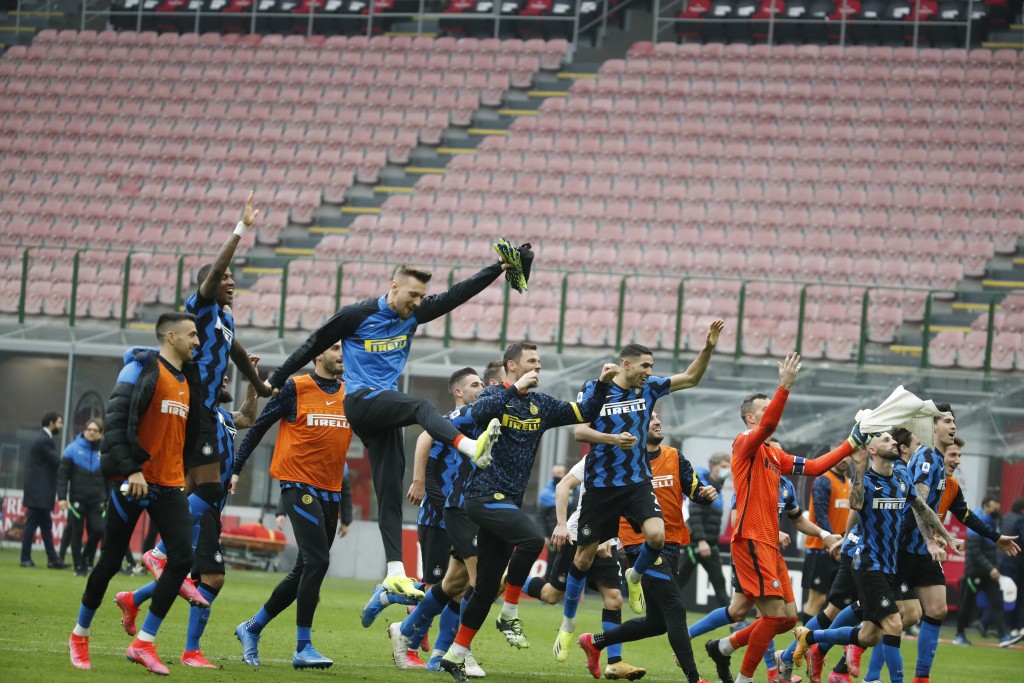 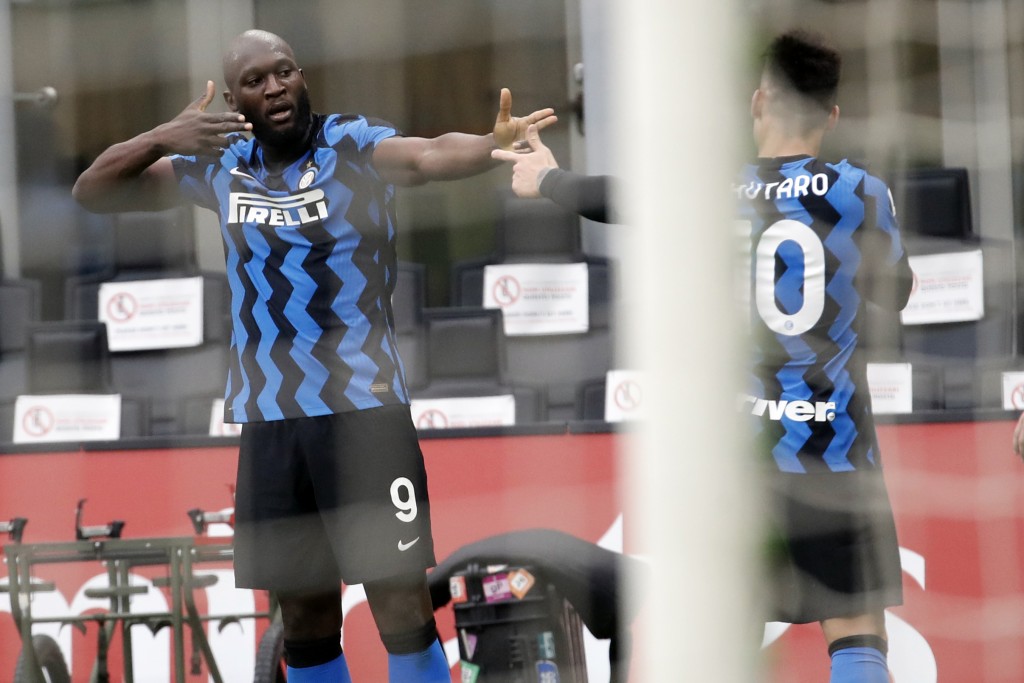 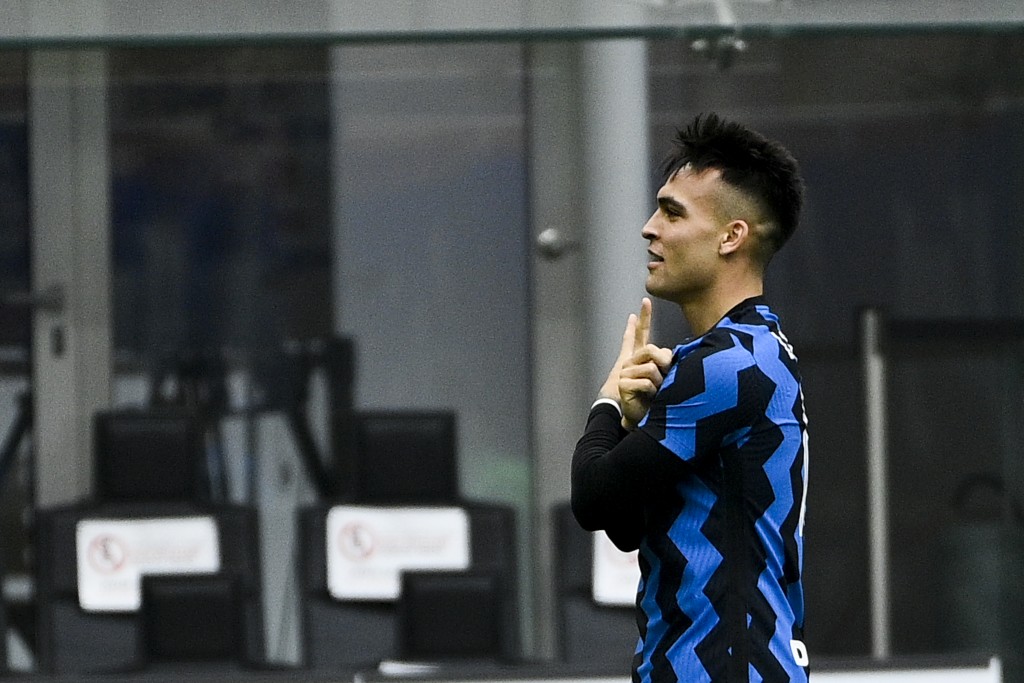 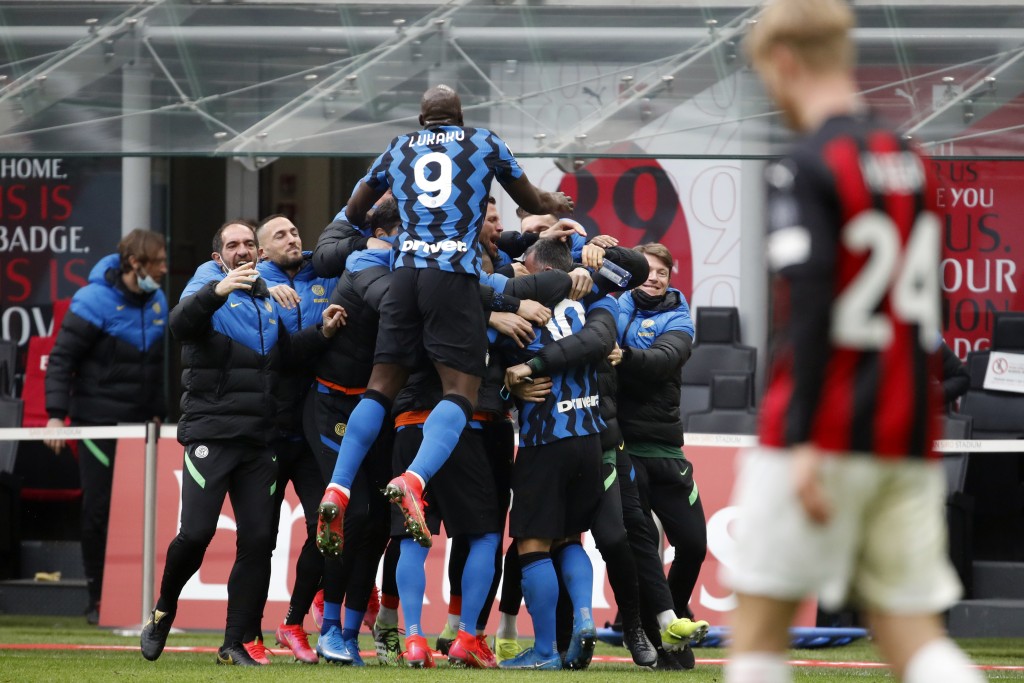 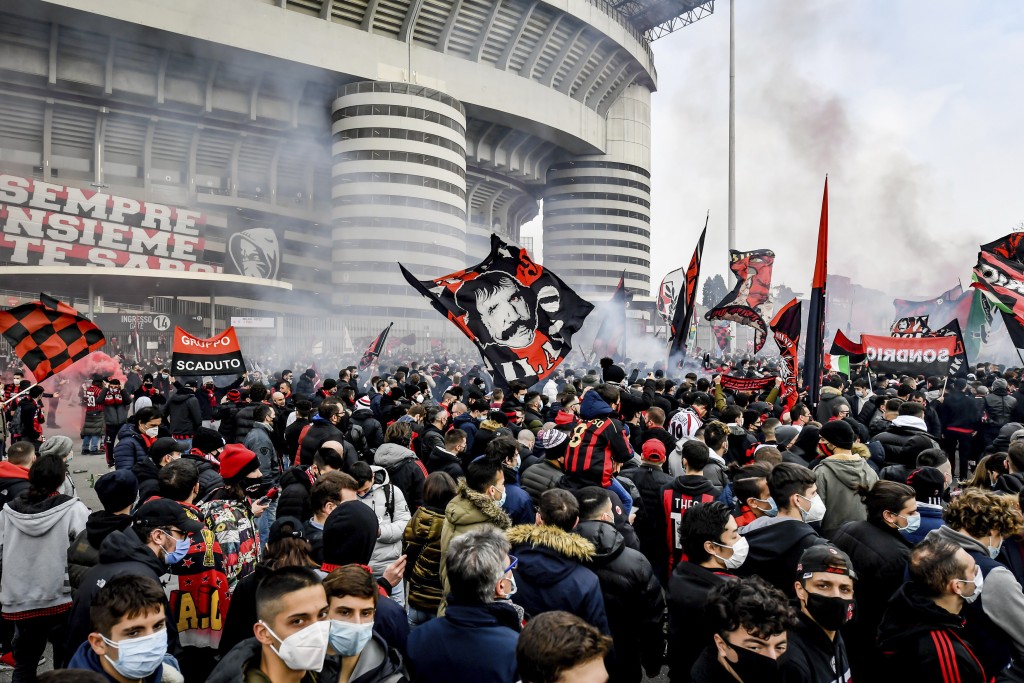 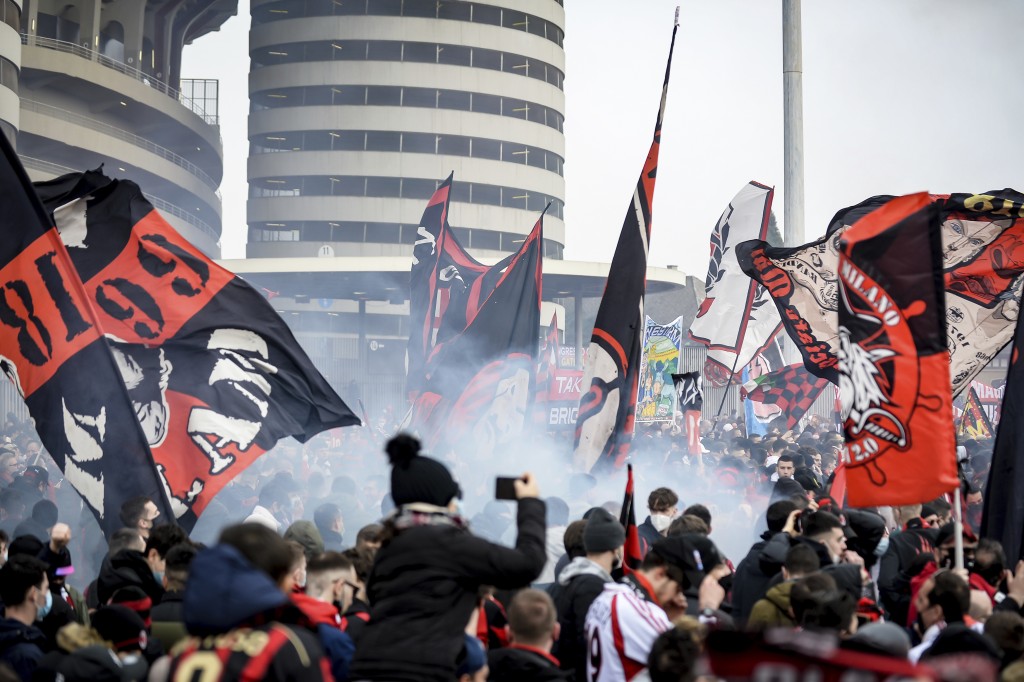 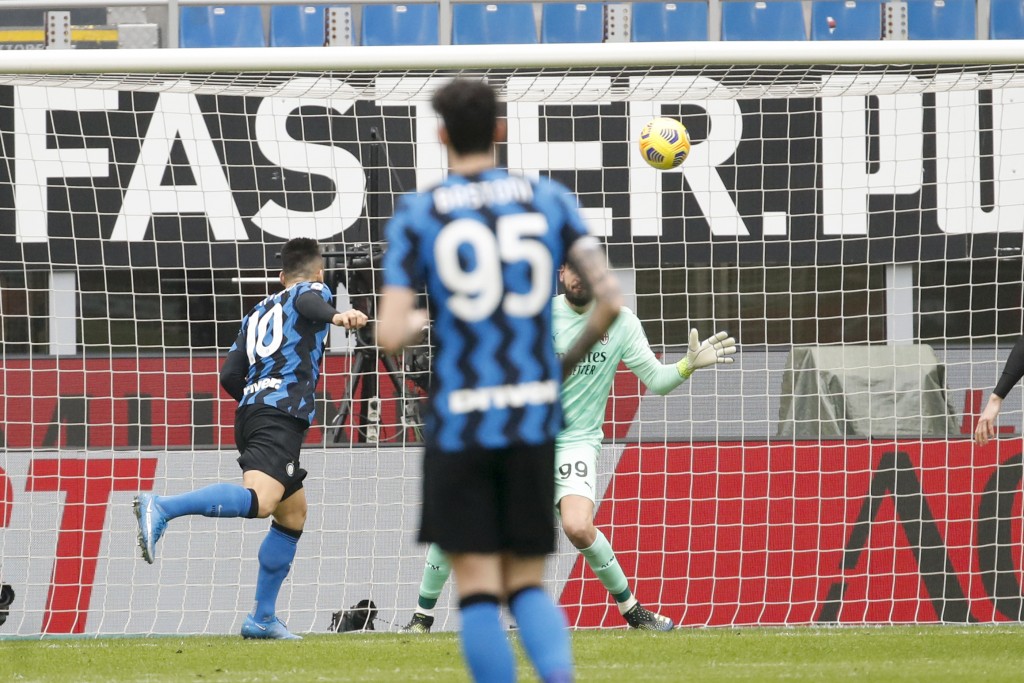 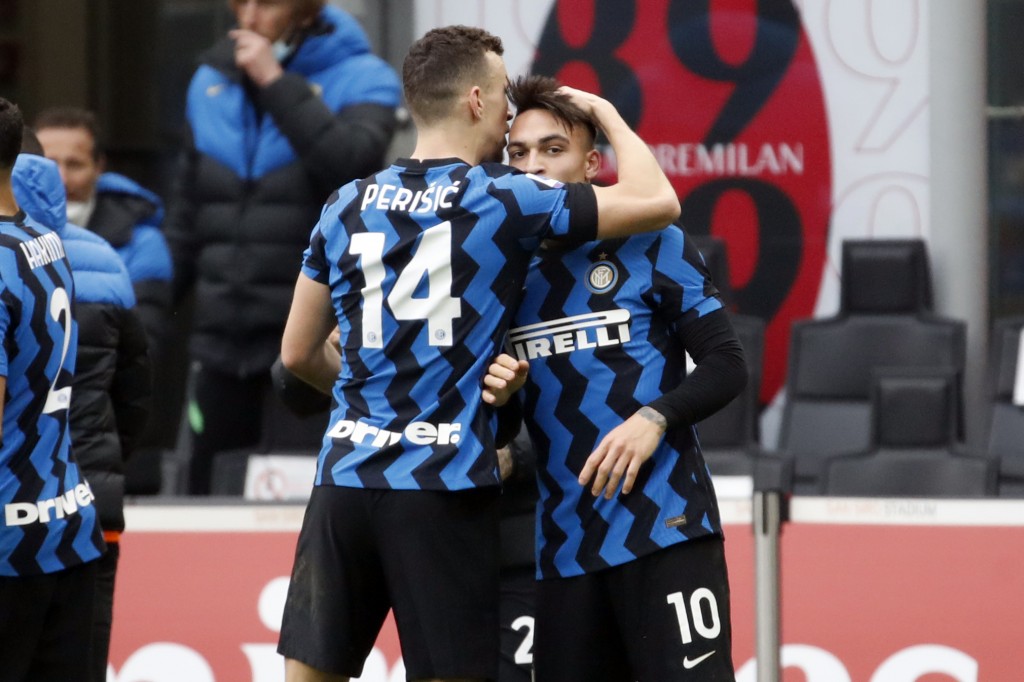 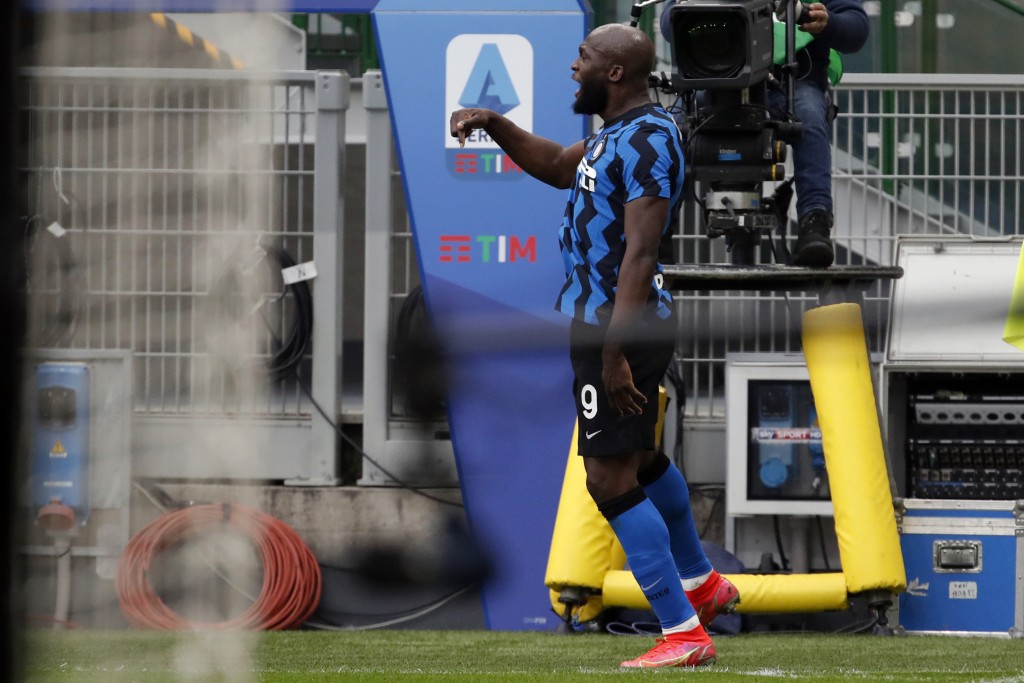 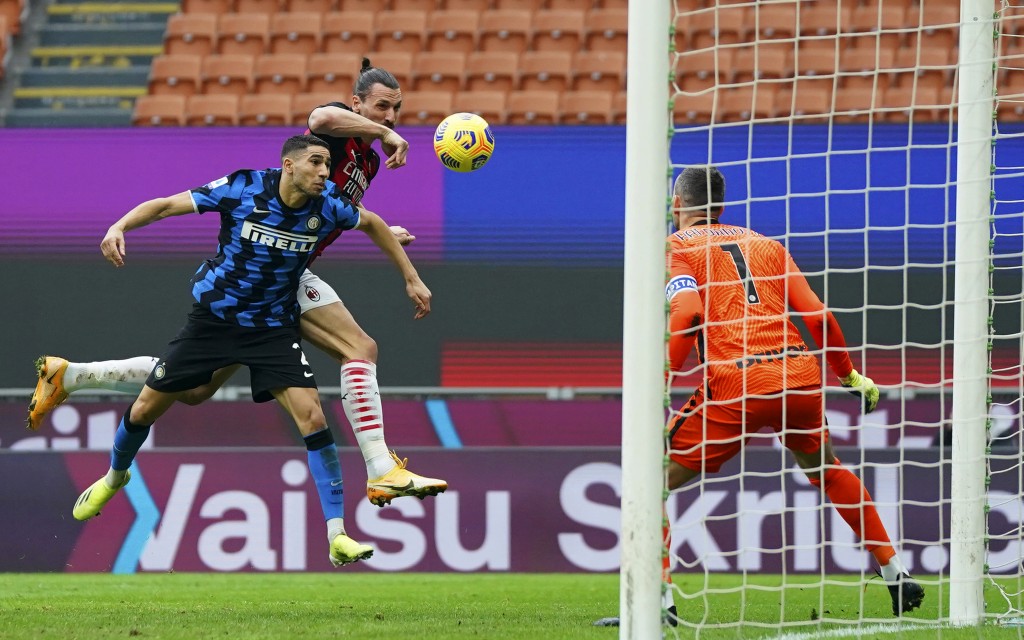 MILAN (AP) — Romelu Lukaku had the last laugh — and goal — as his Inter Milan side beat Zlatan Ibrahimović's AC Milan 3-0 on Sunday in their biggest derby match in a decade.

The game took place almost a month after a heated spat between the two star players.

Lukaku set up Lautaro Martínez for an early opener and sealed the result in the 66th minute with Inter's third. Martínez had doubled his tally early in the second half, during Milan’s best spell of the match.

“Lukaku works a lot and always makes himself available for the team,” Martínez said. “He is a great person and a great player, we are happy to have him with us. I am convinced that he can still improve a lot.”

Inter remained top but extended its advantage to four points over second-place Milan. Napoli could move to within six points of Milan, having played a match less, if it wins at Atalanta later.

“It’s been a difficult week but we’ll get back on track,” Milan coach Stefano Pioli said. “If you told us a year ago, or even just three months ago, that at this point of the season we would be second, we would have leapt in the air with joy.

“That shouldn’t make us satisfied now. We have had three matches in which we haven’t managed to show our true qualities ... we need to get our level back up, we have the quality to continue to do well right until the end.”

The stakes in the Milan derby were higher than they have been in the last 10 years. The last time Inter and Milan went into the Derby della Madonnina occupying the top two spots in the table was in 2011, when Milan was above Inter. The Rossoneri won that match and went on to win the league title — the last team other than Juventus to do so.

There were no supporters in the stadium because of coronavirus restrictions, but thousands of fans from both sides gathered outside to welcome the teams.

“We want to dedicate this win to our fans. The welcome they gave us at the stadium gave us goosebumps,” Inter coach Antonio Conte said. “Credit goes to the lads, they put in an extraordinary performance.

"We prepared really well for the game and they carried out to perfection what we’d been practicing beforehand. There is great satisfaction in seeing this team’s growth and I am pleased because the lads deserve to see the fruits of their labor.”

The match was even more highly charged because the last time the two sides met, on Jan. 26 in the Italian Cup quarterfinals, Lukaku and Ibrahimović were involved in a heated confrontation that is currently under investigation by the Italian soccer federation.

It was Lukaku who helped Inter get off to the perfect start, with less than five minutes on the clock. His first cross was charged down by a great block from Milan defender Simon Kjær but the ball came back out to Lukaku, who floated another cross in for Martínez to easily head into the top right corner.

Inter dominated for long stretches of the first half but Milan appeared a side transformed after the break. Inter goalkeeper Samir Handanović had to make three outstanding saves in quick succession in the opening couple of minutes to deny Ibrahimović twice and then Sandro Tonali.

But Milan’s good work was undone in the 57th when, following a rapid counterattack, Perišić rolled the ball across for Martínez to tap into the bottom left corner.

And Lukaku all but secured the win when he raced from near the halfway line before firing into the bottom left corner.