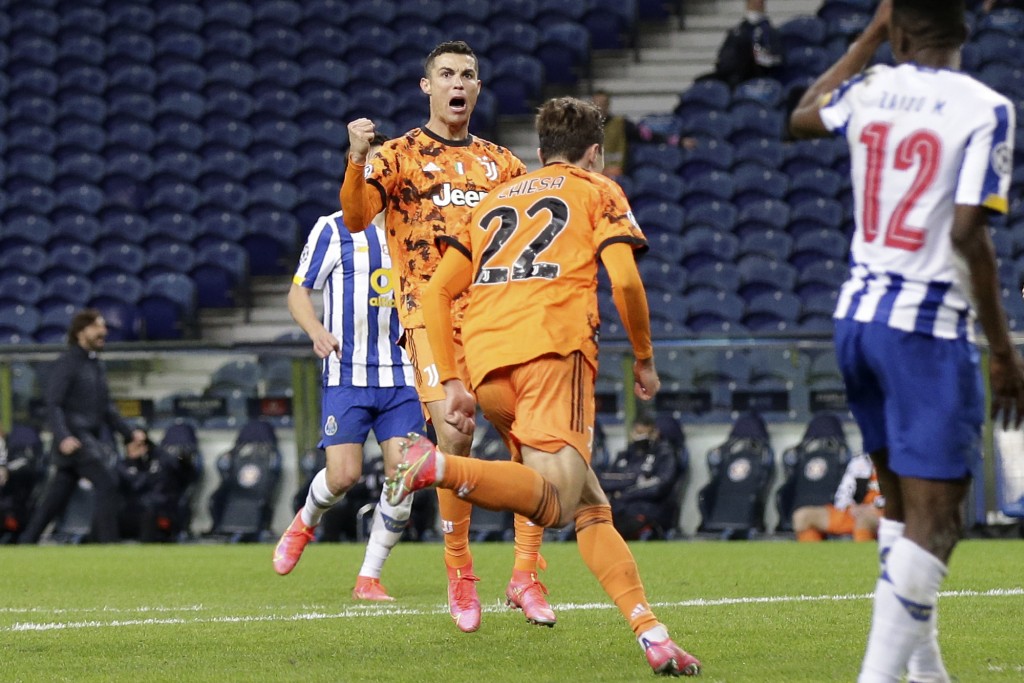 A look at what’s happening in European soccer on Monday:

Nine-time defending champion Juventus will be looking for a big win against bottom club Crotone to boost its title chances and also its confidence after a disappointing week. Juventus lost 2-1 at Porto in the first leg of the round of 16 of the Champions League on Wednesday. That came days after a 1-0 loss at Napoli in the Italian league. Cristiano Ronaldo hasn’t scored for Juventus since its last win, a 2-0 victory over Roma at the start of the month. A win would move Juventus into the top four, eight points behind Serie A leader Inter Milan but having played a match less. Crotone has lost its last four matches to leave it eight points from safety. However, Crotone has drawn its previous two matches against Juventus.

Crystal Palace’s injury woes show no signs of improving as it plays rival Brighton following back-to-back losses in the Premier League. Palace appeared to have regained its early-season form but the recent loss of Wilfried Zaha to a hamstring problem appears to have affected the squad. In the previous 20 matches that the Eagles have taken the field without the forward, they have had 18 losses. Graham Potter’s Brighton aims to extend its six-game unbeaten league run which has kept the team clear of the relegation zone.

Fourth-place Sevilla goes for its fifth straight Spanish league win when it visits Osasuna, which has won two in a row. Sevilla had its nine-game winning streak in all competitions ended by a 3-2 home loss to Borussia Dortmund in the Champions League on Wednesday. Osasuna is coming off victories over Eibar and Levante. It is four points above the relegation zone in the Spanish league.