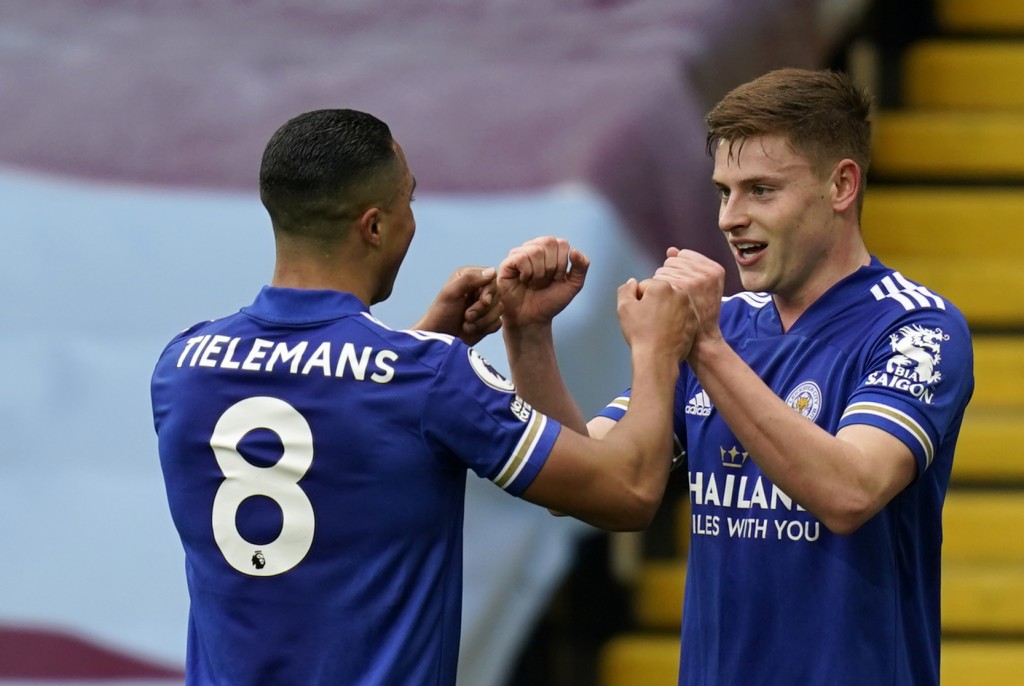 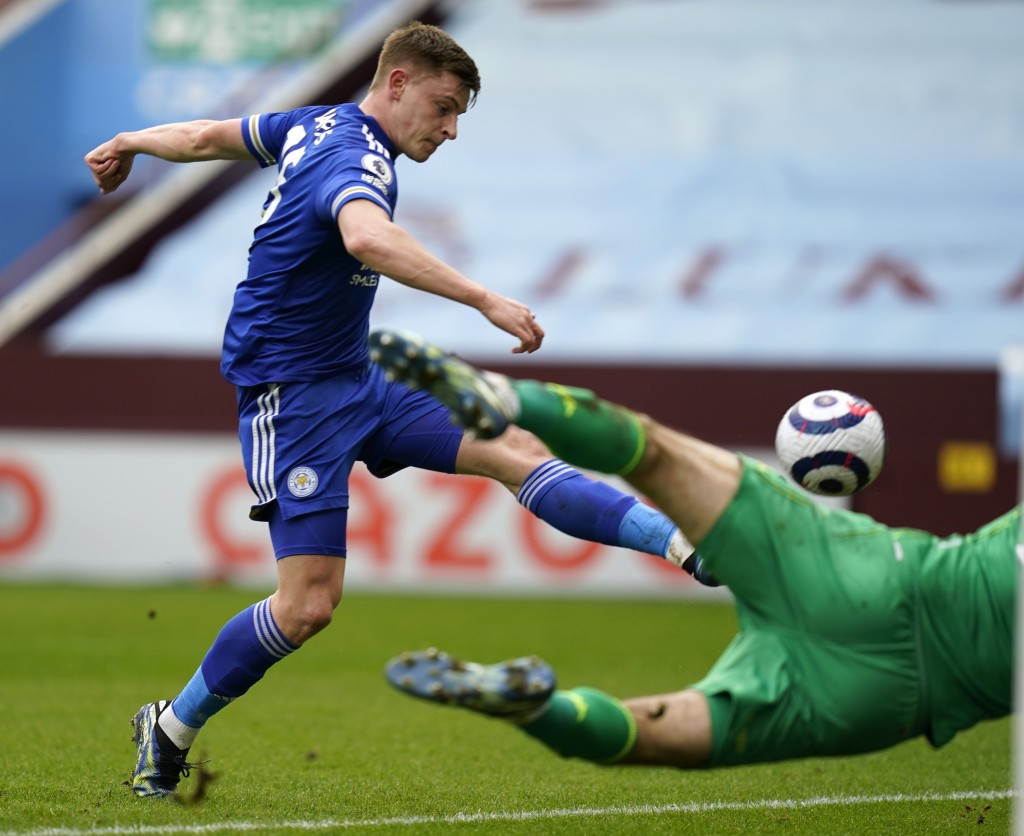 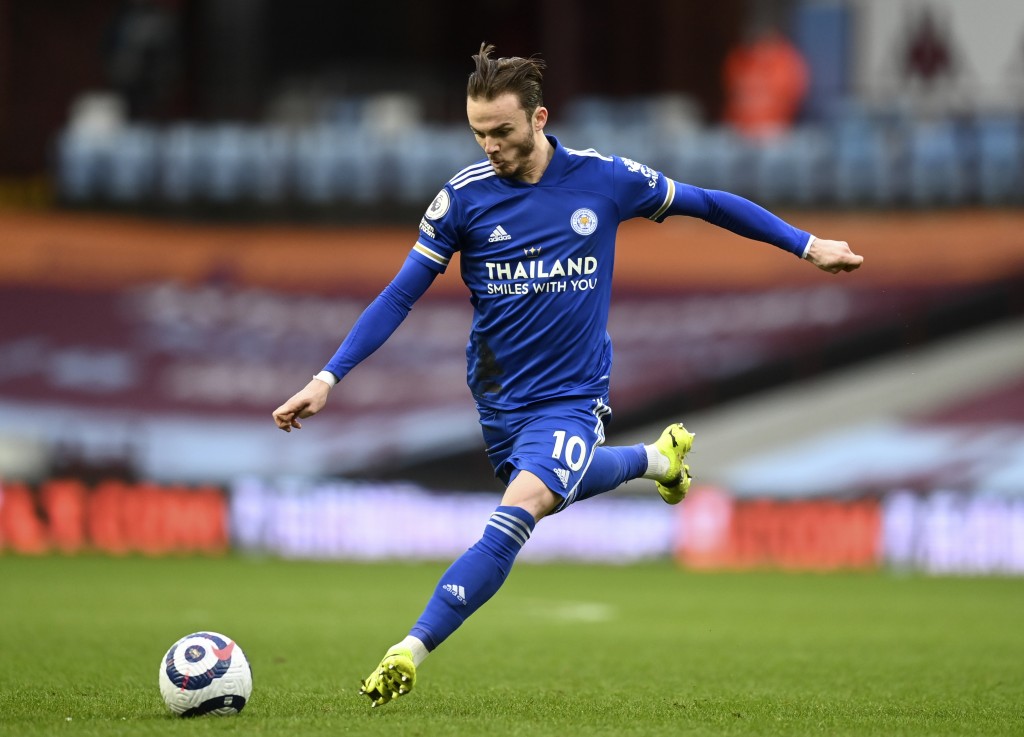 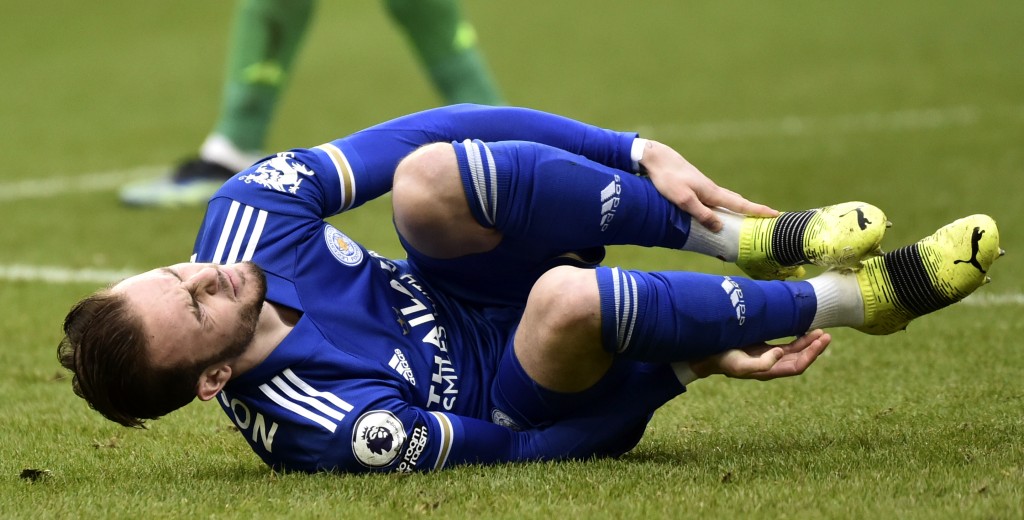 BIRMINGHAM, England (AP) — Leicester strengthened its position in the Premier League’s top four with a 2-1 win at Aston Villa thanks to early goals by James Maddison and Harvey Barnes on Sunday.

Villa was without Jack Grealish because of injury and made a slow start without its inspirational captain, going 2-0 down by the 23rd minute at Villa Park.

Barnes laid the ball off to Maddison, who slotted a shot into the bottom corner from the edge of the area in the 19th.

The winger then scored himself, forcing home a rebound high into the net after Villa goalkeeper Emi Martinez could only palm away a fierce effort from Jamie Vardy.

Bertrand Traore gave Villa hope by pulling a goal back in the 48th from close range after John McGinn helped on a cross by Matt Targett, but Leicester held on to move above Manchester United into second place. United plays Newcastle later Sunday.

Leicester, which is six points clear of fifth-place Chelsea, hasn't played in the Champions League since the 2016-17 season — the season after winning the Premier League in improbable fashion.

One negative for Leicester was the sight of Maddison walking off gingerly midway through the second half, having earlier complained of both foot and hip injuries after a heavy but fair tackle by Villa midfielder Douglas Luiz.

Villa has won just one of its last four games and has dropped seven points off the European positions, albeit with two games in hand over most of its rivals.

The loss of Grealish is a big blow and Villa manager Dean Smith was guarded about the exact nature of the injury the midfielder picked up in training. Local media reported Grealish has shin splints.

“We don’t believe it’s a long-term injury,” Smith said before kickoff. “We’re just going to assess him as he goes.”