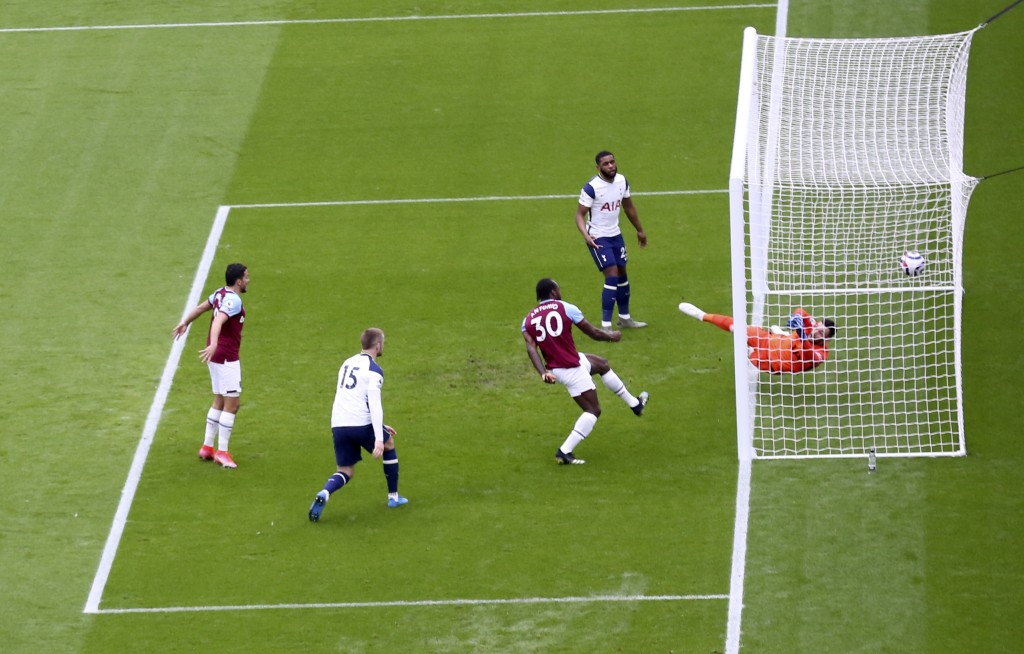 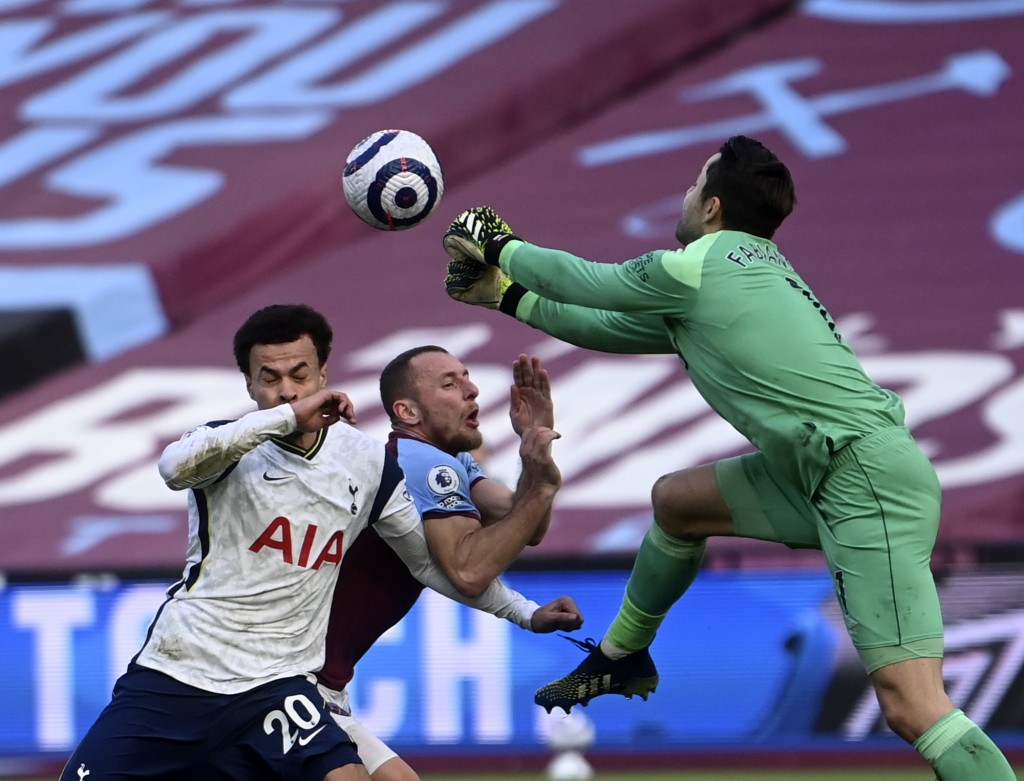 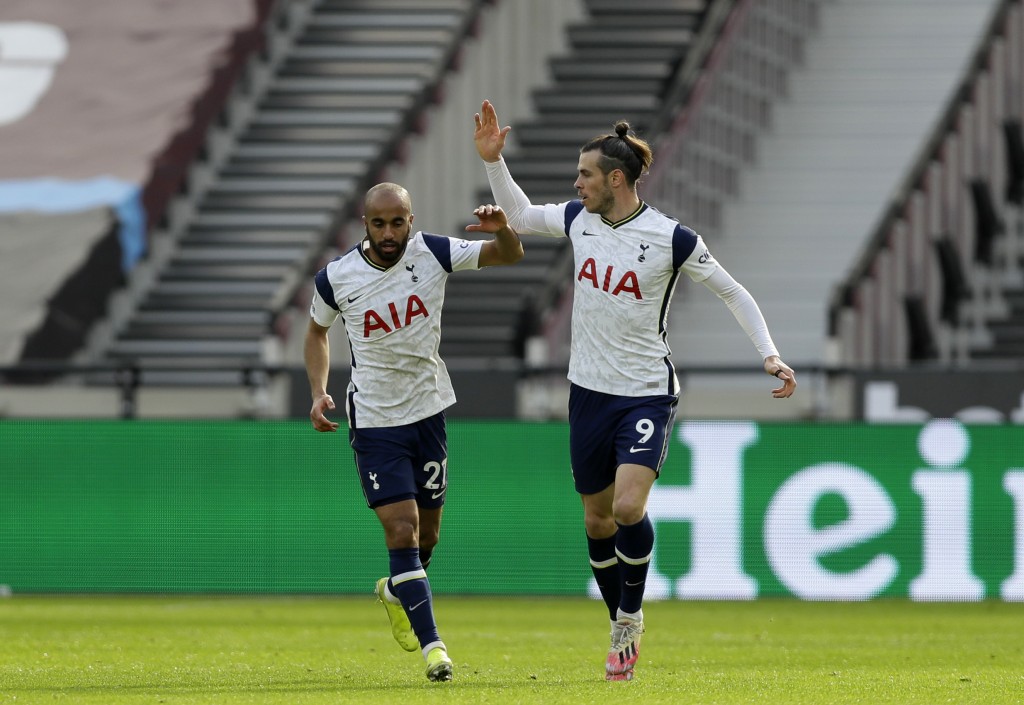 LONDON (AP) — West Ham strengthened its unlikely push for Champions League qualification by beating Tottenham 2-1 to climb into the top four of the Premier League on Sunday.

Jesse Lingard, rejuvenated after his loan move from Manchester United last month, scored what proved to be the winning goal in the 47th minute after running onto a pass from Pablo Fornals and burying an angled shot with his left foot.

Tottenham had also conceded a goal early in the first half with fit-again striker Michail Antonio converting a loose ball from close range after his initial glancing effort was kept out by goalkeeper Hugo Lloris in the fifth minute.

Lucas Moura pulled a goal back for Tottenham in the 64th with a header from a corner by Gareth Bale, whose impressive performance as a second-half substitute also saw him smash a shot against the crossbar from the edge of the area.

Son Heung-min also struck the goal frame in stoppage time with an effort he knew little about that looped up over West Ham goalkeeper Lukasz Fabianski.

Tottenham dropped nine points off the Champions League positions, the fourth and final one currently being occupied by West Ham as David Moyes continues to rebuild his managerial reputation at an east London club that is more often found battling against relegation.